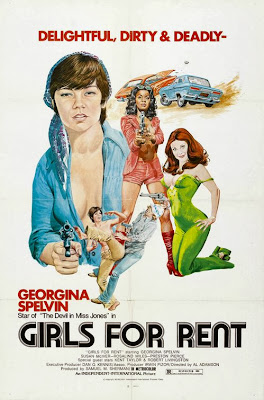 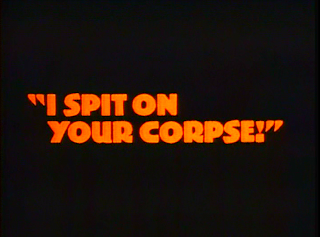 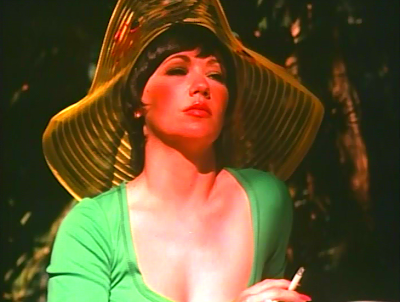 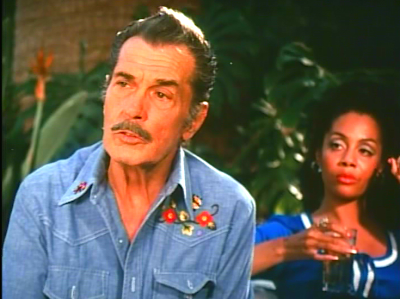 Georgina plays Sandra who's busted out of a female chain gang crew by Erica (Rosalind Miles - Shaft's Big Score) as she's been recruited to join "the syndicate", a crime organization run by Moreno (Adamson regular Kent Taylor, in his last role). Sandra has been brought on board to be V.P. in charge of operations (!?) of Moreno's all girl gang (hanging out in bikinis on a poolside leather sofa) and who specialize in blackmailing & knocking off big wig politicians & law enforcement types.
Sandra's first job gets a bit off track however as she hires prostitute Donna to drug a politician to get some compromising picture of him. However unbeknown to Donna she's slipped him lethal poison instead and after he dies she flees in panic to Mexico with Sandra (who turns out to be a bit of a psycho) & Erica in hot pursuit with orders to kill her. Catching up to her on a desolate stretch of desert highway Sandra & Erica attempt to run her off the road in a "high speed" (involving a Ford Pinto ?!) chase whereupon the hit ladies car is wreaked and Donna escapes and stops at a remote gas station. 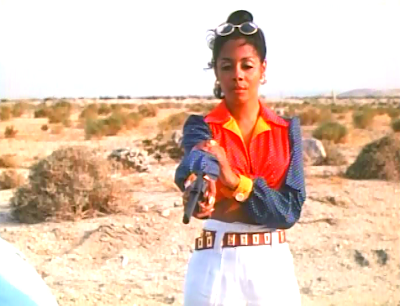 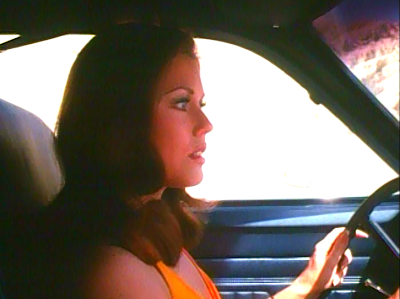 While at the gas station she meets a female hitchhiker, who after Donna refuses to a give a lift to, steals her car (which leads to a grim piece of mistaken identity later). Finding herself stranded she turns down a ride from normal guy Chuck and instead catches a ride from creepy old guy H.R. in his pick-up (veteran cowboy actor Bob Livingston) who takes her back to his isolated ranch as a "present" for his mentally challenged son Ben. After stripping down for him Donna discovers that Ben isn't quite up to the task and as he stands there befuddled she hot tails it out of there stealing H.R.'s pick-up. 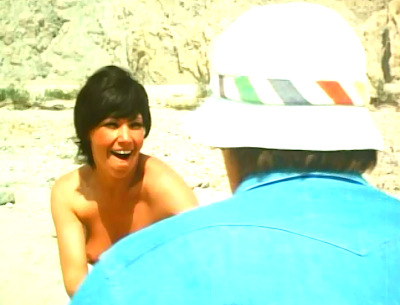 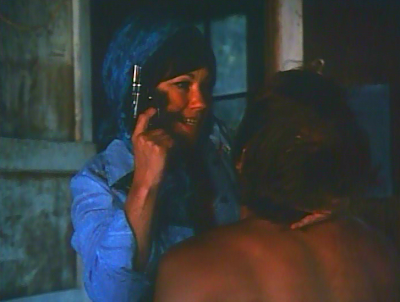 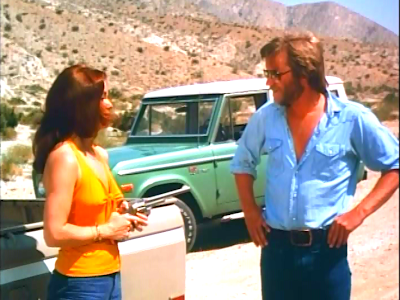 Hitchhiking after wreaking their car Sandra & Erica steal one by having Sandra do a boob flash at a carload full of guys and after getting them to stop she kicks some ass with topless kung-fu. Tracking Donna back to H.R.'s ranch Sandra kills son Ben by getting him sexual aroused by grinding away on his lap with her pants down and shirt open, then blasting his brains out just as he climaxes (and then knocks off H.R.).
By know after running out of gas in the stolen pick-up Donna meets back up with Chuck from the gas station and he agrees to help her (after getting it on at his campsite by campfire). Sandra & Erica soon show up which leads to running gun battle and climaxing with exploding cars and dune buggy chases.
Despite some slow parts and filler the story generates some real tension and Spelvin & Miles make a great team (their acting is by far the best here). Spelvin is especially good - maniacally killing almost everyone she comes across plus bounding up & down rough terrain and rolling down rocky hills. 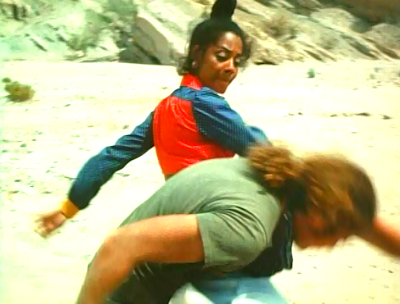 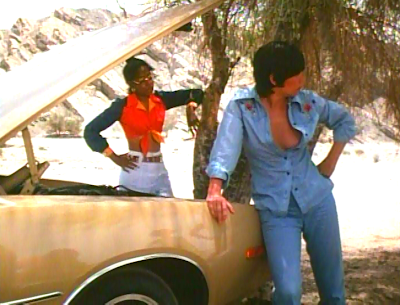 Torma's DVD is one of their nicer Sam Sherman releases image wise. There's also an as always enjoyable commentary with Sherman where he relates many stories concerning the production - including the refusal of Miles to do nudity upon her arrival on the set, which met the scuttling of a skinny dipping scene with her & Spelvin (which undoubtedly would have been a highlight here). Sherman also reminisces about his friend & partner Adamson who was killed by a contractor working on his house in 1995 and was later found buried under an indoor jacuzzi in his house.
Regina Carrol (The Freak-Out Girl !) who was Adamson's wife and frequent star was wardrobe mistress on this and all-around exploitation guy Gary Graver was the cinematographer. 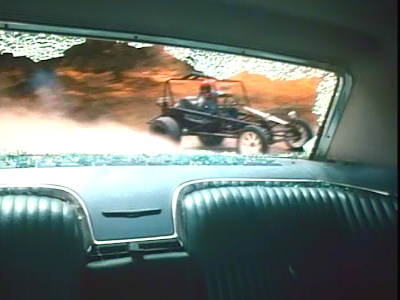 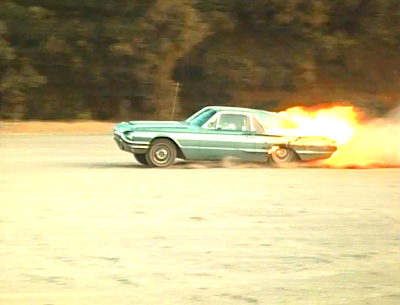 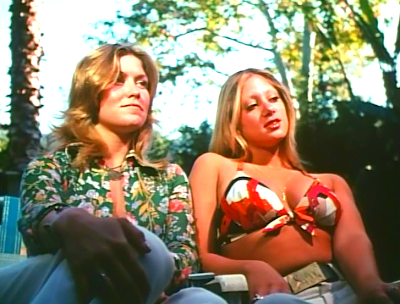 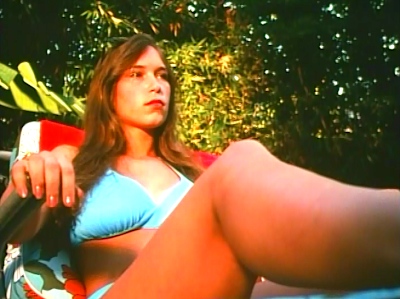