The Criterion Blogathon hosted by Criterion Blues, Speakeasy and Silver Screenings
(a very big thanks to the above hosts for organizing this !) 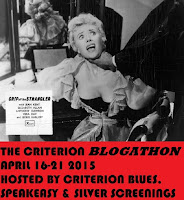 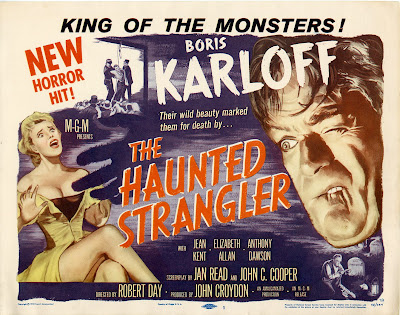 "Their wild beauty marked them for death by ..... The Haunted Strangler" 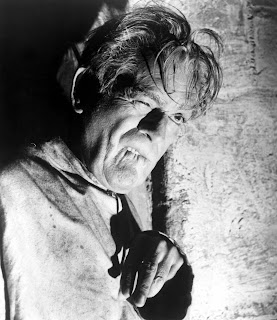 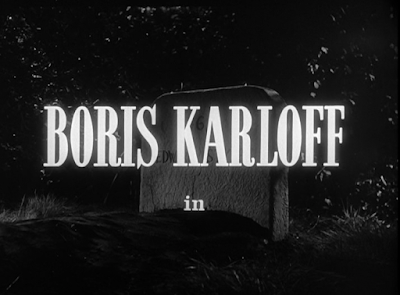 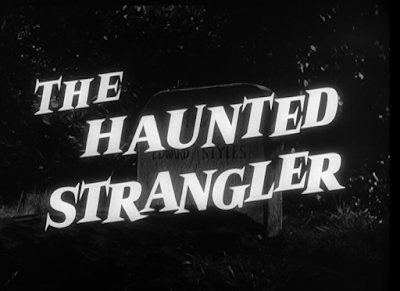 During the later half of the 1950's Boris Karloff's movie career was seeming winding down. Entering his early 70's he worked mostly in television and in theatre with only his only forays into motion pictures being projects such as the odd VOODOO ISLAND from 1957 and 1958's goofy but entertaining FRANKENSTEIN 1970.
In 1957 producer Richard Gordon and approached Karloff about doing a pair of horror films in England, with the result being THE HAUNTED STRANGLER and 1958's CORRIDORS OF BLOOD. Harking back to the Gothic horrors of Karloff's earlier genre work they also bear a nodding resemblance to the Boris's Val Lewton films (in particular CORRIDORS in relation to Lewton's THE BODY SNATCHER), with STRANGLER also mixing in a bit of Dr. Jekyll and Mr. Hyde and a dash of Tod Slaughter. Being filmed in England on sets at the MGM British studios and beautifully shot in B&W by Geoffery Faithfull (VILLAGE OF THE DAMNED) both films have handsome look to their productions that belay their small budgets.
In both films Karloff plays sympathetic characters who are drawn in to dark circumstances beyond their control (whether by their own fault or not) which leads to their downfall. In THE HAUNTED STRANGLER (which went out in Britain as GRIP OF THE STRANGLER) Karloff plays James Rankin, who would be best described as "social reformer" in 1880's London. He begins investigating a case involving a serial killer known as "The Haymarket Strangler" and a one armed man (as it's explained the victims were "half strangled, then slashed to death !") named Edward Styles who was executed 20 years earlier after being convicted of the crimes. 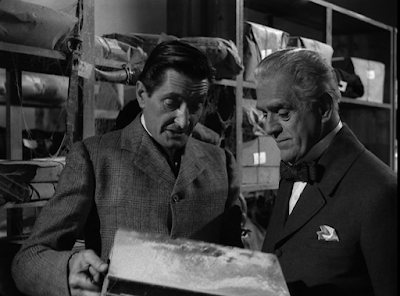 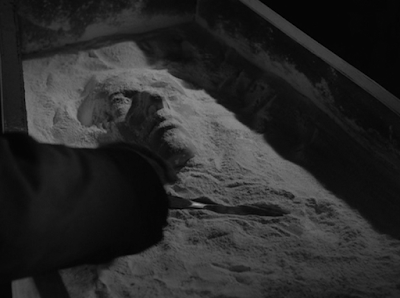 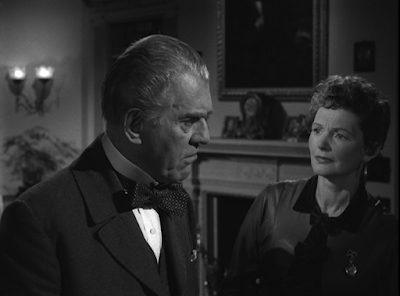 Believing that the judicial system is rigged against people of lower economic standing and convinced that Styles was innocent, Rankin along with his assistant Dr. Kenneth McColl (Tim Turner) begin investigating the crime. Also lurking on the sidelines is Rankin's doting wife (Elizabeth Allan MARK OF THE VAMPIRE) and step-daughter Lily (Diane Aubrey VILLAGE OF THE DAMNED). Lily also serves as the love interest for Dr. McColl - when he's not ogling dance hall girls.
Rankin begins butting heads with Supt. Burke (an unusual "good guy" authority role for Anthony Dawson from DR. NO and CURSE OF THE WEREWOLF) and his investigation soon leads to a Dr. Tennant (who preformed the autopsy on Styles after his execution) and to a cabaret with the wonderful name of The Judas Hole where several of the victims had worked. Rankin then discovers Dr. Tennant's medical bag which has the scalpel missing and makes the rather quick and unconnected deduction that the scalpel is located in Styles casket (a sequence which was shown in the film's prologue).
Finding no one to believe his theory that Tennant himself was the murderer Rankin bribes a guard and sneaks into the creepy prison graveyard and upon finding the scalpel in Styles coffin he immediately twists his arm to his side and contorts his face into a lopsided grimace. Karloff does the entire transformation without the benefit of make-up and while his exaggerated gestures and leering expression might elicit a few chuckles today (it made quite an impression on me as a child) it's still quite a performance and it is wonderful to see Karloff at this stage of his career scuttling amongst graveyards and diving with gusto into a true Gothic horror. 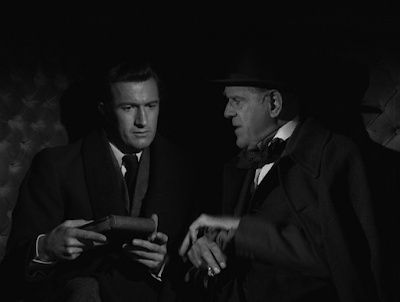 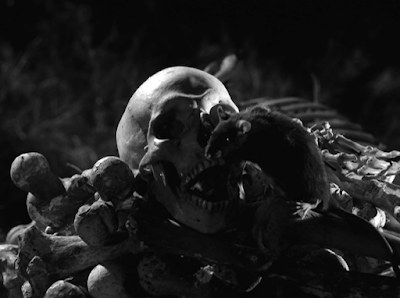 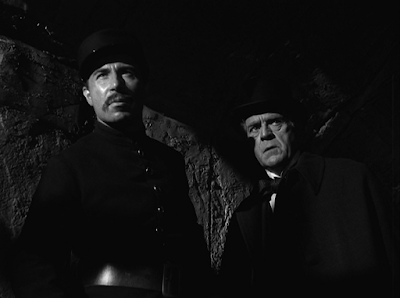 The script by producer John Croydon (DEAD OF NIGHT and THE PROJECTED MAN - here under a "John C. Cooper" pseudonym) along with Jan Read (JASON AND THE ARGONAUTS) has a couple of nice twists while attempting some pseudo psychology for the cast to mull over and gives forth some wonderful dialogue for Karloff's inmedible vocal delivery. Released the same year as Hammer's CURSE OF FRANKENSTEIN, STRANGLER seems almost quaint with it's moody B&W photography and lack of blood (CORRIDORS OF BLOOD as befitting its title is far more bloody - albeit still in B&W) as in the next couple of years British producers would continue to ramp up the blood and sex (with sometimes extra "spice" added for the Continental market). The next year Karloff would appear in the daffy FRANKENSTEIN 1970 for Allied Artist before returning to primarily TV work until the 1960's brought about another round of film work mainly for A.I.P. (including the masterful BLACK SABBATH for Mario Bava) along with the odd Euro/British or Mexican project.
Labeled here as "King of the Monsters !", Karloff although 70 years old at the time and somewhat hobbled with the arthritis and back problems that continue to plague him (and escalate) throughout the remainder of his life gives gives a wonderful & sympathetic performance here, seemingly buoyed by working in his home country and back on familiar ground in period B&W horror. Really getting into the physicality of the transformation (as mentioned a bit over the top) he seems to relish the role of "the monster" with some as expected body double for the more strenuous stunts including Rankin doing his best John Wilkes Booth as he leaps to the stage after a murder. 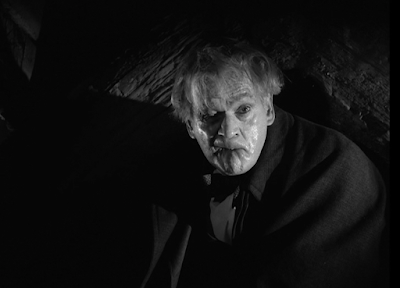 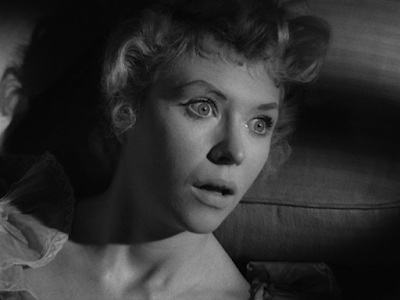 Moving from fog shrouded graveyards to shadowy prisons and Victorian drawing rooms THE HAUNTED STRANGLER is a beautiful looking film and with Karloff front and center most of the other roles seem to fade into the background with the exception of the great Anthony Dawson (you keep waiting for him to switch gears and do something evil or unsavory) and although the film does partly take place in a dance hall there is quite a bit more energetic can can dancing then required for the plot.
Much of the same crew (and Boris) were also on hand for Richard Gordon's companion piece CORRIDORS OF BLOOD which is more of a historical drama dealing with Karloff as a pioneering surgeon (and an appearance by Christopher Lee) experimenting with anesthetic who unfortunately becomes addicted to drugs and gets involved with grave robbers. These two films along with THE ATOMIC SUBMARINE and FIRST MAN INTO SPACE are in the nifty Monsters and Madmen from Criterion.
THE HAUNTED STRANGLER originally went out on a double bill with Gordon's crawling brain opus FIEND WITHOUT A FACE (also available from Criterion as a standalone release). 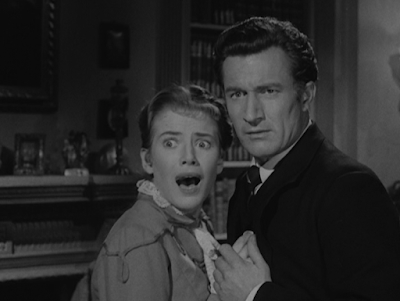 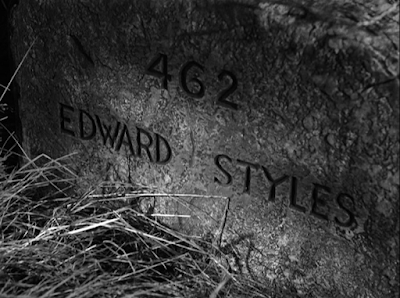 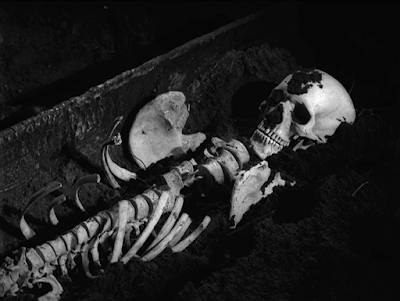 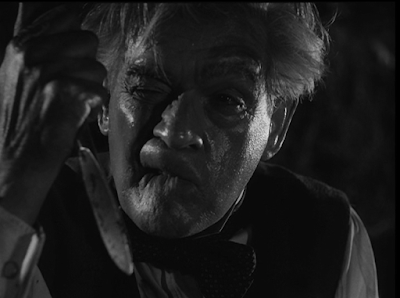 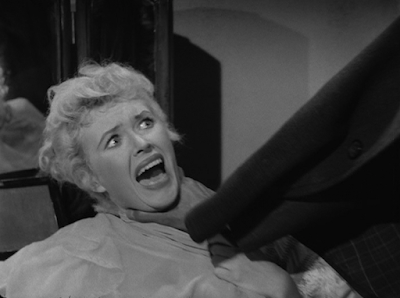 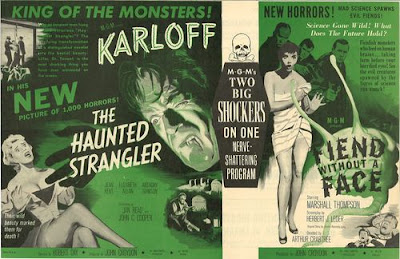 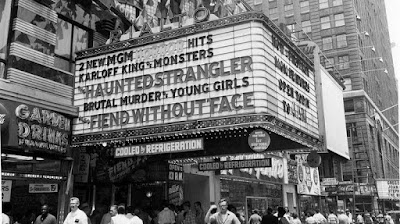