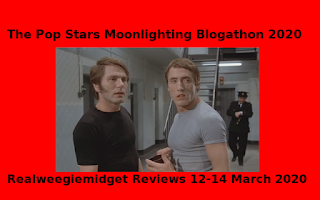 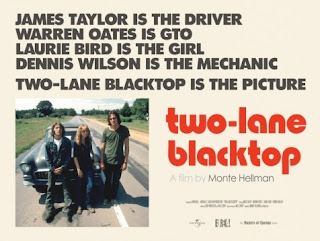 "Those satisfactions are permanent"
Warren Oates as G.T.O.

During the violent social and generational upheavals of the late '60s and early '70s, American cinema hit the road most often times traveling through the desolate byways of the arid west and along endless stretches of highways dotted with diners, seedy motels & small-town gas stations. Starting with the explosion of the "New Hollywood" in 1967 with the release of THE GRADUATE and BONNIE AND CLYDE and climaxing with Dennis's Hopper's EASY RIDER in 1968 which in turn became ground zero for these films featuring disaffected and alienated young people on road trips through a fractured and sometimes violent country searching for an America that oftentimes did not exist.
These existential road trips and/or journey films reached their apex with director Monte Hellman's 1971 TWO-LANE BLACKTOP.  Hoping to replicate EASY RIDER (the golden ring that every studio was chasing post-1968), it was hyped heavily by Universal but ultimately bombed with audiences on its initial release. Falling into cult-like obscurity it was damnably impossible to find for years on home video (for years I kept a highly treasured but brutally pan & scanned VHS taped off the Speedvision channel), but it's now gained a healthy following currently represented by a Criterion blu-ray edition no less.
Written by novelist and screenwriter Rudy Wurlitzer (who in a few years would toil away on Sam Peckinpah's PAT GARRETT AND BILLY THE KID which can be looked upon as western version of a road movie), the film stars Beach Boys drummer Dennis Wilson and singer-songwriter James Taylor (whose star was just beginning its ascent in 1971) as a pair of drifters whose sole existence centers around driving endless miles and finding pick-up drag races in which they compete in with their souped-up primer gray 1955 Chevy sedan. We never learn the character's names as Wilson is credited simply as "The Mechanic" and Taylor as "The Driver". The pair seem unable to relate to anything or anybody (including interacting between themselves) outside of the car's maintenance and it's performance in the races as they pass the time in stony silence gazing straight ahead through the windshield. Almost immediately it's established that the men having a regimented structure of duties as Taylor silently sits on a park bench watching Wilson change the racing slicks on the car to street tires.

Into this tightly closed & claustrophobic world comes a young hitchhiker played by Laurie Bird (billed only as "The Girl" in an achingly beautiful performance) who simply climbs into the back of the car while they're eating at a roadside diner (the film is an almost endless succession of pre-chain gas stations, strip motels & diners) while the men enter the car and barely acknowledge her. When she asks where they're heading Wilson flatly states "east" and although she tries to engage them in conversation ("you guys aren't the zodiac killers are you?) she only receives curtsey responses from Wilson ("nope, just passin' through"). Although Wilson does spend the night with her in a motel he seems to only look at their encounter as something to pass the time. While this is happening Taylor sits by himself in a bar drinking, although it obvious he's the one that Bird's "The Girl" is attracted to.
The trio meets up with another wandering gypsy in the form of Warren Oates (billed as "G.T.O.")  who drives a brand new 1970 G.T.O. and has a different life story for everybody he meets on the road (including a wonderful early role for Harry Dean Stanton billed here as "H.D. Stanton"). Wearing shirts with almost laughably large collars and a succession of brightly colored sweaters, Oates has a fully stocked bar in his trunk, along with hard-boiled eggs, various pharmaceuticals and a wide variety of cassette tapes. He tries to function like he read a late 60's article in Playboy on how to interact with the younger generation. Although initially seen as a member of "the establishment", it's very quickly shown that he's just as rootless as Wilson and Taylor. The difference is that Oates brings a great deal of pathos to his portrayal and he's amazing in this film as alternates between a loud-mouthed braggart and pitiful dreamer. In a perfect world, he should have been at the very least nominated for an Academy Award.
Unable to function properly outside his car, Oates paces about unable to finish drinking a bottle of coke at a gas station and cannot even lean up against a wall without feeling self-conscious. Inside his car, he lets loose with a verbal torrent of stories concerning his backstory including being an ex-jet pilot and or associated with a secret testing mission for the "big auto companies". Later when Bird is riding with him there's a very poignant monologue by him (Wurlitzer's best lines all belong to Oates). "We're going go to Florida", he tells her in the film's most deeply moving sequence. "And we're gonna lie around on the beach, and we're going to get healthy. Let all the scars heal. Maybe we'll run over to Arizona. The nights are warm... and the roads are straight. And we'll build a house. Yeah, we'll build a house. 'Cause if I'm not grounded soon... I'm going to blast into orbit." However, she's drifting off to sleep while he's speaking and he ends up talking to himself.

The occupants of the two cars propose a cross-country race to Washington D.C. for "pink slips" and they both begin a meandering journey to their destination with it soon becoming evident that none of them really care what the outcome will be. While many road films such as EASY RIDER and SCARECROW made a point about the bonding of being on a journey and the friendship that goes with a common hope or a dream (however misplaced that dream may be) among the participants, TWO-LANE BLACKTOP is a film about loneliness and isolation. It lacks even a hint of the romanticism of being on the open road even though all the characters spend time with one another in the confines of their "homes" i.e. the cars. With all that being said there are some lighter moments in the film including Harry Dean's hitchhiker and an endearingly sweet sequence where James Taylor tries to teach Laurie Bird how to drive a straight shift.
Hellman ignored the studio suggestion to film exclusively in California (most likely for a cost-saving measure) and instead scouted locations from Needles, Calif. through Flagstaff AZ., Oklahoma, Arkansas and finally ending up in western N.C. with the result is that we get a real feel for a journey as we see the various scenery and hear the regional dialects. Hellman also faced pre-production criticism with given the fact that the majority of the film takes place in a car is that there's only one way to shoot a film within a car - the classic two heads talking over the hood through the windshield. Hellman and cinematographer John Deerson (SWEET SAVAGE) fashioned a series of camera mounts that allowed them to shoot in various angles both in and outside the car (and never once do we see two heads talking over the hood through the front windshield).
Hellman's original cut lasted approx. 3-1/2 hours and he was bound by his contract to deliver a two-hour or less movie. Later in interviews, he ruefully acknowledged that a lot of great material was left on the cutting room floor and sadly all the trims were lost decades ago. It's fascinating what ended in the final cut as we get lots of the "in-between" stuff that most other directors would cut such as footage of cars driving through lonely stretches of highway and dialogue-free driving sequences. He often uses actual people not actors including the state troopers who pull over Oates at one point and early in the film he shot an actual illegal street drag race run by an L.A. car club.
Both Taylor and Wilson are terrifically wooden as actors here but in a way, this works as the characters are supposed to be unemotional and the air of detachment fits in the film although Wilson does crack a grin a couple of times. Both he and Taylor have odd chemistry together as while they both represent the counter-culture, Taylor seems right at home drinking boiler-makers in a working-mans bar and with his long sleeve denim shirt brings more of east coast WASP-ie feel to his character while Wilson definitely has the west coast surfer thing (which aptly fits to both actors actual backgrounds). They seem here to thrown together by necessity of skills (driver/mechanic) rather than an actual friendship and appear to get no joy or satisfaction out their racing almost as if it's just their lot in life to keep driving and racing.
Sadly for the small company of actors here, several met tragic early ends within a few years of each other as Wilson drowned in 1983, Laurie Bird committed suicide in 1979 via an overdose of Valium and Oates died of a heart attack in 1982. As mentioned the film was promoted very heavily by Universal including Esquire magazine reprinting the entire screenplay along with a cover story featuring Laurie Bird "Read it first! Our nomination for the movie of the year: Two-Lane Blacktop"

All the above screencaps are from the Criterion DVD 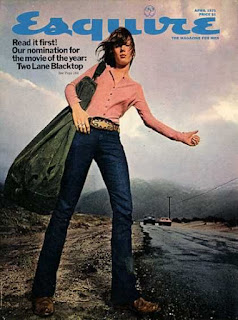 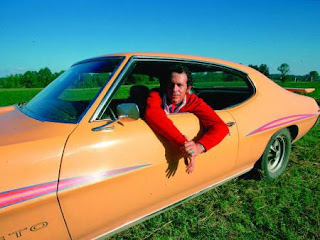 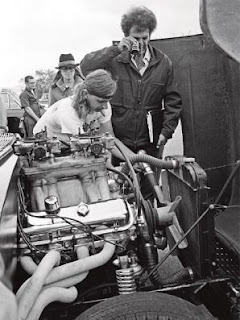