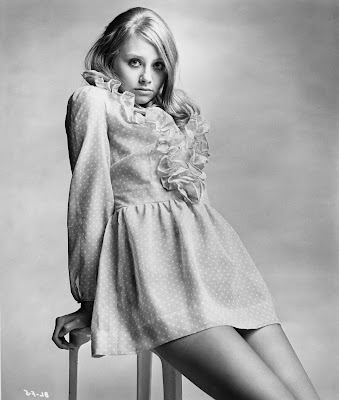 Some truly great new release info from Severin in the form of these two new DVD/Blu combos. They've been rumored for awhile and now pre-orders have shown up on Amazon (nothing on Severin's site yet - but their Facebook is updated pretty regularly and they just posted a clue about these). House on Straw Hill has been a long hinted at release, first by the now defunct Barrel Entertainment and then by Severin the past couple of years. Lack of materials for the uncut version has been the problem in the past, but it looks like now Severin has put together the whole schbang with some nice extras. Not to mention anytime you can get Linda Hayden in HD, that's a big thumbs up.
House of Seven Corpses had a bare bones Image DVD release eons ago and was rumored from MPI a few years back. Not the greatest movie, but a fondly remembered late night TV staple in the 70's and its always fun to watch John Carradine play the spooky old guy role for about the 100th time (and in another 100 performances after this). Supposedly old time actor John Ireland was partaking of the hippie lettuce during production.
The write-ups below are from Severin's press releases which are on Amazon and here's the links - House of Seven Corpses & House on Straw Hill , but as usual I'll be ordering mine from Jesse and the gang over at Diabolik DVD.

Banned in Britain for thirty years, The House On Straw Hill is a shockingly violent and erotic tale of seduction, brutality and revenge. Cult movie icon Udo Keir (Mark of the Devil, Theatre Bizarre) stars as a successful novelist suffering from writer's block, who rents a country cottage in the hope of finding inspiration. But the arrival of a sensual secretary, played by Linda Hayden (Blood on Satan's Claw, Taste the Blood of Dracula) sets in motion of chain of events that culminate in an unrestrained explosion of sex and savagery.
Also known as Exposé and condemned as a Video Nasty in the UK, this sleazy classic from Brian Smedley-Aston (Vampypres) and co-starring the notorious Fiona Richmond - Britain's No.1 sex symbol - is now fully restored from the only uncut elements and is available for the first time in the US with brand new extras!