First off a happy birthday today to Rod Taylor born as this day in 1929. One of my favorite actors and star of such classics as The Time Machine, Dark Of The Sun , The Birds and countless others. Recently he appeared in Quentin Tarantino's Inglourious Basterds as Winston Churchill. I thought this was a cool picture of Rod, Janes Russell and Glenn Ford relaxing on the set of Fate is the Hunter from 1964. 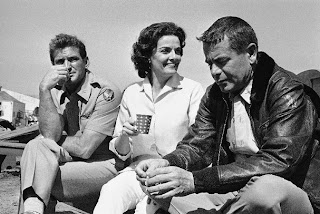 "Three of the leaves . . . make enough fluid to keep Kharis' heart beating, one each night during the cycle of the full moon.  Nine leaves each night to give life and movement to Kharis; thus you will enable him to bring vengeance on the heads of those who try to enter the tomb.  More than that, he would become an uncontrollable monster, a soulless demon with a desire to kill and kill." 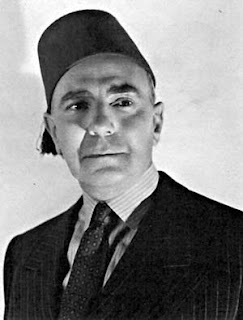 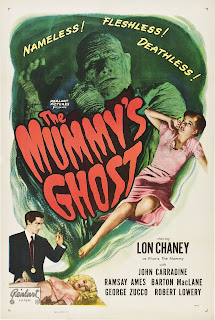 Coming out Jan. 24 from Shout Factory is Lethal Ladies 2 collection which contains The Arena starring Pam Grier and  Margaret Markov (who also both starred in Black Mama, White Mama). Rosalba is also featured is this tale of women gladiators in Ancient Rome. Also in the collection is Cover Girl Models ("They’re fast. They’re beautiful. They’re deadly . . . they have to be !") and Fly Me which involves a group of hijackers who take over a plane only to discover that the stewardesses are all martial arts experts. Sounds like a great triple feature. 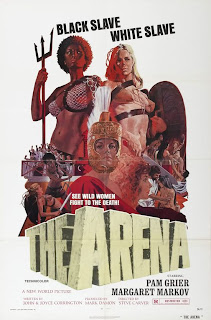 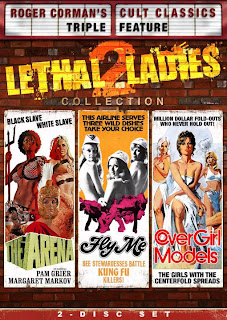 Just announced from the the Warner MOD program is  Burt Kennedy's 1967 western Welcome to Hard Times. Pretty much a bomb when first released , this movie definitely deserves a second look. A very grim/downbeat story plus a wonderful, truly evil performance by the great Aldo Ray (known in the movie as only "The Man from Bodie"). MIA on home video and rarely shown on TV , this is a very welcome release.  Along with the above mentioned Aldo Ray you also get Henry Fonda and check out this cast - Warren Oates, John Anderson, Royal Dano, Edgar Buchanan, Denver Pyle, Paul Fix, Elisha Cook Jr., Keenan Wynn and Lon Chaney, Jr. 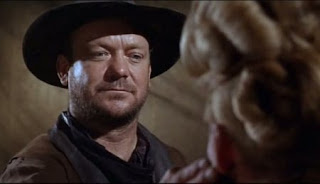 "The Man from Bodie" 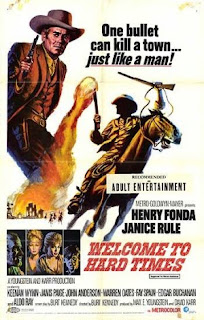