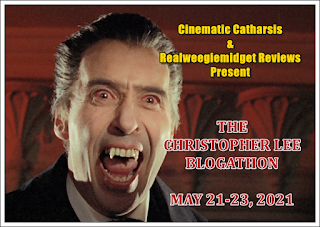 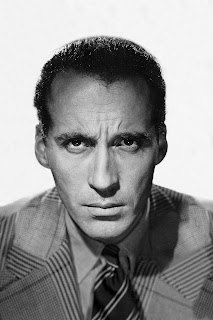 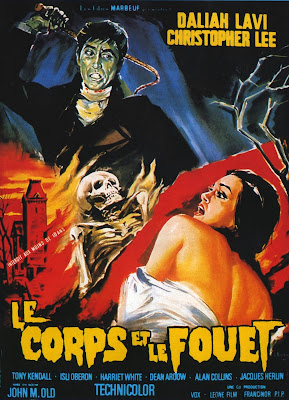 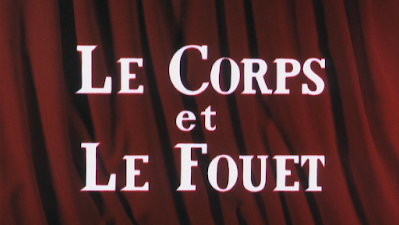 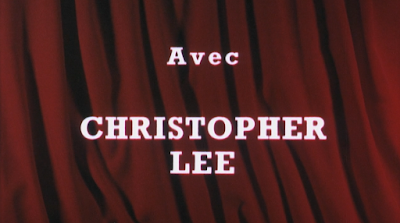 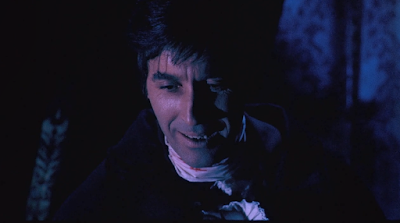 It could be argued that Mario Bava reached his pinnacle as a director in 1963. There was the classic anthology I TRE VOLTI DELLA PAURA (BLACK SABBATH) and the early Giallo (and Bava's last B&W film) LARAGAZZA CHE SAPEVA TROPPO (THE EVIL EYE or THE GIRL WHO KNEW TOO MUCH) and this lush gothic that while having all the trademarks of Italian horror & classic gothic ambiance also mixes in a healthy dollop of front & center sadomasochism.
Along with Bava's trademark breathtaking direction and use of color, and gliding prowling camera there is also a very literate (and very adult-themed) script by Ernesto Gastaldi (THE SWEET BODY OF DEBORAH, and ALL THE COLORS OF THE DARK plus countless other classics) and one of Christopher Lee's finest performances along with the gorgeous presence of Daliah Lavi (TWO WEEKS IN ANOTHER TOWN). And there's Harriet Medin (THE HORRIBLE DR. HICHCOCK and BLOOD AND BLACK LACE) as a sinister housekeeper. THE WHIP AND THE BODY has often been critiqued for being slow-moving but although it does move at a languid pace it allows the viewer to soak in its glorious gothic atmosphere and be drawn into the encroaching feeling of dread 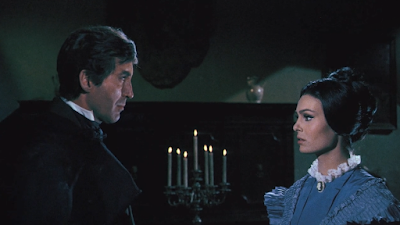 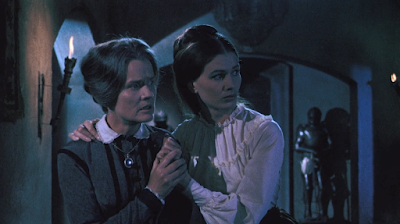 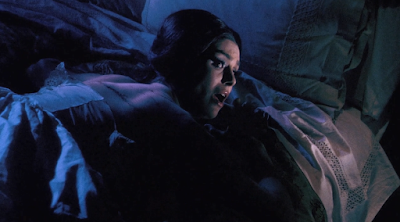 Like many Italian horror films of the period (and a theme in Bava's films) the plot centers on an upper-class aristocratic family with corruption and decadence threatening to destroy it from within. Because of its outright in-your-face themes of sex and sadomasochism (which Luis Buñuel's BELLE DE JOUR from 1967 perhaps drew some inspiration from), THE WHIP AND THE BODY ran into censor problems throughout the world. In the U.S. and Britain (released as WHAT or PHANTOM OF THE NIGHT) it was cut to 77 min. and had all the whipping sequences removed which made for an incomprehensible storyline.
Kurt Menliff (Christopher Lee) returns home to his family's seaside castle after being ostracized after an affair with a servant girl that led to her suicide. Kurt's return is meant with anger by his father Count Vladimir Menliff (Gustavo De Nardo BLACK SABBATH and a favorite character actor of Bava) and both anger and fear by his brother Christian ("Tony Kendall" -Luciano Stella RETURN OF THE EVIL DEAD 1973) when it becomes obvious immediately that Kurt intends not only to reclaim his family title but also plans to reignite his S&M-tinged affair with Nevenka (Daliah Lavi) who is now newly-married to Christian. In a nice macabre touch, the housekeeper Giorgia (Harriet Medin) whose daughter was the ill-fated lover of Kurt's, keeps the dagger which she committed suicide with displayed in a glass case with roses. 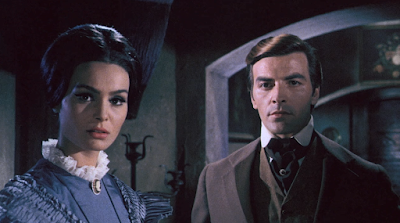 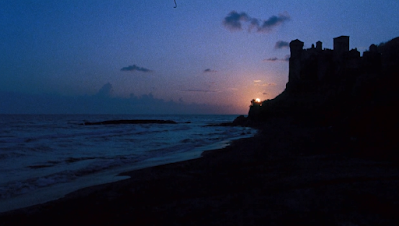 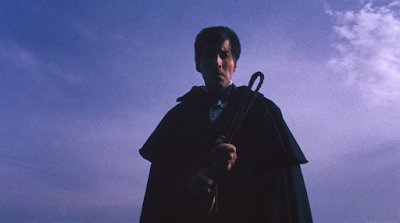 Soon after arriving Kurt comes across Nevenka reclining on the beach where she (rather meekly) tries to ward him off with her riding crop whereupon he tears the clothes off her back and begins to viciously whip her bareback and in one of the more weirdly perverse sequences in '60s Euro-horror she begins to enjoy the whipping as her expression changes from terror to sexual excitement. Soon after Kurt is killed by an unseen assailant using the same dagger that Giorgia's daughter used in her suicide. Then begins supernatural appearances which may be real or the result of Nevenka's deteriorating mental state.
Although dealing with sexual perversion this also stands as one of Bava's most lushly romantic films and one of his great troupes as a director was his ability to take traditional gothic horror themes and merge them with more adult themes which started with BLACK SUNDAY 1960 and would reach its apex with LISA AND THE DEVIL 1973. THE WHIP AND THE BODY has all the hallmarks of gothic horror and here all infused with the director's trademark beautiful almost hallucinatory lighting. For me along with HERCULES IN THE HAUNTED WORLD 1961 (which was Lee's only other work for Bava), this is his most beautiful film. The cinematographer of credit is Ulbaldo Terzano (who also worked with Bava on BLOOD AND BLACK LACE 1964, BLACK SABBATH 1963, and THE ROAD TO FT. ALAMO 1964) but Bava as usual was the major force behind the look of the film including several of his gorgeous glass paintings for background effects.
Unlike other horror films of the era that crept gently around the subjects of sex and perversion here it is brought right to the forefront (and not subtly) that the plot's main driving force is sadomasochism (which is why in the heavily censored versions the motivations of the two main characters are left in the void). Bava's usual U.S. distributor A.I.P balked at releasing it because of the sexual overtones and it languished for a couple of years before being released in 1965 by the small Futuramic Releasing in a heavily censored incompressible version that bore the appropriate title of WHAT. 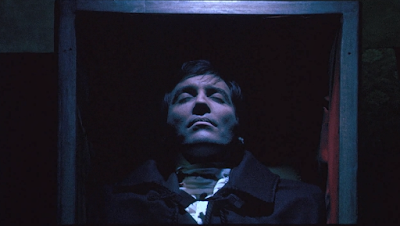 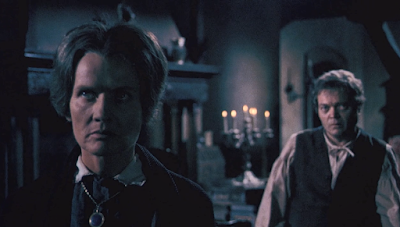 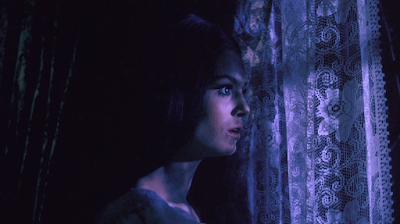 Lee is excellent here (although sadly his distinctive voice is dubbed) and although the aristocratic a-hole is a part he could play in his sleep he is magnificent here and even though he disappears for the most part 20 minutes in, his presence looms over the entire film. This was his favorite of his Italian productions. One of Lee's gifts was pantomime (which was why he was so great in his Hammer "non-speaking" roles such as the creatures in THE CURSE OF FRANKENSTEIN or THE MUMMY) and he uses that talent wonderfully here especially with close-ups of his hands. The plot even manages to get him into a coffin at one point.
Daliah Lavi's Nevenka is the main narrative focus and an exceedingly complex character in which Lavis conveys pity for and wonderfully shows her fragile mental state as she becomes more and more detached from reality. It is an extremely complex character and not the usual Gothic heroine and she seems to revel in the chance to show her acting chops.
Carlo Rustichelli contributes a beautiful score, and the film's seaside location will be familiar to anyone who is seen Bava's filmography including 5 DOLLS FOR AN AUGUST MOON, SHOCK, and a barbarian-rampaging Cameron Mitchell in KNIVES OF THE AVENGER and ERIK THE CONQUEROR. Bava originally wanted Barbara Steele for the role of Nevenka but she was in one of her "no more horror roles" phases (probably from having just worked in Fellini's 8 1/2) but I think Lavi is perfect here.
Lee and Bava were supposed to work again on a version of H.P. Lovecraft’s THE DUNWICH HORROR for A.I.P. which was also to star Boris Karloff. The project fell apart and eventually was made in 1970 and directed by Daniel Haller. 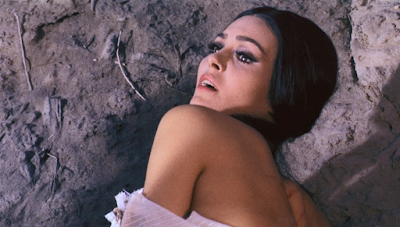 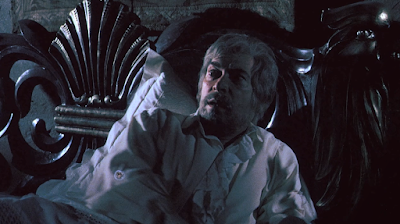 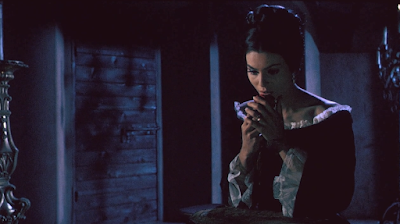 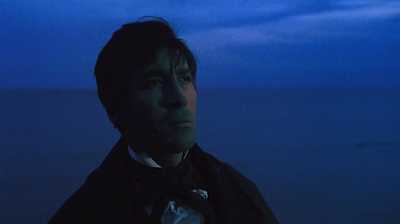 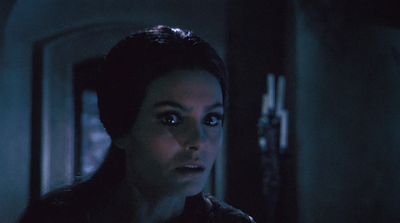 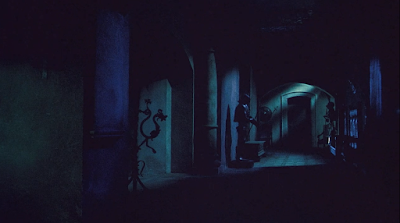 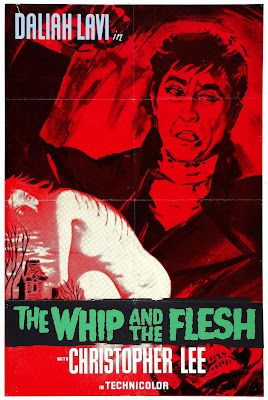 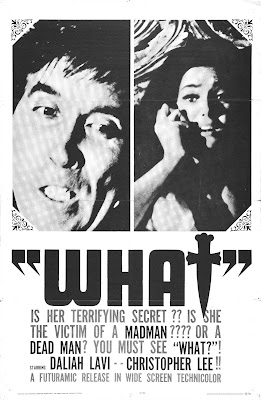 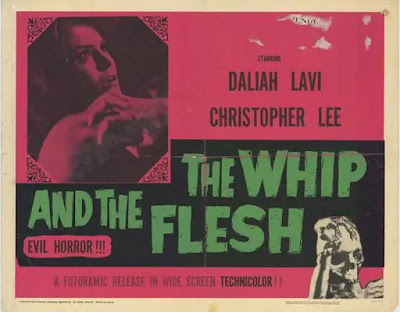 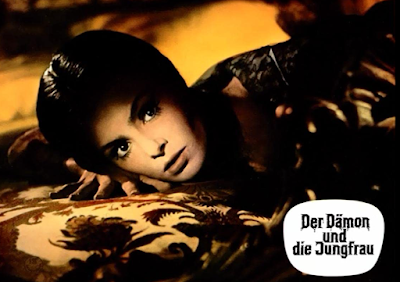 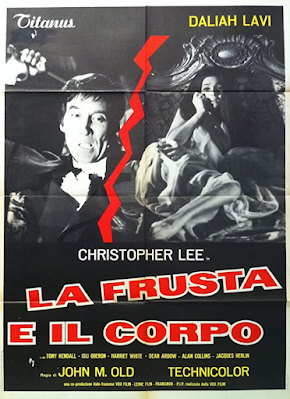 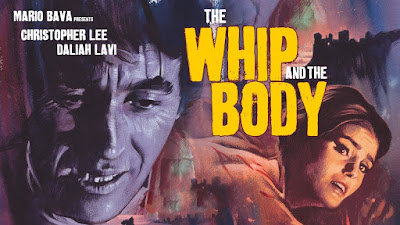 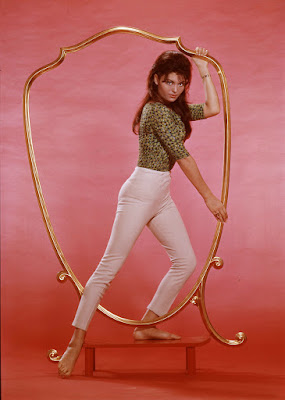