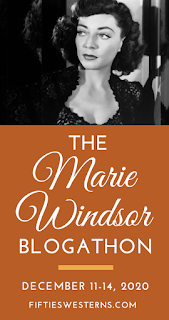 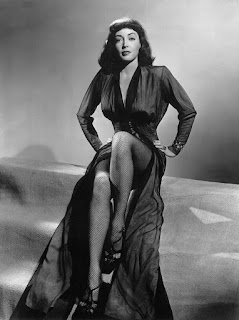 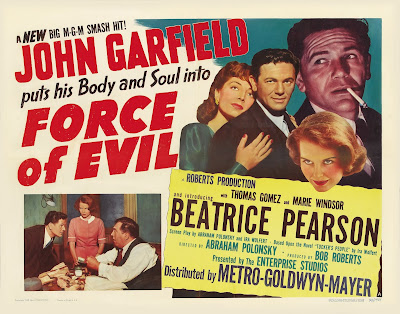 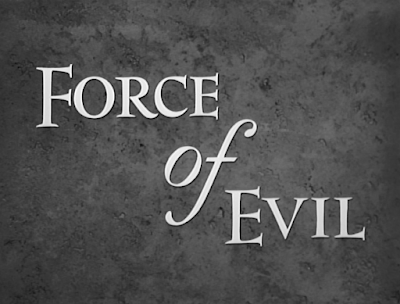 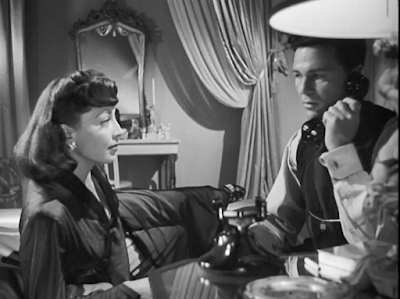 While undoubtedly a film-noir (and one of the best IMO) Abraham Polonsky's 1948 FORCE OF EVIL while containing the classic noir elements such as the main character on an inevitable road to his fate that he cannot change, a beautiful (although not central) femme fatal and a dark and forbidding cityscape, there are other underlying things at work here. Unlike other noirs FORCE OF EVIL deals with shady lawyers and businessmen who control the lives and fortunes of those below them and was also one of the first films along with NEW YORK CONFIDENTIAL 1955 and THE BIG COMBO 1955 that showed crime as a corporation while inserting its tendrils into the very core of society. Because as in a way it could be seen as an anti-capitalism statement this film was the main reason for Polonsky to run afoul of the infamous House Committee on Un-American Activities (which John Garfield was also tragically involved with).
Garfield plays ambitious young attorney Joe Morse who has a secret phone locked in his desk drawer that is a direct line to his main client mobster Ben Tucker (Roy Roberts HE WALKED BY NIGHT). Morse is in cahoots with Tucker in an attempt to gain control of the numbers racker in NYC by forcing out the small betting parlors by rigging the winning numbers. One of the interesting things FORCE OF EVIL does is that it gets down into the real nuts and bolts of the numbers racket in which millions of people made nickel & dime bets on a set of three numbers that were picked from horse racing results. As one character says in the course of the film "it's a petty crime" but FORCE OF EVIL shows hows that those small bets add up to millions of dollars that are used to pay off corrupt politicians, judges, and police. 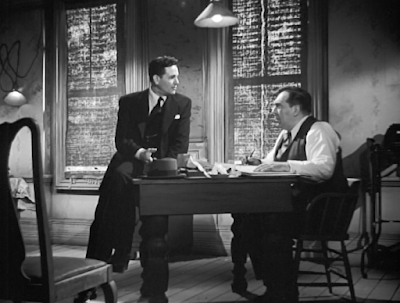 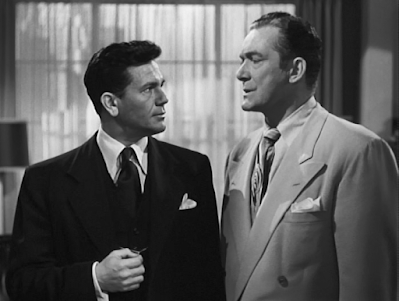 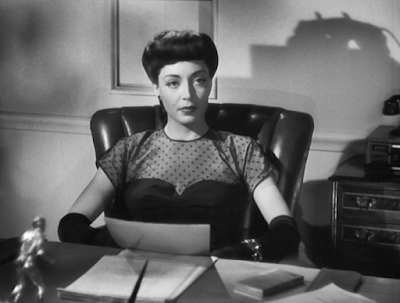 Morse has a brother Leo (Thomas Gomez KEY LARGO) who runs one of the small numbers parlors with which Joe Morse has made an agreement with Tucker to save and fold into the new large "corporation". Unlike most other film-noir that deal with shadowy figures dealing in robberies and murder FORCE OF EVIL puts the criminal activity in line with lawyers, wall street, and businessmen all of which are conspiring against the working class. The Morse brothers relationship is one of the primary plot points setting up a Jekyll and Hyde thing with the overtly corrupt lawyer contrasting with his crooked albeit decent working-class brother. While each brother cares for each other their motives and actions shift considerably as they move toward a tragic outcome.
Joe also begins a relationship with Doris (Beatrice Pearson) a young woman who works for Leo in a minor job and along with several other employees of Leo's are presented as the true innocents in the unfolding drama with Leo shown as a father figure and caring employer who feels actual empathy for his staff and is powerless as they're shallowed up and used by the big corrupt businessmen.
The story itself is terrific with well-written amoral characters and was based upon a book by Ira Wolfert titled Tucker's People which was published in 1943. The book was optioned by Garfield's newly formed Enterprise Productions which he started after his contract at Warner had expired and this was its second production which was preceded by BODY AND SOUL in 1947 (and was also directed by Polonsky).
If there is a fault with FORCE OF EVIL it is that it does become very "talky" at certain points as characters seem to engage in lengthly & highly detailed (and highly unlikely) conversations that explain in minute detail the workings of the racket which does help explain things to the audience but are kind of tedious. This however is more than overshadowed by the cast and production including beautiful cinematography by George Barnes who had shot JANE EYRE and Hitchcock's SPELLBOUND and REBECCA. The film makes great use of actual NYC locations much of which was shot in the very early morning hours which lends an empty and desolate feel to the city. There are several terrific sequences including a beautifully edited shooting in a basement restaurant while a Beethoven piece plays plaintively on a phonograph and a nail-biting shootout in a dark office. 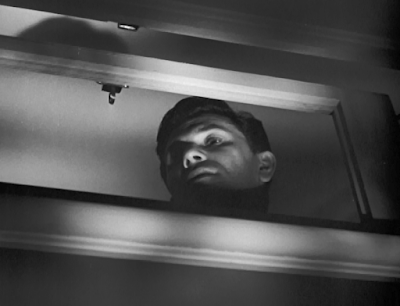 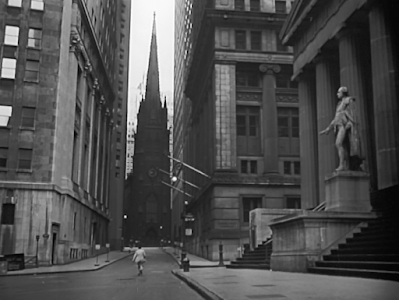 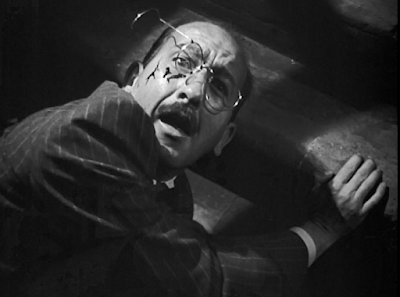 Garfield is terrific as the ambitious lawyer who is blinded by his greed and it's his internal narration that contains many of the scripts most poignant lines ("A man could spend the rest of his life trying to remember what he should have said") and it's interesting to see busy character actor Roy Roberts who usually played stuffy executives and business-types here take that characterization to the dark side. Howland Chamberlain (THE BEST YEARS OF OUR LIVES) has a very symptomatic part as Leo's tragic accountant and he too was blacklisted after his appearance in HIGH NOON and didn't work again until the 70's.
In one of her first credited roles, Marie Windsor has a small but very memorable role as gangster Roy Roberts's wife and has two nice dialogue sequences with Garfield. Although sadly underused as initially as her character is set up as the classic noir femme-fatal and although she obviously is trying to seduce Garfield their relationship doesn't lead to his downfall. She is, however (as always) unforgettable here, and when she's curled up in her black dress with those gorgeous eyes seductively conversing with Garfield's Joe Morse you wonder how he can not succumb to her like many a classic noir character, but then as he says is only in for the money.
A big thanks to Toby for putting this blogathon together and celebrating one the greatest and undersung actresses in film history. 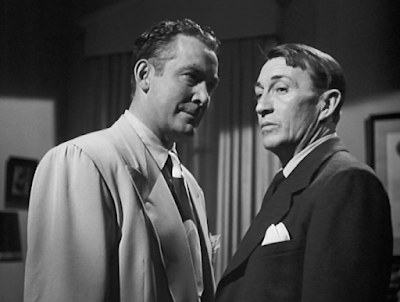 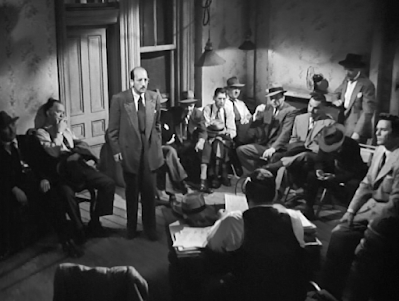 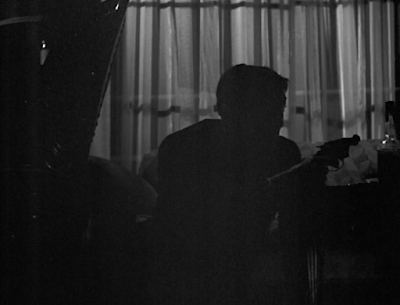 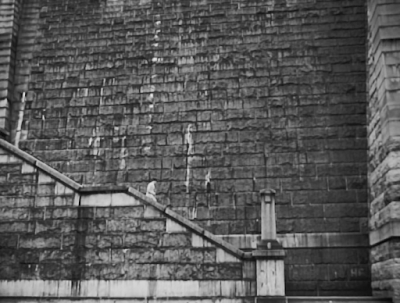 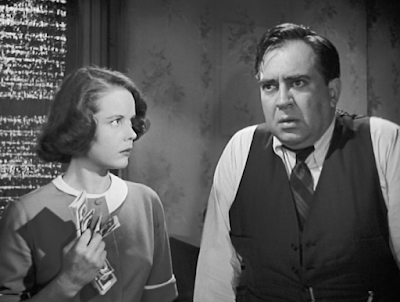 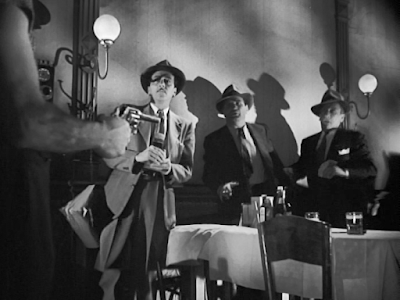 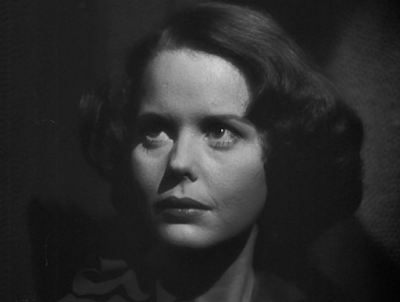 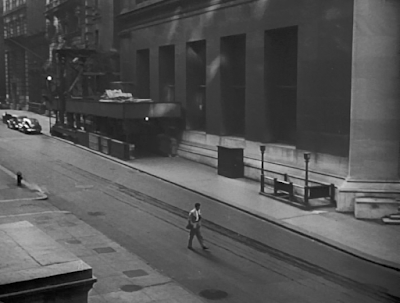 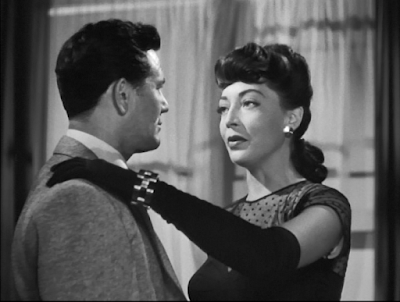 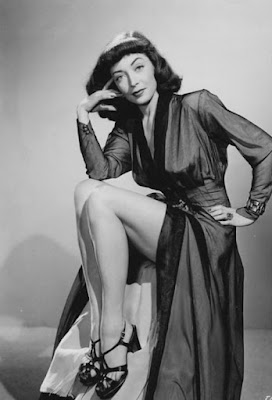 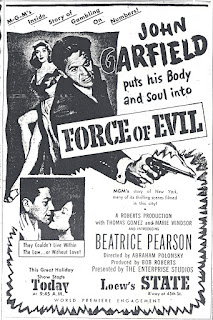 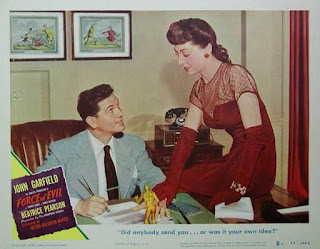 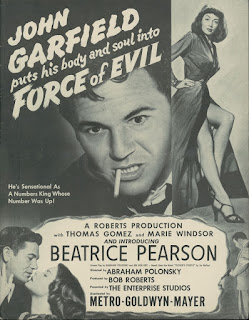 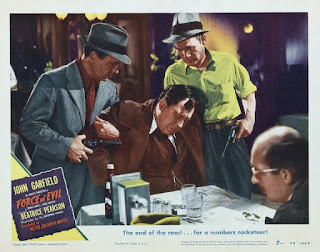 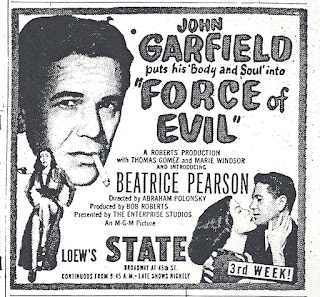