Born on this day in 1939 and a very special birthday wish for the queen of Italian cinema. 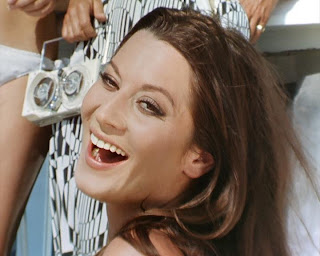 Happy Birthday to the Drive-In

On this day in 1933 the first drive-in theatre opened in Camden N.J.  At their height of their popularity in the early 1960's there were approx. 4000 , now it is estimated only about 370 exist. Here's a photo of the local drive-in (and the title of this blog)were I grew up outside of Detroit, Mi. I went here as a kid with my Dad (to see double features like The French Connection & The Seven Ups) and later as a teenager to see stuff like The Texas Chainsaw Massacre.