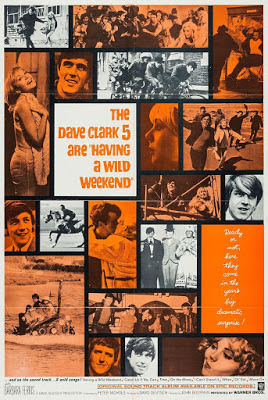 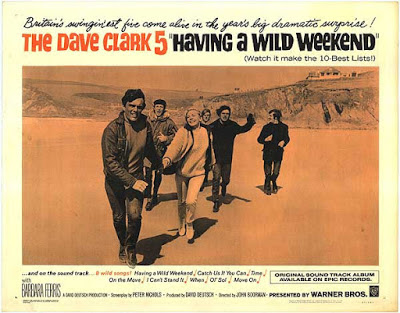 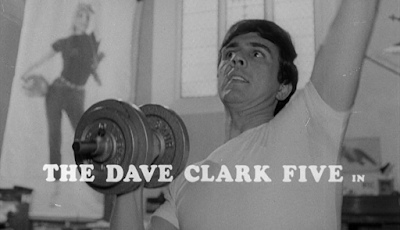 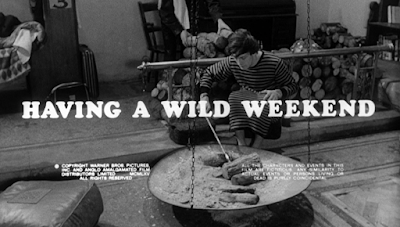 Although today they barely register in the minds of all but the most serious 60's music aficionados at one time The Dave Clark Five were considered pretty stiff competition for The Beatles. Blessed with a great lead singer in Mike Smith, they were the first British Invasion band to play Ed Sullivan after The Beatles (they would later appear 12 times on Sullivan) and were one of the only British Invasion bands to be more popular in America then their native country with 17 top forty hits on the American charts along with selling almost 50,000,000 records.
Clark (the group's drummer) was smart enough to insist on ownership of the group's master recordings, but his dictatorial control of those tapes has led to the group's music being MIA in a physical format for decades. Their sound was a combination of American Rock and Roll and R&B filtered through Clark's primitive "wall of sound" production style and by 1967 they're never evolving music was considered antiquated in the burgeoning psychedelic scene and they faded away (although a bit bizarrely they did have a late 60's renaissance in England). 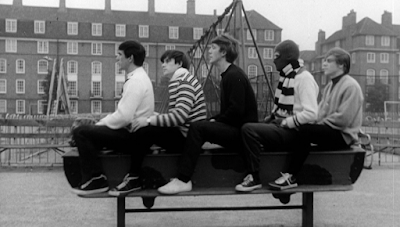 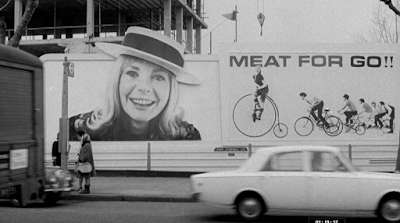 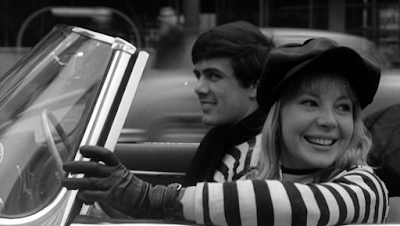 In 1965 they duly made their motion picture debut in HAVING A WILD WEEKEND. Originally titled CATCH US IF YOU CAN in England, it was the feature film debut for director John Boorman and is unique in the fact that the group doesn't perform any songs through the course of the film. Obviously patterned after The Beatles A HARD DAY"S NIGHT The Dave Clark Five don't appear as musicians but as a team of stuntmen known as "Action Incorporated" (Clark had worked as a stuntman in film before his music career).  Although a few of their songs appear on the soundtrack and a cash-in album was released, it's not a "pop music" film at all. While A HARD DAY'S NIGHT was all loud and frantic HAVING A WILD WEEKEND's script by Peter Nichols (GEORGY GIRL) is more quiet and introspective with a surprisingly tender romance lurking in its plot. All of which led it to be a relative flop at the box office. C
The film's beginning has the group shown living together in a London flat with and as they roust themselves up in the morning they run through some Beatles-like humor and quips. Arriving at work they're assigned to work on a series of commercials as stunt coordinators for a British meat company whose billboards with the slogan "Meat For Go !" plaster the London cityscape. Dinah, the model for the ad campaign (known as "The Butcher Girl") is played with all sorts of beguiling 60's cuteness by Barbara Ferris (CHILDREN OF THE DAMNED). 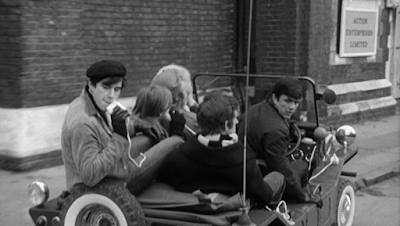 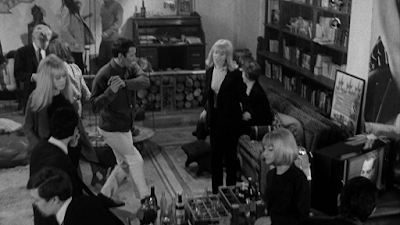 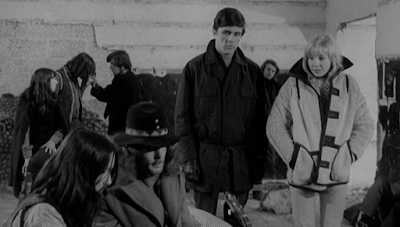 Steve, the head stuntman (played by Dave Clark) seeing the meaningless and vapid
the commercialism of his life and work steals a Jaguar sports car from the commercial shoot and along with Dinah, they both run off to the English countryside with the ad company and the remainder of the group in pursuit. Finding a group of young squatters in a burned-out building on the military proving grounds of the Salisbury Plain (where The Beatles would film portions of HELP ! about the same time). Steve & Dinah take refuge with the pot-smoking outcasts who confess to the duo that they're looking forward to moving into heroin (which seems a pretty surprising mention in a teen-oriented movie from 1965).  After an attack by soldiers, they flee where they next encounter an unhappily married couple in a large country estate(played wonderfully by Yootha Joyce and Robin Bailey) who keep a large collection of antique bric-a brac in a desperate attempt to hold on to their earlier happy times. Steve and Dinah speak wishfully of making it to an isolated island off the coast of Dorset, but they along with the viewers seem to be resigned to the fact that they'll never escape.
With its total lack of youthful exuberance or the celebration of the liberation that the by now exploding pop music world might bring HAVING A WILD WEEKEND instead seems to look forward to burned-out hope of the late '60s and one can only wonder what the gaggles of teenagers who this product was aimed at thought of it at the time. Not a great movie, but an interesting take on that fleeting moment that was the "swinging sixties". 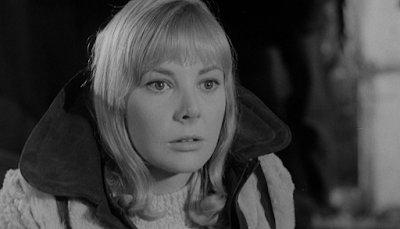 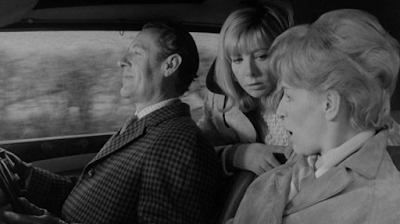 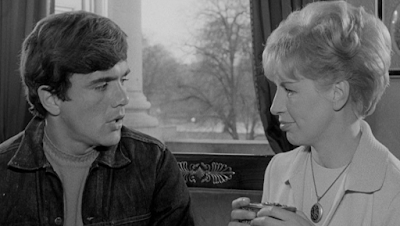 All above screen captures are from the Warner Archives MOD DVD 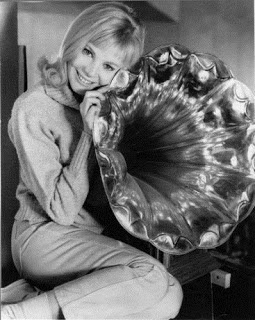 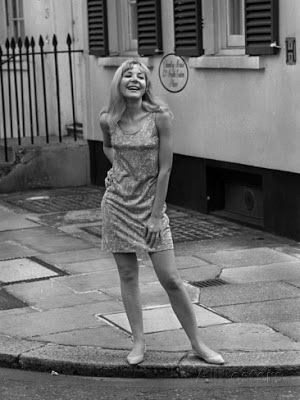 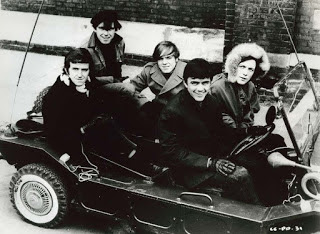 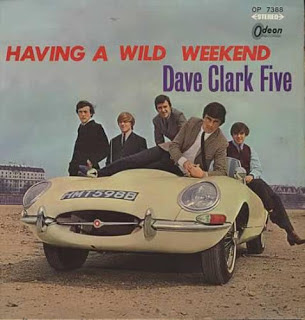