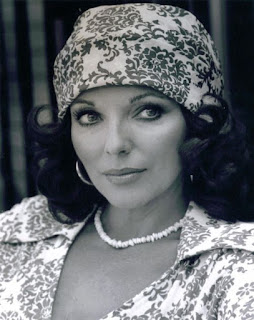 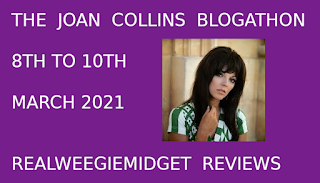 "Conceived by the Devil, only she knows what her baby really is!" 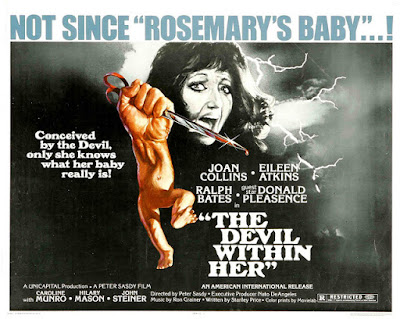 "Pray for the Devil Within Her...before it preys on you!" 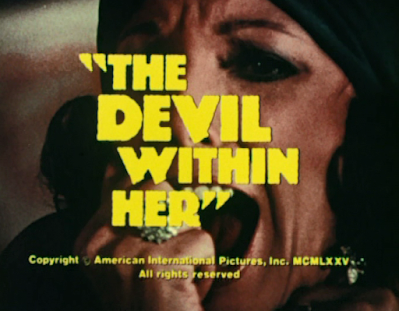 "You will have a baby - a monster, an evil monster conceived
in your womb as big as I am small and possessed by the devil himself" 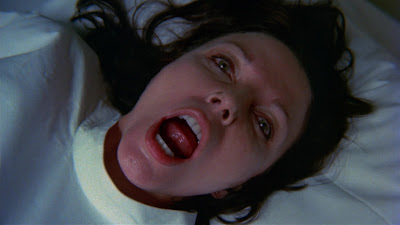 Part of the wave of possessed baby pictures spawned by ROSEMARY'S BABY that even 7 years after that film's 1968 premiere was a genre that was still going strong and would gain even more momentum with the release of THE OMEN in 1976. With also a bit of homage to IT'S ALIVE, this was released in the UK under I DON'T WANT TO BE BORN in 1975, it was retitled by A.I.P for its 1976 American release as THE DEVIL WITHIN HER (where it was often time double-billed with SQUIRM or SHIVERS). It subsequently would surface on home video under a myriad of titles including THE MONSTER, IT LIVES WITHIN HER, and most bizarrely SHARON'S BABY (even though there is nary a character named Sharon to be found here).
Although trashy and lurid, it is not quite as exploitative as you might initially think (or hope for) and never reaches the insane giddiness of a BEYOND THE DOOR 1974 and one thinks that the producers might have been hoping to reach for something a bit more serious. Sadly, by this time, the British film industry (in particular the horror genre) had begun to have troubles with American co-producers fleeing for the more economic thriftiness of Italy & Europe which along with the decline of Gothic horror made for some grasping at straws type productions (such as this) which tried to latch on the new trends in horror. With a game cast giving it their all with for the most part serious performances (despite the sometimes unintentionally funny dialogue) along with some gloriously insane moments help make this maybe not a great film (or perhaps even "good") but there is something to be said for Joan Collins with a possessed baby, Donald Pleasence as a pediatrician, some iffy attempts at Italian accents and of course Caroline Munro. 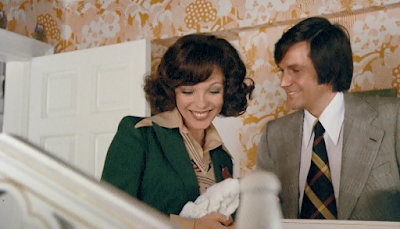 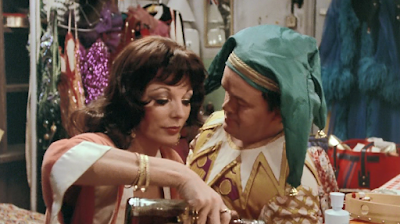 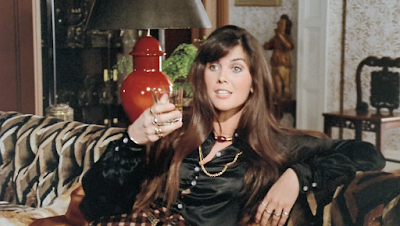 The film starts off with a hysterical & screaming Lucy Carlesi (Joan Collins) going through a difficult birth which results in a 12 lb. boy (with a full head of black hair) who promptly attacks Lucy. Dr. Finch (a remarkably restrained performance by Donald Pleasence) remarks "This one doesn't want to be born" and after the newborn's aggressive behavior intones "Even at this age, babies have an extraordinary instinct for survival” (!!). She brings the baby home to her husband Gino (Ralph Bates TASTE THE BLOOD OF DRACULA 1970 and here bizarrely cast as an Italian businessman) and their immediately suspicious housekeeper Mrs. Hyde (Hilary Mason DON'T LOOK NOW 1973).
In a flashback, Lucy recounts her previous profession as a "nightclub showgirl" (i.e., stripper) who worked in a club run by a creepy and lecherous John Steiner (CALIGULA 1979 and bunches of Italian productions) and the MC was pudgy small person Hercules (George Claydon TWINS OF EVIL 1971 and here looking like he's auditioning for the lead role in Edgar Allan Poe's Hop-Frog). At one point Hercules had started making sexual advances on Lucy and upon rebuffing him he put a curse upon her future baby. Now concerned by this (along with the fact that Steiner's sleazy club owner may be the father of her baby) she reaches out to her friend and fellow stripper Mandy (Caroline Munro DRACULA A.D. 1972). Some reviews have Munro's character referred to as Collin's sister, but I did not pick up on that and for some strange reason Munro is dubbed here with a cockney accent. 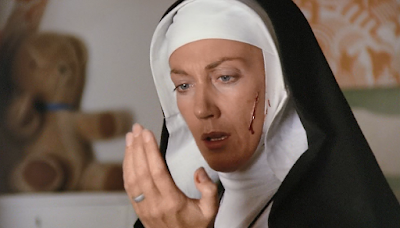 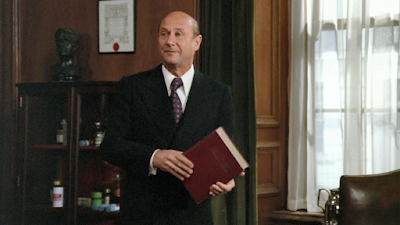 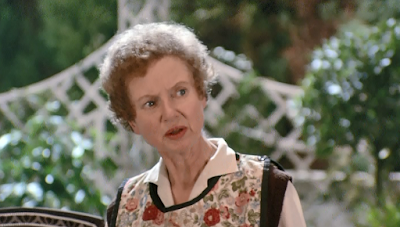 Also showing up to help is Sister Albana (BBC & Shakespearean actor Eileen Atkins) who is also a research scientist with small animals (I am not sure why this is brought up as a character point in the film) and the actual sister of Gino. It is strange that the scriptwriters choose to have Gino of Italian descent and to make a point of his sister being a nun based in Italy. Bates struggles sometimes with a fading in and out Italian accent while Atkins (a wonderful actress) pronounces devil as "dee-vul" and often time looks like she is wondering what she's doing in this film. A nun from England could not handle an evil baby that needs an exorcism?
The Carlesi's new baby shows increasingly disturbing behavior as he screams and throws a fit during his baptism and shrieks when Gino and Sister Albana attempt to pray in the house one night. Along with tearing his room apart at various times and the appearance of a dead mouse in a cup of tea all of which lead the ever-dwindling cast to the fact that something is satanically up with the child. When the baby starts its murderous rampage things really get crazy as we see a little hand reach out and push the destined-to-be-killed young nanny into a river. The problem with evil baby movies is that you either go with a full-on monster baby (IT'S ALIVE) or you go with suggestion and the unseen (ROSEMARY'S BABY), however when you just show a baby in a crib (as in this film) you simply have a baby making baby-faces in a crib.
Collin's 70's pre-DYNASTY acting career has passed over at times (sometimes by Joan herself) but there are some real sometimes sleazy/sometimes WTF crazy (but always entertaining) gems in here including the late-night cable favorites THE STUD 1978 and THE BITCH 1979 along with REVENGE 1971 and EMPIRE OF THE ANTS 1977. She also appeared in the Italian poliziotteschi MAGNUM COP 1978, the Hammer thriller FEAR IN THE NIGHT 1972, and was the unfortunate recipient of a Christmas-gone-bad in the TALES FROM THE CRYPT segment "All Through The House" in 1978. 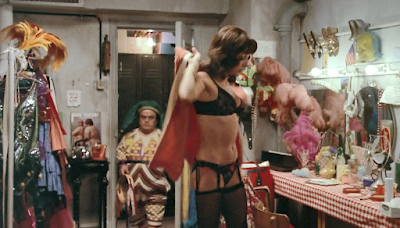 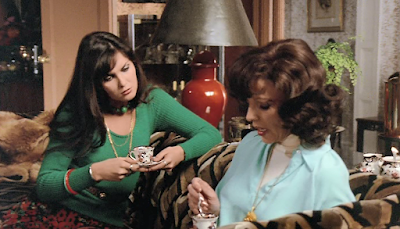 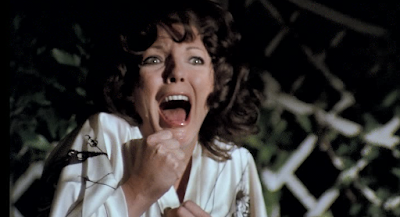 Always giving her all (Collin's was RADA trained) she throws herself fully into her role even giving a flash of nudity during a roll in the bed with Bates although she keeps dressed during "dance routines". There is some full-frontal nudity supplied by others (which I suspect are played by "Suzie Lightning" and "Lopez" going by the end credits) which help nudge the film into "R" rated territory. Bates who a bit earlier in the decade had been groomed as a new younger-type leading man for Hammer (appearing in THE HORROR OF FRANKENSTEIN 1970, LUST FOR A VAMPIRE 1971 and DR. JEKYLL AND SISTER HYDE 1971) but with the studios declining fortunes his roles there dried up and he would tragically die at the young age of 51 in 1991.
Pleasence who by this time was a staple in these types of films gets lines that bring the most unintentional laugh-out-loud lines ("I thought today would be a bit of a bore, but here I am talking about mysticism with an Italian nun"), and although he could go over the top in some roles his dead serious reading of these lines here all add to the lunacy of the plot. One of my favorite actresses of the period, Caroline Munro has what is basically a glorified cameo here but brings her undeniable presence to her scenes and gets to appear in some pretty groovy outfits.
Directed by Peter Sasdy (who did some great work for Hammer including TASTE THE BLOOD OF DRACULA 1970, HANDS OF THE RIPPER 1971, COUNTESS DRACULA 1971, and the interesting Tigon produced eco-thriller DOOMWATCH 1972) brings a few interesting flourishes to the proceedings including a nifty decapitation. The score by Ron Grainer is a mish-mash of world music, 70's Italian scores, and prog rock all of which mix together in a crazy stew that screams "1970's!!" In addition, there are some great views of mid 70's London. 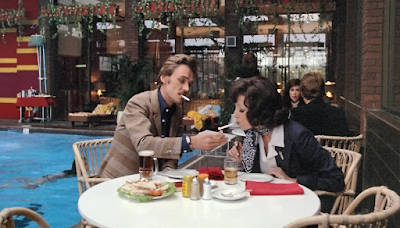 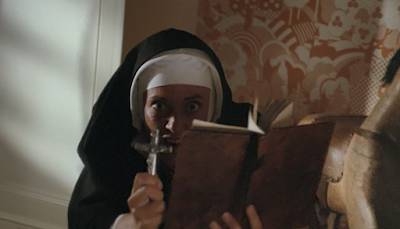 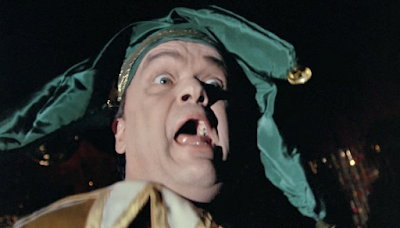 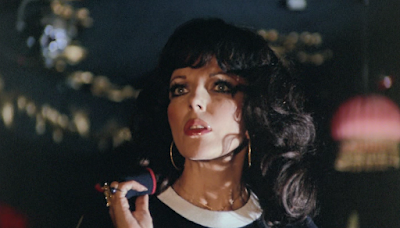 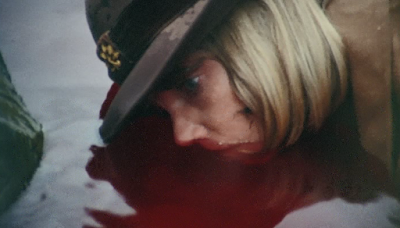 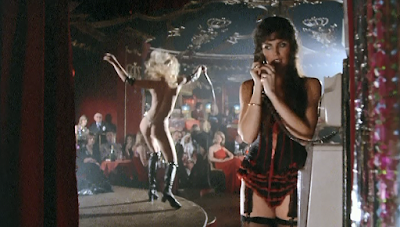 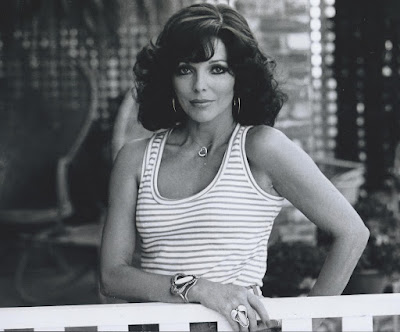 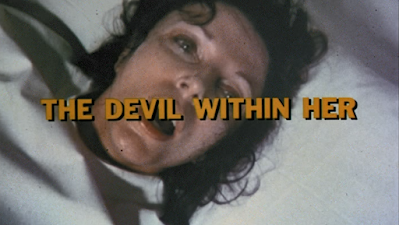 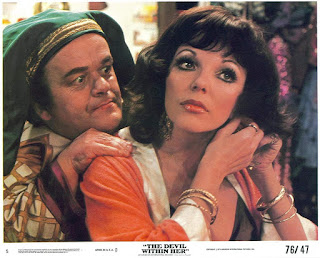 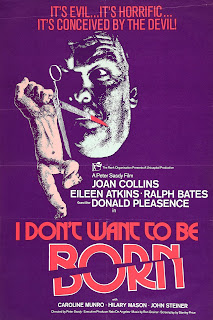 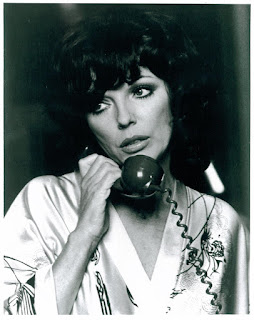 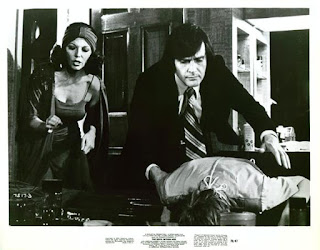 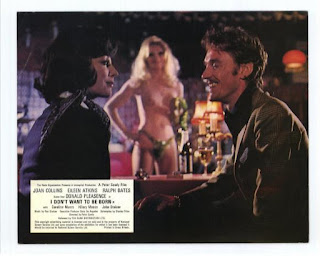 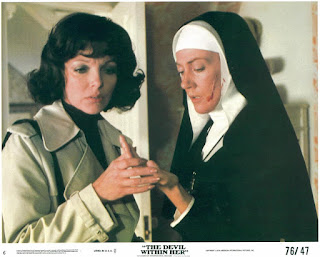 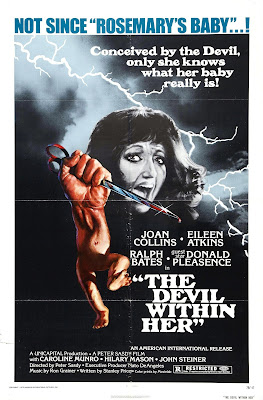