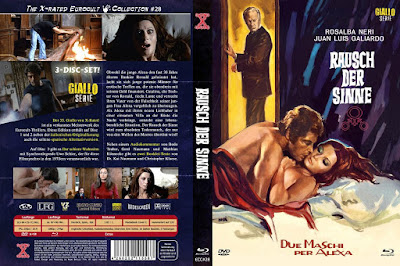 X-Rated has announced the forthcoming Blu-Ray/DVD release of Juan Logar's 1971 giallo FIERAS SIN JAULA (WILD ANIMALS WITH CAGES aka 2 MALES FOR ALEXA). Starring Curt Jurgens (THE SPY WHO LOVED ME and THE VAULT OF HORROR) as a wealthy industrialist who marries one of his daughters' friends (Rosalba) and later discovering her stepping out with Juan Luis Galiardo (ANTHONY AND CLEOPATRA) devises nasty revenge.
A Spanish/Italian co-production (filmed in Paris) its an excellent genre example and is one of Rosalba's best giallos. I've lost count of how many crappy transfers of this I've collected on DVD and VHS through the years so speaking for myself this will be a very cool release. Containing both the harder Italian cut and along with the Spanish version and a bunch of extras, its all detailed over on their Facebook page.
X-Rated initially releases these in insanely low numbered collectors edition hardboxes that sell out almost immediately, with (luckily) a later release in media book form. Here is the Amazon Germany page for the pre-order of the media book edition which comes out Feb. 10 and Diabolik DVD also carries these releases on occasion (and are great folks to deal with) so it might be worth checking them out too. The media books are also limited, so its best to jump on these right away.
Here's a post I did earlier on this great slice of 70's Euro-cult and it's a happy feeling to check another one off the wishlist in what's turning out to be a banner year for Rosalba in HD. 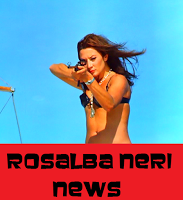