Born on this day in 1933 the ultimate sex bomb/pinup (in my opinion) and actress in such classics as The Girl Can't Help it (classic scene with the milk bottles), Will Success Spoil Rock Hunter. Hell on Frisco Bay and The Wayward Bus (for which she won a Golden Globe). In 1963's Promises! Promises ! she was the first major American star to appear in a movie nude scene. The photos were printed in Playboy magazine and resulted in an obscenity charge for Hugh Hefner. Also starred with husband Mickey Hargitay in 1960's The Loves of Hercules (AKA Hercules vs. The Hydra). She was killed in an automobile accident in 1967. 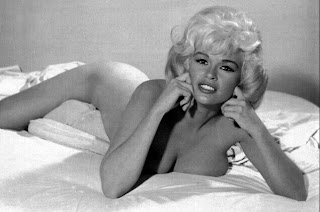 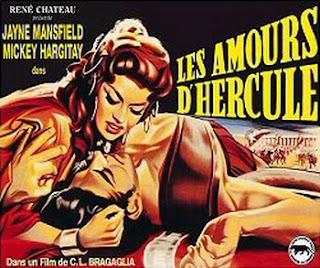 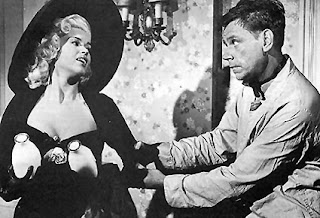 Just passed hit 2000 on the blog !  What better way to celebrate then with a still featuring the great Sterling Hayden in Stanley Kubrick's classic 1956 film noir The Killing. 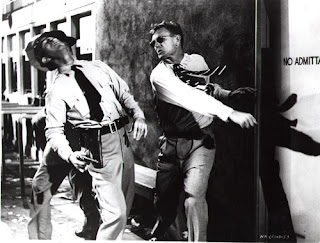 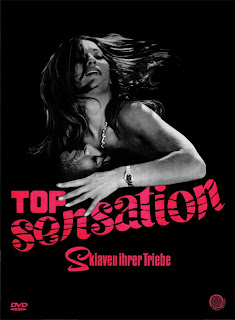 This will be the first legit release on home video. It's been floating around on various bootleg tapes and DVDr's for years, the Something Weird VHS release is still one of my prized tapes I've hung on to over the years. No word yet on extras or length. As this as surfaced in several different cuts - more dialogue, more/less nudity, alternate scenes, it will be interesting to see what Camera Obscura puts together.  The English version (released by SWV) is the most explicit, while a German print adds an extra subplot and a Spanish version recently appeared that is less explicit, with different takes of some scenes. 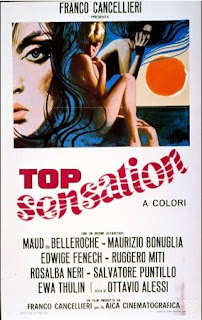