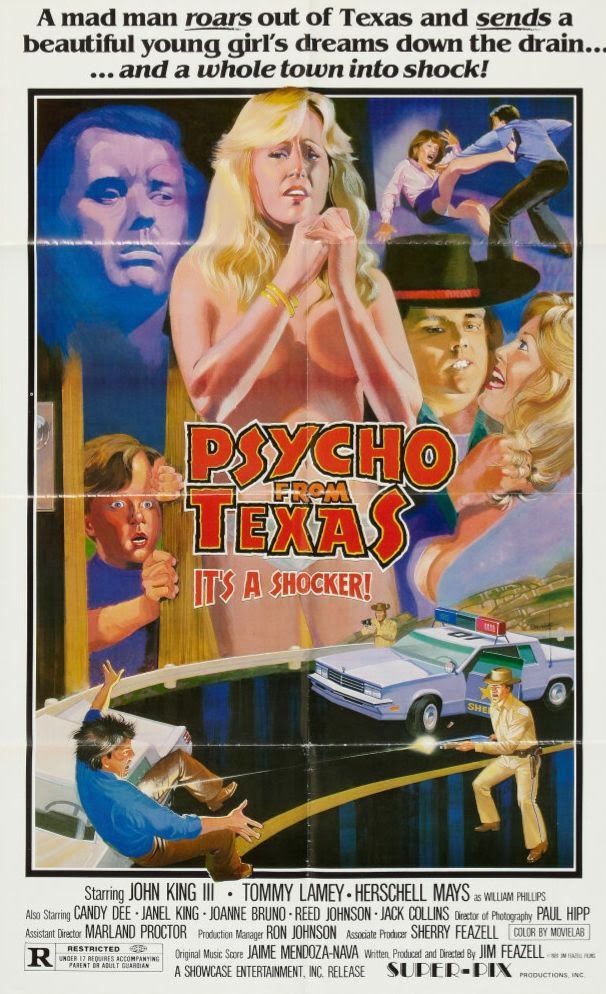 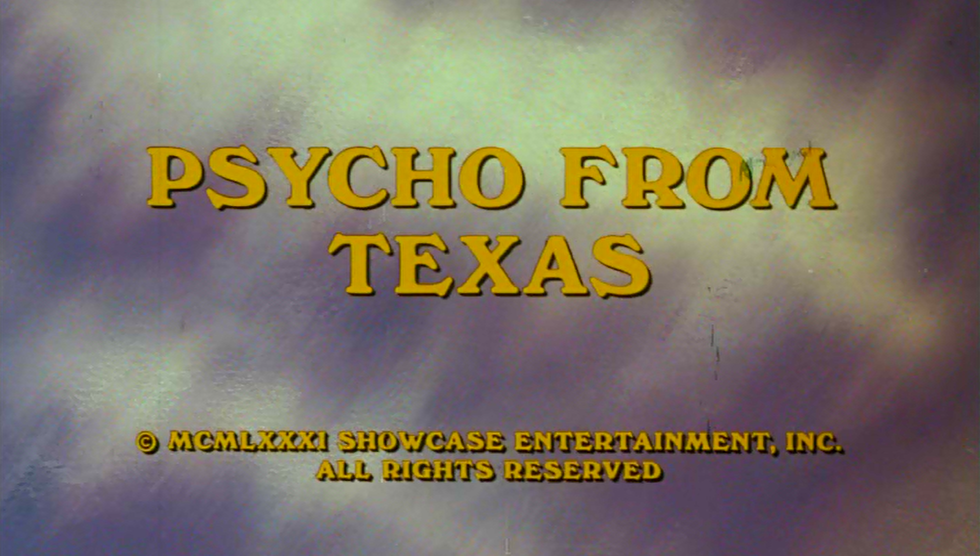 "A mad man roars out of Texas and sends a beautiful young girl's dreams down the drain.....and a whole town into shock !"

Produced and directed by Jim Feazell (who worked as an uncredited stuntman on several late 60's westerns), this oddball & off kilter Arkansas produced thriller was originally released regionally in 1974 under the title of WHEELER with a PG rating. In 1980 Feazell shot some additional footage with bit more sleaze and nudity to spice it up for the drive-in crowd with one sequence featuring future scream queen Linnea Quigley in an early role as a barmaid tormented & humiliated by the title character, along with some flashback sequences. With this footage (along with some additional editing done by the distributors) the movie was re-released in 1980 as PSYCHO FROM TEXAS bearing a new "R" rating. The original WHEELER cut has yet to surface, but over the years PSYCHO has turned up occasionally on budget DVD's that all were seemingly sourced from the old Paragon VHS tape. Code Red recently released this as part of one of their "6 packs", which although sourced from a somewhat battered 35mm print is a welcome upgrade none the less. 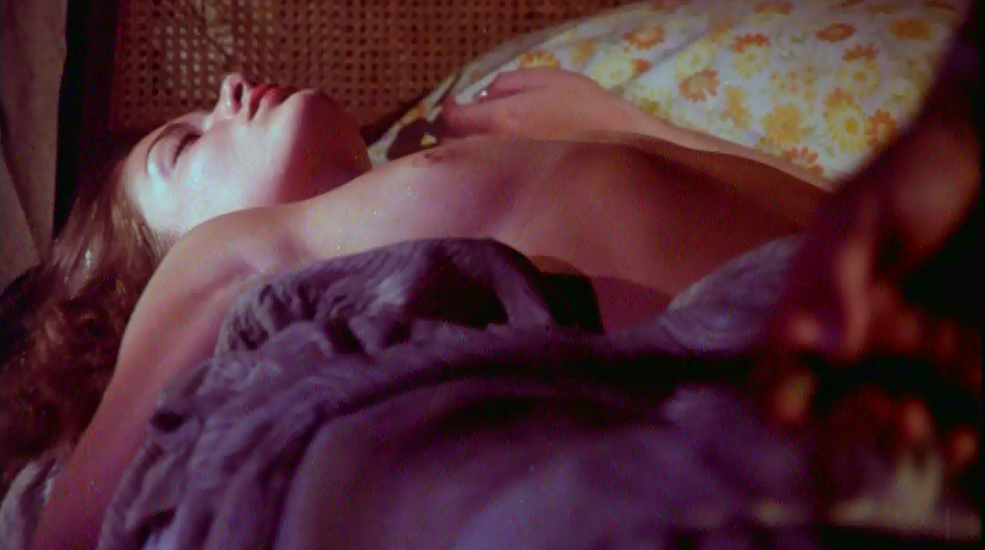 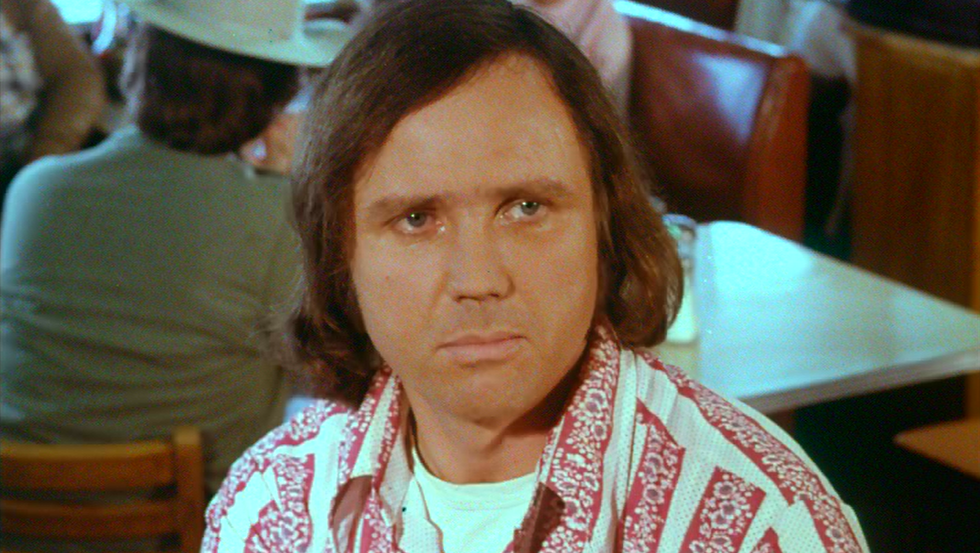 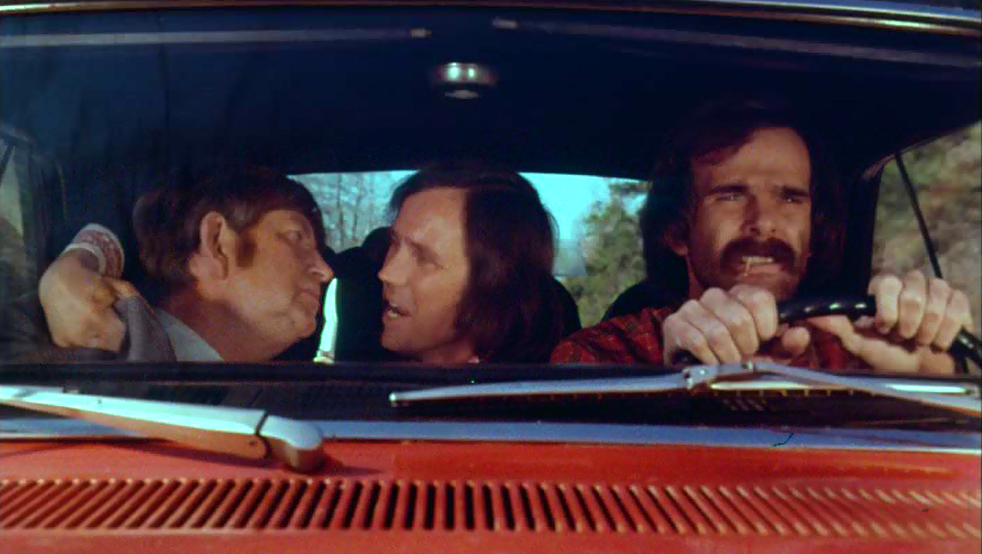 Pudgy faced and sleepy eyed drifter Wheeler ("no first name, no middle name...just Wheeler") arrives in a small town Ark. town and upon arrival almost immediately meets up with the local sheriff and later retired oil baron William Phillips & his daughter (all of whom will figure later in the plot). Wheeler (played with slow moving menace by John King III) initially strikes up a bit of a friendship with Phillips and as we learn later has been hired by a local businessman to come to town and kidnap Phillips. Meeting up with the aptly named "Slick" played with twitchy spastics by Tommy Lamey (who doesn't so much chew on toothpicks as devour them) they proceed with the plan. Kidnapping Phillips they haul him out to a remote cabin whereupon Wheeler decides its a good idea to head back to town to score some grass and its here that the film takes some bizarre turns.
Forcing Phillips to write him a check he brazenly walks into a bank to cash it and wonders about a town bit, buying some KFC (with the constant prominent placement of the KFC logo you know who supplied the catering), smashes a drug pusher in the crotch with a pool cue and ends back at Phillip's house where he's welcomed by by his daughter who's busy planning a party along with her friend (who happens to be the sheriffs daughter). Things go from bad to worse at the Phillips house and back in town he walks into a bar (still clutching his predominately displayed KFC box) and forces barmaid Linnea Quigley to strip nude & dance while he dumps beer over her and finally forces her to straddle an unconscious bar patron. 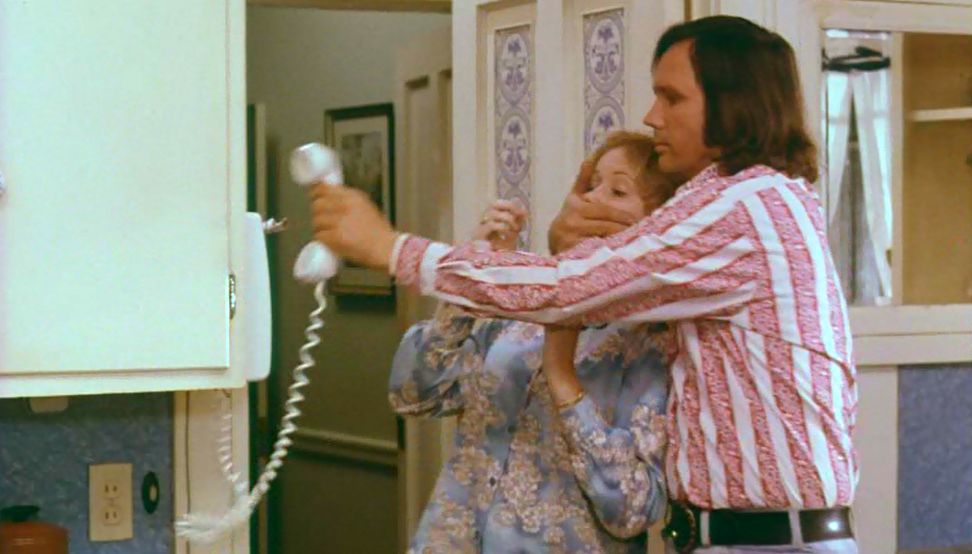 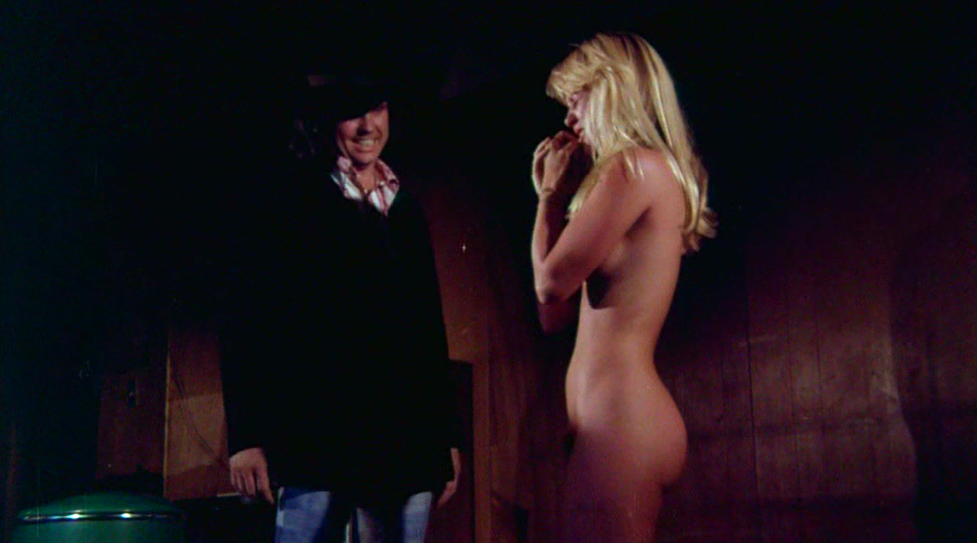 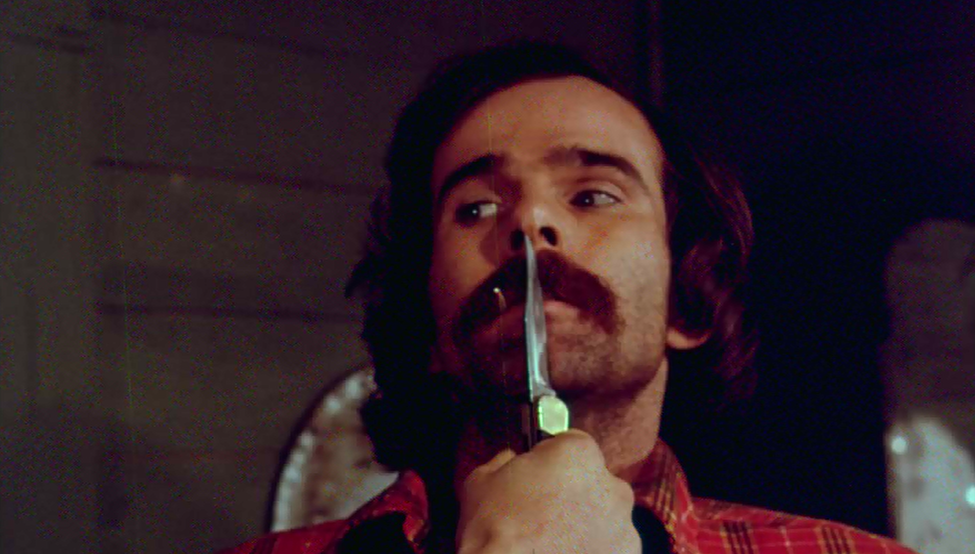 Concurrently after "Slick" falls asleep Phillips manages to escape which proceeds to develop into a seemingly never ending lopping foot chase through woods, over rivers (and in pig-pens) encompassing what would appear to be about half the state of Arkansas. Throughout the course of the film we keep cutting back to the chase (with the both the protagonist usually about 12 ft. apart) and after not to long it becomes almost comical with "Slick" doing his best Wylie E. Coyote imitation as he stumbles and falls every few minutes.
Periodically we're shown flashbacks from Wheeler's perspective (with close-ups of his eyes) that show his childhood with his abusive Mother (played by Angela Carnon from 1970's THE BOOBY TRAP) who works as a prostitute bedding down with traveling salesmen while little Wheeler spies on them. There's also a flashback concerning an earlier murder that was likely inserted to add some more blood and a bit of nudity to the proceedings. John King III knocked around both behind and in front of the camera in several low budget films and rather bizarrely would later pop up in a small role in an episode of CAGNEY & LACEY. As Wheeler he brings a strange presence to an already strangely shot & edited movie. Lethargically going about his business he exudes a creepy low key psycho vibe that would send most right minded people fleeing in the opposite direction a few seconds after encountering him. 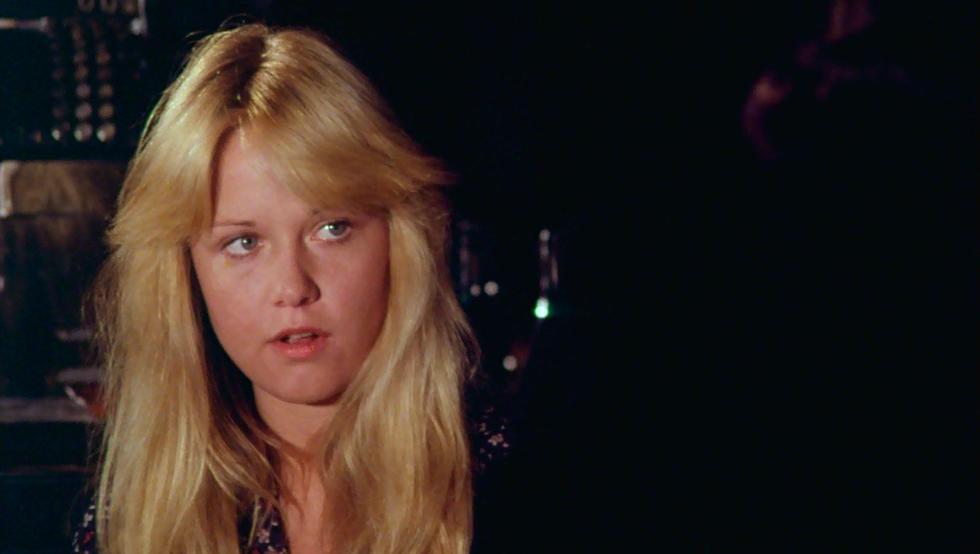 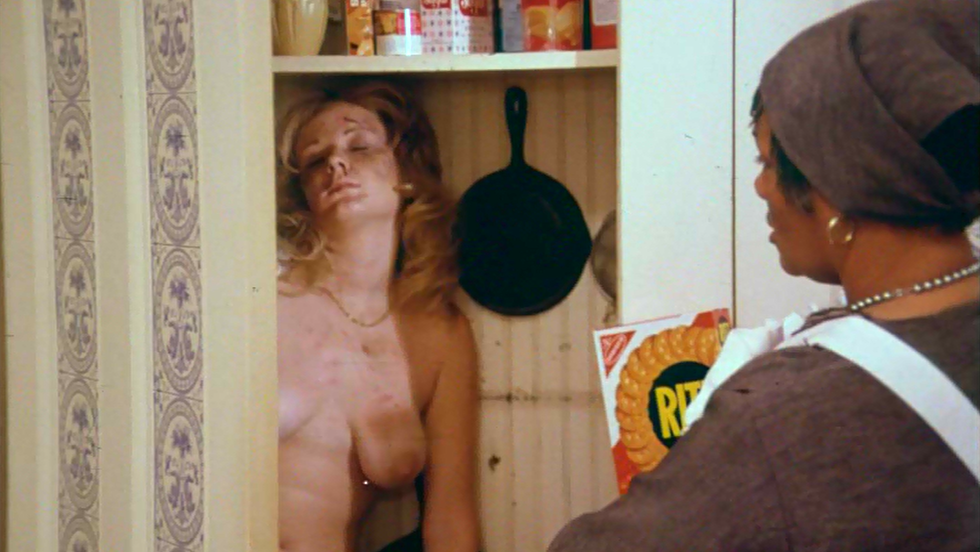 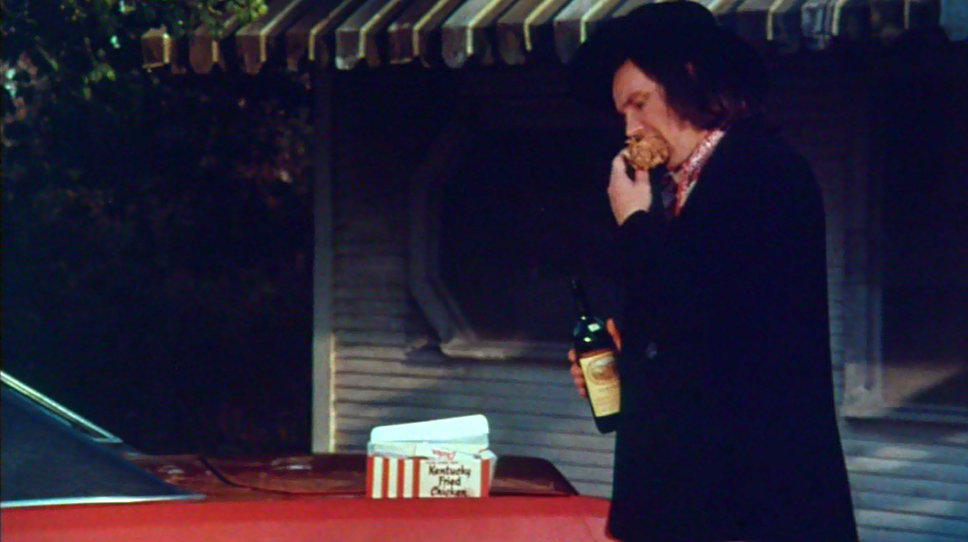 An alternately scuzzy and strangely compelling viewing experience, the film is oddly paced (whether intentionally or by happenstance) and befitting its production history features some nonsensical editing with background dialogue looped over & over at some points. As to be expected it has a cobbled together feel with its stitched together Frankenstein style mishmash of footage creating some jarring transitions. With its junk strewn train yards, rusty oil tanks and greasy diners it does give a wonderful atmosphere of a somewhat gone to seed small southern town. The acting as to be expected all over the place with the two minor female roles (Candy Dee as Phillips daughter and Janel King as the sheriff's daughter) coming off best, although it it is fun to watch Tommy Lamey chewing up bushels of scenery while spewing out string of expletives while pursuing Phillips. It would be interesting to see the WHEELER version as far as what was cut and how it would play without the added exploitation elements. 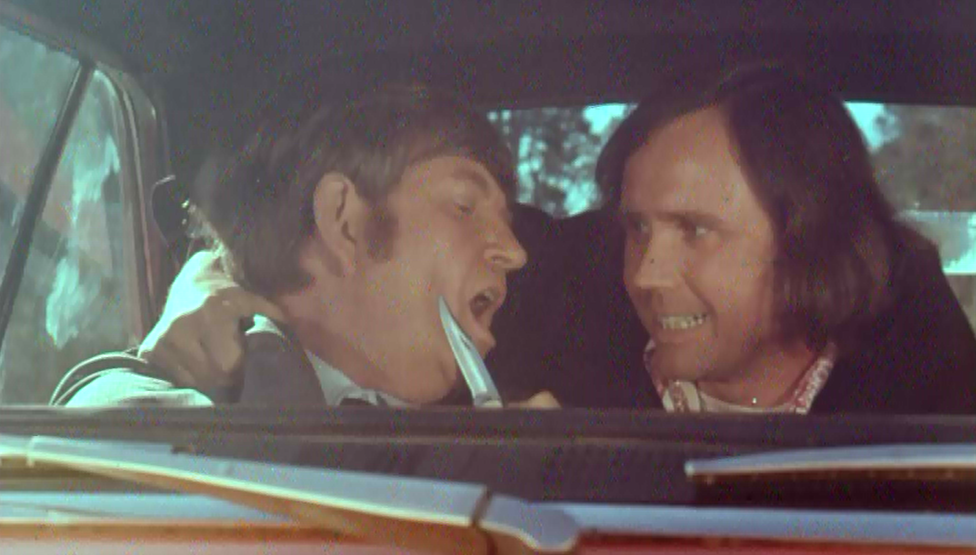 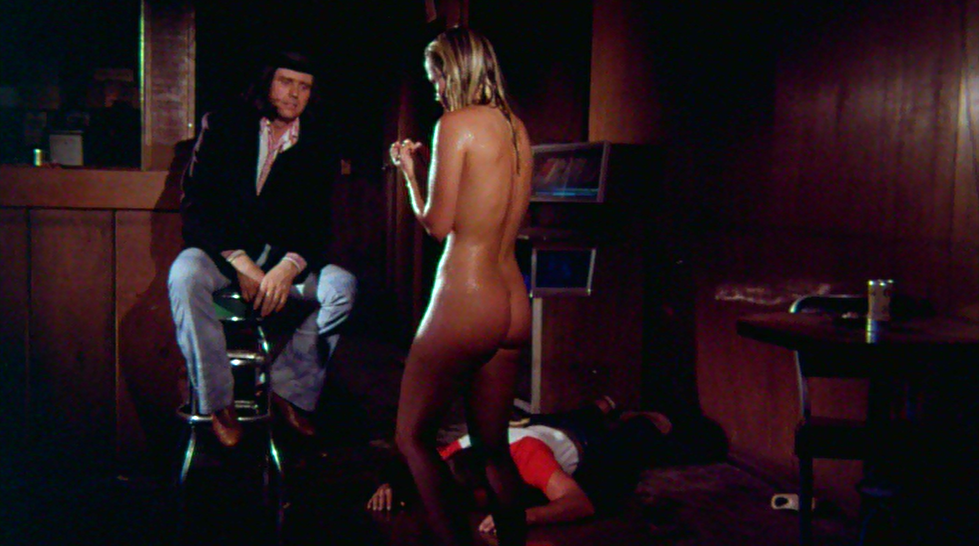 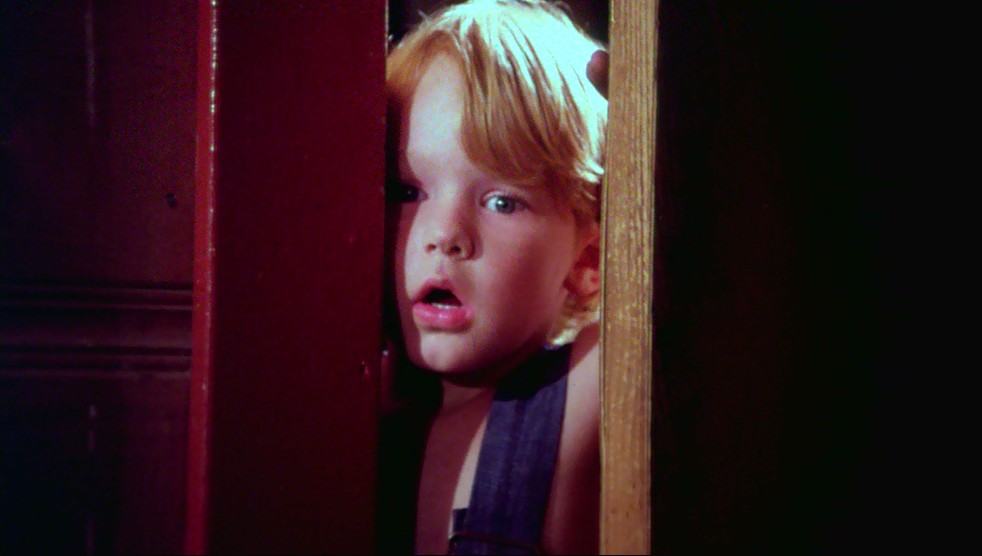 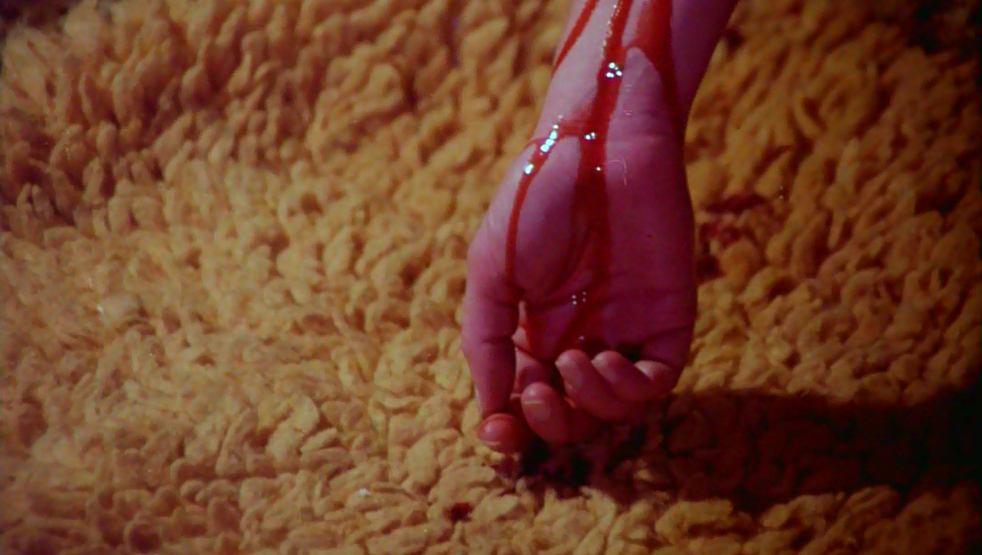 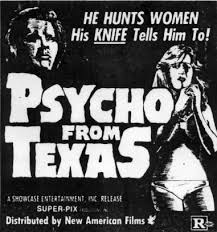