Happy Birthday Angie Dickinson ! - PRETTY MAIDS ALL IN A ROW 1971 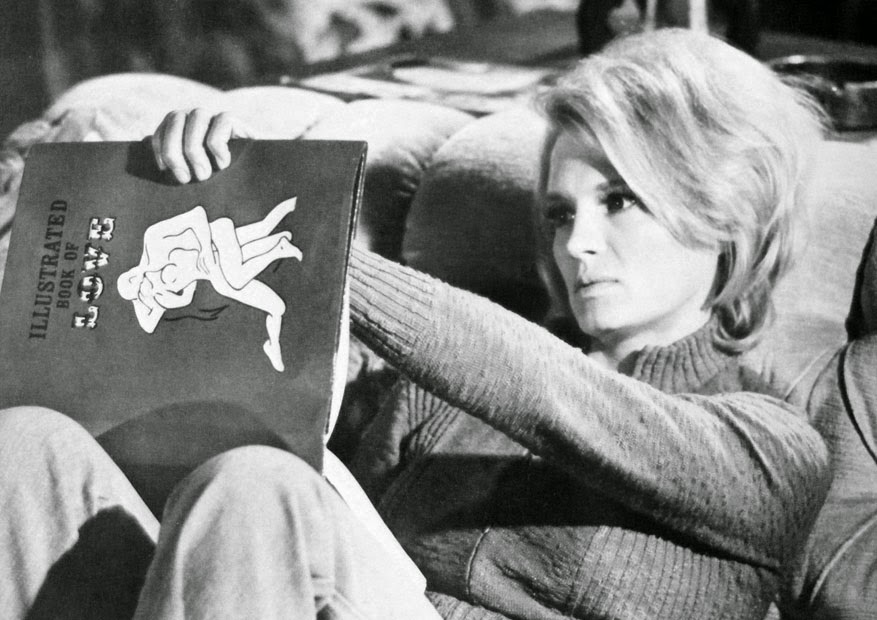 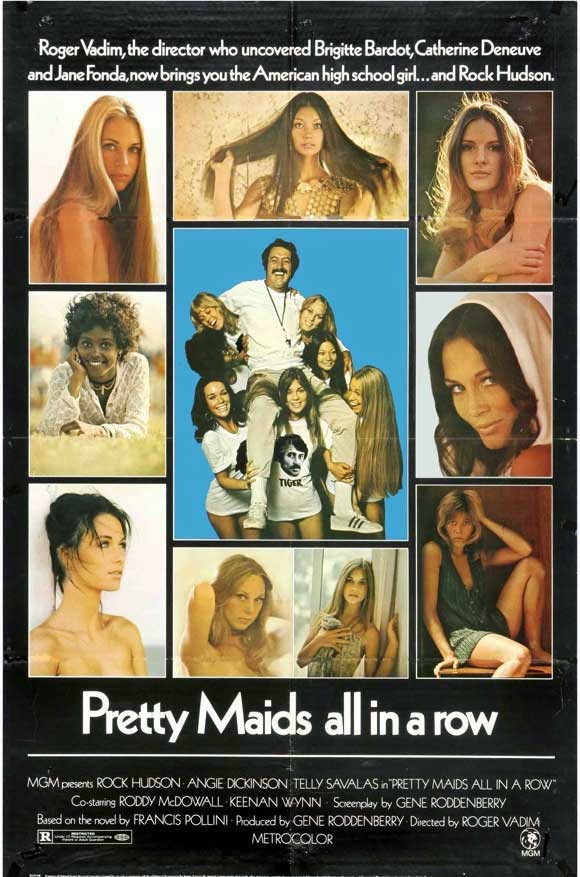 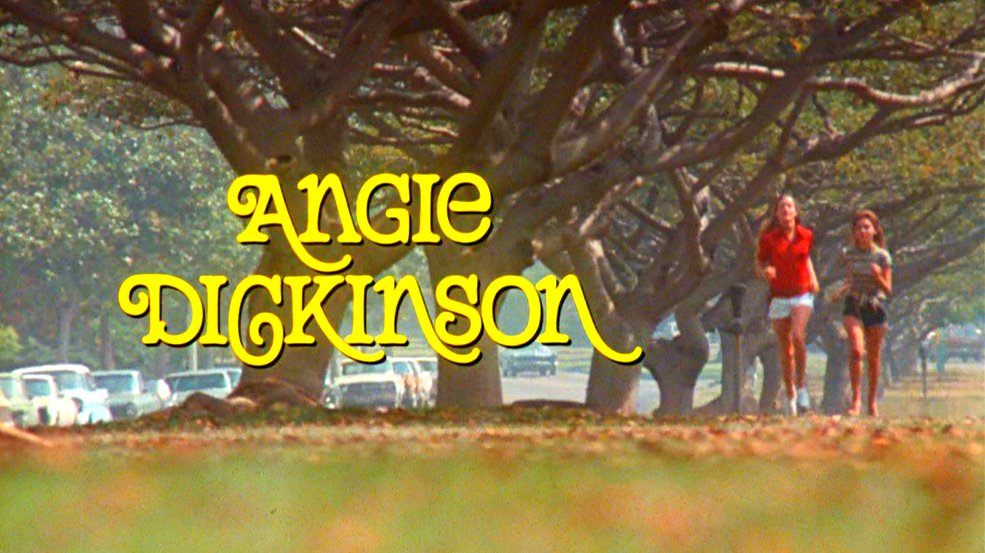 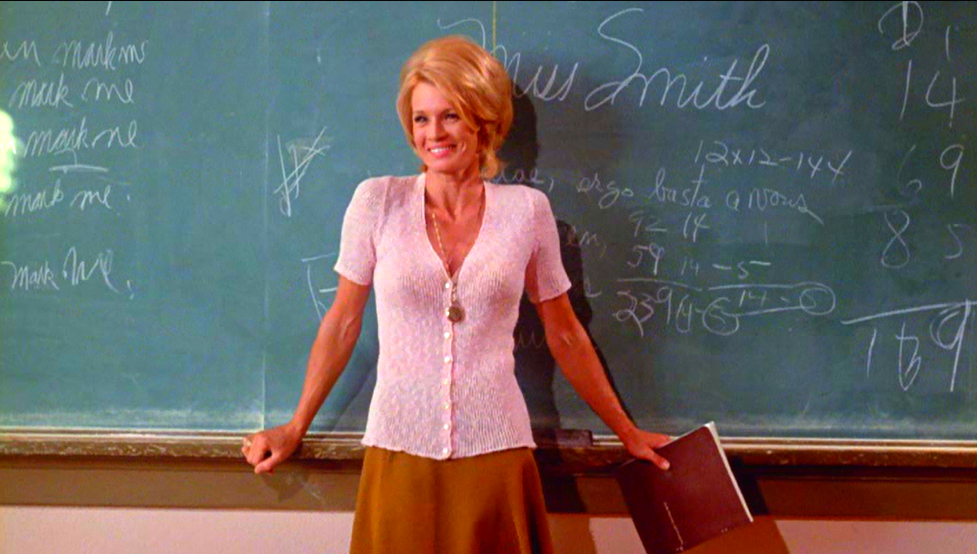 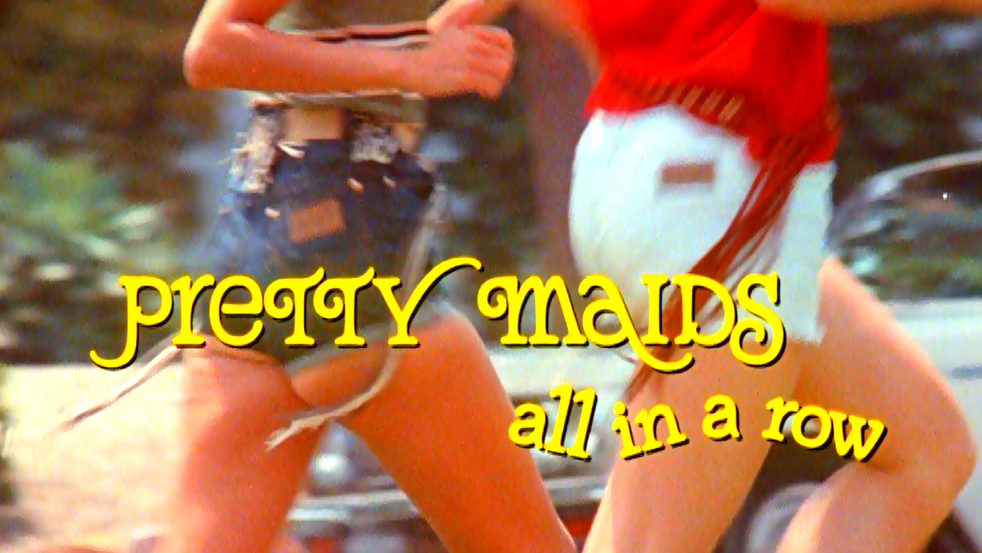 One of the more odd major studio movies to be released during the 70's, as it makes one wonder what MGM's thought process was during its production gestation as far as what they were making and how it was to be marketed and probably most importantly what those thoughts were when they saw what they ended up with. PRETTY MAIDS is a combination black comedy/exploitation/social drama & murder mystery that in addition looks ahead a bit to both the slasher and horny teen comedies of the next decade (even working in the "will they win the big game !?" scenario).
What as first on paper would seem to be an unmitigated disaster waiting to happen somehow/someway manages to work in its own bizarre way with a eclectic cast of both veterans and newcomers along with a witty multi layered script written by Gene Roddenberry (complete with a plot point that could never pass muster today outside of a porn movie).
Directed by Roger Vadim, which combined with a script from STAR TREK scribe Roddenberry makes you wonder if perhaps this was figured by MGM to be a hip "counter - culture" comedy that would appeal to the post 60's crowd. Vadim was a pretty hot commodity at the time most famous for directing movies such as AND GOD CREATED WOMAN (1956), BLOOD AND ROSES (1960) and of course BARBARELLA in 1968.
The PRETTY MAIDS poster in itself is a marvel of pre-PC marketing with the tagline "Roger Vadim, the director who uncovered Brigitte Bardot, Catherine Deneuve and Jane Fonda, now brings you the American high school girl". Despite heavy promotion (including 5 pages in Playboy) it was a massive flop upon release, but not surprisingly would gather a cult following in the coming decades with sporadic showings on late night cable and a 1999 VHS release. After it turned up in one of their polls as a "most requested title" Warner issued a DVD through their MOD program a few years ago. 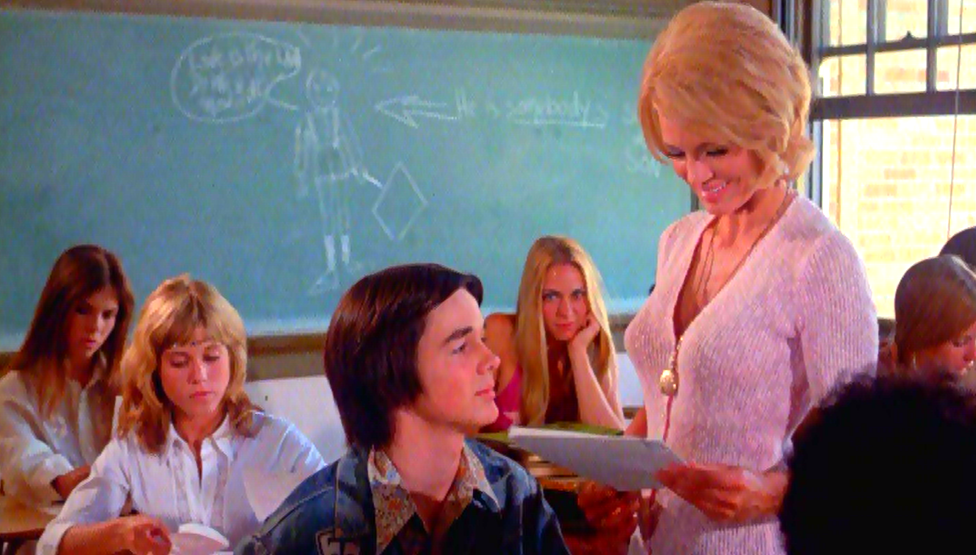 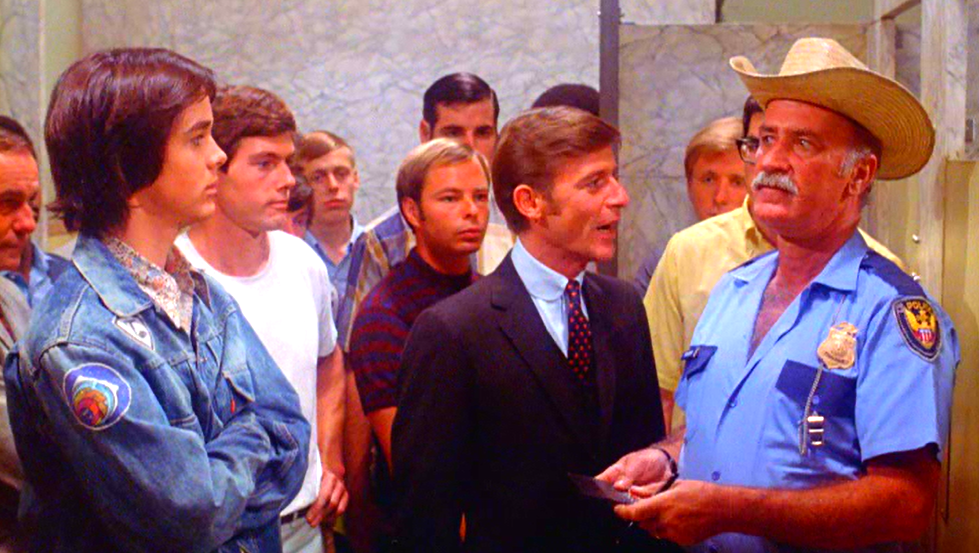 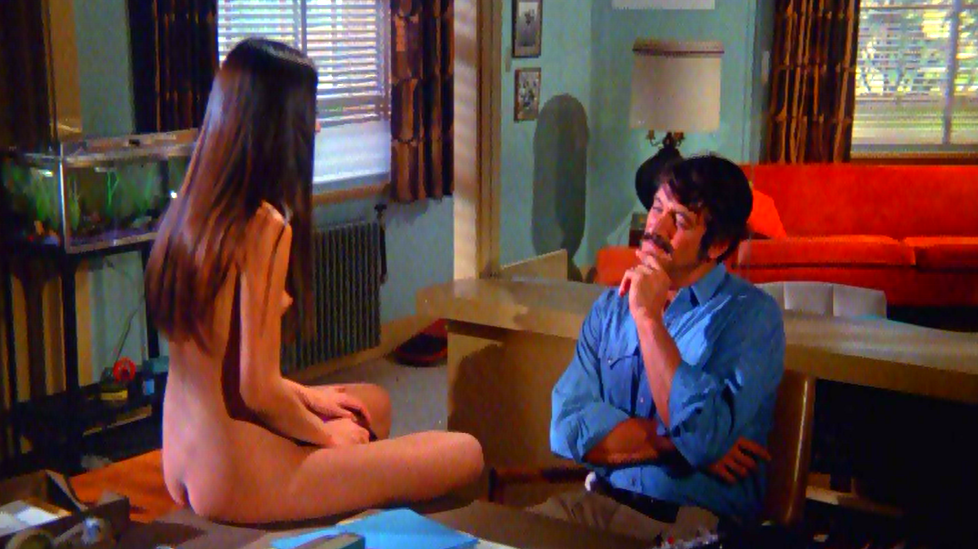 Admittedly I find most of Vadim's work a yawn inducing endurance test (BLOOD AND ROSES has some great imagery going for it - but I've never been able to make it through BARBARELLA), however whether it being the Roddenberry script or the cast this is an amusing and interesting little film. It's still somewhat of a schizophrenic jumbled mess, but to it's credit it's a fascinating schizophrenic jumbled mess. In addition Vadim seemingly freed of the visual excesses of BARBARELLA uses the camera to focus on the multitude of attractive actresses at every available opportunity, sometimes almost using it as a "peeping tom" type character within the movie as it peers up skirts and down the front of blouses, focuses in on girls calestatics classes or zooms in on legs & bottoms in shorts.
Taking place at a fictional Southern California high school, it was filmed at University High in West Los Angeles (you wonder what school administrates thought of the finished movie) and was the French born Vadim's first American film. The film nominally centers around student Ponce De Leon (!) Harper played by John David Carson (almost Keith Partridge on THE PARTRIDGE FAMILY), who feeling shy and uncomfortable around the opposite sex is taken under his wing by football coach and "guidance counselor" Michael "Tiger" McDrew (Rock Hudson). Seeking to help out Ponce, Coach McDrew enlists the help of new substitute teacher Mrs. Smith (Angie Dickinson) to teach Ponce the ways of the world. 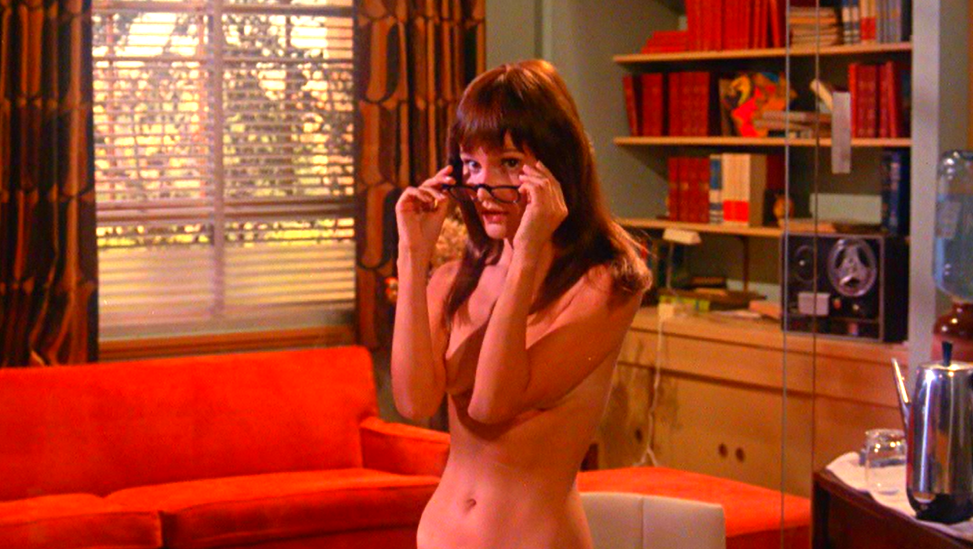 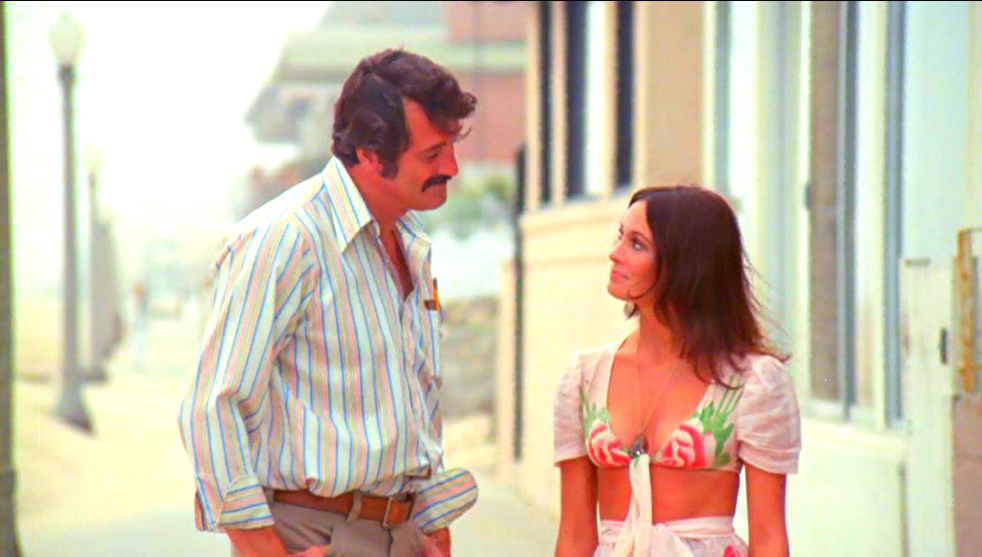 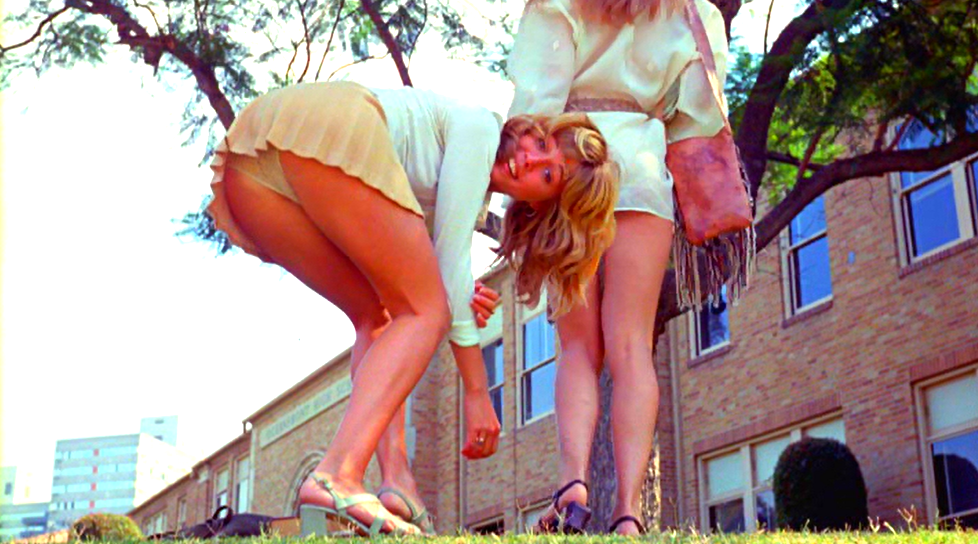 In a parallel plot point the coach is also giving special closed door "guidance" tests to various female students (the "Pretty Maids"- with some startling amounts of nudity for a major studio release in 1971) and in addition someone begins killing off the said "Maids" leaving their bodies laying around various places about the school. The principle (Roddy McDowall) seems only to care about the schools image, as the killings bring in a state police investigation in the form of Capt. Sam Surcher (Telly Salavas - seeming to be here in practice for KOJAK) along with his underlings William Peterson (DEMENTIA 13) and James Doohan from STAR TREK.
As if all this weren't quite enough you also have Keenan Wynn as the dim witted local chief of police and Susan Tolsky as a ditsy and frazzled school secretary who are both on hand for some broad comedy relief. Lalo Schifrin contributes an alternately bouncy & moody score (complete with The Osmonds over the opening and closing credits). 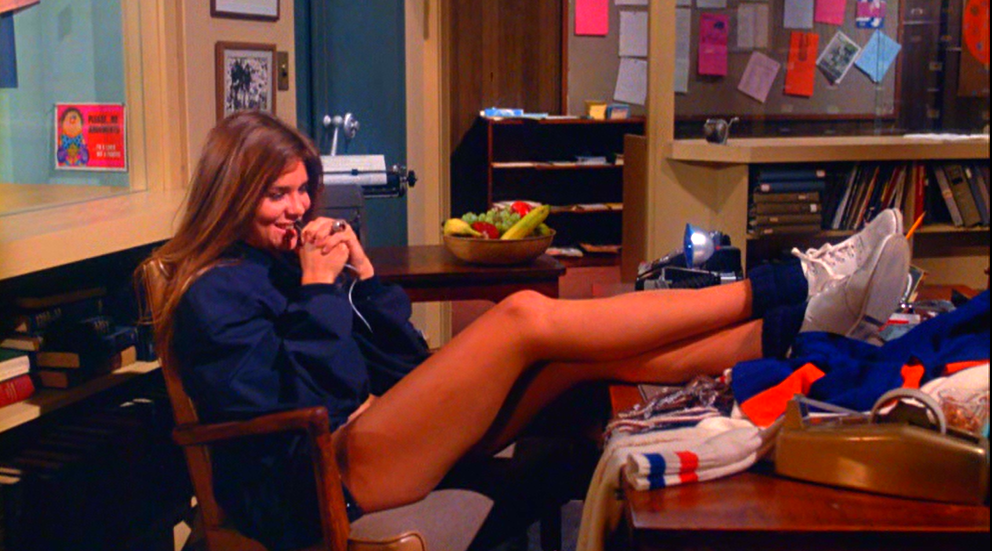 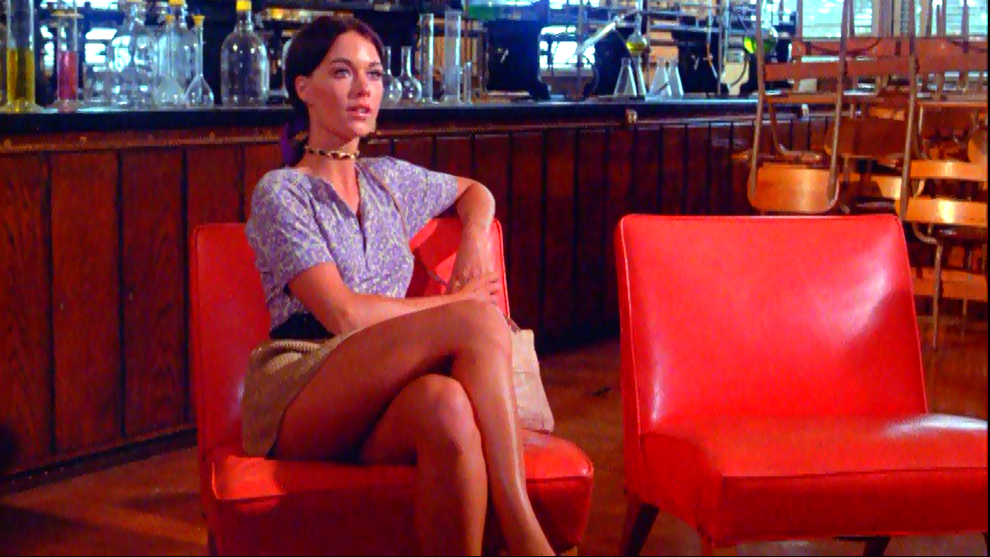 As in my previous post the cast includes an intriguing bunch of soon to be cult actresses including Joy Bang (MESSIAH OF EVIL), June Fairchild (THUNDERBOLT AND LIGHTFOOT) and Margaret Markov (BLACK MAMA WHITE MAMA). In addition a breathtakingly beautiful Barbara Leigh (who was to be Vampirella in Hammer's aborted film) plays Hudson's very understanding wife. Still a few years ahead of her big breakout roles in BIG BAD MAMA for Roger Corman and TV's POLICE WOMAN, Angie appears to be having a great deal of fun with her role (a role for which she was perfectly cast) and the entire cast plays it as if their all in on one huge joke (Next to SECONDS this is one of Hudson's best performances). Having just turned 40 years old here Angie more then holds her own against the bevy of younger starlets. 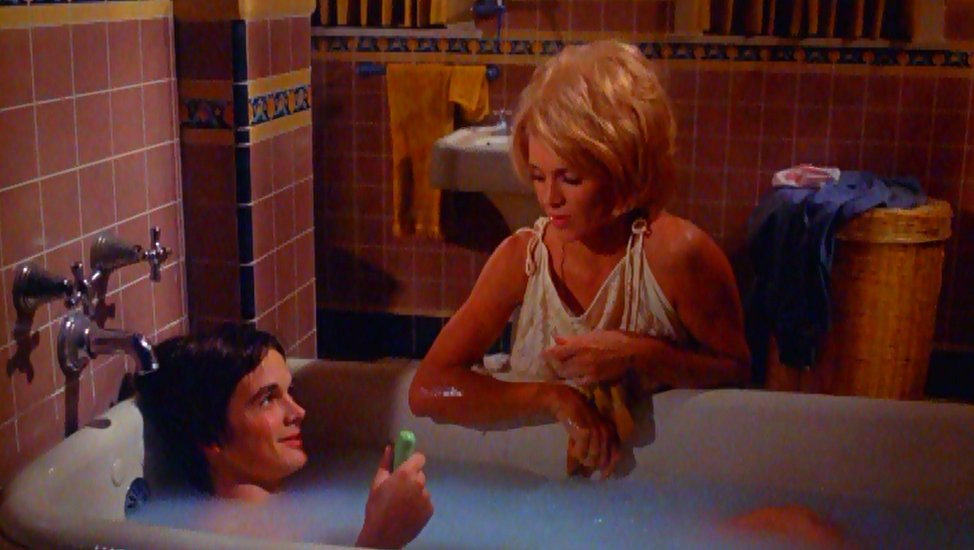 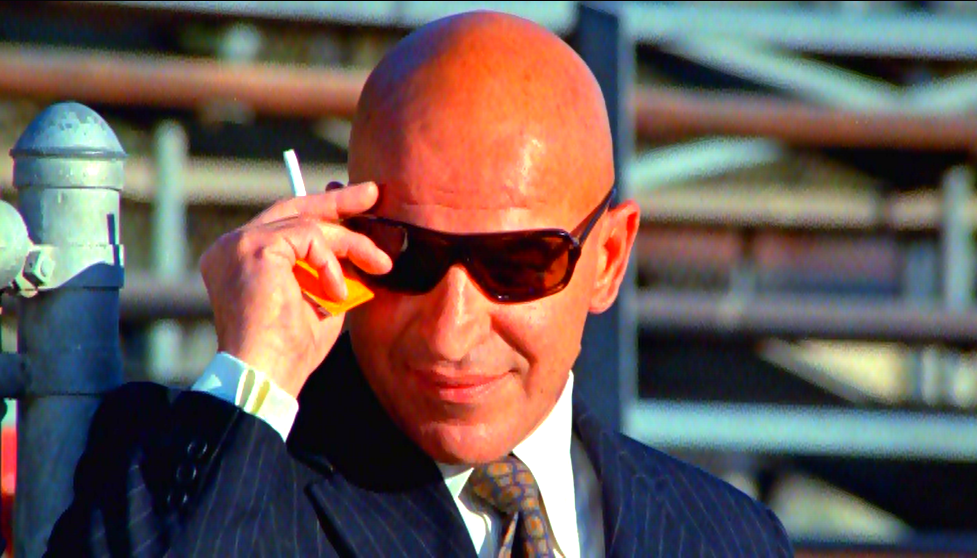 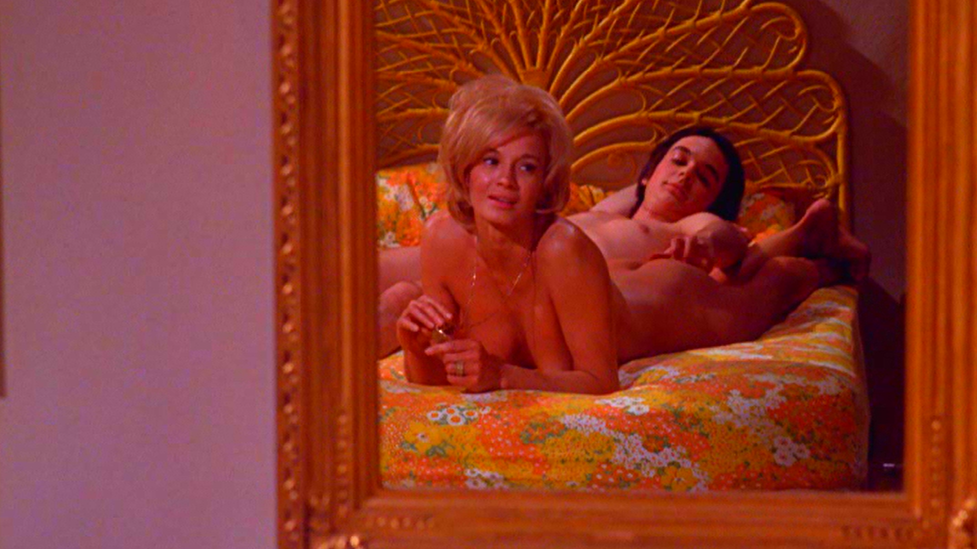 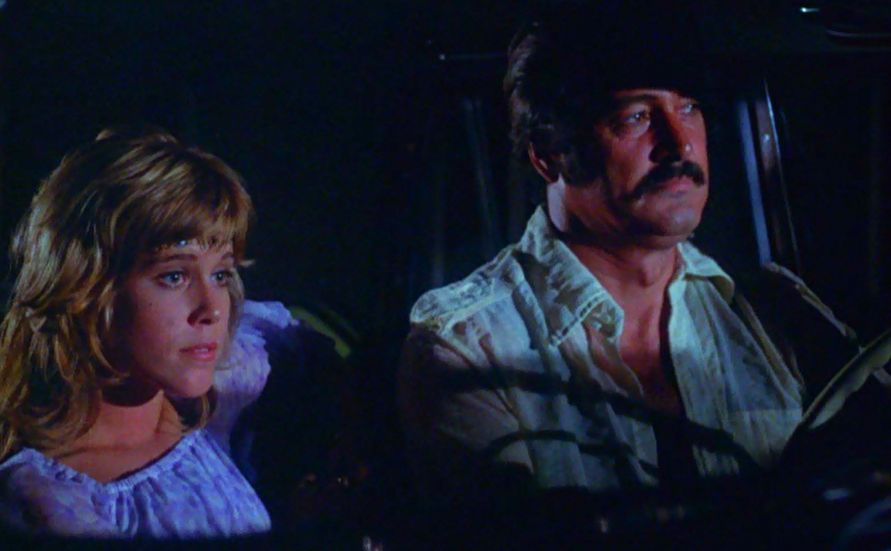 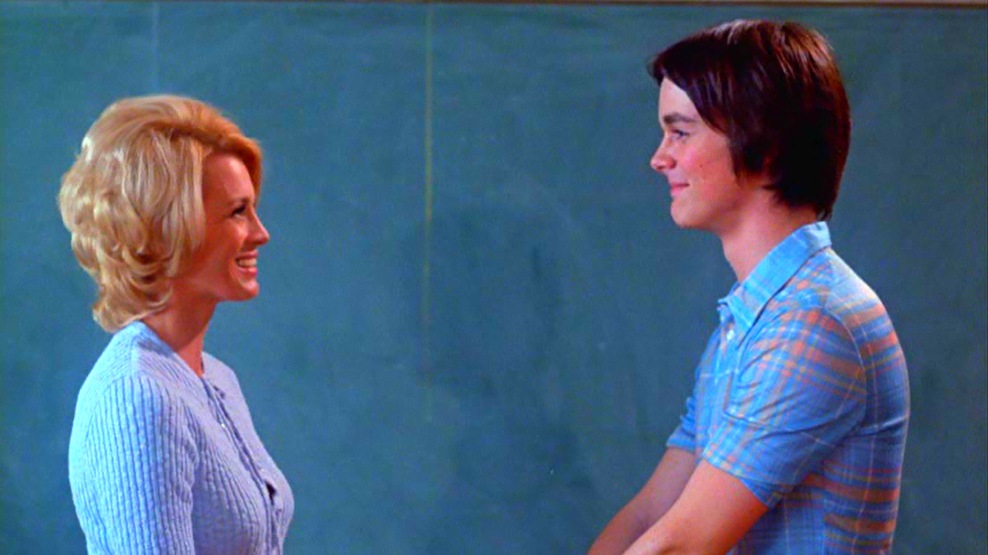 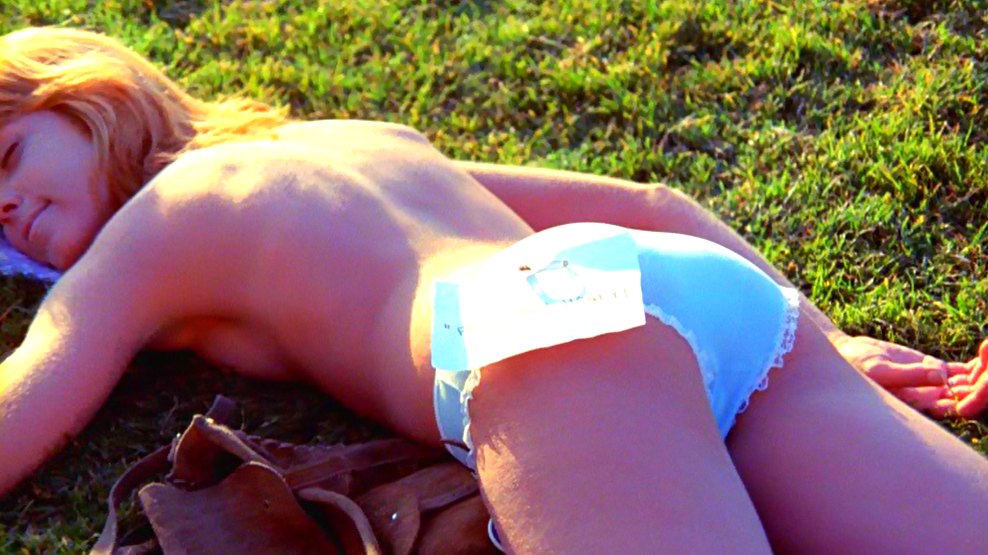 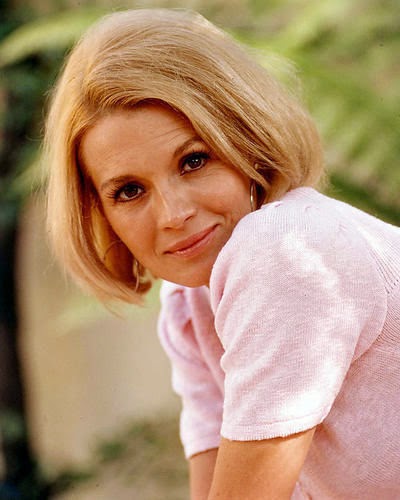