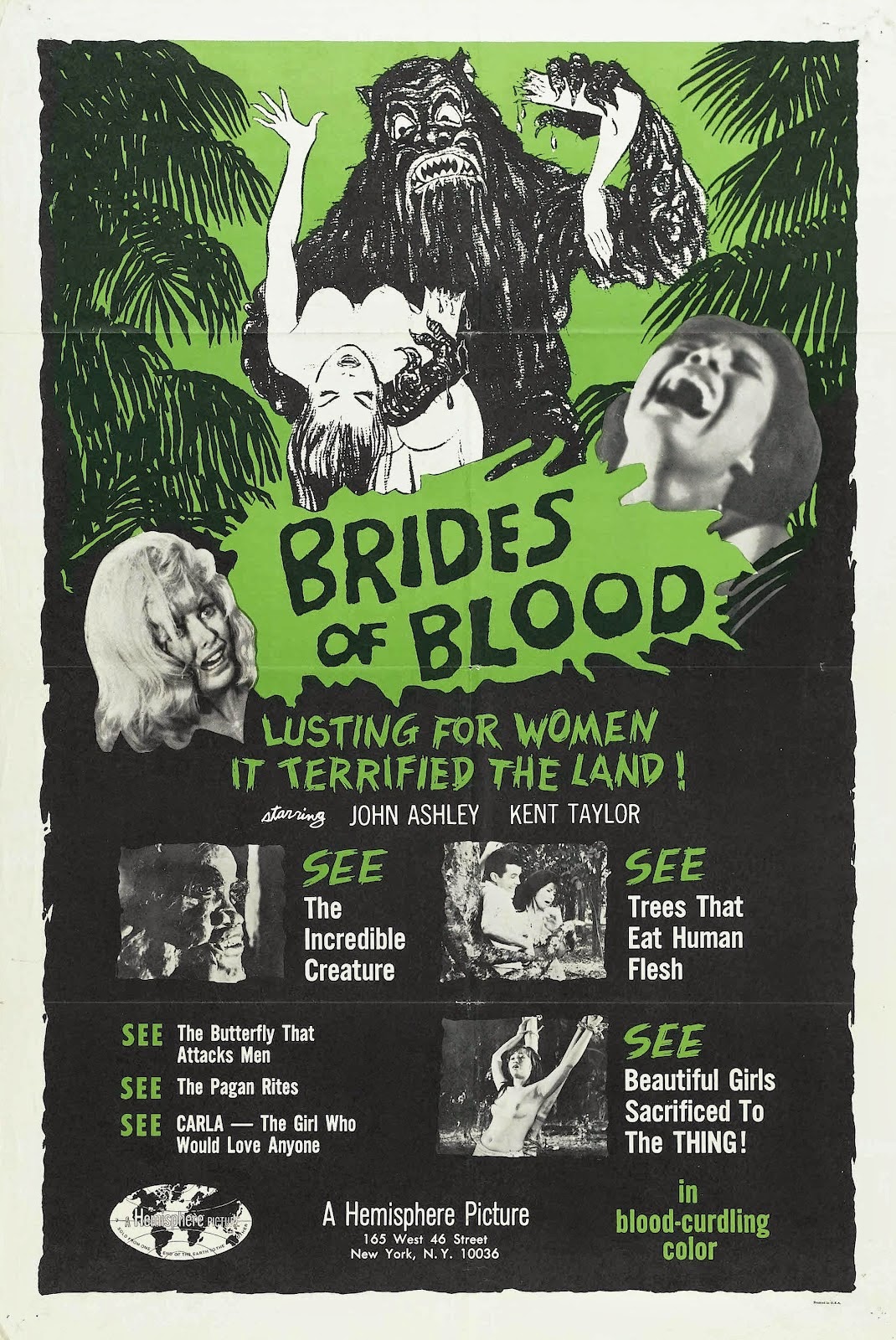 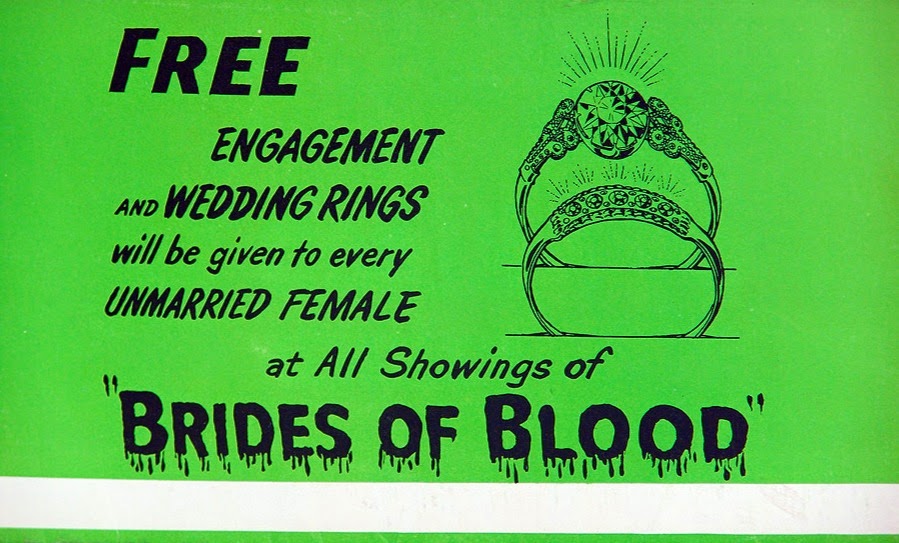 Lusting for Women It Terrified the Land ! 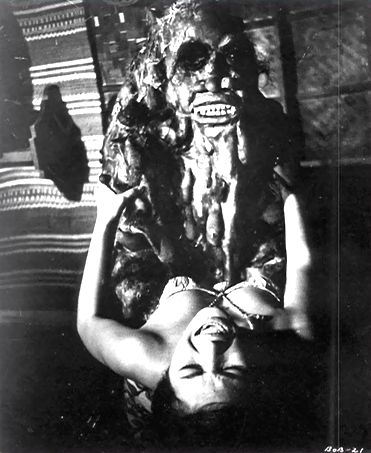 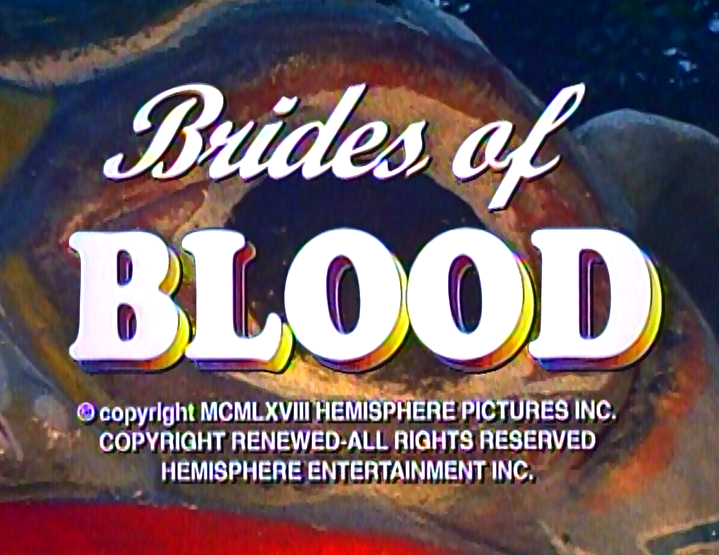 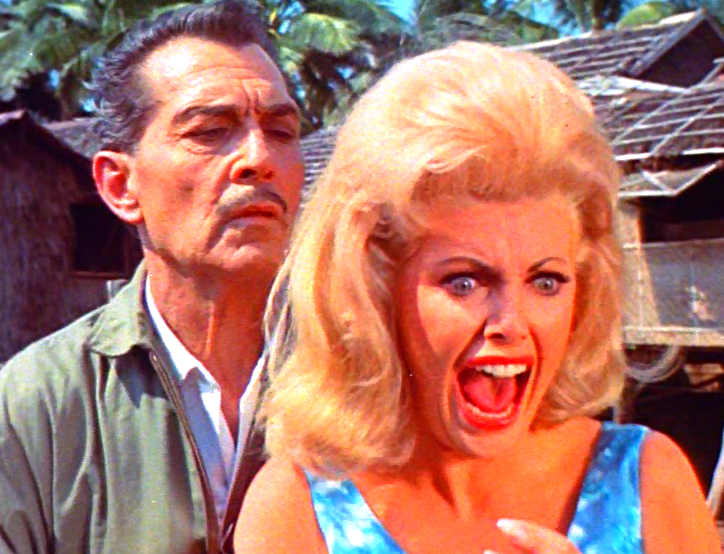 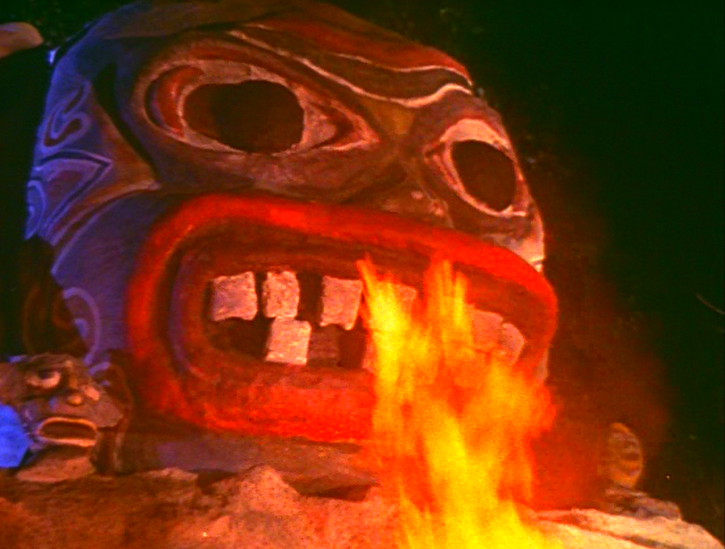 1968's BRIDES OF BLOOD was the first in the trilogy of "official" Blood Island movies (or second in the quadrilogy if you count 1959's TERROR IS A MAN or to make it even more confusing its second in the pentalogy if want to include BRAIN OF BLOOD from 1972) and is the movie that really kicked the Filipino exploitation market into high gear. Produced in the Philippines by Hemisphere Pictures and director Eddie Romero BRIDES was distributed in America by Al Adamson and Sam Sherman's Independent-International Pictures with a nifty promo that had plastic wedding rings handed out to lucky female patrons. BRIDES along with its followups MAD DOCTOR OF BLOOD ISLAND and BEAST OF BLOOD were re-tilted and re-leased numerous times (GRAVE DESIRES and TERROR OF TIKI ISLAND among them ) before being sold to TV were they were more often then not shown uncut (which was undoubtedly quite a surprise to many young horror fans) by local stations who were not use to checking horror films for content. 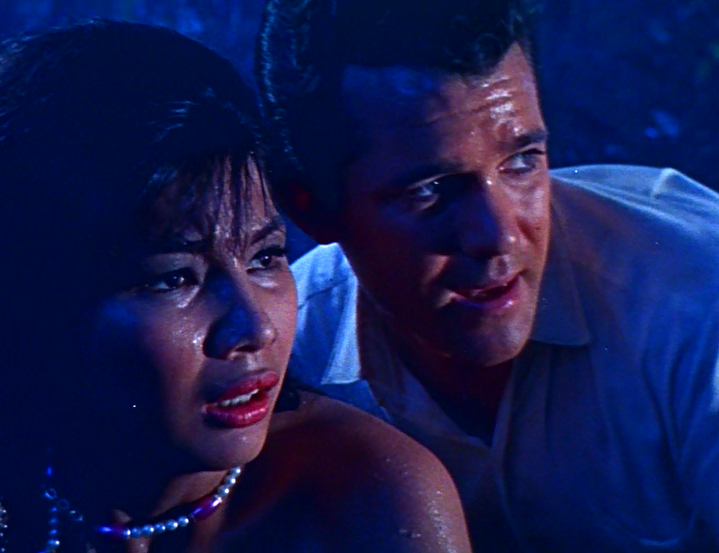 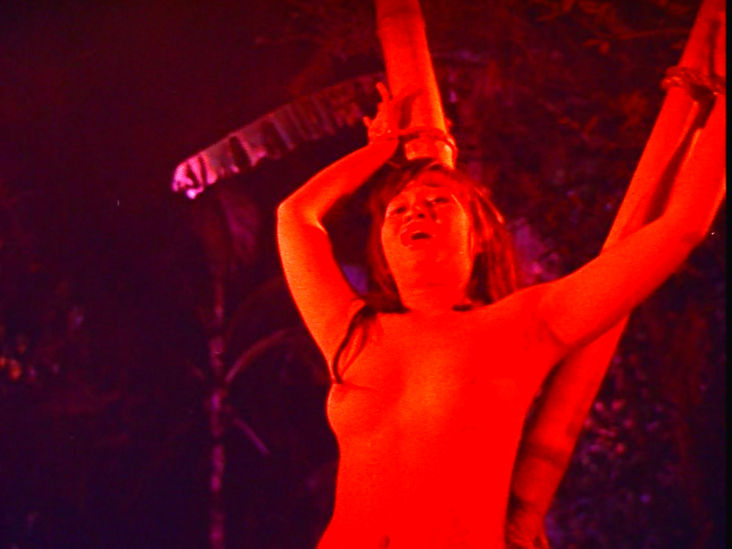 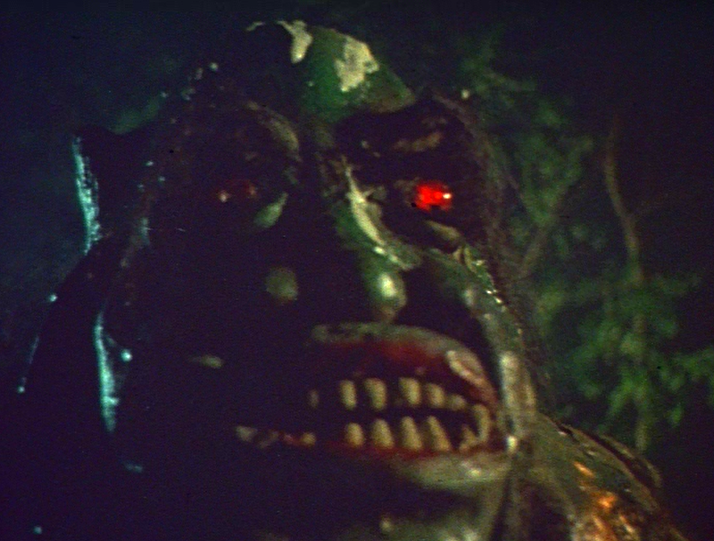 Although sharing the same island setting as the next two films BRIDES features an altogether different monster then MAD DOCTOR's famous "chlorophyll man" however the movie's basic premise is the same as a group of outsiders show up despite warnings from the boat captain and run afoul of a rampaging Filipino monster. John "Mr. Blood Island" Ashley accepted this role (and would star in the subsequent sequels) after his divorce from his Beach Party co-star Deborah Walley and would stick around in the Philippines becoming a successful producer before heading back to America where he produced THE A-TEAM.
Scientist Dr. Paul Henderson (former Hollywood "B" lister and future Al Adamson "A" lister Kent Taylor) arrives on Blood Island along with his dishy and perpetually horny wife Carla (played by stripper and low budget actress Beverly Powers - here going by her stage name "Beverly Hills") and Beach Party alumnus John Ashley as Peace Corp worker Jim Farrell. Naturally their forewarned by their boat captain about setting foot on the island and once there are warned by the leader of the local village and his daughter Alma (very busy Filipino actress Eva Darren) that villagers have returned to "the old ways" which they seem to get a sample of straight off as a burial a sea is interrupted by some dismembered limbs tumbling out of the coffin. 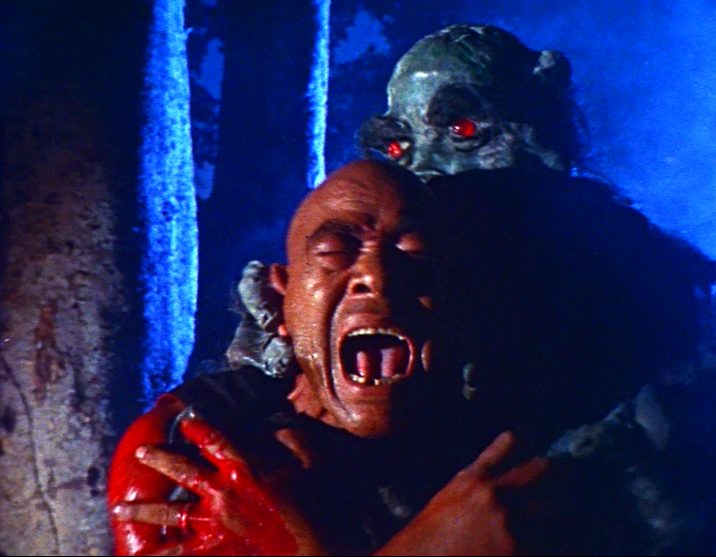 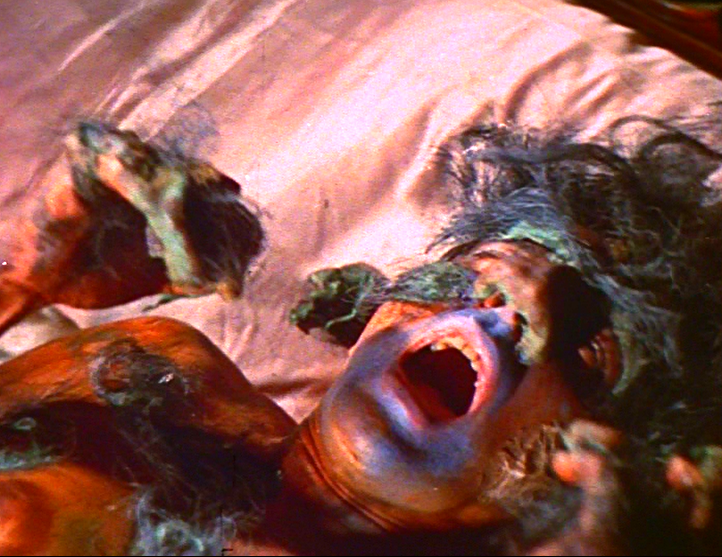 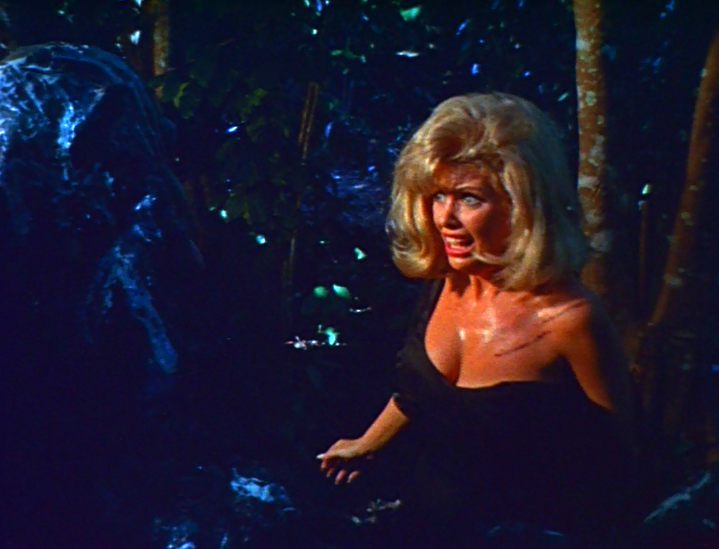 Dr. Henderson has arrived on the island to study the effects of lingering radiation from the nearby earlier atomic bomb tests (while his wife throws herself at any available man) and Peace Corp worker Jim has come to show the locals irrigation and crop rotation. The effects of radiation are noticed in the form of huge man eating plants that come to life only at night along with a petrified mutated land crab and a large butterfly/moth thing that bites (along with one other BIG aftereffect lurking around). In regards to the locals reverting back to "the old ways" they've also started holding a lottery and picking out a couple of young female virgins (which seeing how they do this every night makes you wonder how long it can go on) which they then stake out if front of a wonderfully cheesy looking altar, rip off their clothes, fire up some purple and red smoke pots and then wait for "the evil one" to appear. Much has been written about "the evil one('s)" appearance as it is one of the most ludicrously wonderful monster designs ever to come down the pike. Most often described as the "The Michelin Man" it always looked more like to me as a relative of Tabanga from 1957's FROM HELL IT CAME (or if you gave a five year old some play-doh and ask him to make a monster). 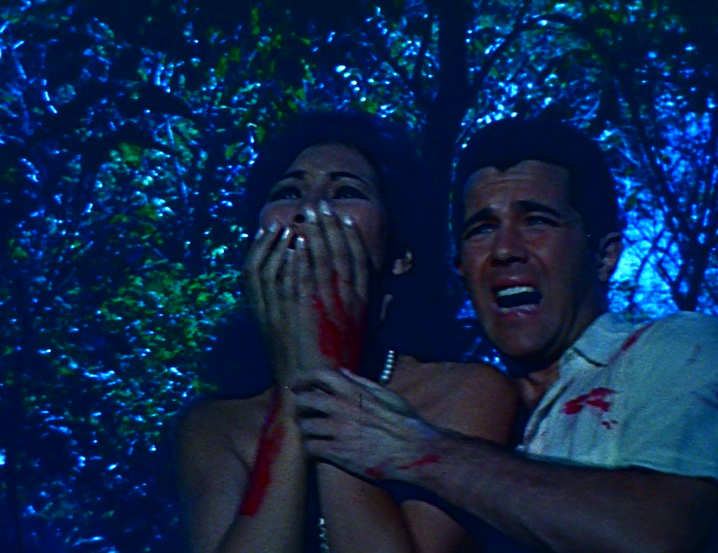 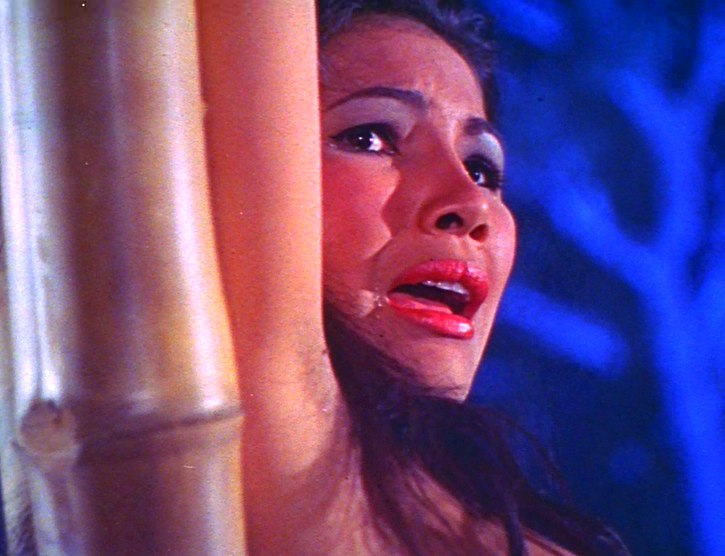 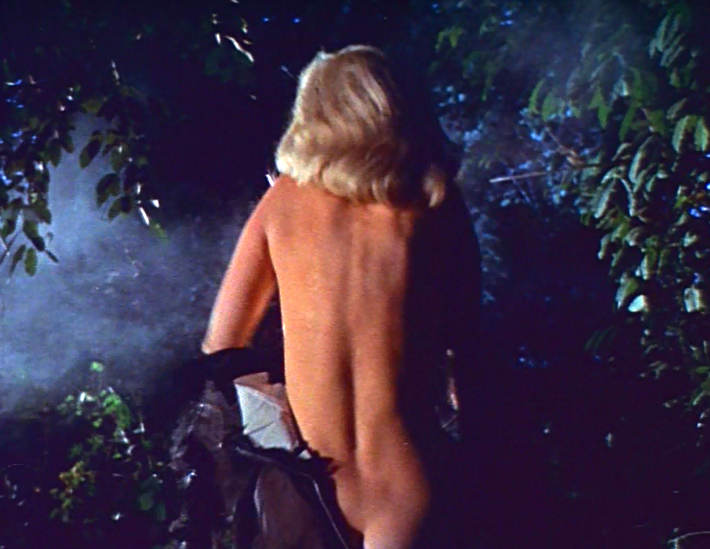 Another Blood Island resident is Esteban Powers (Mario Montenagro) who lives in a large mansion (later used by Ronald Remy in MAD DOCTOR and BEAST) who has as his assistant the bald-headed and scary looking Bruno Punzalan (who was in about every Filipino exploitation movie) and a whole bunch of little people scurrying around as his servants. Along with his irrigation & crop rotation classes John Ashley has been keenly watching Alma and as she unfortunately draws the winning ticket in the nightly sacrifice a virgin lottery this forces him to spring into action and rescue her which incurs the wrath of the villagers. Scampering thru the man eating tree infested jungle they along with Dr. Henderson and his wife take shelter in Esteban's house. Which as it turns out isn't that great of an idea and necessitates Carla prowling about in her black negligee (which she thoughtfully packed for her trip to Blood Island).
As I stated in my earlier entry for MAD DOCTOR OF BLOOD ISLAND , although undeniably cheap & shoddy looking the Blood Island movies are all vastly entertaining and there is an undeniable charm about them. Because of the primitive filming conditions there's a real grunginess about them as you can almost feel the humidity and smell the dank rotting jungles. For anybody interested in these movies (and all facets of the Filipino exploitation industry) please check out Mark Hartley's excellent documentary MACHETE MAIDENS UNLEASHED. 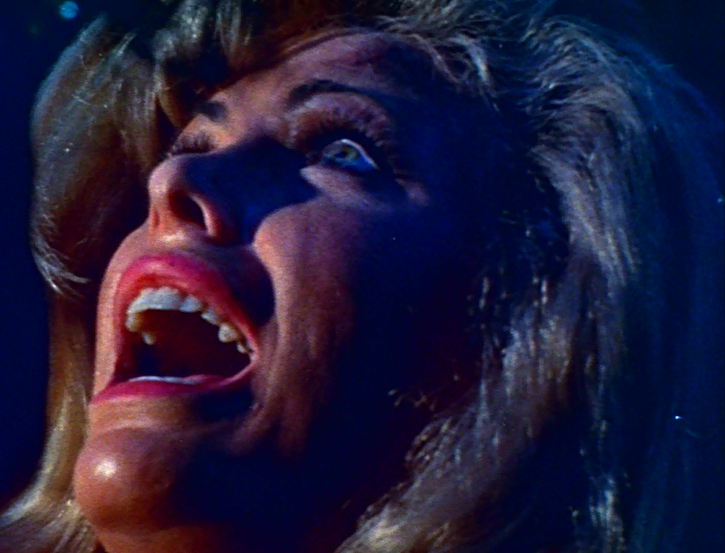 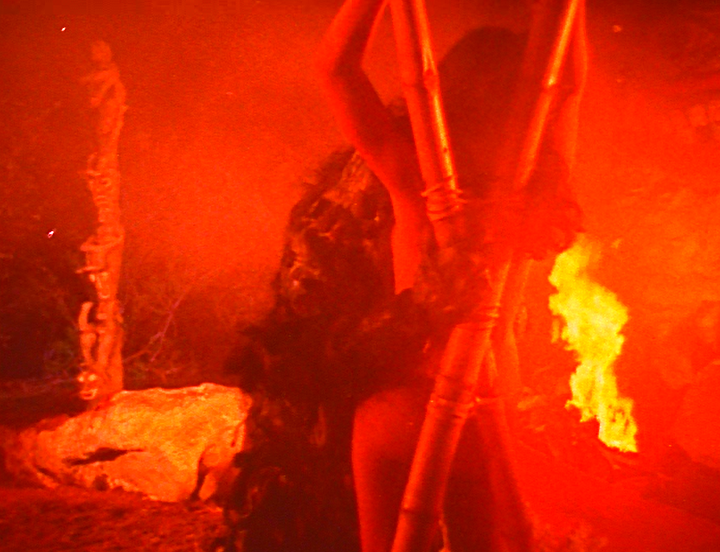 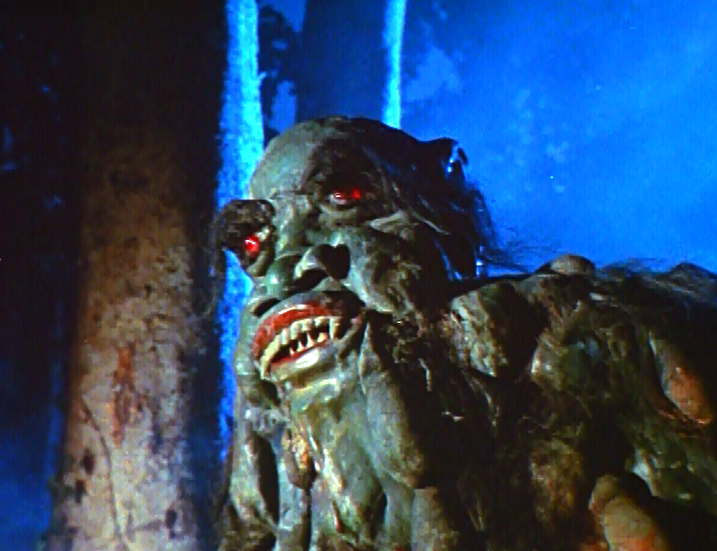 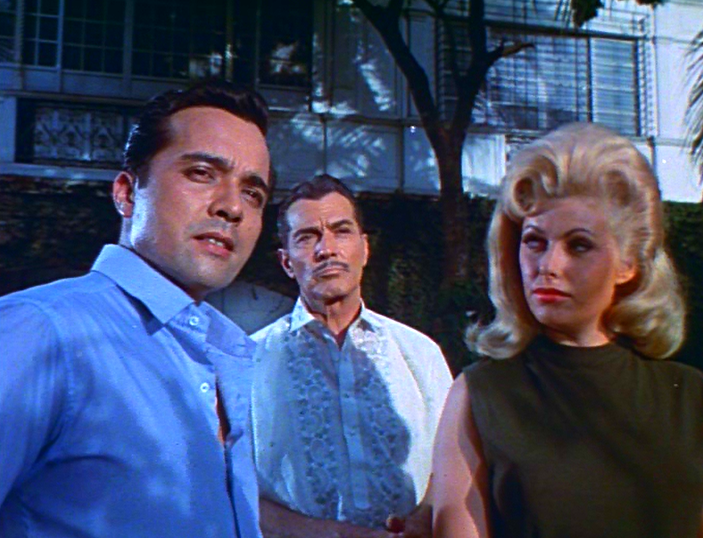 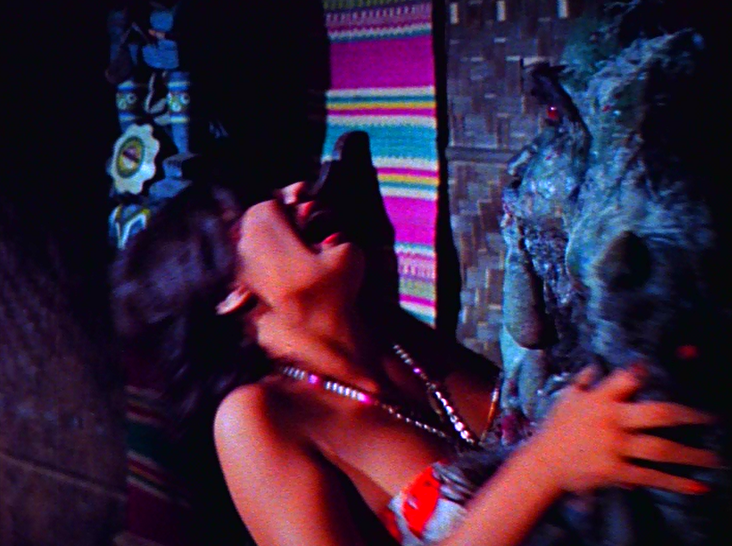 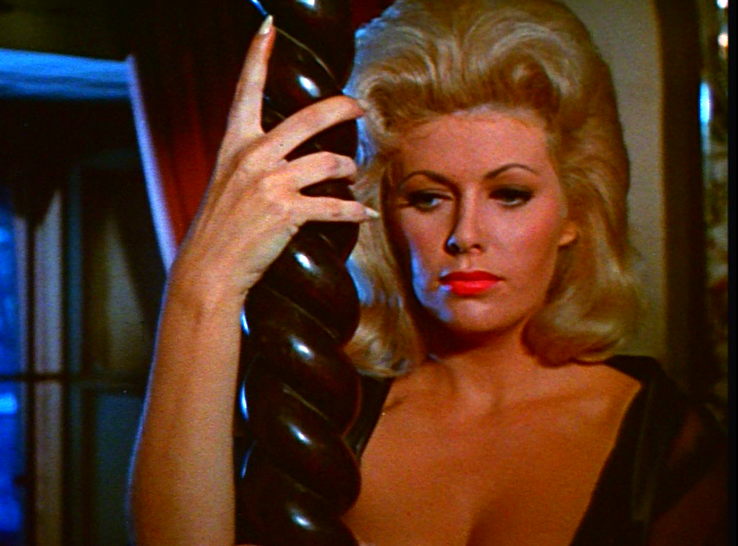 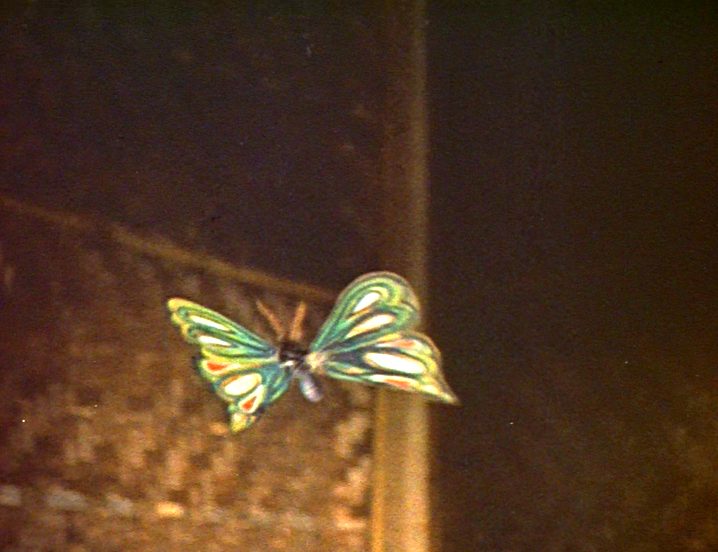 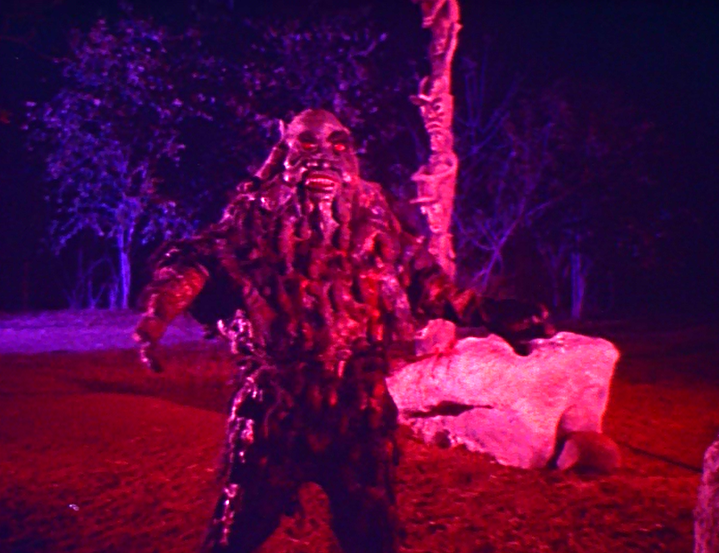 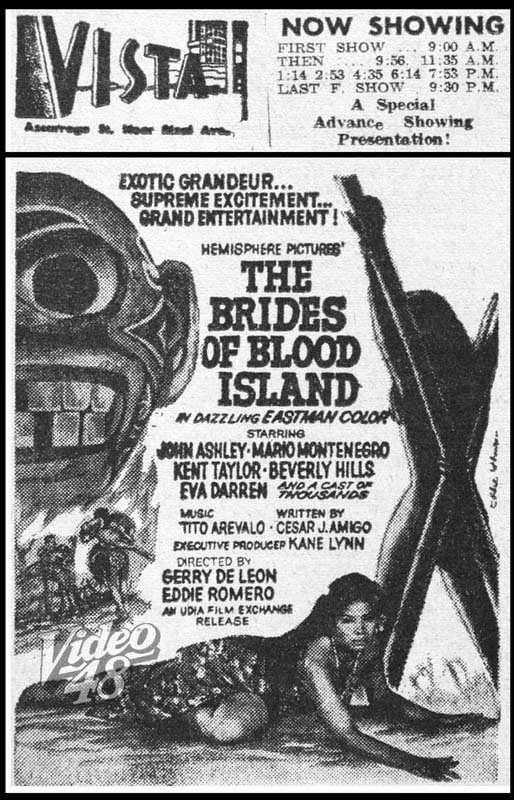 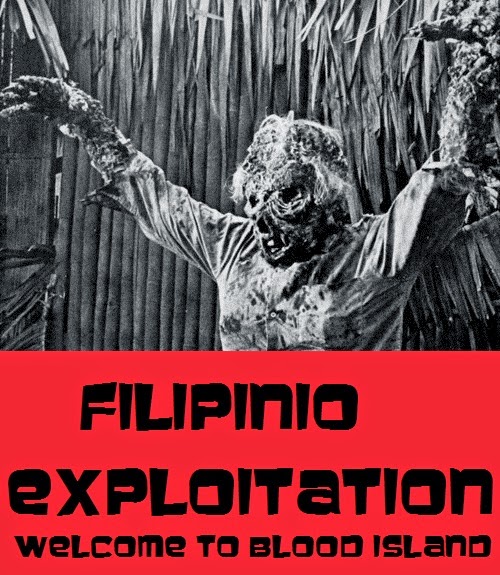