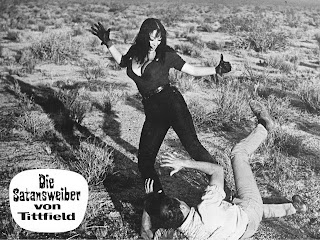 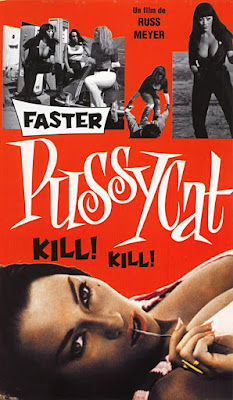 "Ladies and gentlemen, welcome to violence..." 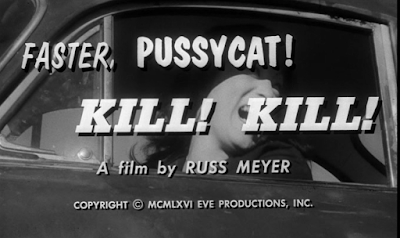 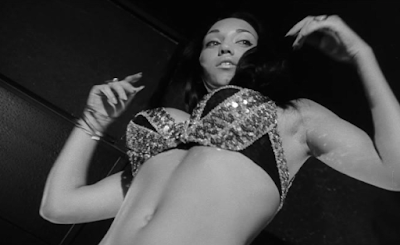 With an under the radar type of release Russ Meyer's ode to violence and ass-kicking well-endowed women quietly appeared on blu-ray late last year for its 50th anniversary. Only available directly through RM Films International or at Diabolik DVD and rather proudly priced at $39.95, it contains a beautiful 1.78 anamorphic presentation with lots of nice film grain present. Containing no extras (not even a menu - the disc just starts automatically when placed in your player) the image quality is a quantum upgrade over the old full frame master that dated back to the dawn of home video along with the original mono soundtrack getting a nice kick.
Although it doesn't contain the audio commentary that was present on the old laserdisc and DVD, it's really not a huge loss as Meyer's dry play by play description of unfolding scenes was a bit tedious - which was really a shame as you have to believe that if anyone had about a million stories, it was Russ Meyer. (not to mention one could only wonder what a commentary would have been like from the three "pussycats" !). 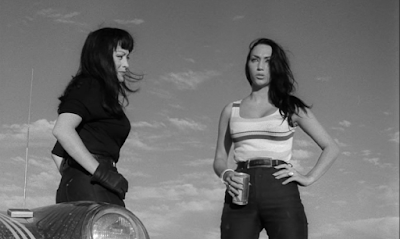 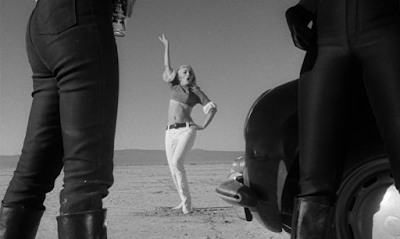 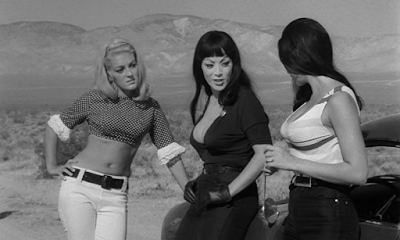 Produced for approximately $45,000 FASTER PUSSYCAT! KILL! KILL! is a dizzily hallucinatory viewing experience as from the rapid-fire editing opening sequence with Tura Satana, Haji, and Lori Williams wildly go dancing while the immortal title track by the Bostweeds blares from a jukebox it never lets for the next amyl nitrate fueled 83 minutes. Although made 50 years ago, with its desolate desert setting and except for the vintage cars a lack of any references to a point in time, it could just have easily been made 50 days ago.
Varia (Tura Satana - whose bio reads just like a Russ Meyer movie), Rosie (Haji) and Billie (Lori Williams) are unforgettable as a trio of desert racing go-go dancers who end up kidnapping a young bikini-wearing (and future Playboy Playmate) Sue Bernard after killing her nerdy boyfriend. Taking refuge in a desolate ranch owned a wheelchair-bound reprobate played by future Meyer regular Stuart Lancaster along with his two sons, one being a hulking giant with the mind of a child and the other being a nebbish Paul Trinka (from TV's VOYAGE TO THE BOTTOM OF THE SEA) all of which sets in motion an ever-escalating road trip to hell. 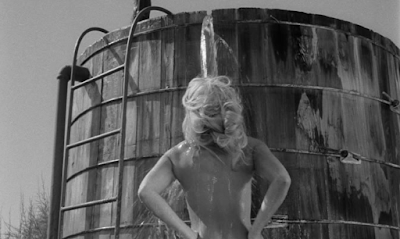 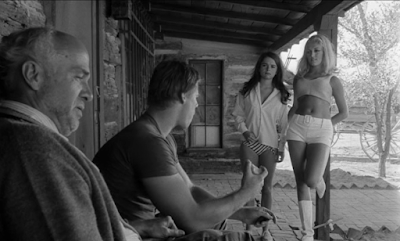 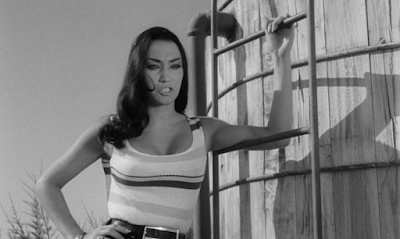 Although this was Meyer's first "real" movie all his trademarks are there including spineless ineffectual men who dominated by string willed and big-bosomed females along with his excellent eye for composition and camerawork (the blu is a wonderful reminder to how absolutely gorgeous his films really look). Although scored with mostly library cues along with beatnik type jazz and bump 'n' grind type R&B by Bert Shefer & Paul Sawtell, Meyer and screenwriter Jack Moran's bile laced dialogue spill from the actor's mouths like beat poetry and create an almost musical cadence to the film.
Often labeled as camp FASTER PUSSYCAT! KILL! KILL ! is a fascinating piece of cinema and considering the time frame it was released is a truly audacious piece of film making (which can be said for most of Meyer's output). Can you imagine what it was like to walk into a cinema or drive-in in 1965 and watch this unfold before your eyes ??
Sadly Meyer passed away in 2004, followed by Pussycats Tara Satana in 2011 and Haji in 2013, which leaves Lori Williams as the last of the greatest female trio in exploitation movie history. Their screen credits might not be extensive, but man did they make an impact. 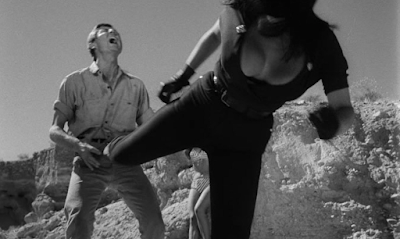 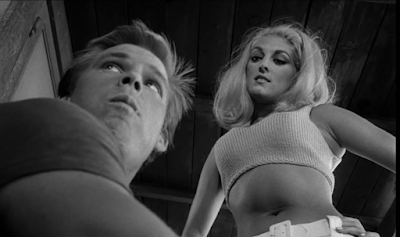 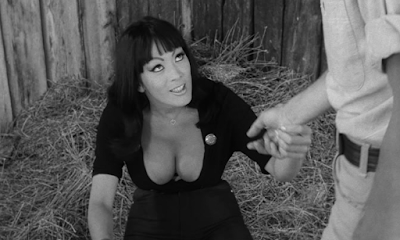 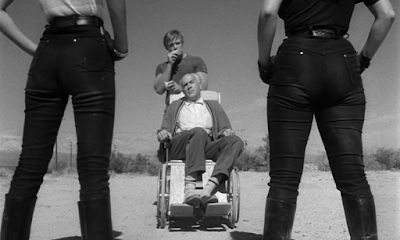 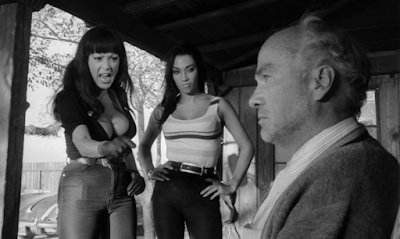 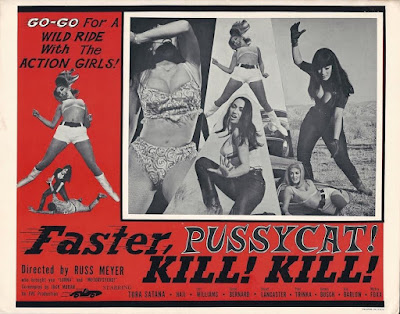 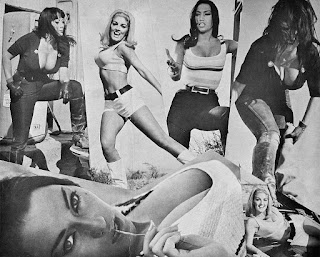