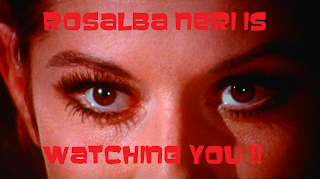 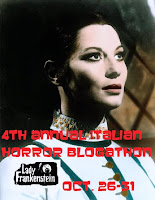 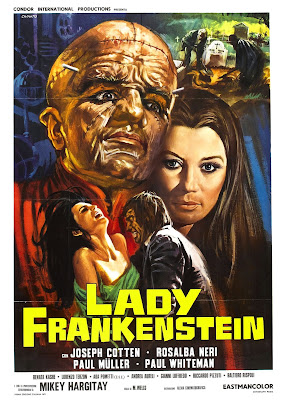 "Only The Monster She Made Could Satisfy Her Strange Desires !" 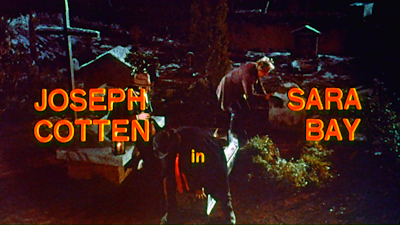 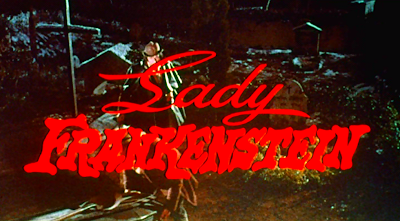 Along with Top Sensation (1969) this is Rosalba's best role and most likely the one she's best known for (somewhat due to its showing up on every bargain basement video label in the world). After appearing 3rd or 4th billed in bunches of peplums & spaghetti westerns (where she was usually killed in the second reel) this role and Top Sensation really gave her some juicy parts, allowing her to show her acting chops (among her other assets). Distributed in the U.S. by New World Pictures with a lurid campaign that featured a buxom bee-hived blonde on the poster, it played various double & triple feature bills before being allowed to fall in home video PD hell - with Shout Factory's recent legit release helping to rectify this. 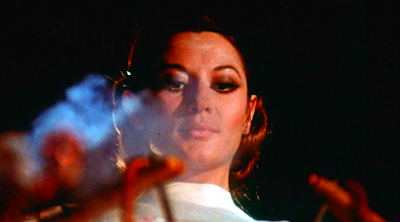 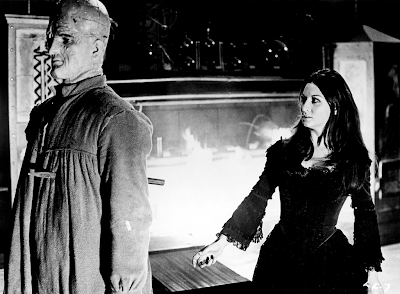 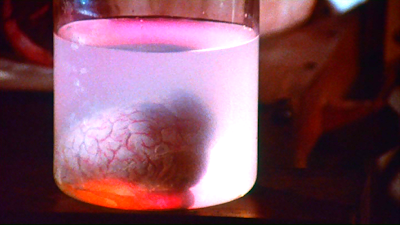 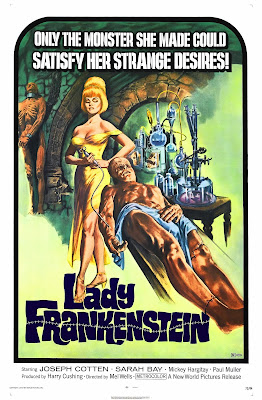 The movie itself is a strange mash-up of classic Hammer-like Gothic set pieces combined with 1970's Italian horror & sex. Coming near the end of the golden age of Italian horror and because of some rather choppy editing it does at times seem like two separate "Frankenstein" like story lines were cobbled together with only some of the main characters connecting the films disparate plot lines (of course having six writers credited doesn't help matters much either). Supposedly one of the Italian producers had a thing for Rosalba and had this project built around here, with American Mel Wells (Little Shoppe of Horrors) brought in to direct and co-produce (plus some script tweaking). The original story by sleaze expert Dick Randall was a Dracula/vampire type movie that later mutated into the Frankenstein thing after some script issues. 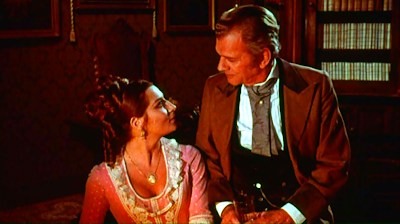 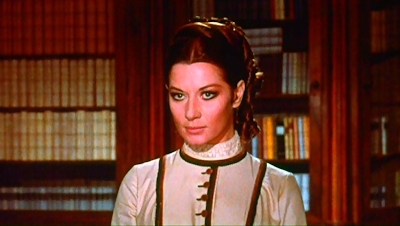 With all this being said the film does feature some excellent production design with some great Hammer inspired vintage laboratory sets, a wicked sense of perversion running thru the second half and that weird/ fascinating Italian combination of classic horror & sex. Plus Rosalba, who because seemingly excited to work alongside a Hollywood legend (even if co-star Joesph Cotten here is a LONG way from Citizen Kane & Shadow of a Doubt) and with a script that by design or not injects a strong sense of feminism into the traditional mad scientist role puts in a really excellent performance here (although as played here by Neri the end results she's after are quite different from your typical monster creator). 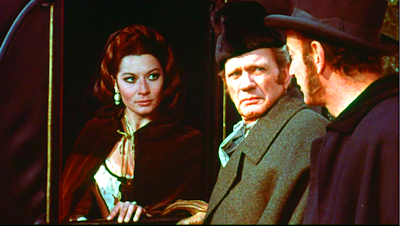 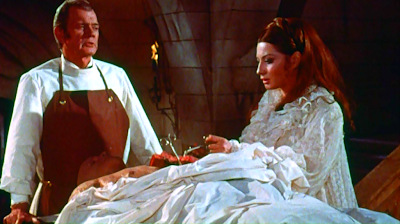 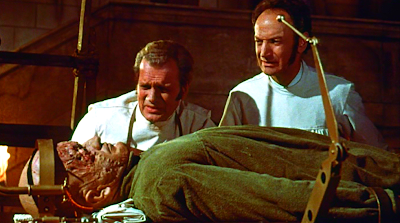 Tania Frankenstein (Neri - here under her Sara Bay pseudonym) arrives home at the family castle after graduating medical school (plus frustrated at not getting any respect) and is ready to jump right in assisting her father the Baron (Cotten) with his "animal transplant" experiments. She however knows the real purpose of his work as she's been sneaking down to his lab ever since she was a little Frankenstein to spy on him. Dismissing her and refusing help the Baron and his longtime assistant Charles (Paul Muller) are on the cusp of reanimating life after 20 years of work. Along the way they've been assisted by a slimy trio of grave robbers led by Tom Lynch (Herbrert Fux - Mark of the Devil).
Of course the brain is damaged (Hey ! - imagine that ?) but the Baron presses on and succeeds in giving life to the creature (but not before a good portion of his face is burned away by some errant electricity). The monster complete with a cockeyed eyeball and a huge bulbous head (plus stripped pants) gives the Baron a deathly bear hug and lumbers off into the night where it starts knocking off random victims (including women in various states of undress). Its here that movie really launches into some weird sexual shinanagens -with Rosalba front & center. 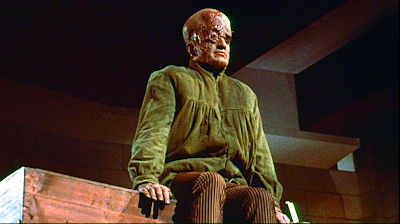 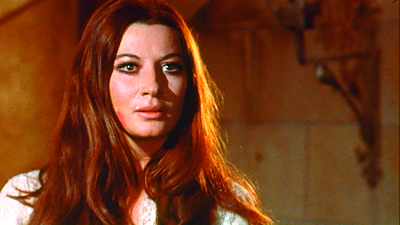 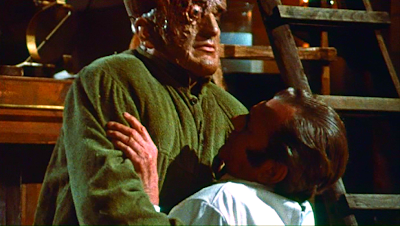 It seems that Tania's solution to the rampaging monster problem is to create a new monster to destroy it - however said monster will also serve another *ahem* even more useful purpose to her. As Charles has had designs on her for years, Lady Frankenstein concocts a scheme to transplant Charles's brain into the hunky (although mentally feeble) body of castle handyman Thomas. She explains that although she admires Charles for his mind, she REALLY needs a younger male body to satisfy her sexual needs. In a weird twist on Bride of Frankenstein, what we have here is a highly driven (not to mention highly sexed up) female mad scientist looking to create the prefect mate - for HERSELF !
Also lurking around is a police captain played by Mickey Hargity (Bloody Pit of Terror and Mr. Jayne Mansfield). Hargity's been investigating the murders committed by the monster and as some of the victims have been Lynch and his band of grave robbers he sees some connection as he knows they were working for the old Baron. As it turns out Lynch had framed for murder the original owner of the monsters brain so the creature has been concentrating on offing the grave robbers in addition to the random naked female.
Thomas's body is acquired in one the more erotically charged scenes in Rosalba's career (and horror movies in general) by having Tania seduce him and as she straddles atop him Charles suffocates him with a pillow and in the moment of her orgasmic satisfaction at his climax (and death) she closes her eyes, leans back and bites her wrist. (Holy Crap !!) 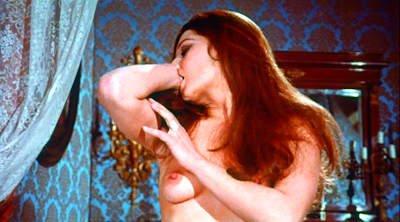 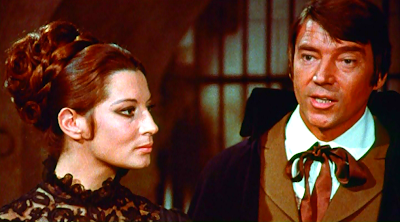 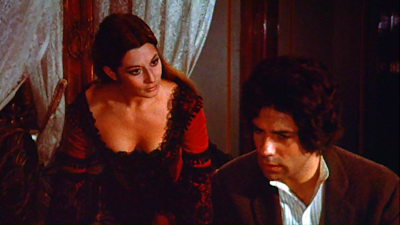 Without giving too much of the climax away, but along with the usual suspects here (pitchfork & torch bearing villagers, fires and a battle to the death between monsters) Tania's expected comeuppance is pretty special with her cravings becoming part of her downfall.
The movie does have its issues as most of the monster rampaging scenes are just randomly inserted in the movie as if they were added after shooting had completed (Hey !- we need some more skin & some more monster rampaging !), plus the main monster itself is kinda (OK - its really) goofy looking. However, the movie does look great production-wise and the main leads all do a fine job with Rosalba in gorgeous form here - watch her during the climatic monster battle as she becomes a sexually charged feral animal in heat while hungrily eyeing her creation (and her fathers) fight it out. 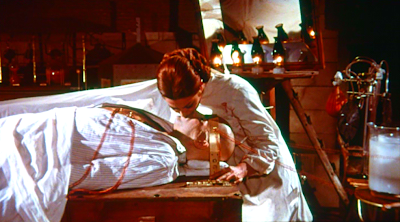 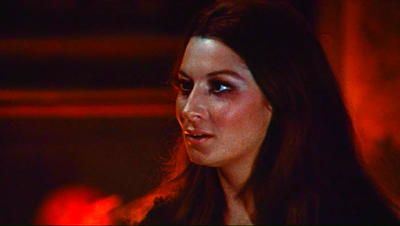 The DVD by Shout Factory (as part of their Vampires, Mummies & Monsters 2 DVD set) reinstates about 13 minutes of footage that was cut by Roger Corman to get the picture down to double feature length and although sourced from a TV print the extra footage is nice to finally have.
A big thanks to Kevin J. Olson over at Hugo Stiglitz Makes Movies for putting together this blogathon. Should make for some really interesting & fun reading. 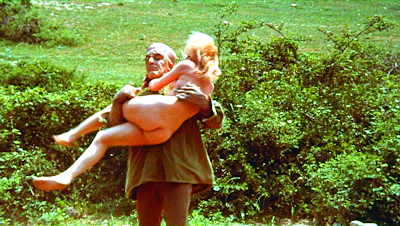 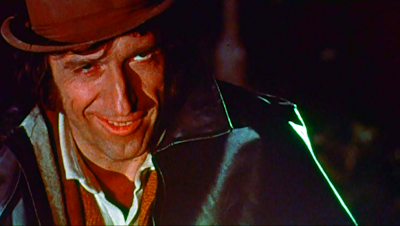 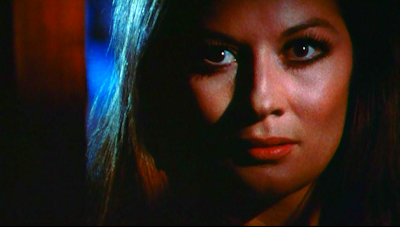 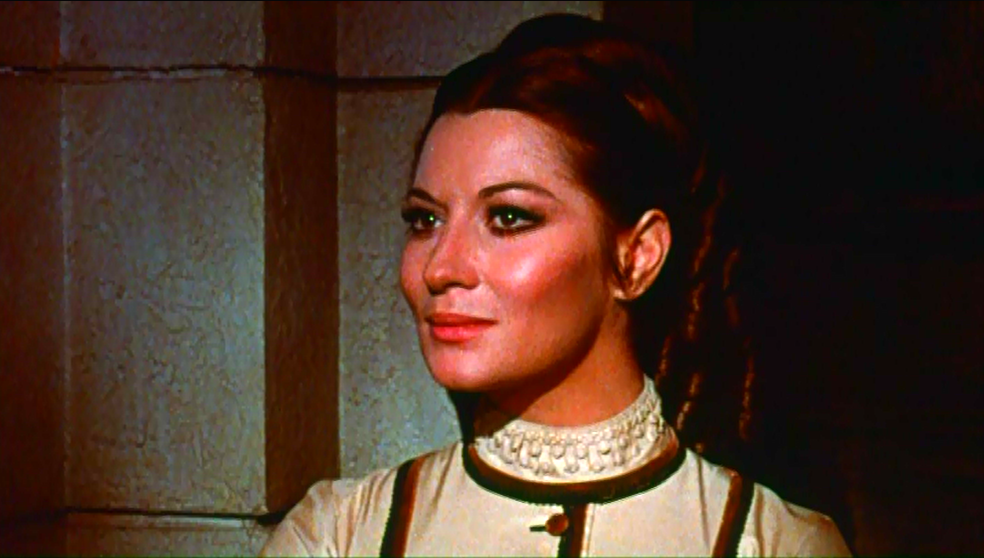 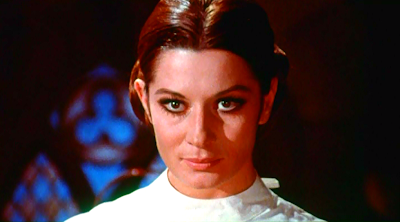