No particular order or ranking - just a few of my favorites & some stuff from this past year I've really enjoyed (with many omissions unfortunately due to the whole space & time thing). 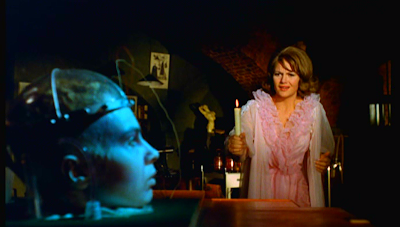 THE FROZEN DEAD (1966 Warner Archive MOD DVD) Sure its a low budget ugly looking & sometimes slow moving schlock-fest, but now its a nicely looking one in the proper aspect ratio & with its lurid colors restored. Dana Andrews and his basement full of frozen Nazis along with the living head of his daughters best friend is never going to be great cinema, but its one that will be forever ingrained in monster kids minds (and it IS greatly entertaining). 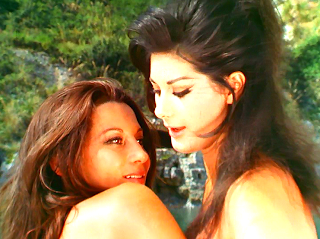 TOP SENSATION (1969 Camera Obscura DVD Region 2) After suffering thru years of murky bootlegs & VHS dupes Camera Obscura finally unleashed this classic slice of Italian sexploitation in a wonderful 2 DVD set (complete with an alternate cut, "unclothed" bits & interviews). Described as everything from a morality play on class warfare to a post apocalyptic "last survivors" sci fi drama it really doesn't matter at all as you just need to sit back and enjoy the first (and only) pairing of Rosalba Neri & Edwige Fenech combined with a marvelously trippy score and a camera that seems to compose every shot of these two gorgeous actresses like a pin-up brought to life.

THE BIG GUNDOWN (1966 Grindhouse Releasing Blu) After several years of inactivity (partly brought about by the tragic death of co-founder Sage Stallone) Grindhouse returned big time in 2013 with the releases of the very weird AN AMERICAN HIPPIE IN ISRAEL, the infamous Peter Cushing vehicle CORRUPTION and this - (with all apologies to Sergio Leone) a solid contender as one of the greatest spaghetti westerns ever. This movie (along with his roles in the Leone films) turned American character actor Lee Van Cleef into a # 1 box office star in Europe. A packed to the gills 4 disc set (complete with Ennio Morricone's evocative score on CD). 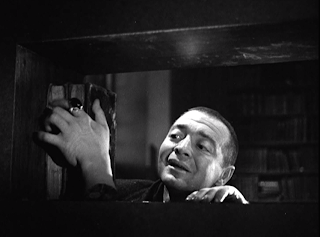 THE BEAST WITH FIVE FINGERS (1946 Warner Archives MOD DVD) One of the last major studio horror films to show up on DVD from the "classic b&w" cycle of the 30's & 40's (and originally released at the very end of of that cycle) director Robert Forley's nod to German expressionism is somewhat hampered by a creaky beginning and some studio tampering concerning the ending. However, a disembodied hand (animated with still excellent special effects) scuttling about a creepy Italian villa and a wonderful twitcy performance by the great Peter Lorre both add up to a beautiful & spooky "turn out the lights" viewing experience. 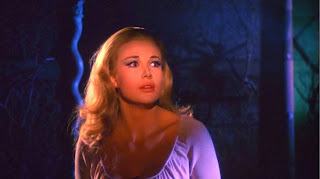 BLACK SABBATH (1963 Arrow Blu Region B) After a long wait this past year we were blessed with a plethora of Mario Bava on blu-ray from both Kino and Arrow. Those with region B playback option got the better of the deal however as the Kino's were plagued by some odd coloring and contrast issues, plus as an added bonus Arrow was able (most likely because of a rights issue for Kino) to include the A.I.P. version of each film where applicable. Arrow's version of Black Sabbath is a true wonder to behold, Bava's technicolor nightmares have never looked more beautiful and with the inclusion of the A.I.P.version we get to hear the voice of Boris Karloff (unheard since the ancient laser disc release). 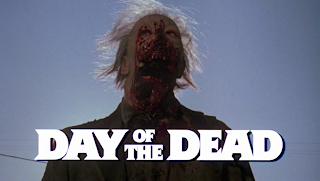 DAY OF THE DEAD (1985 Scream Factory Blu) After years of somewhat dodgy video releases, finally in 2013 Shout Factory unleashed the ultimate edition of the third movie from George Romero's classic zombie trilogy. Hampered by budget constraints and jettisoning the black humor and epic feel of 1978's DAWN OF THE DEAD (and in many ways looking back to NIGHT), Romero's grim and humorless third act originally seemed like the red headed step child of the first trilogy (especially after the universal accolades for DAWN). However, this claustrophobic nightmare has been slowly gaining in stature over the years - with Tom Savini's front & center gooey special effects still a stomach-turning and amazing sight to behold.

DAY OF THE ANIMALS (1977 Scorpion Releasing Blu) Director William Girdler's crazy loopy (and very entertaining) nature on the rampage exploitation classic got a very welcome blu-ray release from Scorpion. Featuring a great cast including Christopher & Lynda Day George, Richard Jaeckel and best of all, a totally deranged preformance from a bare chested & bear wrestlin' Leslie Nielsen. With the release next year of Girdler's other nature rampaging movie GRIZZLY and their acquisition of some of the Roger Corman New World library, Scorpion is turning into my favorite video company.

ESTHER AND THE KING (1960 KSM DVD Region 2) After years of crappy public domain pan & scan releases this 1960 biblical epic finally got a beautiful release from Germany courtesy of KSM. Although Raoul Walsh is the director of record this has second unit director and cinematographer Mario Bava's fingerprints all over it as an increasingly uninterested Walsh turned the director chores over to the future Italian horror master. Filled with Bava's hallucinatory use of colors, gel lighting and shadow - in addition you've got the beautiful Daniela Rocco and 21 year old Rosalba Neri. Oh yeah, plus there's some bible stuff going on. 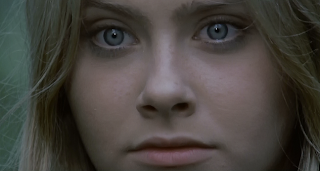 BLOOD ON SATAN'S CLAW (1971 Odeon Blu Region B) Criminally ignored on home video in the U.S., this Tigon produced and Piers Haggard directed tale of witchcraft festering itself by way of the children (via a rotting demon figure uncovered in a farmer's field) into a 17th century English village is one of the greatest British horror films ever released (with all apologies to Hammer). Featuring beautiful cinematography by Dick Bush, a grim atmosphere of slowly encroaching horror, a haunting score by Marc Wilkinson and most of all - a mesmerizing performance by then 17 year old Linda Hayden. Odeon's blu ray collects all the bonus features from the previously released DVD's including the delightful documentary An Angel for Satan which focuses on Hayden and her career (Linda was also featured this year in Severin's excellent THE HOUSE ON STRAW HILL release). 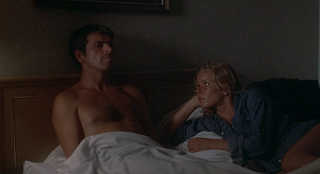 ROLLING THUNDER (1977 Shout Factory Blu) After a disappointing MOD release a few years back from MGM this 1977 classic got a much deserved 2013 blu ray release from Shout Factory. Although marketed and best remembered as an exploitation revenge story (which at its basic core it is), thanks to an excellent script by Paul Schrader (TAXI DRIVER) & Heywood Gould its turns into a wonderfully moving character study of loneliness and alienation (along with some startling violence & bloodshed). Helped in no small part from excellent work by all the leads - including a career best by William Devane, a wonderful turn by a young Tommy Lee Jones ("I'll just get my gear..") and best of all, a heartbreakingly beautiful performance by Linda Haynes. 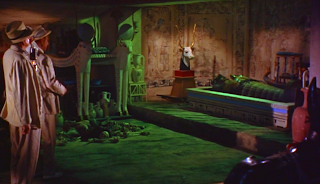 THE MUMMY (1959 Hammer Icon Blu Region B) Since starting its blu ray program in 2012 Hammer has had some hiccups along the way with some questionable decisions, but with the release of THE MUMMY (and the previous DRACULA) they seemed to gotten things back on track. Beautifully restored to give full appreciation of Jack Asher's luminous cinematography and with a wealth of extras (you just know we're never going to see the infamous "naked hand maidens" outtake) this is a magnificent release of a Hammer classic (with Lee's finest work IMO) that more often then not is not as appreciated as DRACULA or CURSE OF FRANKENSTEIN.