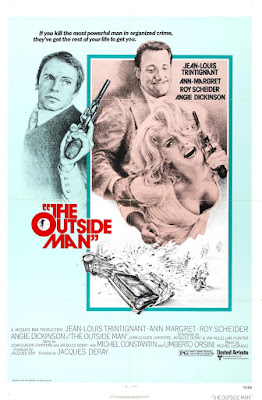 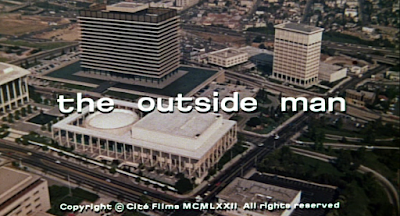 After the massive success of William Friedkin's THE FRENCH CONNECTION in 1971, there was a flood of urban police action/dramas that began popping up on movie screens and along with the release of DIRTY HARRY in that same year, it also ramped up with the output from Europe in particular Italy with the more revenge-oriented action poliziotteschi films.
Combing neo-noir with more cool/efficient French crime films, THE OUTSIDE MAN was a French/Italian co-production filmed in Los Angeles and was directed by Jacques Deray who specialized in crime thrillers throughout the '60s and into the '90s. Many of his films starred the great Alain Delon and his work is strongly reminiscent of Jean Pierre Melville's crime films of the '50s and '60s, although sadly much of Deray's work remains unknown in America.
Opening with a helicopter shot of a smoggy downtown Los Angeles and the famous cloverleaf freeway interchange while composer Michael Legrand's funky title song plays over the opening credits (which sounds like we're heading into blaxploitation territory) we're introduced to Lucien Bellon (Jean-Louis Trintignant THE GREAT SILENCE) as he arrives from Paris at LAX. Checking into his hotel he receives a briefcase from the desk clerk left by his "secretary" and going up to his room calmly removes a gun and a large amount of cash from the briefcase. 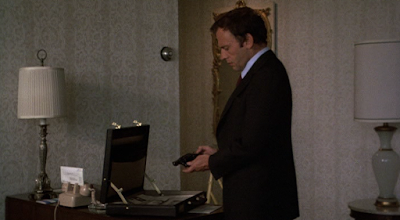 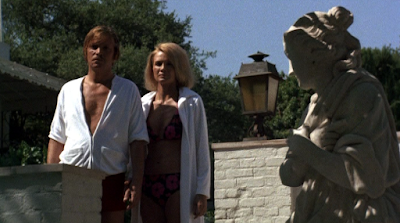 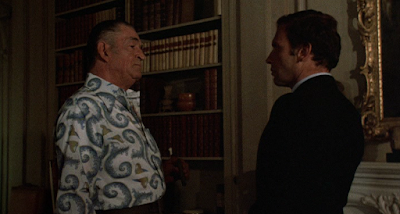 Renting an automobile and in a nice touch consulting a map (which foretells his future predicament) he drives to a mansion in Beverly Hills. Cool and emotionless he gains entrance to the house and kills Victor Kovacs (Ted de Corsia familiar from countless classic film-noirs) and while leaving he's seen by Victor's wife Jackie (Angie Dickinson BIG BAD MAMA) and his son Alex (Umberto Orsini GOODBYE EMMANUELLE). It's also quickly revealed that the relationship between Jackie and Carl goes a bit deeper than the usual stepson/stepmother and they later give a false description of the killer to the police with the detective played by Felice Orlandi from BULLITT.
Arriving back at his hotel Bellon finds his passport, luggage, and money gone effectively stranding him in an unknown city with no support and as he soon discovers, another hitman (Roy Scheider THE SEVEN UPS) is stalking him presumably hired by Jackie and Alex. Escaping to a supermarket parking lot, he kidnaps a mother (Georgia Engel THE MARY TYLER MOORE SHOW) and her son (Jackie Earle Haley THE DAY OF THE LOCUST). Hiding out in their apartment he gets in touch with the boss back home is put in contact with Nancy (Ann Margaret C.C. AND COMPANY), a waitress in a topless bar who helps him.
With Nancy's assistance, Bellon gets a new passport while continually avoiding the attempts on his life by Scheider (who's referred to as Lenny or "the guy from Detroit") all the while navigating through an alien city. Scheider's hitman has no problem finding Bellon as he pops up everywhere but then is totally inept at the actual killing as the pair randomly spray bullets throughout the city. At one point Bellon hooks up with a motorcycle gang in the parking lot of the old Tower Records on Sunset and they escort him downtown while at another point he picks up a hippie Jesus-freak who is shot in the head accidentally by the ever-persistent but inept Lenny. The film climaxes with a bizarre sequence at Victor Kovac's funeral with all the characters from the film gather together for a massive shootout with Victor's body embalmed and sitting upright in a chair with a cigar raised silently watching the action. 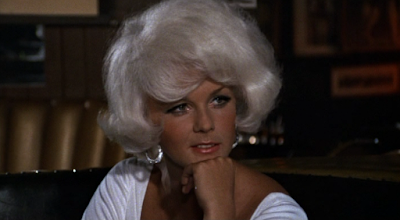 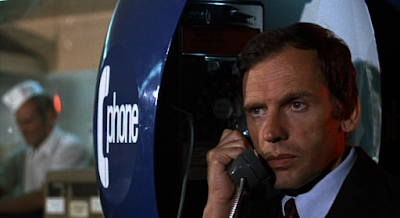 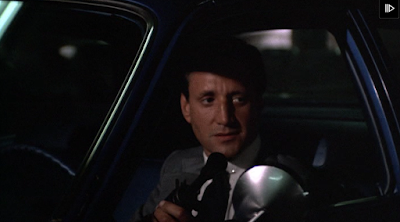 One of the more fascinating things to watch for me in films is the way European directors look at America and their take on the landscape and architecture. Here instead of focusing on the tourist L.A., Deray instead shows us the more seedy and genetic aspects of the city including a shoot-out at the decrepit Venice Amusement Pier followed by a chase through over that cites canals. Except for the gangster's Beverly Hills mansion, the movie spends almost the entire running time in hourly-rate motels, diners, topless bars, and rundown apartments and whenever the characters are outside they're lost in endless acres of concrete and highways. Thom Anderson is his excellent documentary L.A. PLAYS ITSELF calls THE OUTSIDE MAN "the most precise portrait of the city there is"
Deray also shows technology as sometimes intrusive and sometimes quirky as TV's drone away in the background in almost every interior scene, as at one point Bellon listlessly watches STAR TREK. At a bus station, he watches the news concerning himself and the killing on a small coin-operated TV and uses a coin-operated electric razor in the restroom there (which would seem like a hygienic nightmare). The film is reminiscent somewhat of John Boorman's excellent L.A. based neo-noir POINT BLANK with its detached protagonist wandering through a cold mechanized world. 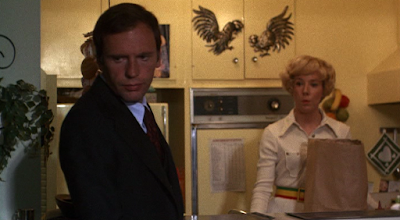 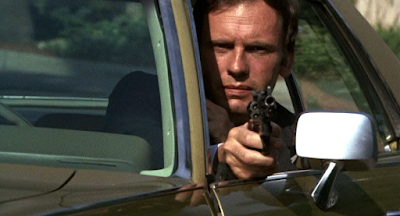 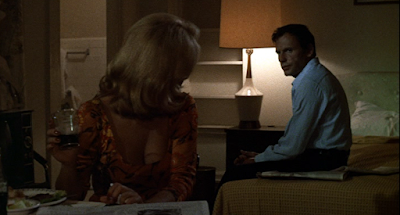 Jean-Louis Trintignant is magnificent as he coolly and methodically goes upon his assignment during the first part of the picture and then all the while keeping his quiet demeanor as things begin to fall apart during the course of the plot. There's a nice little touch when the only time we see him smile is in a strip of photos he takes in a do-it-yourself photo booth for his passport pictures.
The entire cast is excellent (this probably Ann Margaret's best role) and Scheider with about five lines of dialogue seems to be having a great time with his role. Coming off the previous year's THE FRENCH CONNECTION he gets the central image in the promotional artwork. French actor Michel Constantin who was a regular in the French crime films of the period shows up as Bellon's boss who arrives to lend a hand and American character actors Ben Piazza and Sidney Chute appear along with John Hillerman as an officious sales clerk in a department store.
The film was cut to receive a PG rating originally losing some nudity (with some surprising full-frontal stuff) in the topless bar scenes. THE OUTSIDE MAN is available on DVD from MGM through their on-demand service in the full uncut R version, but this really deserves a nice Blu-ray release. Kino has some Jacques Deray scheduled for release later this year as part of their Studio Canal deal, including the excellent THE OUTSIDER with Jean-Paul Belmondo. 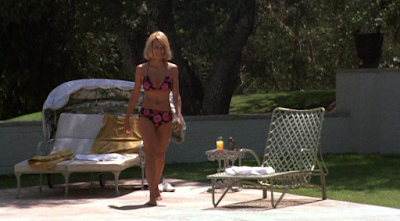 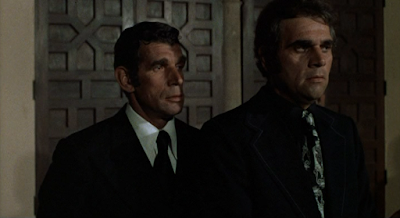 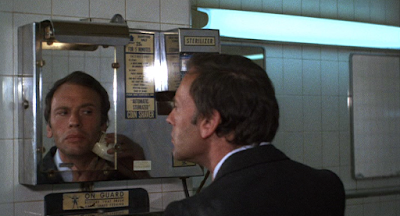 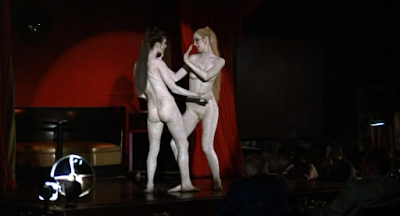 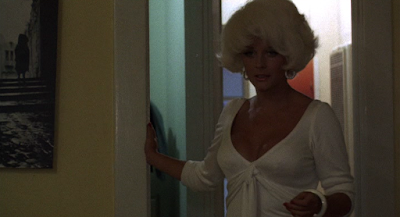 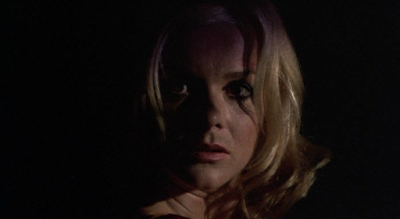 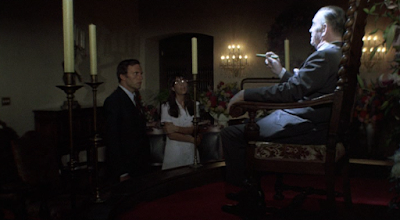 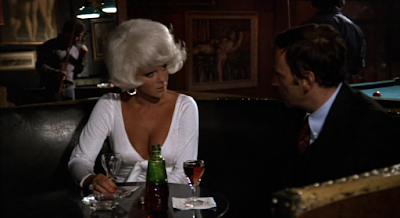 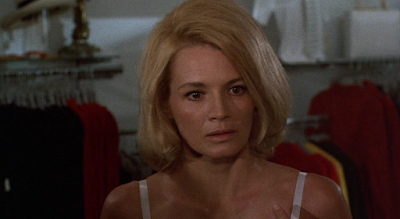 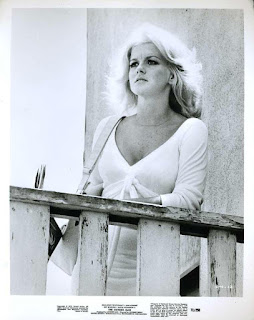 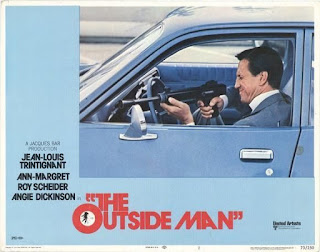 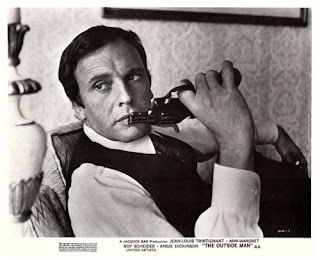 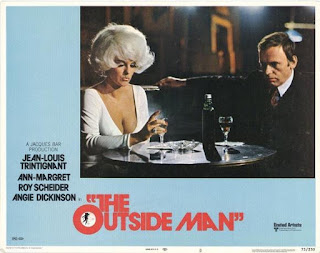 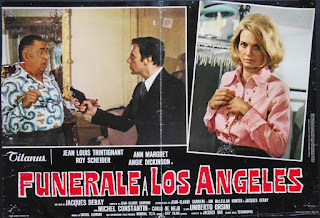 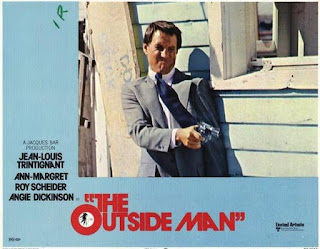 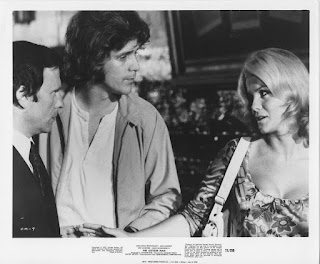