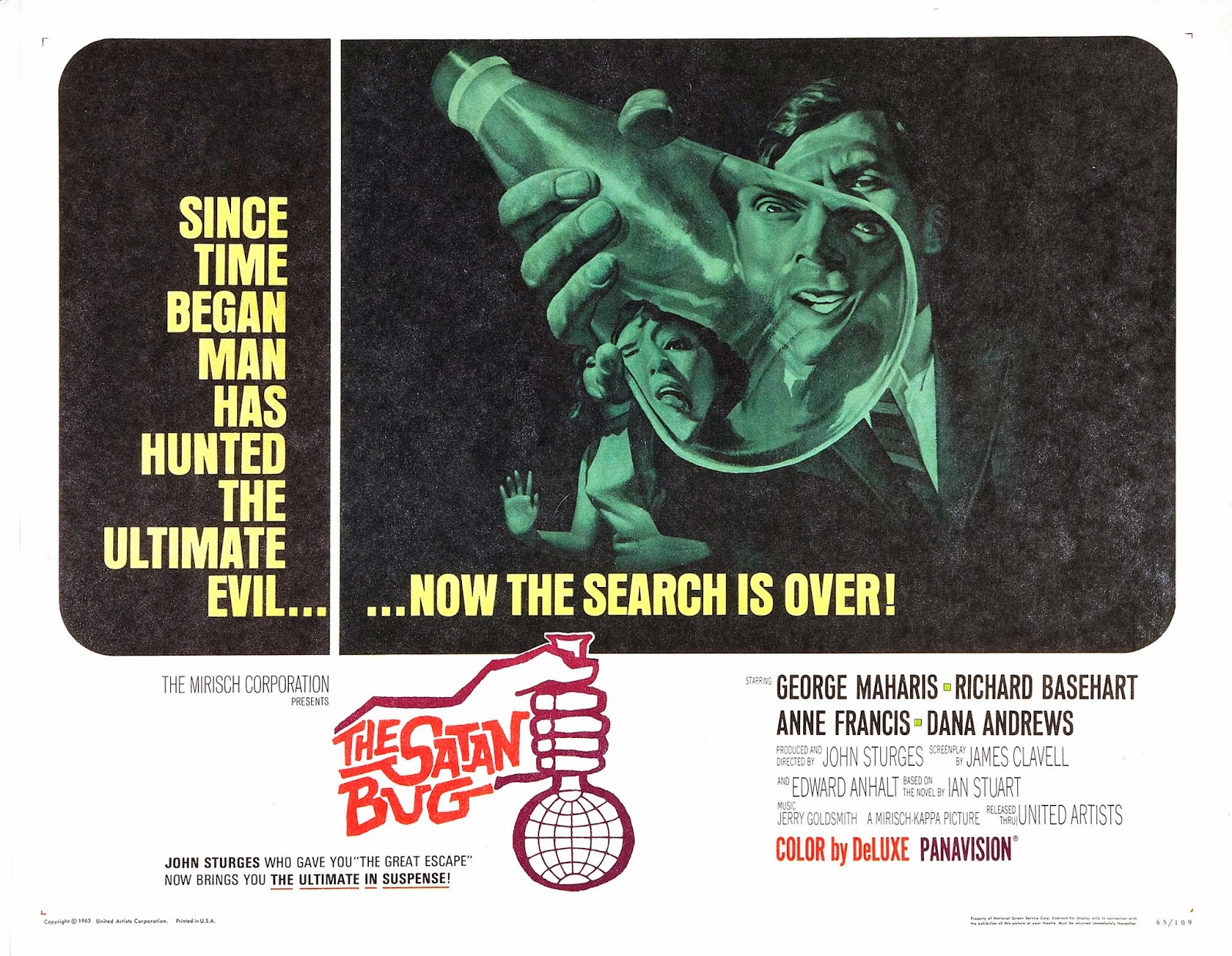 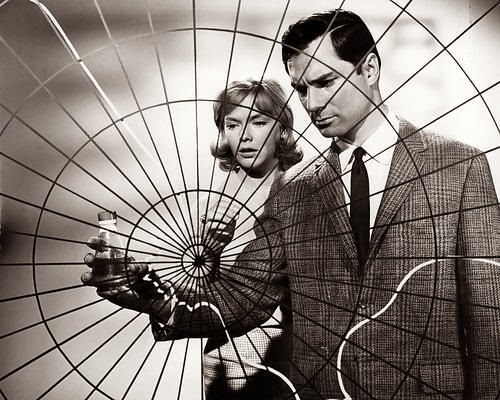 After the huge success of THE MAGNIFICENT SEVEN and THE GREAT ESCAPE director John Sturgis scaled back things a bit with this taut little 1965 thriller that combines some genuinely nail biting moments with a tight & literate taut little script, an eerie desolate desert setting and the always welcome presence of Anne Francis (in between T.V. series BURKES LAW and HONEY WEST). Based very loosely on the same titled novel by Alistair Mclean (written under the pseudonym Ian Stuart) and with a script by James Clavell, the movie plays into the still new (and frightening) idea at the time of germ warfare as a world ending scenario (in addition to the omnipresent nuclear threat) and also plays into the “science run amok” fears and looks ahead a bit to THE ANDRNOMA STRAIN.

Starring veteran TV actor George Maharis (THE NAKED CITY and ROUTE 66) as Lee Barrett, a somewhat loose cannon ex-government agent who re-recruited to track down the theft of some “end of the world apocalyptic “ virus (known as “The Satan Bug”) from a secretive government laboratory . Along with Maharis the movie is filled with familiar TV faces (including Ed Asner with hair and Frank Sutton from GOMER PYLE as henchmen). Dana Andrews (here to give some old Hollywood cred) makes a token appearance as a somewhat grouchy military and/or government official who’s there to bark out orders to everybody. Anne Francis plays his daughter and although her purpose or function in the plot is never really explained, she does bring a very nominal love interest (there’s hints that they were involved before) to Maharis’s character and besides a brief scene in a nightclub she’s the only female visible in the movie (and hey, I’m not going to complain about her hanging around).

Although on the surface what seems to be a very simple plot (opening with a classic “locked door” mystery) actually bears close watching as the dialogue heavy story takes some close concentration to keep the various characters straight as some are quickly introduced and then disappear or are killed. Although thankfully devoid of any muddling sub-plots (although Maharis’s characters ant-war motives are mentioned) with the as mentioned the love story kept mostly in the background, the plot does get confusing at some points as there’s lots of driving around to various houses & locations with very little explanation to the reasons that brought the characters there. Due to time restraints some stuff is left unexplained or glossed over and along the way you come to the realization that Anne Francis’s character was just added to get a woman into the story. Except for a brief time in Los Angeles the entire film takes place in and around Palm Springs with Roberts Surtees’s beautiful widescreen photography making its eerie desert locations seem almost alien (I love desert based movies).

The Palm Springs locations also mean a boon to fans of mid century architecture as we move from one flat roofed/ glass paneled marvel to another (including a really cool mobile home). The secret military laboratory (ominously referred to as "Station 3") where the virus are devolved is a beautifully designed set with weird colored lighting and hissing sliding doors, which juxtaposes nicely with a later nightime scene in an abandoned desert gas station. Jerry Goldsmith contributes an excellent score that adds to the films eeriness and tension.

Maharis had a really big career in television that unfortunately never really translated to the movie screen. THE SATAN BUG is probably his best movie and although I love the NAKED CITY and ROUTE 66 there’s something just sort of flat about his performance and his scenes with Francis lack any spark at all. Balancing things out however is an excellent performance by Richard Basehart as the mentally unbalanced protagonist. Best known to most people as Comdr. Nelson (who was forever getting his mind taken over) from T.V.’s VOYAGE TO THE BOTTOM OF THE SEA, Basehart was a fine actor with a rich commanding voice who had appeared early in his career in the some very excellent film noir’s in including HE WALKED BY NIGHT (well worth checking out), TENSION and THE HOUSE ON TELEGRAPH HILL . Plus as mentioned there a wealth of familiar faces here including John Anderson, Simon Oakland, Richard Bull and in a small role STAR TREK’s James Doohan.
Unfortunately THE SATAN BUG has been rather ill served on home video with the current Warner Archives DVDr being a direct copy of the old laser disc transfer (blown up to 16:9) that suffers from softness and some weird digital hic-ups. 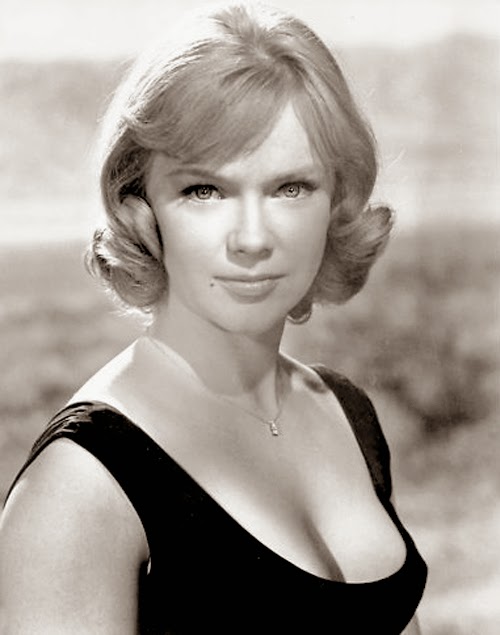