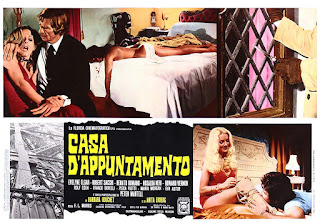 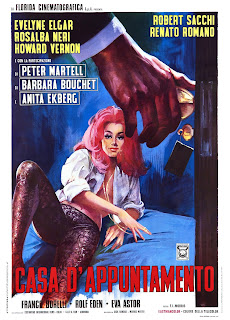 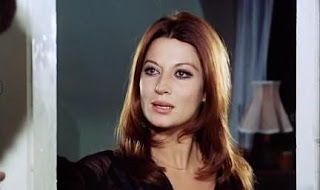 Upcoming in 2020 Vinegar Syndrome has announced the release of Feridnando Mergighi's 1972 giallo CASA D'APPUNTAMENTO (aka THE FRENCH SEX MURDERS). Featuring an all-star including Anita Ekberg (LA DOLCE VITA), Evelyne Kraft (THE MIGHTY PEKING MAN), Howard Vernon (THE AWFUL DR. ORLOFF) and one of this blog's other favorite actresses Barbara Bouchet (and reunited with Rosalba from Silvio Amadio's weird & trippy AMUCK from 1972). Sadly, they do not share any screen time is this upcoming release. There's a post on this here.
The film also stars Humphrey Bogart look-alike Robert Sacchi who in full Bogart mode here is a minor annoyance, highly ludicrous or combination of the two depending on your feelings. In spite of its cast, the film is a rather minor Giallo but it's always good to check another one off Rosalba's filmography as far as HD. The cast alone makes this one highly watchable and there's some neat twists & turns, plus it features even more red-herrings then usual in the plot.
Produced by American huckster/producer Dick Randall who specialized in low budget exploitation films, the plot concerns the murder of a prostitute at a high-class Paris brothel. Rosalba pays a nightclub singer Marianne and with giving too much away we also get to see a Carlo Rambaldi prosthetic Rosalba head. Randall also had a hand in producing two other Rosalba vehicles with LADY FRANKENSTEIN from 1971 and THE GIRL IN ROOM 2A in 1974. 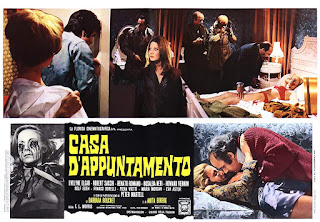 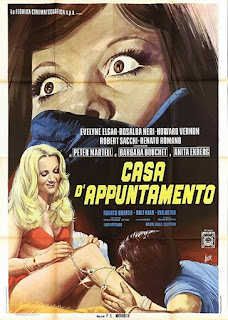 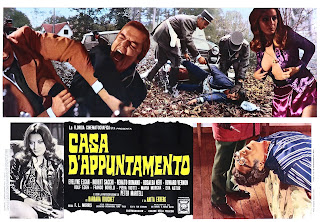 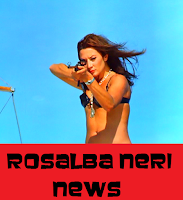 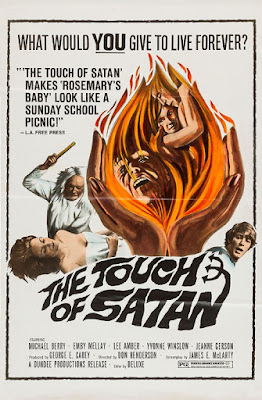