Really Zonked Out & Creepy Wizard Dean Stockwell is Conjuring up a Bunch of LSD Inspired Lovecraftian Evilness by Way of a Virginal Sandra (Gidget) Dee & a Big Slithering Yog Sothoth ! 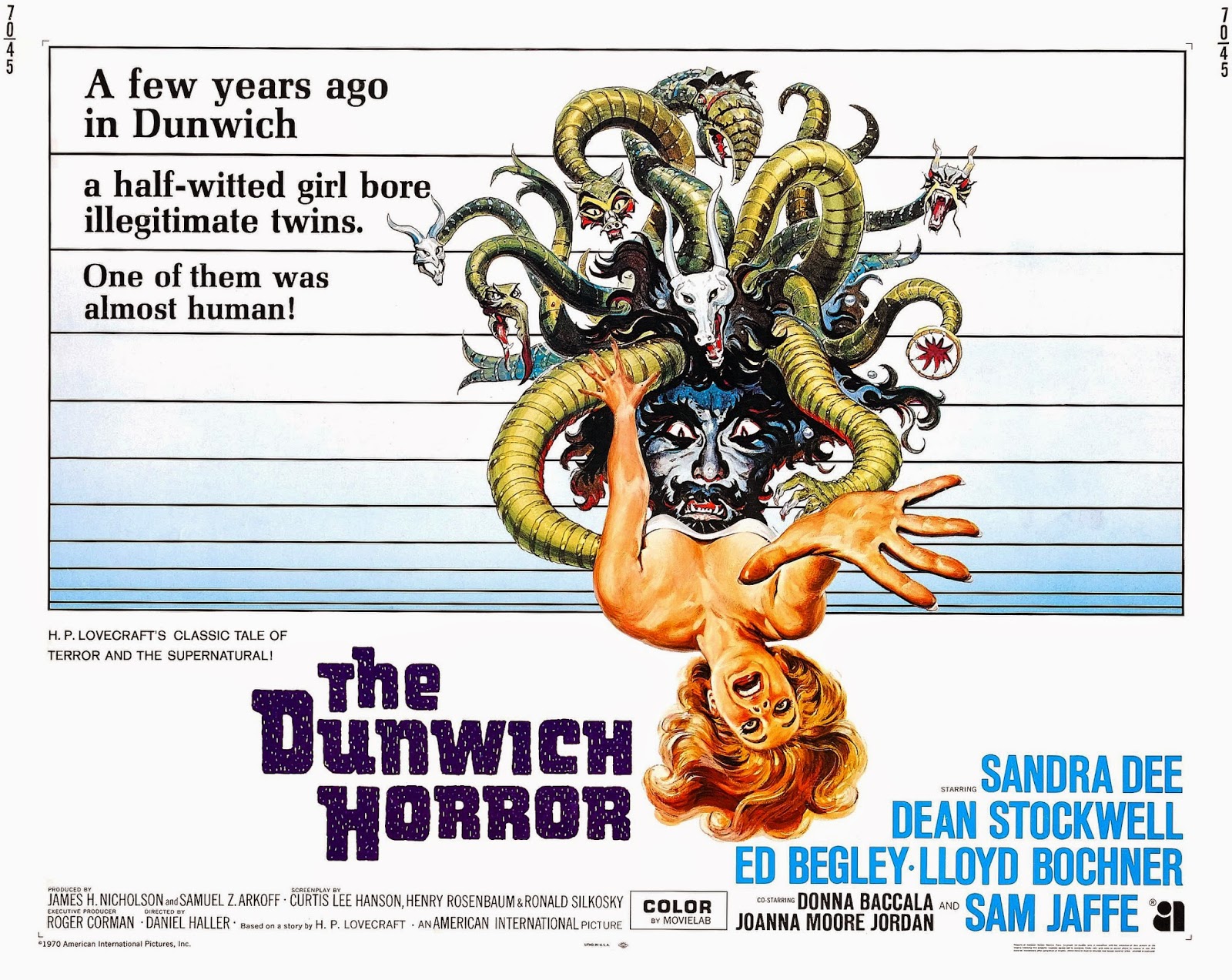 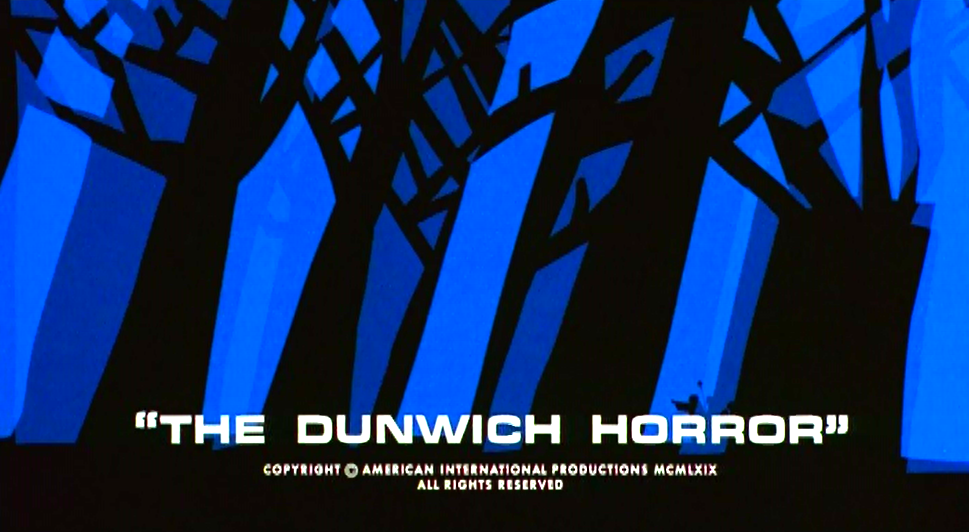 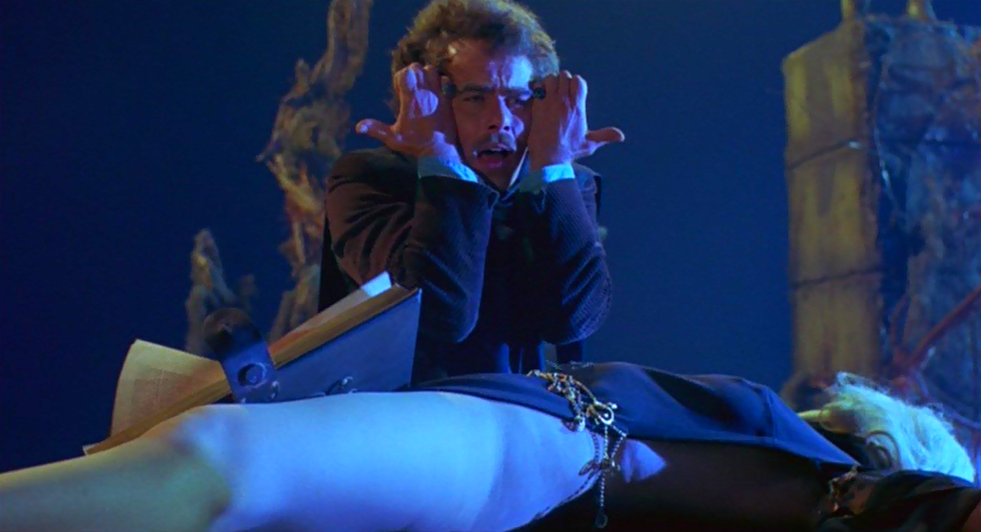 H.P. Lovecraft has never faired too well as far as faithful movie adoptions are concerned. His sometimes dense (and occasionally overwrought) narrative style doesn’t translate well to cinema and his descriptions of vast cyclopean lost ruins and huge multi-tentacled beings from another dimension are always going to be a challenge to visually adopt. Stuart Gordon’s highly entertaining screen versions of RE-ANIMATOR, FROM BEYOND & DAGON took just the basic premise of the Lovecraft stories and catapulted them into updated territories beyond even ol’ H.P.’s imagination. DAGON although perhaps being the least known of the trio has the best Lovecraft vibe running thru it with probably the most faithful re-imaging of the Lovecraft “old ones” mythos and is based upon The Shadow over Innsmouth. Plus the H.P. Lovecraft Historical Society has released a couple of excellent b&w feature adaptations of THE CALL OF CTHULHU and THE WHISPER IN THE DARKNESS. 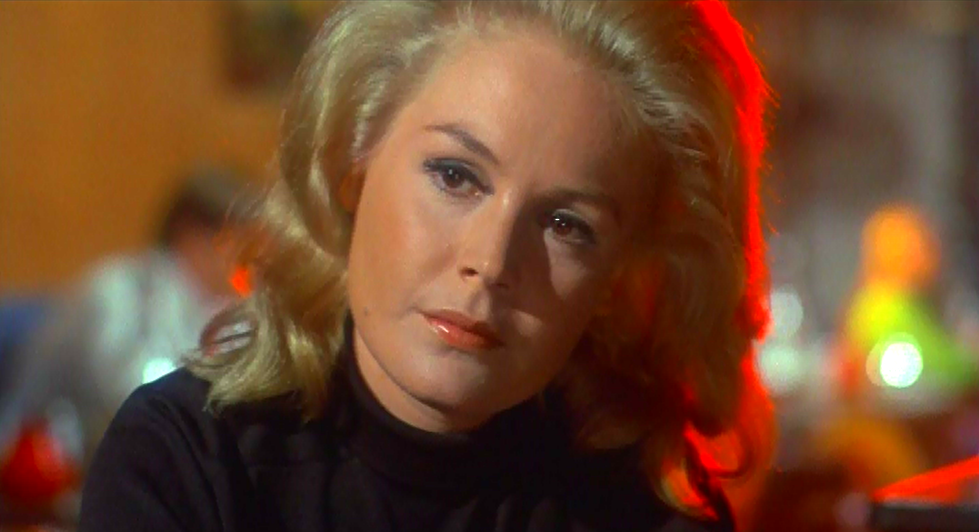 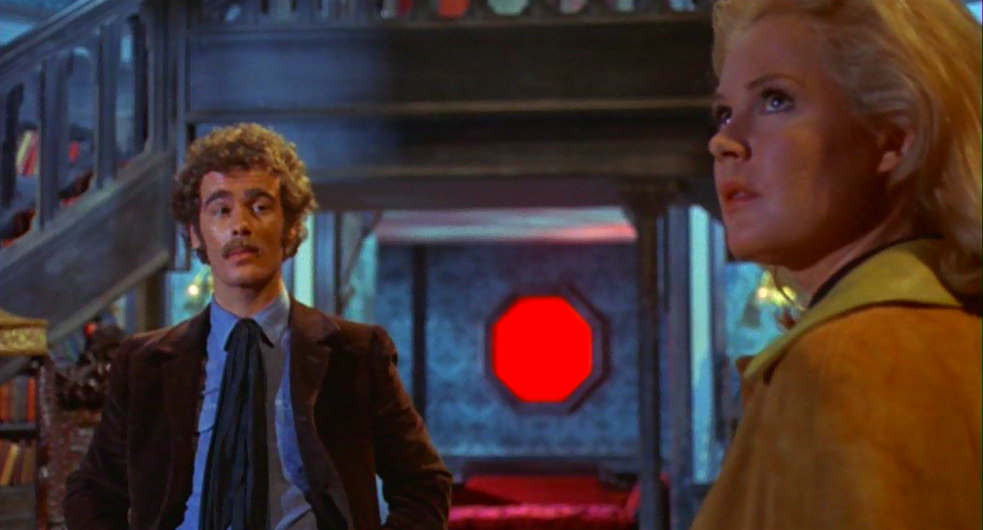 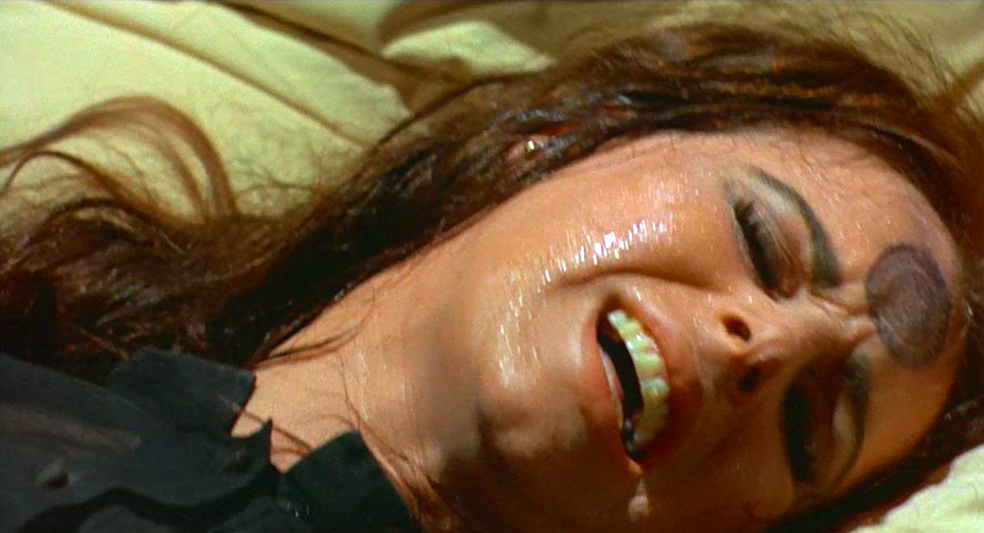 A.I.P’s 1970 version of THE DUNWICH HORROR was probably less envisioned as a Lovecraft vehicle but more as a way to cash in on Hollywood’s popular post ROSEMARY’S BABY craze for all things satanic. The company did do Lovecraft earlier with DUNWICH’s director Daniel Haller tackling DIE MONSTER DIE (based upon The Colour out of Space) and in 1963 there was Roger Corman’s excellent & atmospheric THE HAUNTED PALACE. Although titled after an Edgar Allan Poe poem (and marketed as such - complete with a Vincent Price Poe recital over the opening credits), PALACE is based upon Lovecraft’s The Case of Charles Dexter Ward and is also notable for being one of Lon Chaney Jr.’s last good roles and the very beautiful Debra Paget’s last role before retiring. 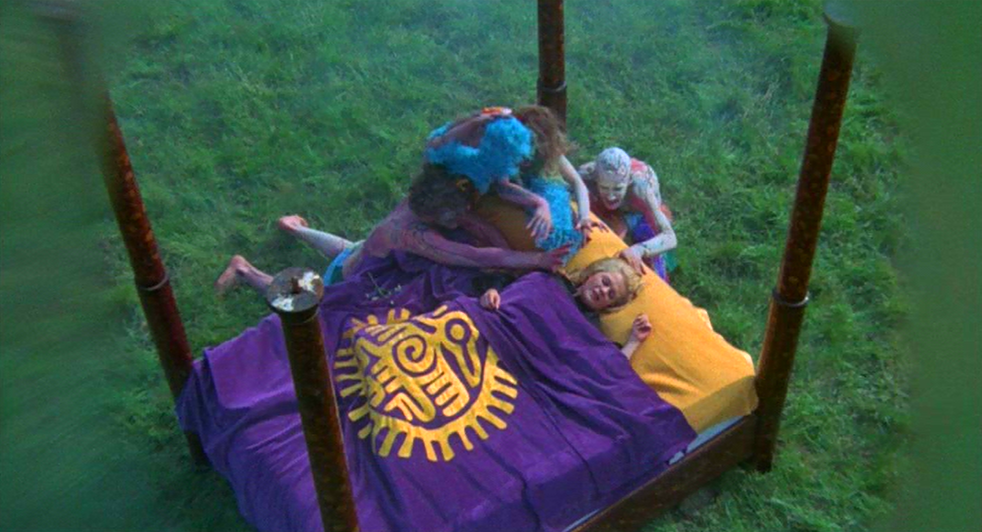 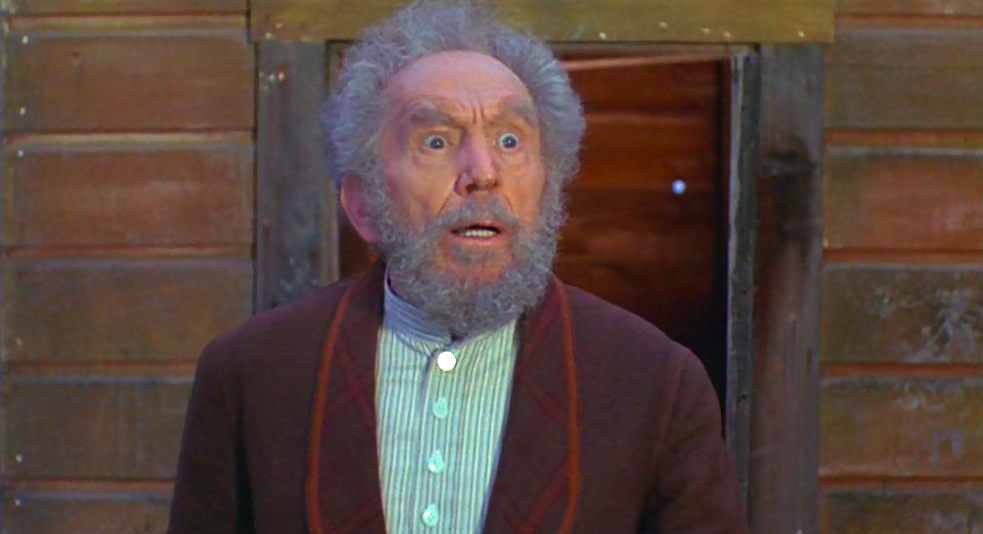 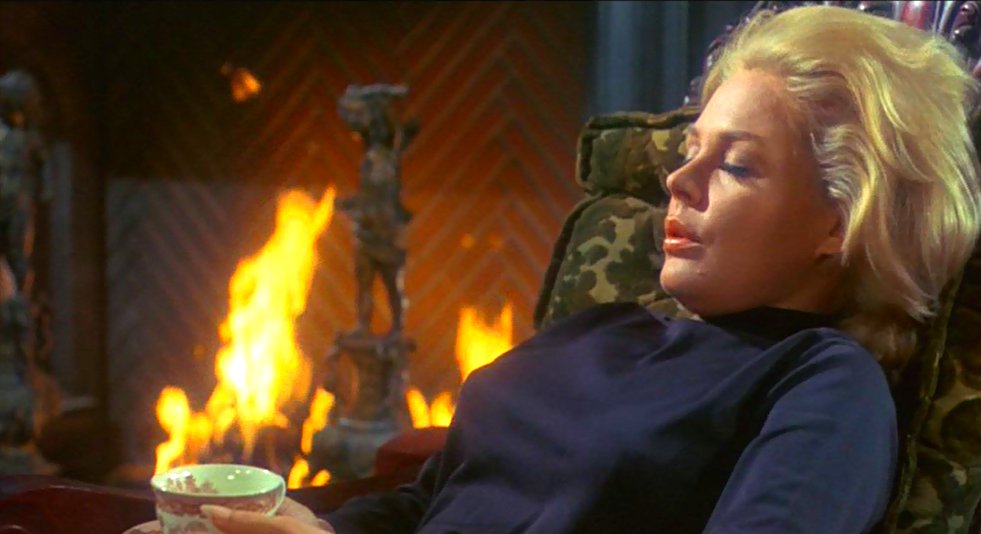 Originally envisioned by A.I.P in the early 60’s as vehicle for director Mario Bava starring Boris Karloff and Christopher Lee (which is pretty exciting to wonder about), Haller’s 1970 take on THE DUNWICH HORROR has always gotten a somewhat ill-deserved bad rap. Starring a seemingly perpetually stoned Dean Stockwell and a wooden post -Gidget Sandra Dee (looking to kick start her career), it’s sometimes uneasy collision of gothic ambiance combined with psychedelic trapping & clothes (you could almost land a jet on one of Stockwell’s ties) have all been a source of ridicule. It does however keep the basic core of one of Lovecraft’s best stories intact and in spite of its budget restraints has some excellent set pieces, along with a wonderful alternately trippy & creepy score by Les Baxter and is helped immensely by the presence of character actors Ed Begley (in his last role) and Sam Jaffe (who as here seems to be channeling Dr. Zorba from BEN CASEY into the elder Wizard Whateley role). 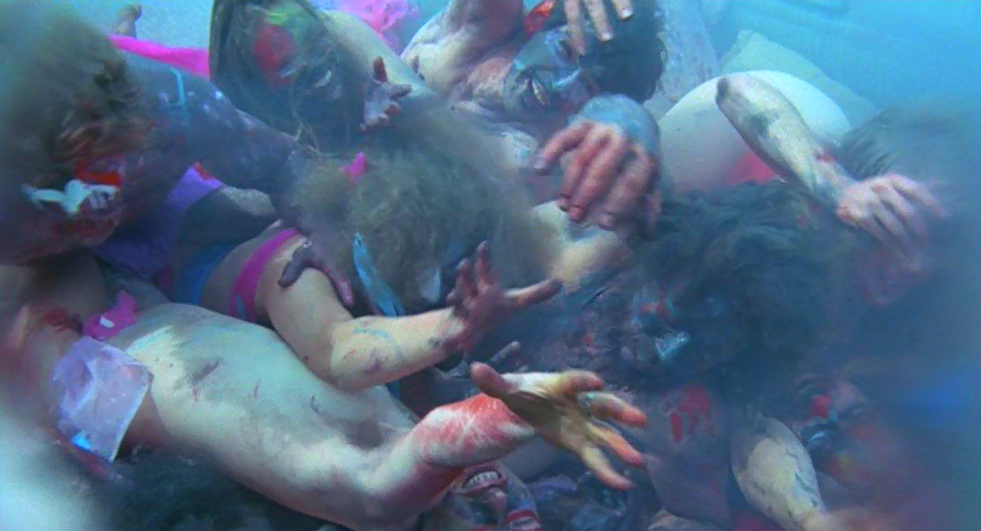 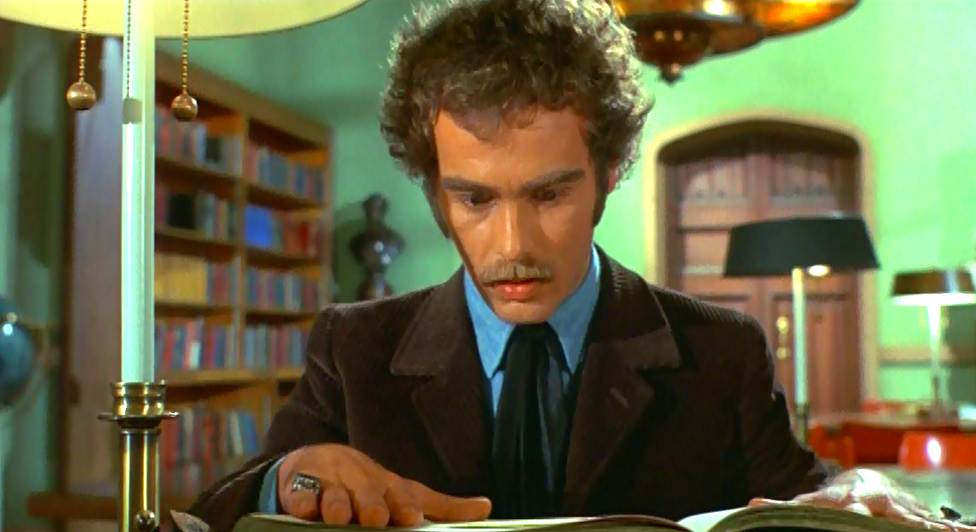 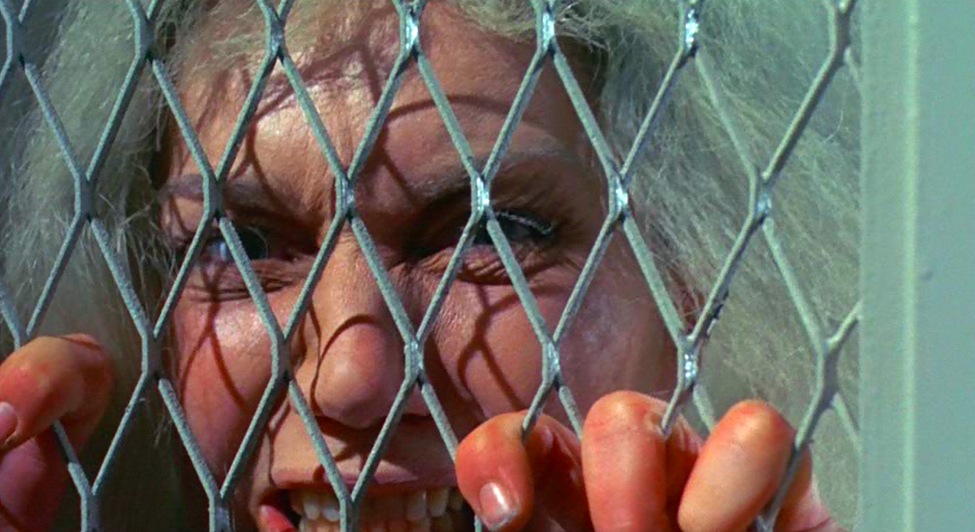 Stockwell plays Wilbur Whatley who ventures from the family ancestral home in Dunwich to hopefully study The Necronomicon, a text of ancient and evil ritual practices for which he hopes to use to conjure all sorts of Yog Sothoth madness & mayhem. At Miskatonic University in Arkham (where else!) he finds the book is kept under lock & key and he persuades the seemingly already possessed Nancy (Sandra Dee) to allow him to look at the book whereupon visiting professor Dr. Henry Armitage (Ed Bagley) gets mightily upset at this (and even more upset when realizes Wilbur is descended from an infamous wizard who was lynched in the town square of Dunwich). 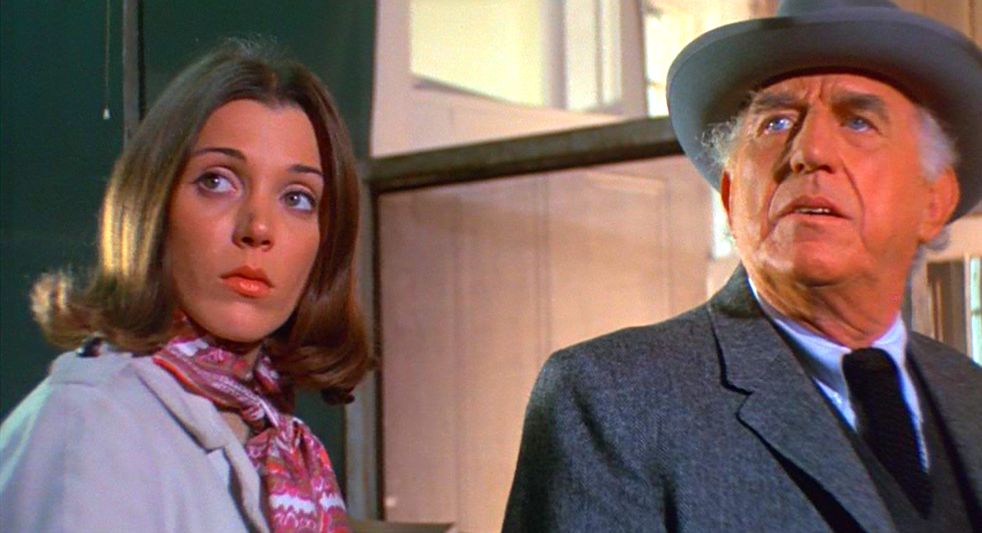 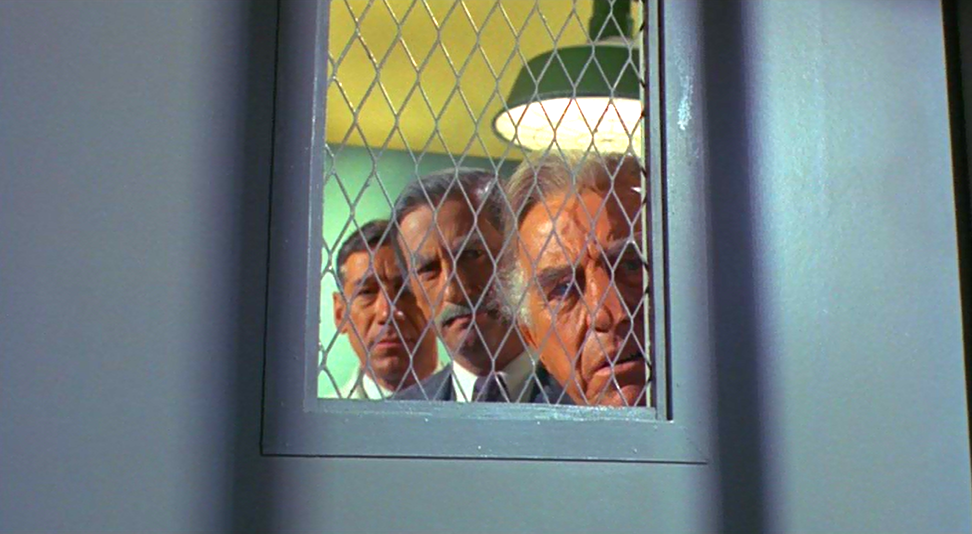 Upon conveniently missing the last bus back to Dunwich Wilbur talks Nancy into giving him a ride back to Dunwich where they find surly residents aplenty and the Whatley house which looks to be a combination of The Addams Family & a hippie crash pad with Sam Jaffe as Wilbur’s grandfather wondering around with a large wizard-type staff warning of impending doom. Sabotaging her car and slipping her some potion induced tea Wilbur keeps Nancy in a sort of drugged up haze as she has dreams of wildly painted hippie orgies complete with distorted fish eye lens shots and pulsating colors. An increasingly wild eyed & spaced out Wilbur seems to have plans on using Nancy for a mother and/or sex partner (maybe sacrifice ??) to allow the “old ones” to enter our dimension and for her to give birth to Wilbur's offspring (which ties into the popular at the time ROSEMARY'S BABY scenario and hints at the open ending here).
Dr. Armitage and a friend of Nancy’s show up looking for her which in turns leads to Armitage teaming up with local Dr. Cory (the always fun & scenery chewing Lloyd Bochner) whereupon we get the back story on the Whateleys including Wilbur’s insane mother and his evil “twin” which is kept up in the attic and eventually turned loose on the countryside. Plus there’s an early appearance by future ROCKY and GODFATHER alumnus Talia Shire. 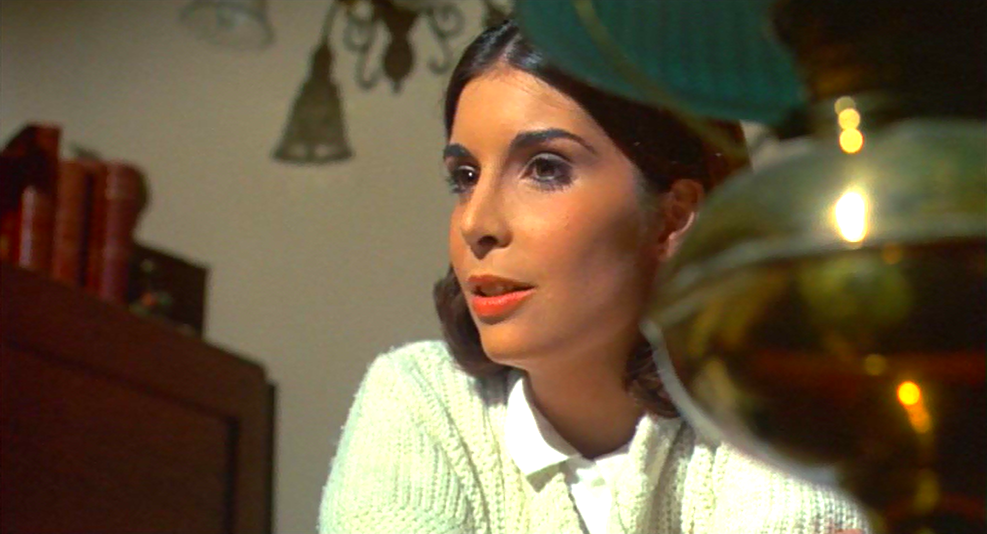 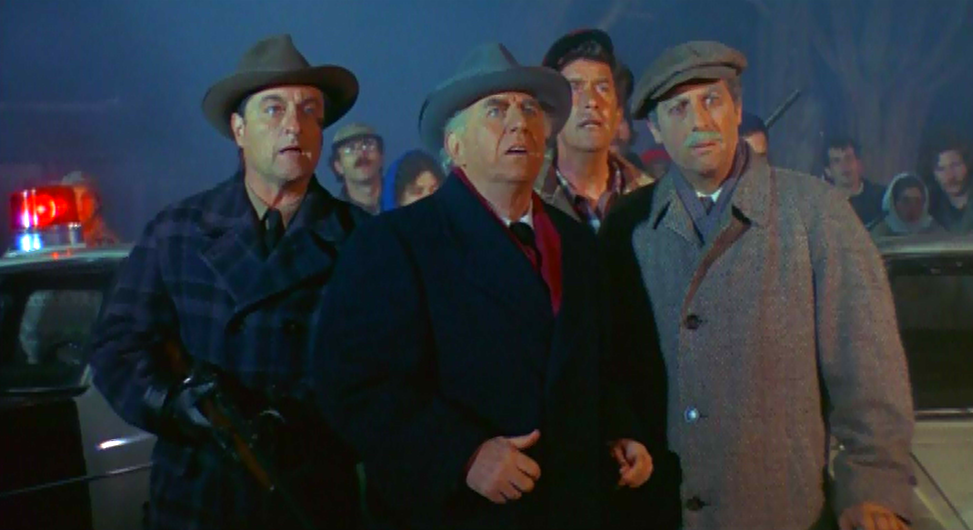 Haller, who had served as art director on many of the Corman Poe movies, certainly knew how to stretch a buck and is spite of its budget limitations THE DUNWICH HORROR is a handsomely mounted production with some wonderful set design and a pretty nifty matte painting of the devil’s hop yard and altar. One big drawback is the filming locations around Mendocino CA. filling in for Lovecraft’s (and supposedly the movie's) haunted Mass. settings. The bright sunlight, green grass and sun drenched rocky beaches pretty much scream California and the town filling in for Dunwich with its neat rows of brightly painted touristy gift shops & art galleries looks about as menacing as Disneyland’s Main Street U.S.A. 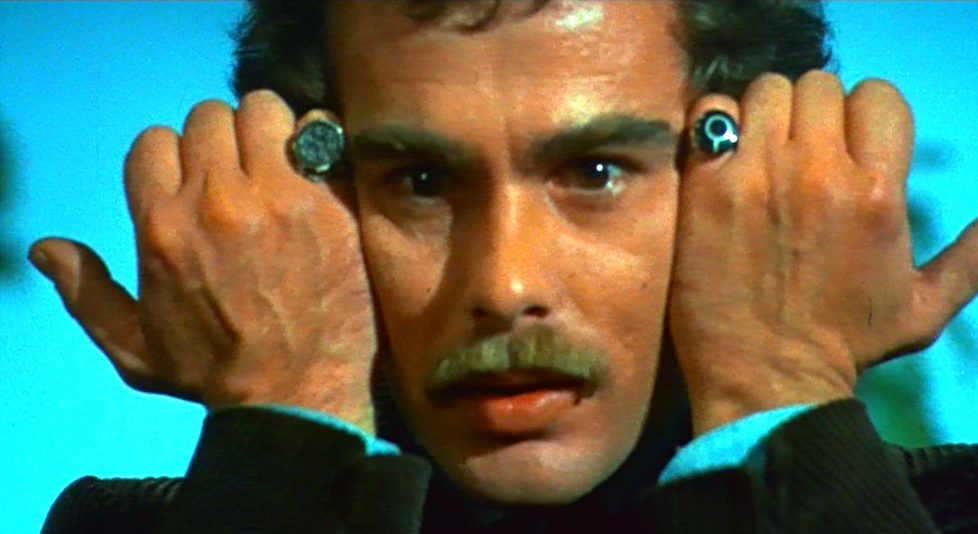 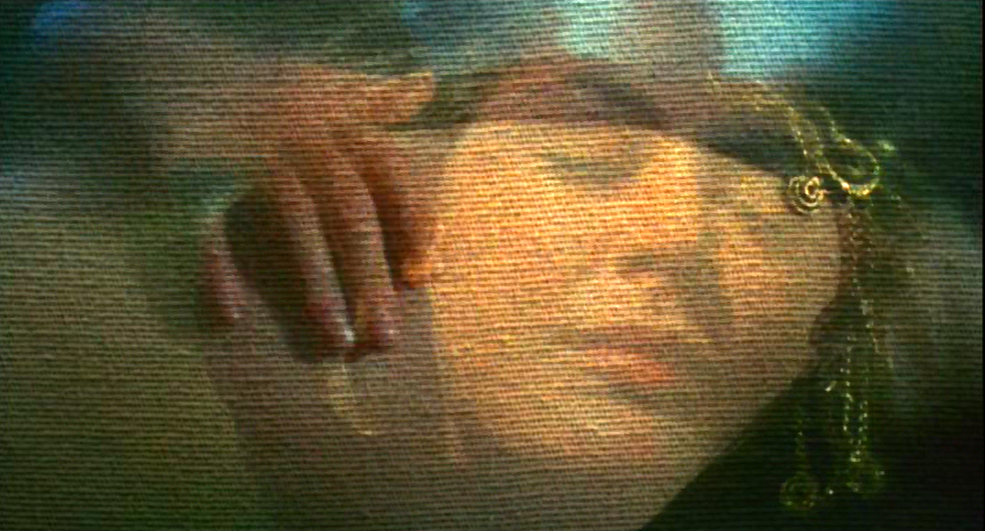 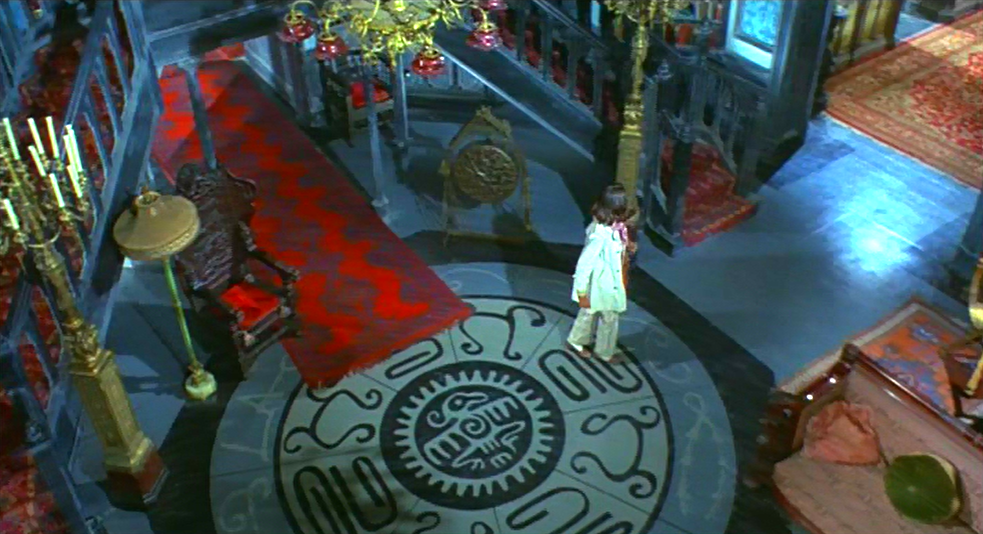 There’s been much speculation concerning Dee’s participation in her kinda/sorta look real carefully and you might see something nude scenes as her face is not in view thru much of them (and its filmed thru a gauze filter) and although she had hoped to use this as a springboard for more adult roles (and on which it failed) she always maintained that it was a body double. None the less it’s still rather startling to see Gidget being laid upon an altar while being groped by devil worshipping hippies and having her thigh & breasts fondled by a demented looking Dean Stockwell. The MGM DVD restored the fleeting nudity here and present earlier during the monsters attack on the Nancy’s friend.
Anyone who’s ever read Lovecraft’s description of Wilbur’s twin would realize the impossibility of bringing it to life in a pre -CGI production (in addition a low budget one such as this) so Haller keeps it to some quickly glimpsed widely flaying ribbon-like tentacles and pulsating lights – with a howling wind heralding its arrival in the out of doors. Even with its early 70’s psychedelic ambiance the film does keep in the spirit of Lovecraft with the opening scene showing the birth of the twins presided over by albino witches being straight out of the book. A tripping & evil Dean Stockwell, an (almost) nude Gidget and Yog Sothoth – I’m there!! 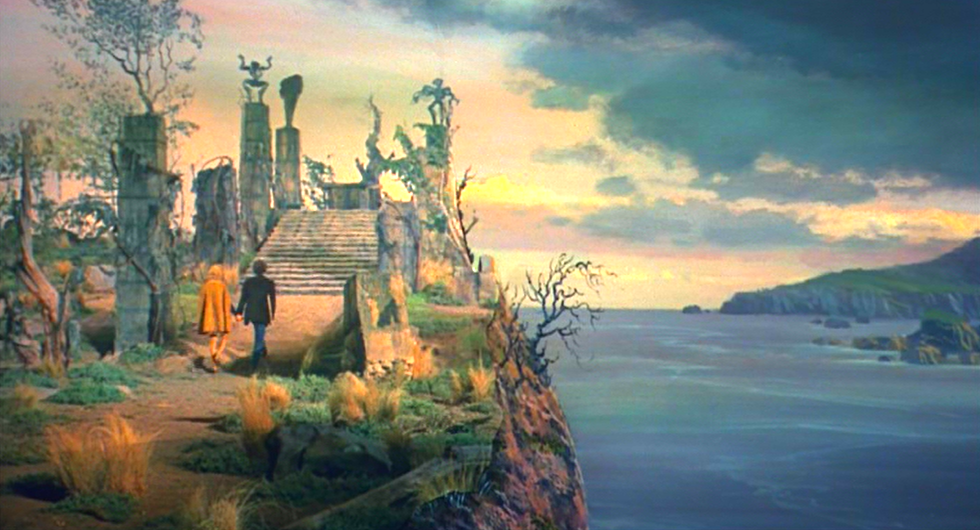 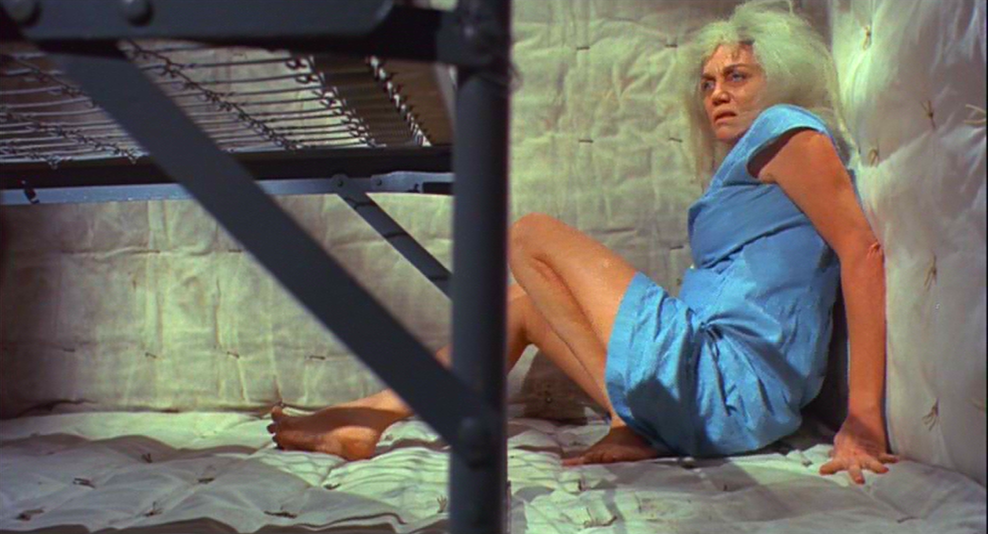 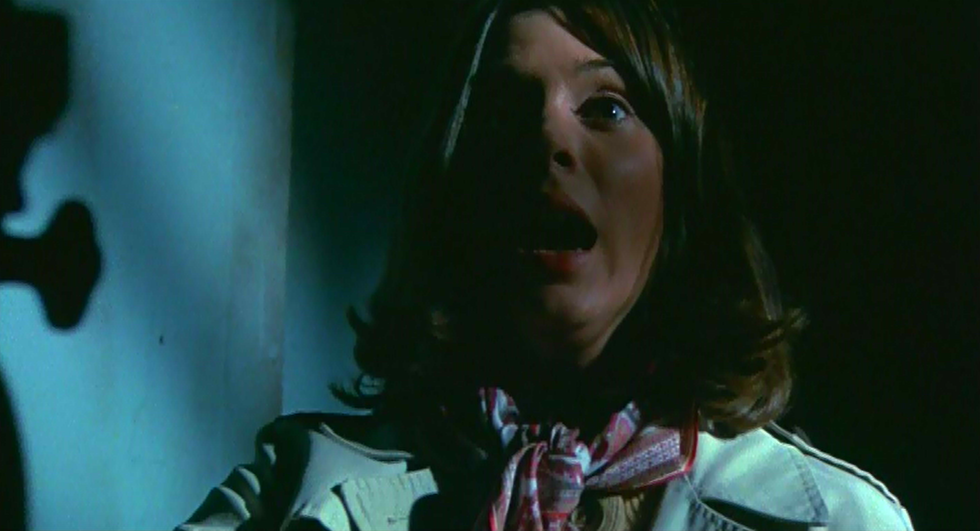 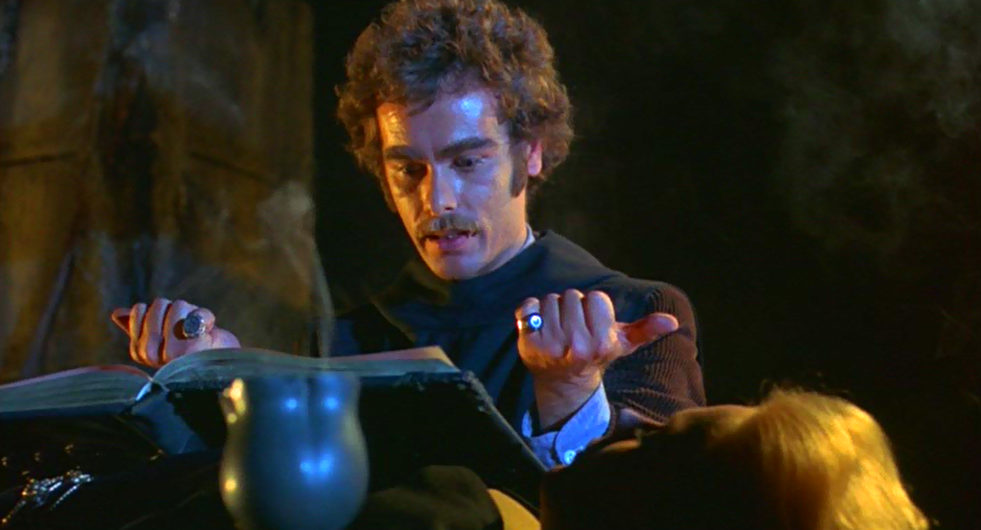 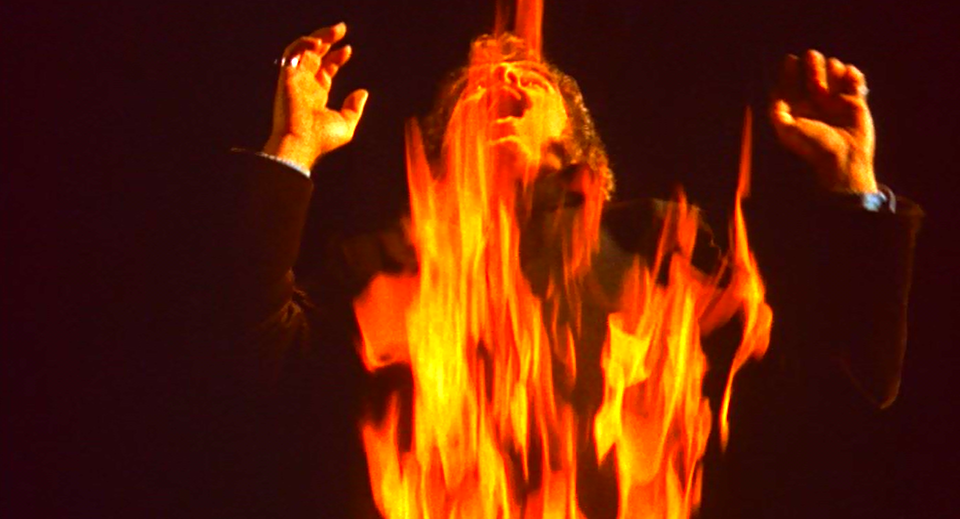 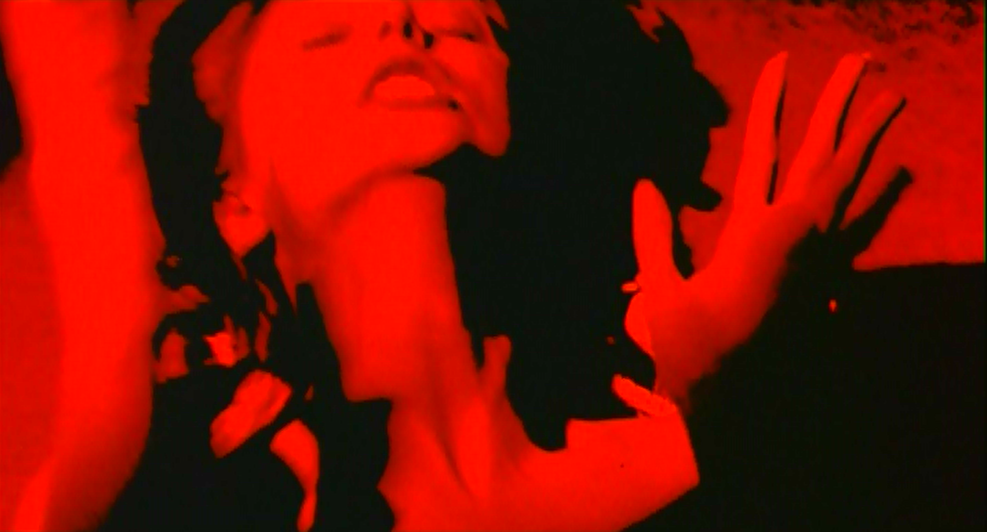 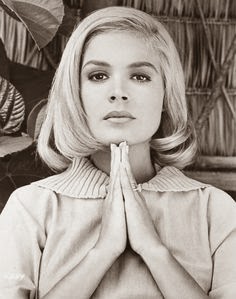 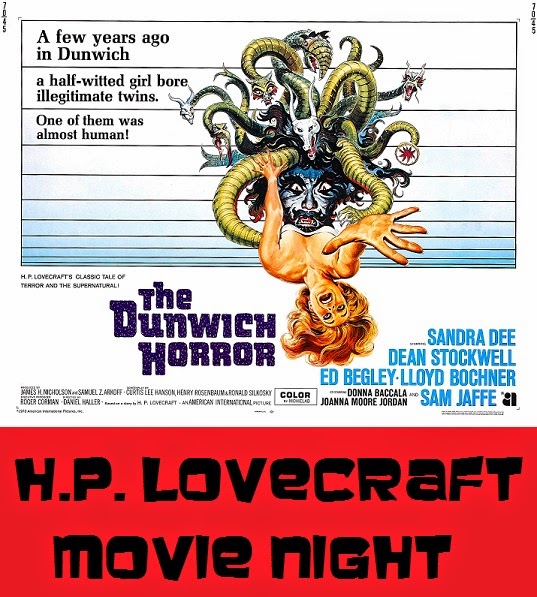