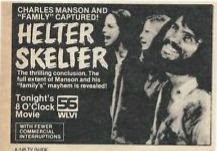 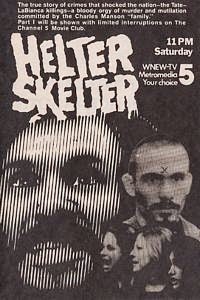 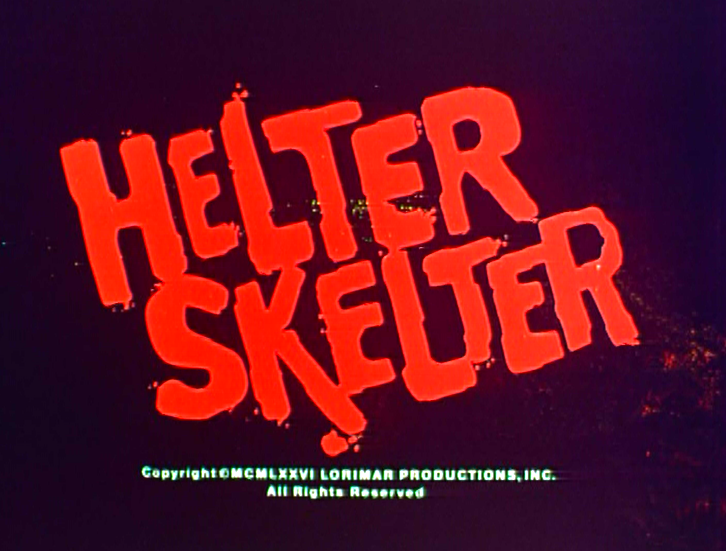 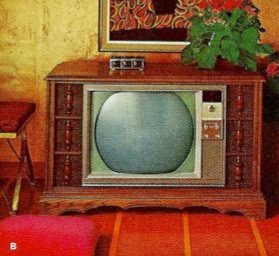 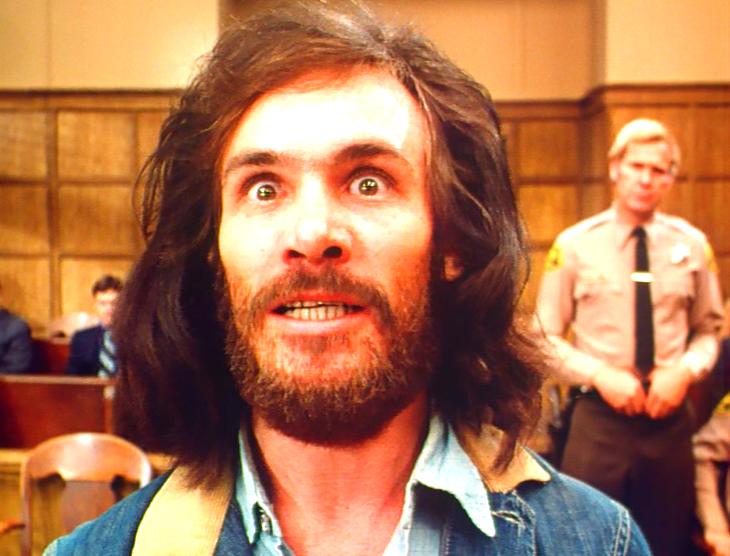 One of the more seminal and unsettling made for T.V. movie events of the 1970’s HELTER SKELTER is probably best known today for the career defining (or career killing some might say) performance by Steve Railsback as Charles Manson. Originally broadcast in two parts (neatly broken up into the investigation and trial) by NBC on April 1 & 2 1976, it drew a 36.5 rating which makes it about the 16th most popular movie ever shown on network television. As it was broadcast only seven years after the actual events, for a time NBC considered not running it in the Los Angeles viewing area.

A factual re-telling of the infamous murders perpetrated by Charles Manson and his hippie “family” in Los Angeles during the late summer of 1969, it was based upon the bestselling book by prosecutor Vincent Bugliosi. In spite of its obvious TV origins that pop up glaringly at some points it’s still surprising to see when watching it today straight thru how what is basically a police and later courtroom procedural movie can hold ones interest for 194 minutes. As to be expected it concentrates more on the prosecution side of things and their efforts to bring a case against Manson and his followers while sorting out the wildly diverging motives (which are still debated to this day). 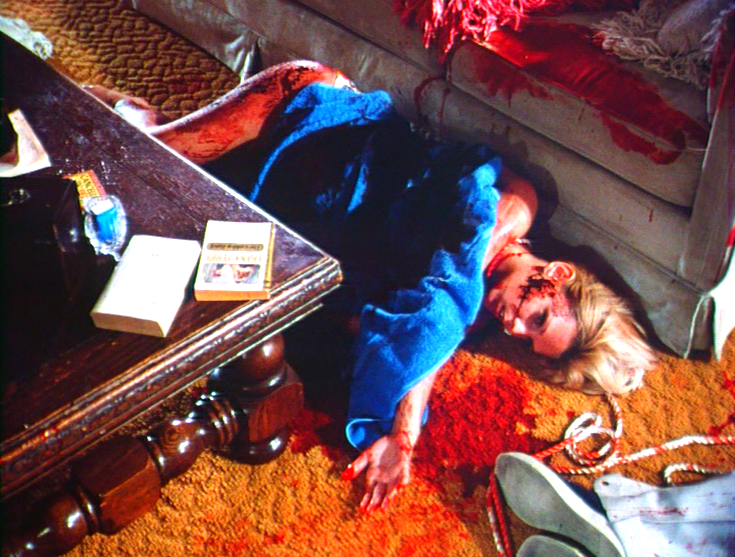 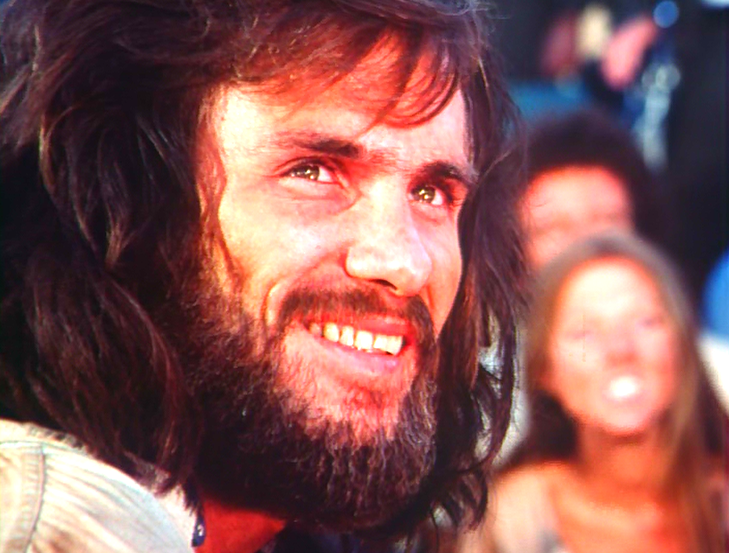 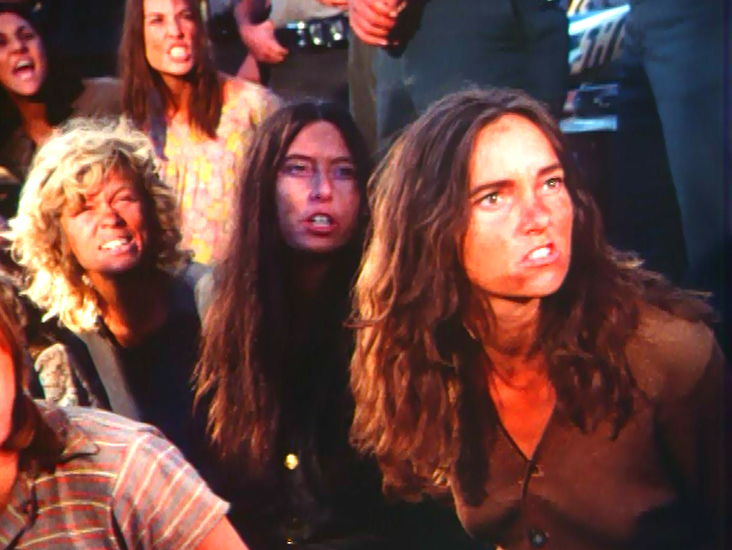 The film starts off kind off oddly with Bugliosi (George DiCenzo) addressing the viewing audience directly with a brief preface concerning the case. DiCenzo’s narration continues throughout the rest of the film and does serve a purpose (along with overheard TV newscasts) of filling in various details such as brief background on the victims and the various members of the Manson Family along with some smaller plot points instead of wasting dialogue and running time explaining them. It then follows the timeline of events as laid out the book fairly closely as it starts off immediately with the murders, which although not shown there are quick glimpses of the bloody aftermath and later during the trial testimony there are flashbacks shown that while not overtly gory do still back a punch. Looking back on this it still seems pretty amazing what the filmmakers were able get away with (1970's network television wise) on this.
Although we do go back to it at certain points, the police investigation is dispensed with pretty quickly as we mostly just have a few scenes of the detectives standing around talking in the squad room and the movie seems more interested in pointing out the errors made by the police as far as mislaying evidence and the separate jurisdictions failing initially to connect the various murders. The film does an admirable job of keeping the various characters and locations cohesive enough to follow (although for those not overtly familiar with the actual case it might get kind of confusing as the plot bounces back & forth between locations and characters are introduced and then disappear). Plus anyone with knowledge of the basic history of the case might be also be confused as some of the names of the family members have been changed (except for a few instances basically it seems that everyone who was not charged at the time with a crime refused to have their real name used). 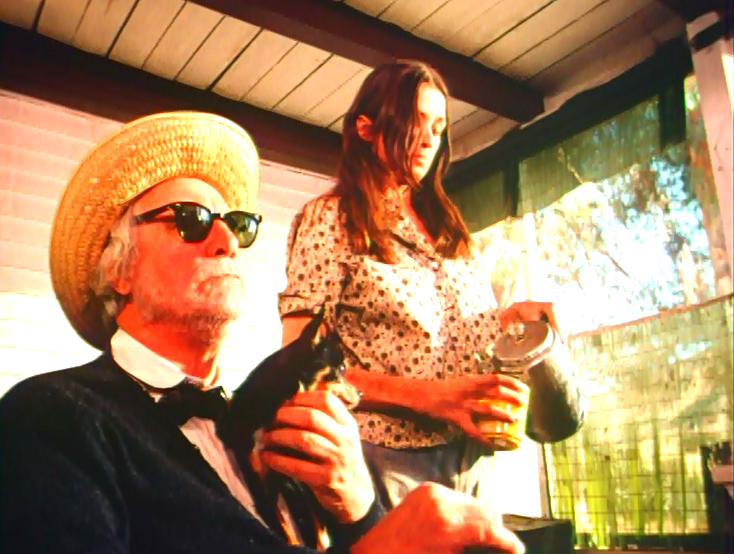 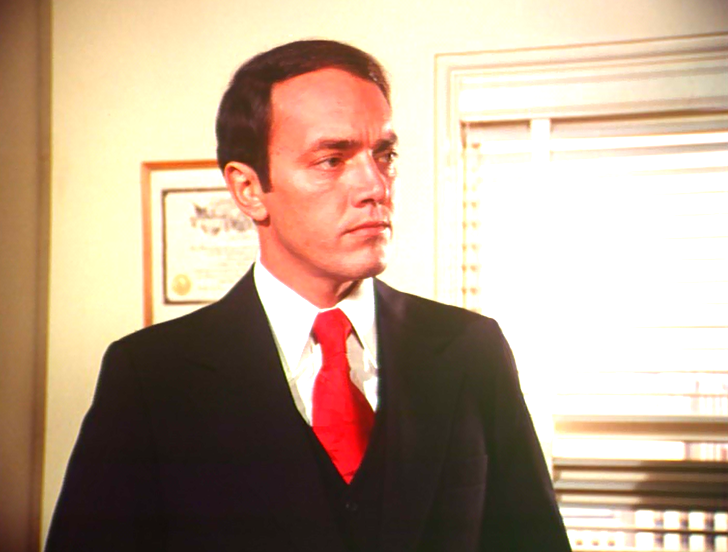 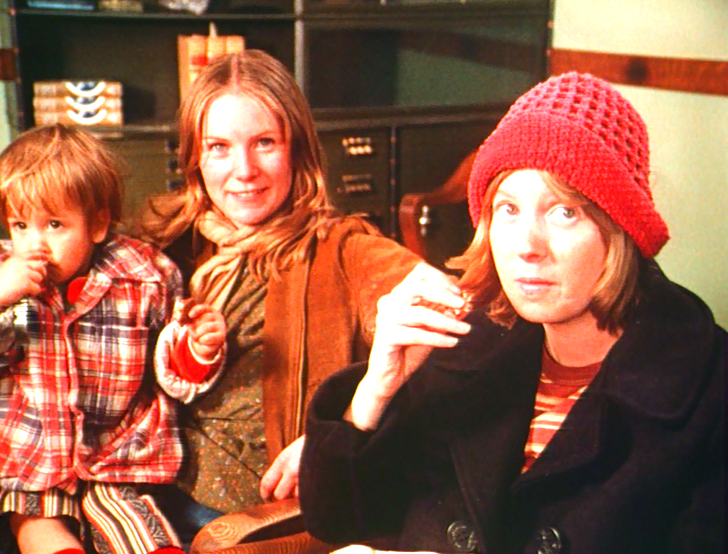 As with most TV movies the acting is pretty much all over the map with Railsback’s performance naturally taking front & center with his creepily intense persona (there are instances where he doesn’t blink for what seems like whole minutes) and a performance that for better or worse would loom over his future portrayals and is pretty much the yardstick by which all future portrayals of Manson would be measured against. He brought the same slightly brink of insanity twitchiness to 1980’s THE STUNTMAN (where he also showed some vulnerability, but was upstaged by Peter O’Toole’s maniacal slightly bonkers director) and LIFEFORCE from 1985 - or Charles Manson meets naked space vampires (actually I love LIFEFORCE).
As far as the Manson girls are concerned Nancy Wolfe is excellent as Susan Atkins and in any other film probably would have got noticed more (she dropped out of sight for about 20 years soon after HELTER SKELTER) and Cathy Paine as a scenery chewing Leslie Van Houten looks more wild eyed then Railsback’s Manson most times. Busy T.V. actress Christina Hart plays Patricia Krenwinkel and oddly enough most times looks like she stepped off the cover of VOGUE magazine. And hey look, there's TEXAS CHAINSAW MASSACRE alumnus Marilyn Burns as Linda Kasabian ! DiCenzo as Bugliosi is fairly stiff in the role, but does bring a single minded doggedness along with being the face & voice of the "The Establishment". The rest of the cast is filled with some familiar TV faces including stuntman and tough guy Roy Jenson (it’s amazing how many things he shows up in) from HARPER and CHINATOWN and in a few years he would battle a disembodied hand along with Samantha Eggar in DEMONOID : MESSENGER OF DEATH 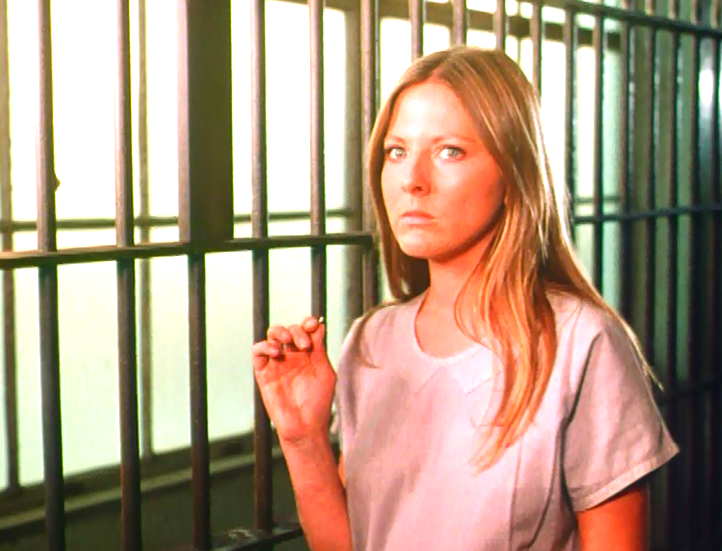 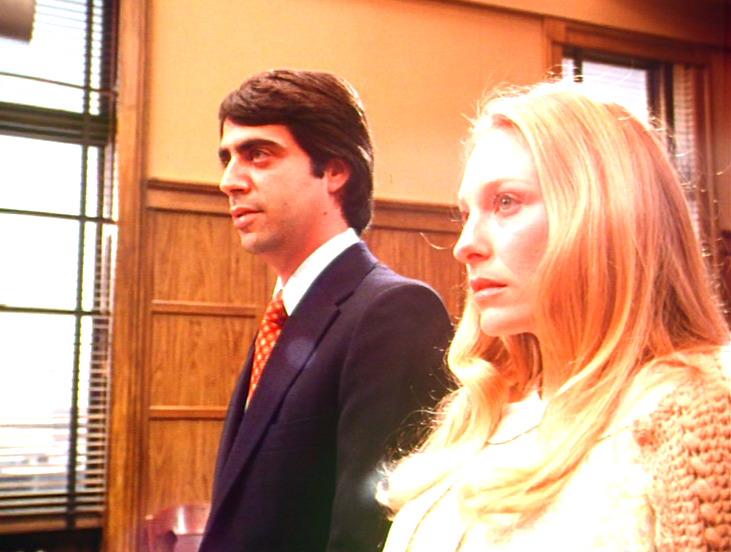 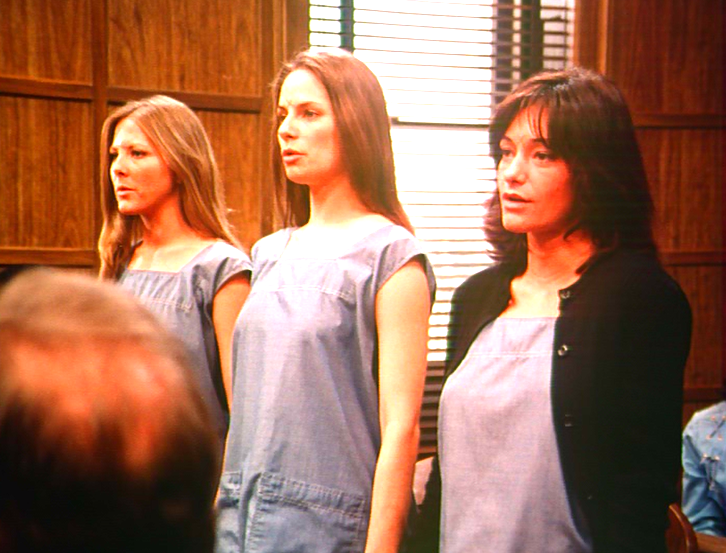 The film was shot on location in the actual house for the LaBianca murder sequence with another house filling in for the Polanski residence and even more bizarrely the L.A. Police Dept. loaned out the actual car used to transport the murderers to their two nights carnage for use in the movie. The Spahn Ranch location (as by this time the real one had burned down) is that vastly familiar western/corrugated warehouse back lot setting that CHARLIE'S ANGELS, ADAM-12, THE BRADY BUNCH among others all showed up on (along with countless westerns naturally).
With its combination of murder,drugs, satanism, sex and hippies along with rock & Hollywood royalty the Manson story has fascinated filmmakers with the Academy Award nominated documentary MANSON appearing in 1973 and before that from 1971 was THE NIGHT GOD SCREAMED and SWEET SAVIOR (starring former teen heartthrob Troy Donahue as messiah-like killer) with both while not specifically about the actual murder are obviously influenced. Plus there's the very weird THE CULT (AKA THE MANSON MURDERS) from the early 70's with its somewhat mysterious origins. HELTER SKELTER was first major attempt at a dramatic retelling on the events and was remade in 2004 (with more emphasis on Manson himself & the family).
There has been numerous projects rumoured in recent years with both Oliver Stone and David Fincher's name being attached at various times and more recently Rob Zombie. In addition there's a low budget one in the works titled THE MANSON GIRLS and for a real decent into hell check out Jim Van Beeber's THE MANSON FAMILY. 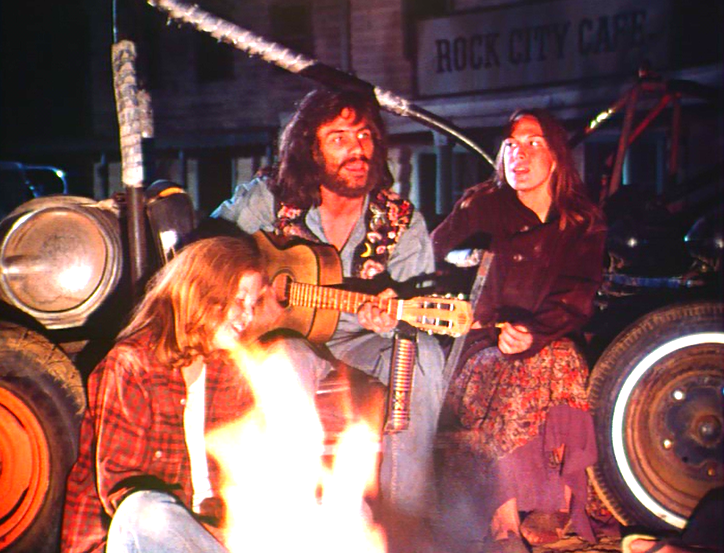 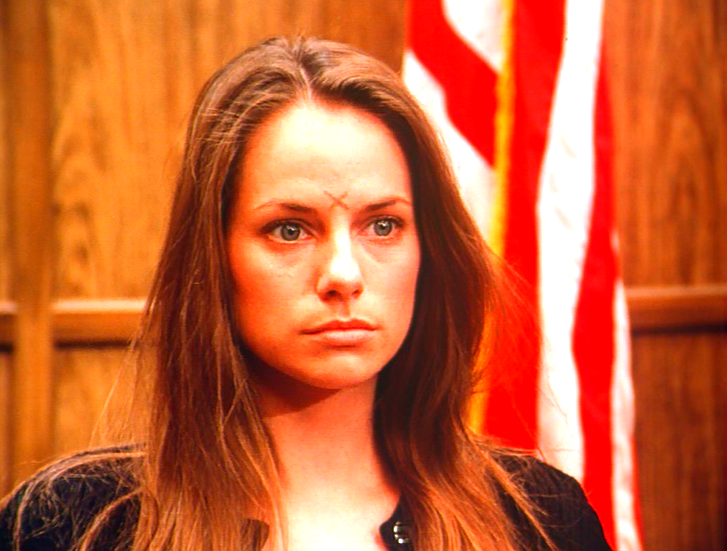 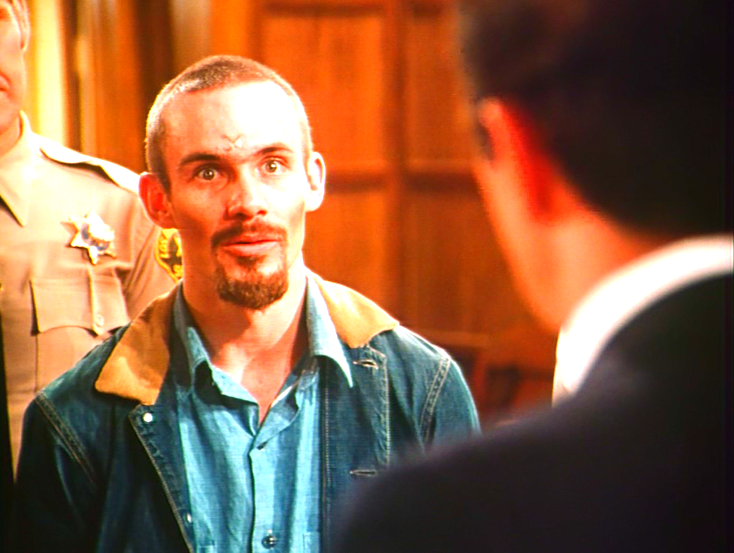 HELTER SKELTER was re-edited into a feature length movie (with a bit more violence added) and released theatrically overseas. Supposedly there's a couple of F-bombs still lurking around in the T.V. version (available on DVD), but I've never been able to catch them. For anyone wanting to delve a little deeper into this after reading HELTER SKELTER, I highly recommend Ed Saunders THE FAMILY (which he periodically updates & reprints). 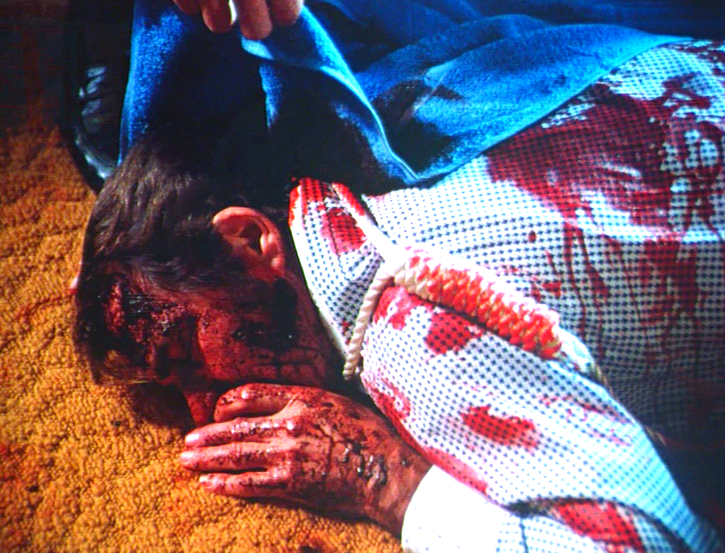 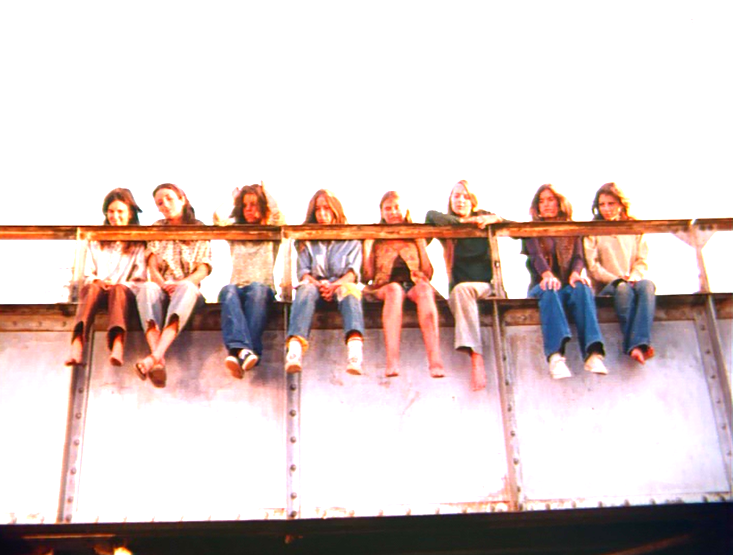 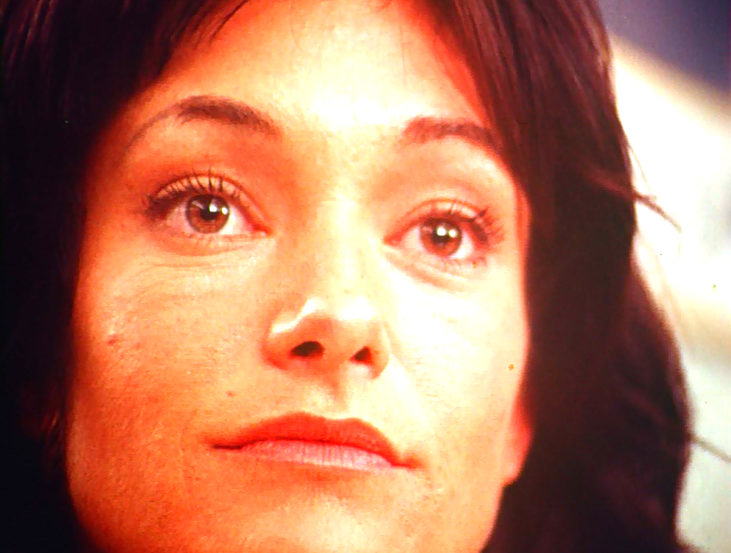 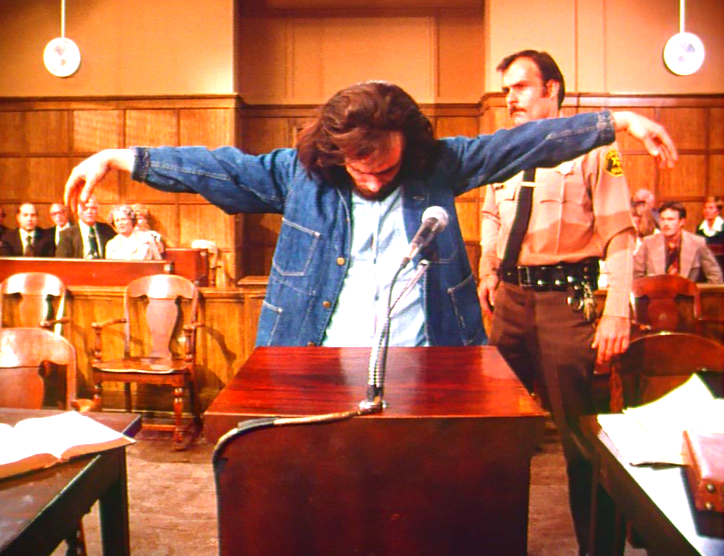 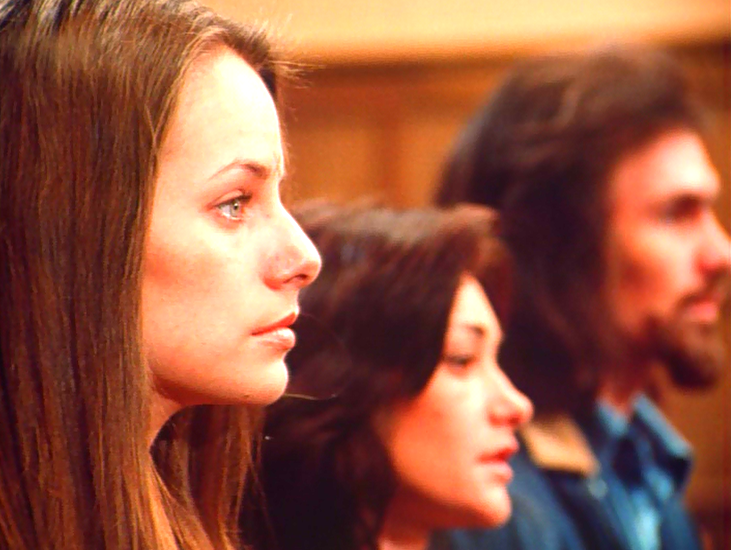 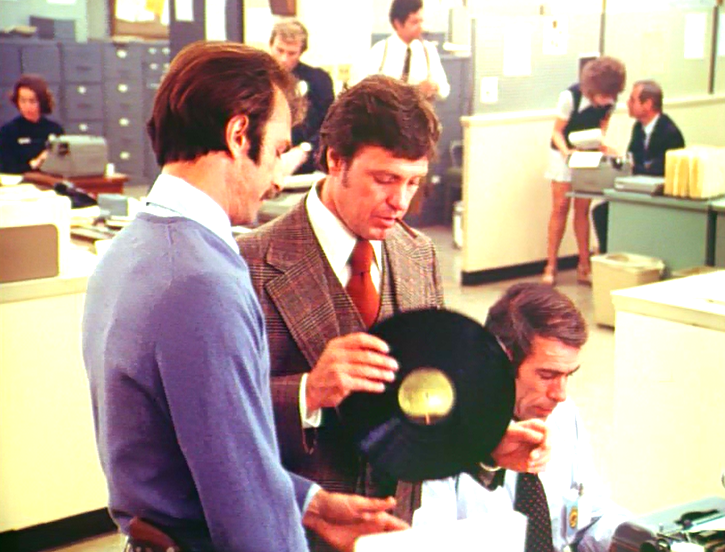 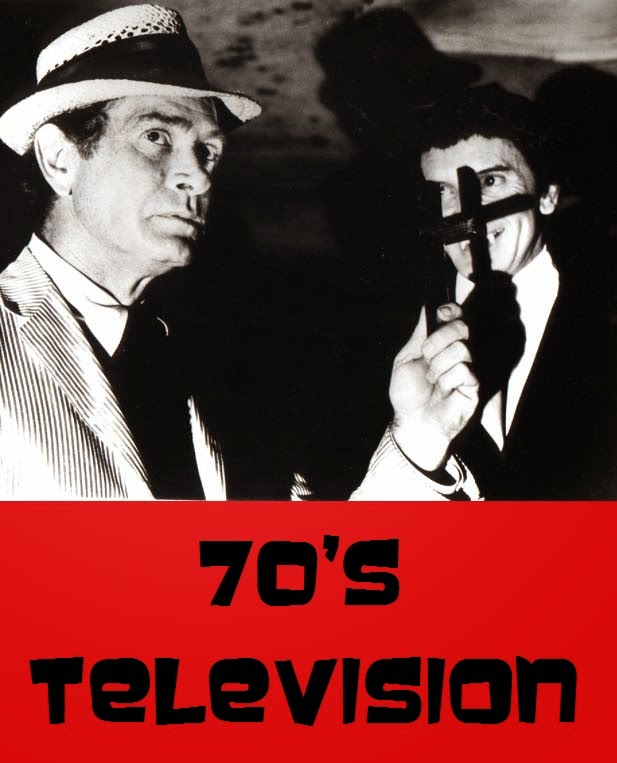