THE NIGHT OF THE SEAGULLS 1975 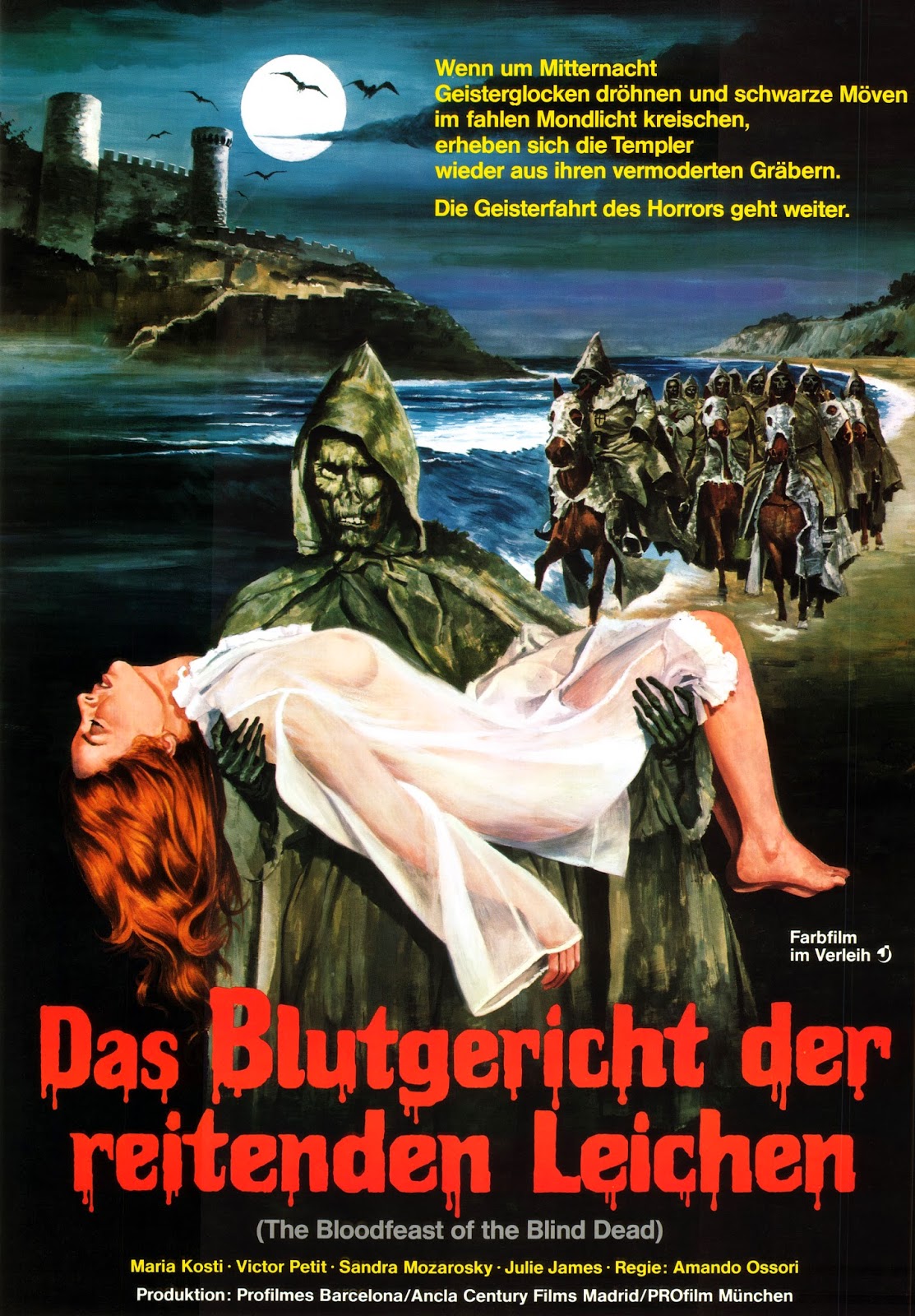 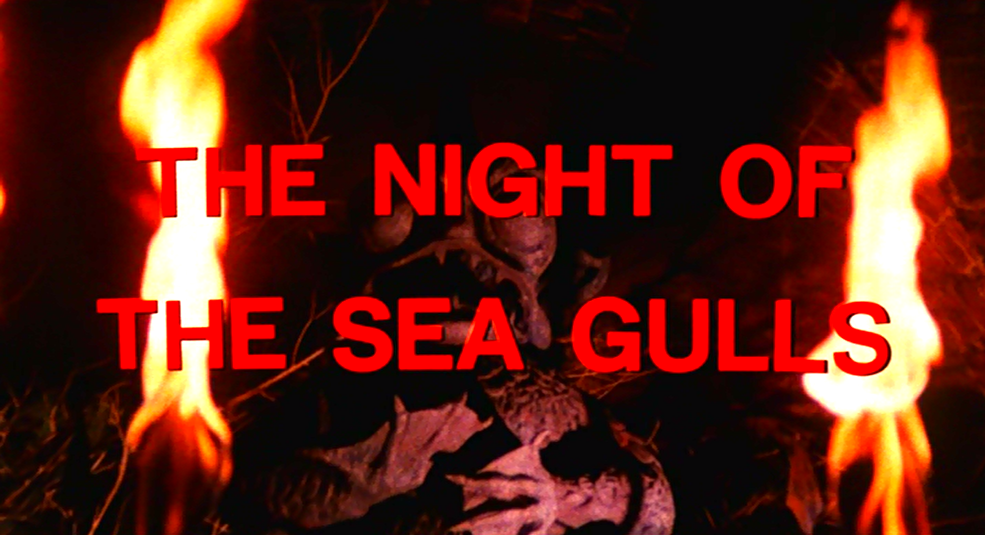 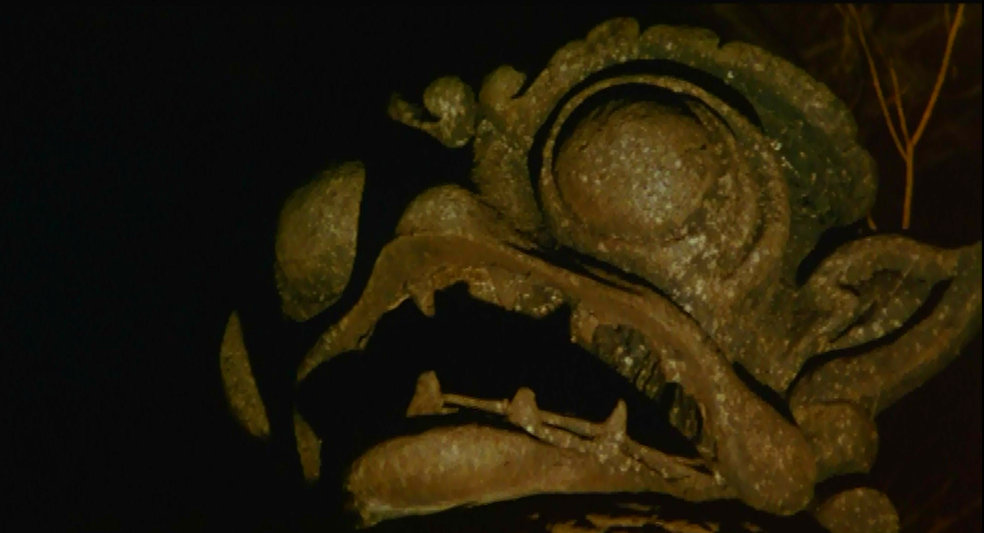 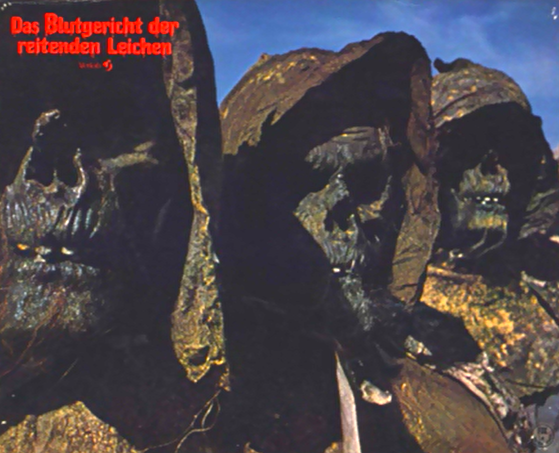 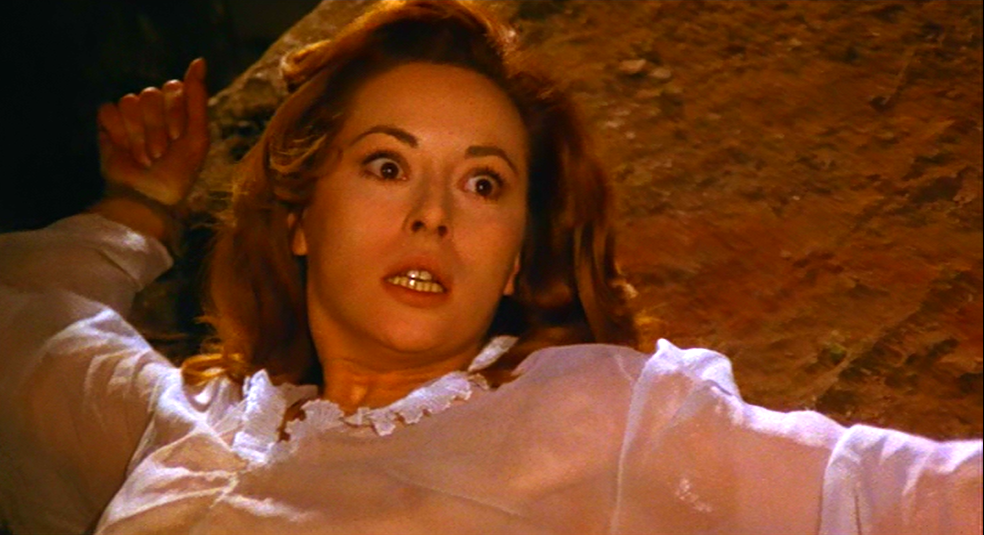 The 4th (and final) entry in Amando de Ossorio Blind Dead quartet THE NIGHT OF THE SEAGULLS (or SEA GULLS as seen in the credits) has never been a favorite among fans , but I’ve always really enjoyed it as it has a wonderfully creepy atmosphere and is a HUGE step up from the rather pathetic THE GHOST GALLEON. Once again tweaking the basic premise of the previous movies (along with the Templar Knights motives & origin), Ossorio creates a definite H.P. Lovecraft vibe here (particularly THE SHADOW OVER INNSMOUTH) as he puts the Blind Dead back on solid ground where they belong -and thankfully back on their horses and out of a ship’s hold. In addition the main characters are much more sympathetic, being helpful and even somewhat heroic in the course of the plot. Plus in a somewhat refreshing change the sexual misogyny themes from the previous films (in particular the rapes) have been eliminated here, but fear not -as it would not be a Blind Dead experience without them - we still get the female sacrifices. 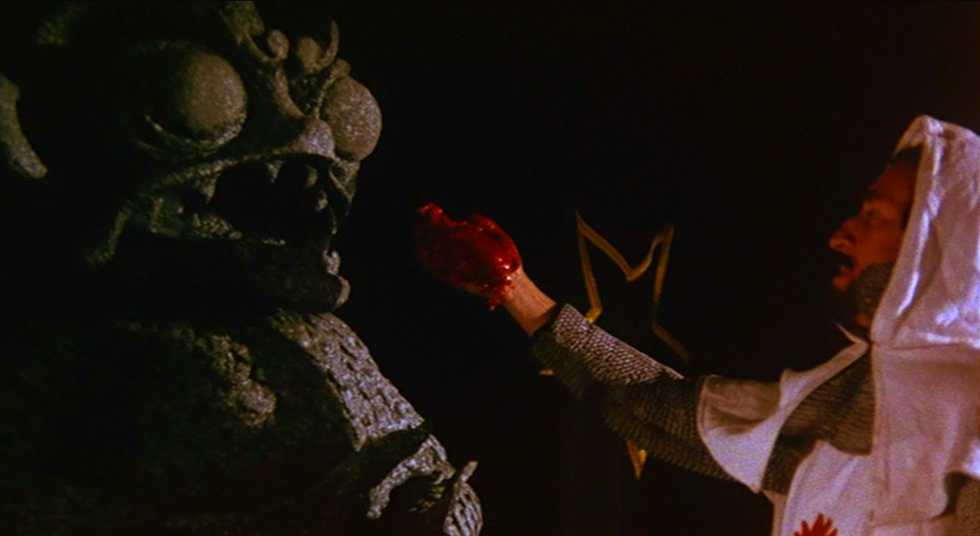 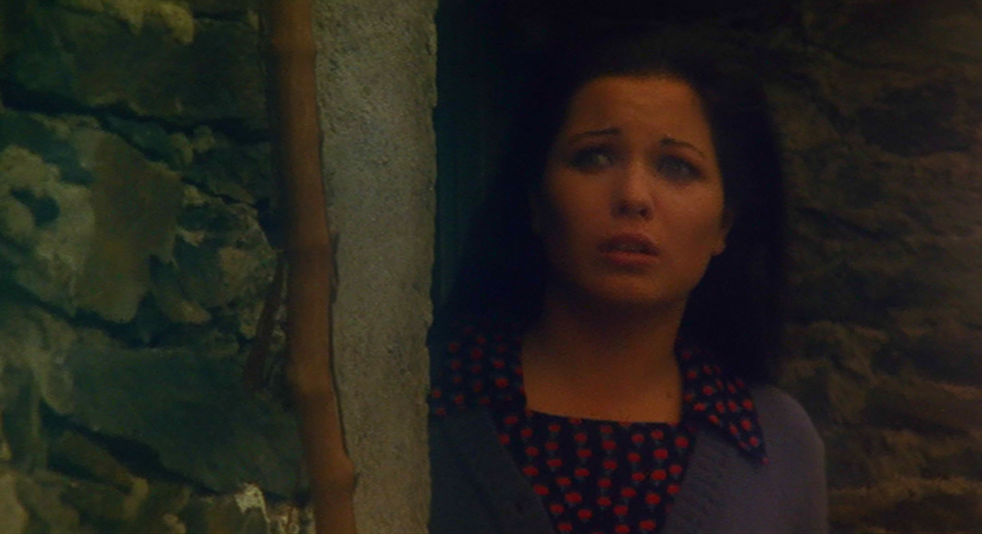 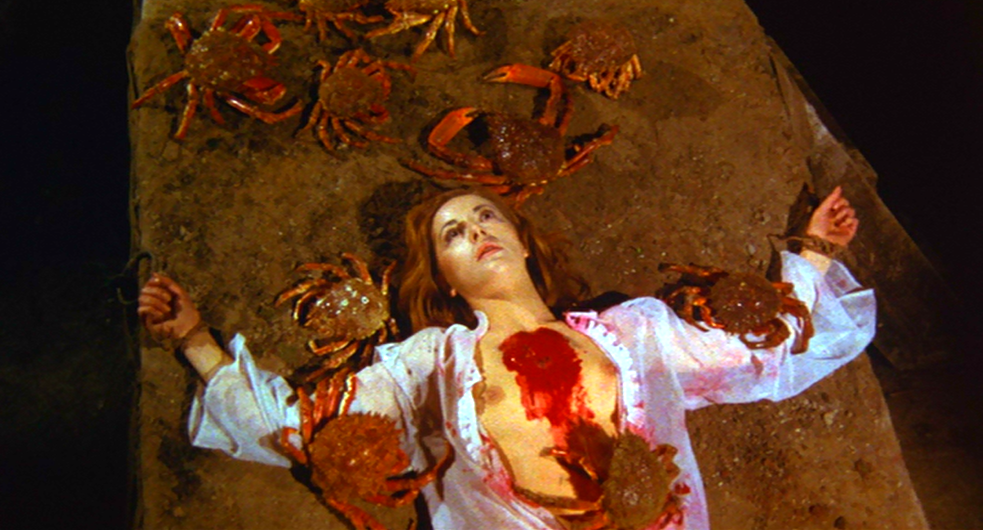 Setting things up with a middle ages prologue that shows a young couple that are set upon by a group of the Knight Templars with the husband being killed and the woman carried off to a seashore castle where she’s killed and has her heart cut out and deposited into the mouth of a very creepy looking frog-like idol, with her remains tossed on the rocky beach for the crabs to feast on. Forwarding to the present Dr. Henry Stein & his wife Joan (Victor Petit along with Maria Kosty from VENGEANCE OF THE ZOMBIES & EXORCISMO) arrive in a remote seaside fishing village in which he plans to set practice in. 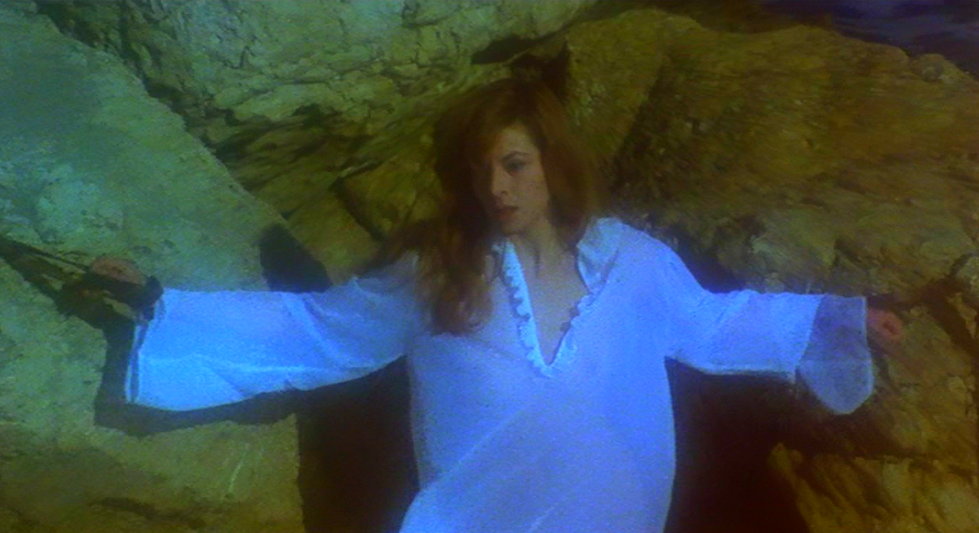 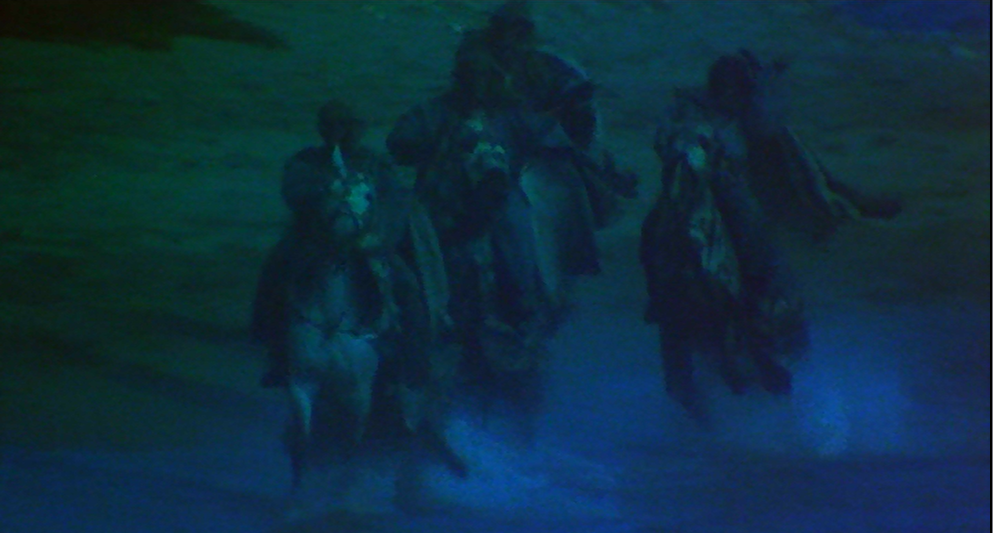 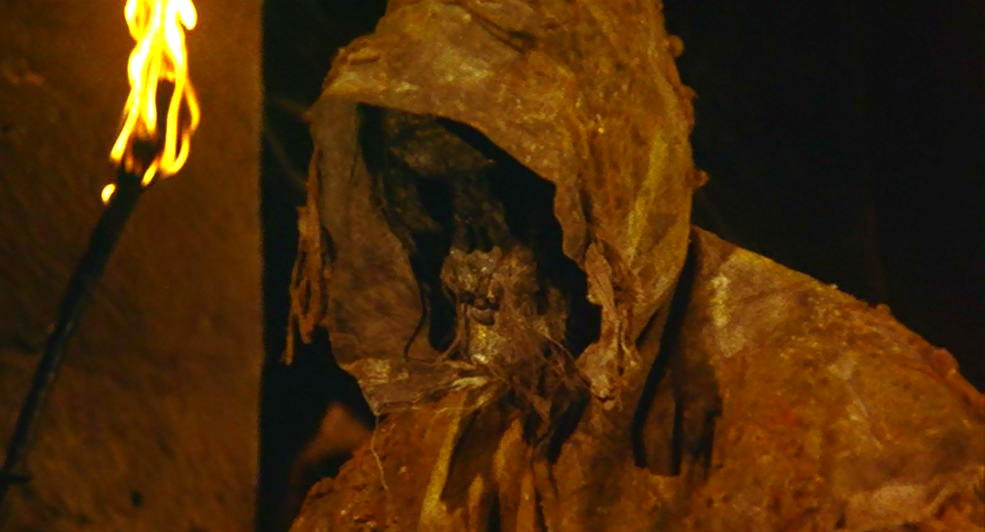 Upon arrival in the village they find the inhabitants acting downright hostile to them and the present town doctor already on his way out of town. That night after discovering him wounded at their door Joan gives shelter to the village simpleton Teddy and allows him to stay in the attic. Later their woken up by the ominous tolling of a bell along with the screeching of seagulls and then catch a glimpse of a young woman being lead by a procession of black-clad town folk toward the beach, all of which the doctor dismisses as a “obscure religious ceremony” (ya think ??). 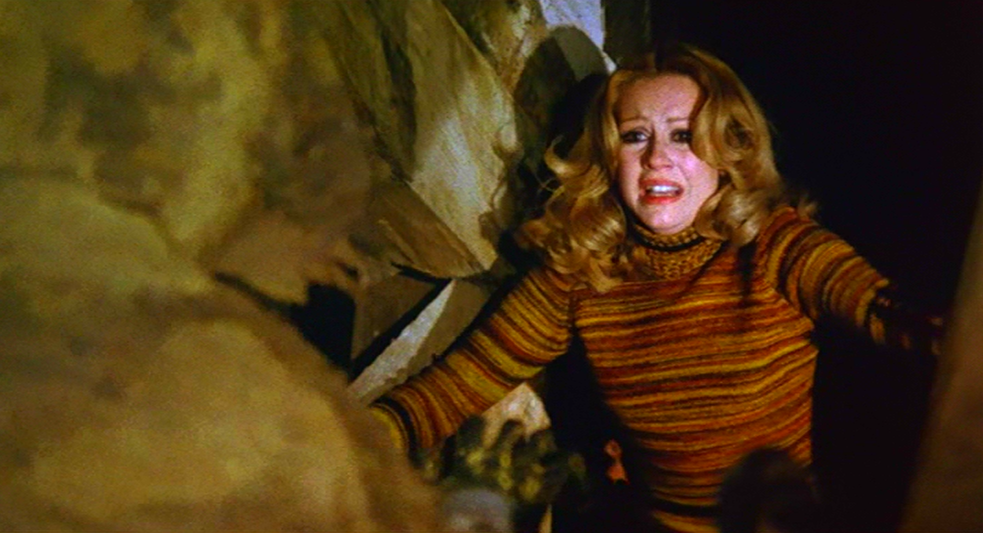 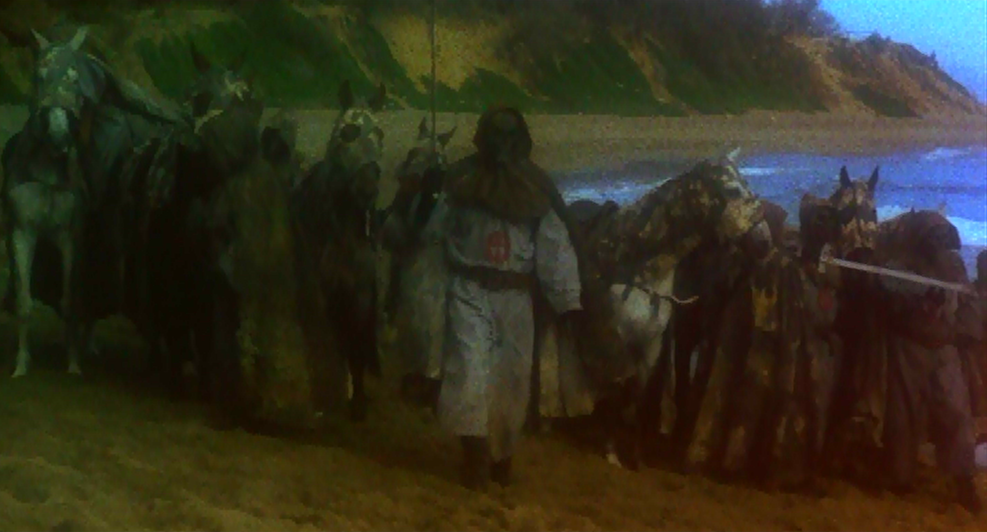 The next day while again facing irate villagers Joan is befriended by Lucy (Sandra Mozarowski) and the couple hire her as a housekeeper. Eventually its learned that every seven years the villagers offer up seven young woman over the course of seven nights as sacrifices to the blind Templars who rise out their graves at the sound of the tolling bell and ride their horses out to beach where the victims are tired to the rocks, with the sound of the seagulls being the souls of the past sacrifices. Although not specifically credited to his works there is very "Lovecraftian" feel running thru the proceedings with an isolated seacoast village immersed in ancient & evil religious practices and the statue that the knights pray to (and deposit the victims heart in the mouth of) looks like something straight out of a Cthulhu fever dream. 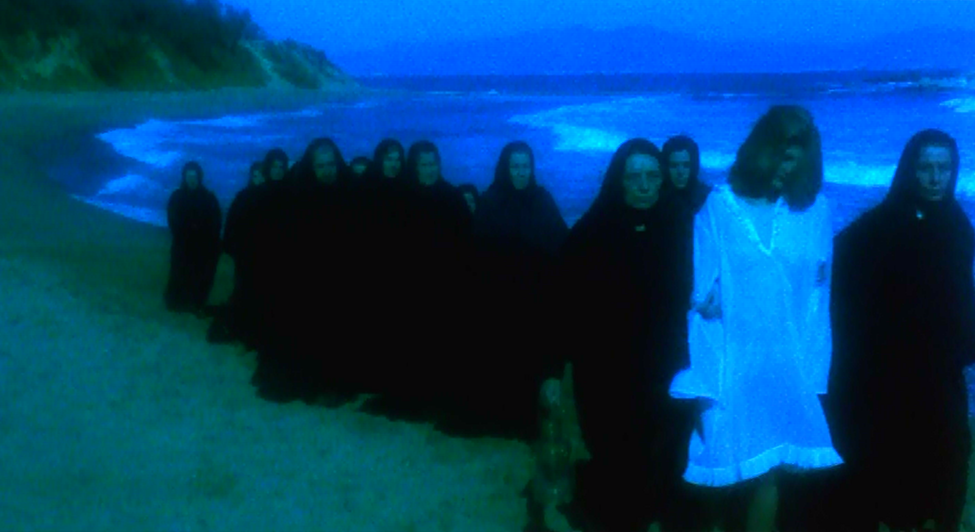 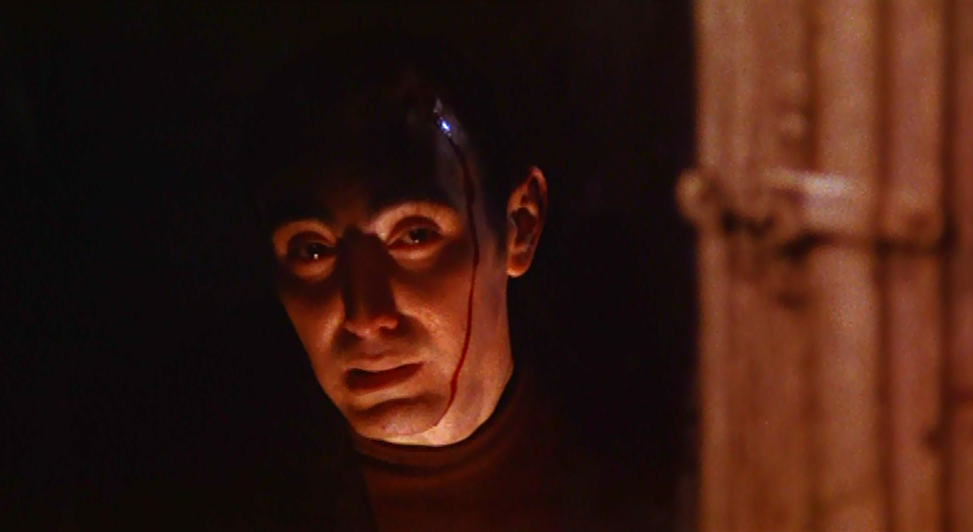 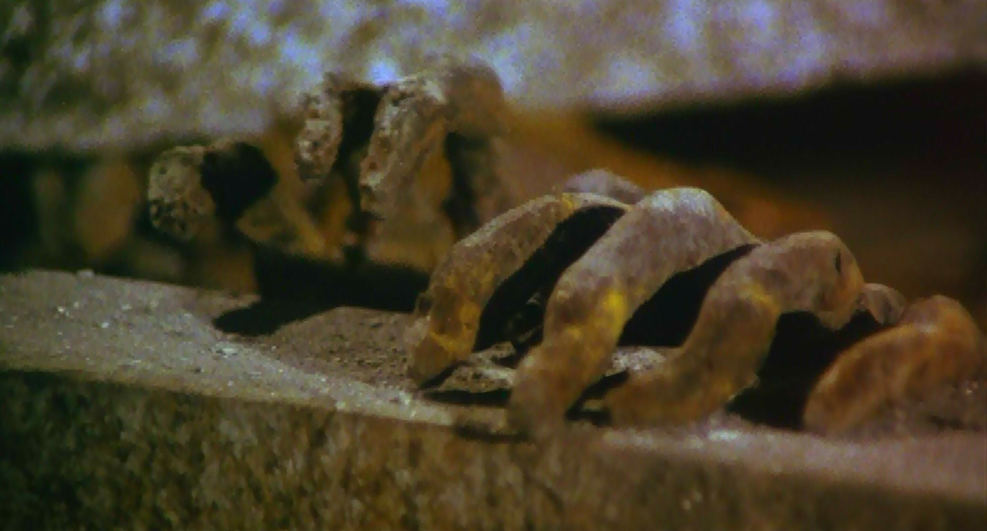 Lucy soon becomes next in line for the Templar's and its her rescue by Dr. Stein that sets up the rampaging Knights who attack the home of the Stein’s along with Lucy and the now severely wounded Teddy taking shelter there as earlier he had been hurled off a cliff by the villagers. Somewhat bizarrely once the Blind Dead start their rampaging (on account of the missing Lucy) the villagers hot foot out of there and make it to safety, which seems kind of strange as the massacre of them would have made a magnificent set piece. As it would have been similar to RETURN OF THE BLIND DEAD perhaps Ossorio decided to forgo it? There is also questions of the complicity of villagers themselves who (if the timeline is to be believed) have been offering up sacrifices for about 700 years (!). 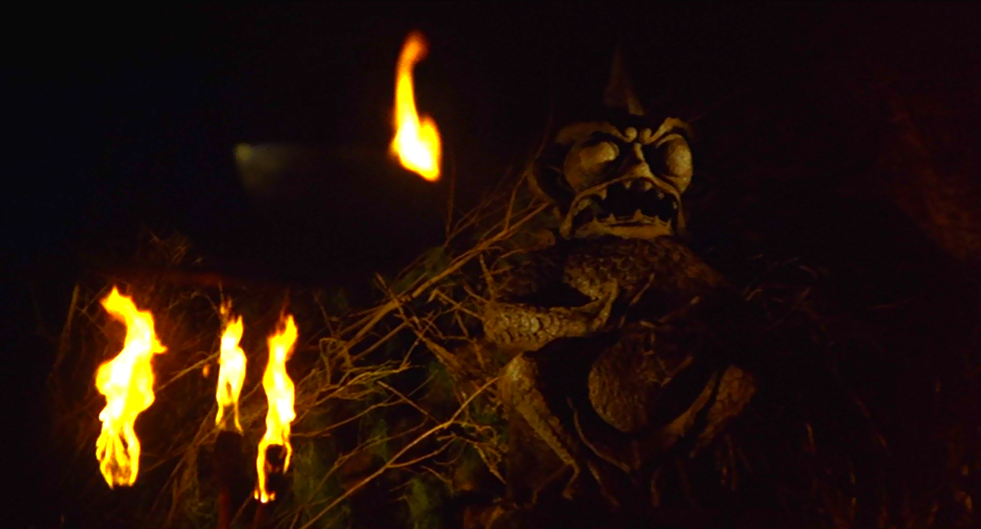 Although the Blind Dead don’t make their first appearance to almost 20 minutes in, the film creates a very genuine atmosphere of doom and forbidding with the isolated village, the castle & altar room sets and the Knights slowly galloping along the beach all adding greatly to the film. This time Ossorio keeps the secondary plot elements more to the background and the lead characters in the form of the doctor and his wife are written with some more depth and sympathy then in the past films in the series.
However there is some REALLY awful day for night photography that pops up & glaringly stands out as the soft focus and gauze like filtering can’t hide the bright blue sky & sunshine. The climatic attack upon the doctors house is one the best staged set pieces in the series and the finale with blood gushing out the Templars eye sockets as they collapse is startling. Antón García Abril really cranks up the creepy Gregorian chants and weird distorted instruments on the soundtrack, as this in my favorite soundtrack of the four (Enough Already - These NEED to be released on CD !!) 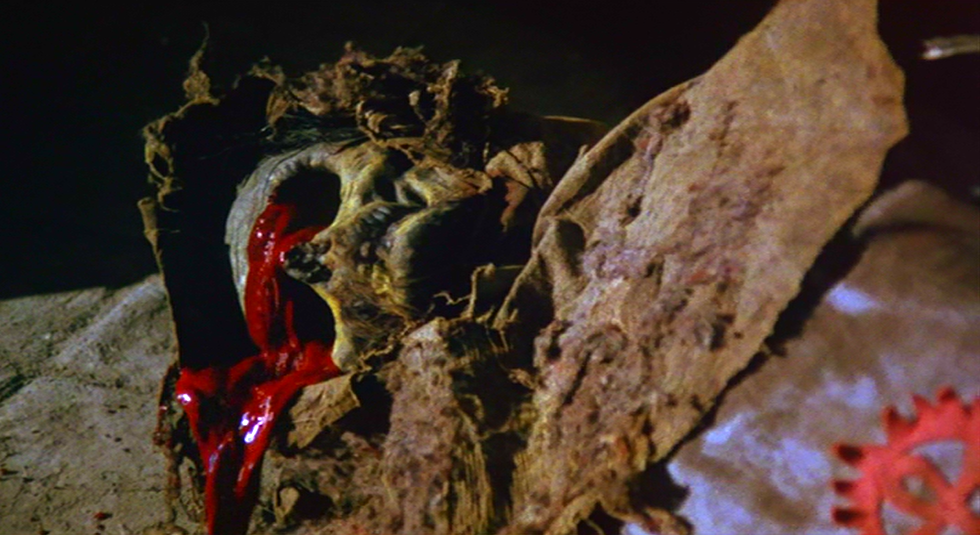 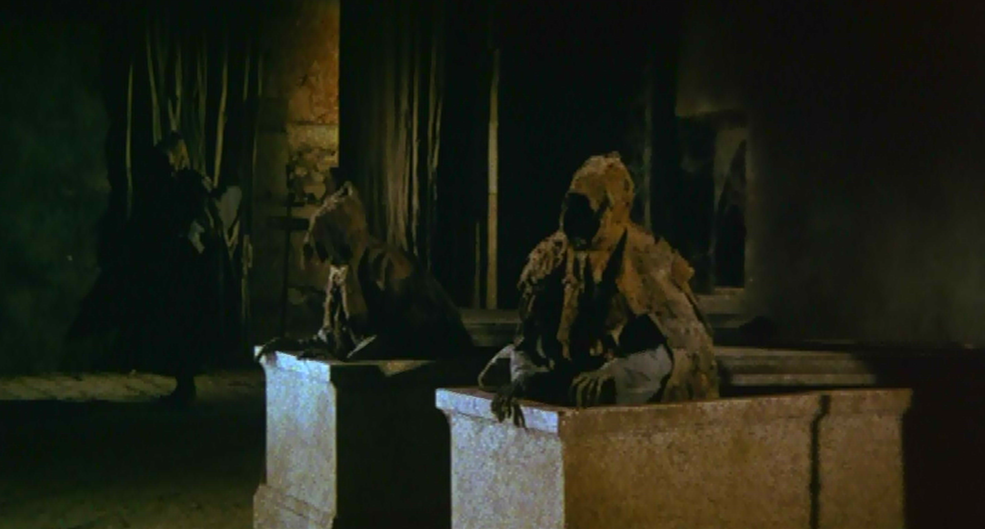 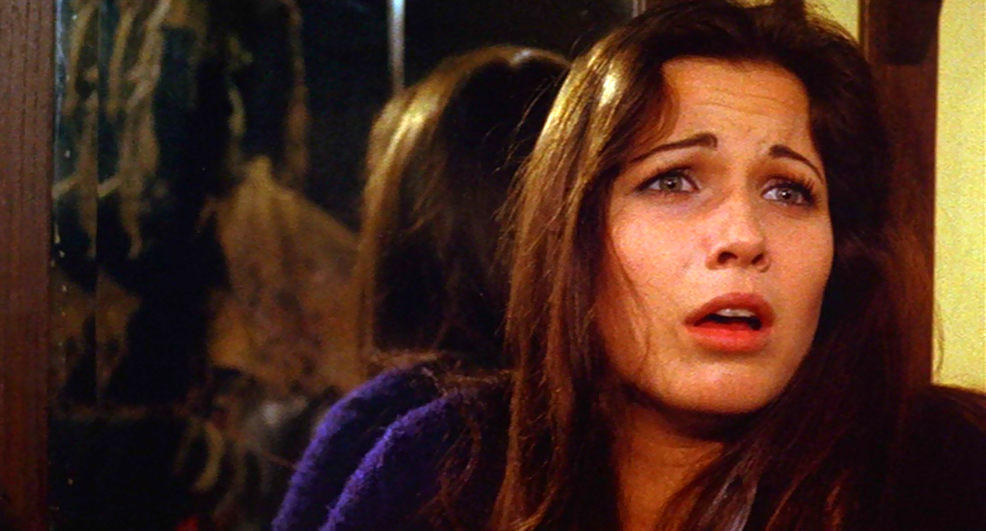 Of special note in the cast is the pretty Sandra Mozarwoski playing Lucy who very convincingly carries an air of resigned doom about her thru the course of the film. Only 15 years old at the time of filming she sadly committed suicide in 1977 at the age of 18, but not before appearing in over 20 films with most of them being in the exploitation field including LOVE TRAIN FOR THE S.S., SCHOOL OF DEATH, HOUSE OF PSYCHOTIC WOMEN & DEVIL’S POSSESSED.
With this being the last in the "official"series at some point I hope to get to John Gillig’s excellent THE CROSS OF THE DEVIL (1975) which is an interesting combination of Hammer (Gilling directed THE REPTILE & THE PLAGUE OF THE ZOMBIES) and Spanish Horror and features some of the Blind Dead mythos. There is also Jess Franco’s oddball MANSION OF THE LIVING DEAD which doesn’t really feature the Blind Dead, but is often lumped in with them and probably best described as a “homage”(It does however have the mostly nude Lina Romay in her blonde wig “Candy Coster” persona & some evil monks) . 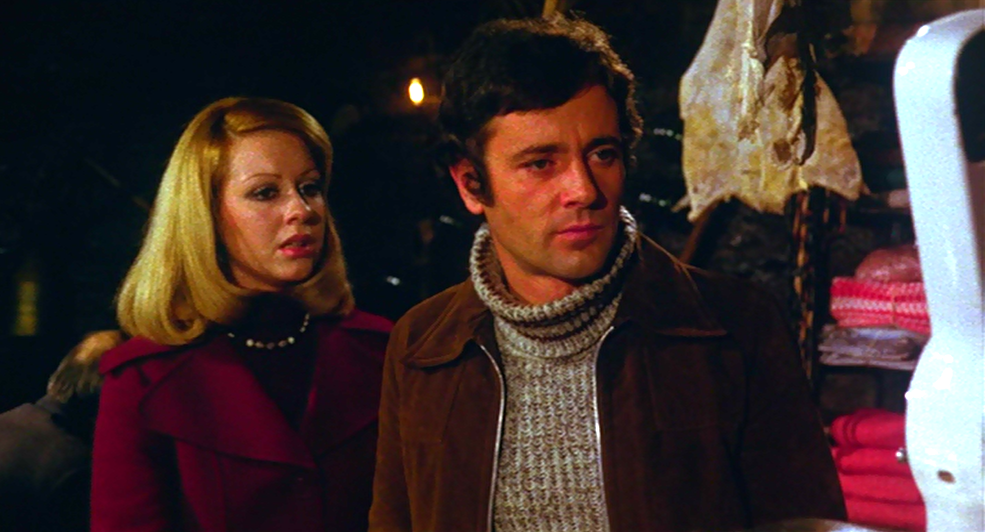 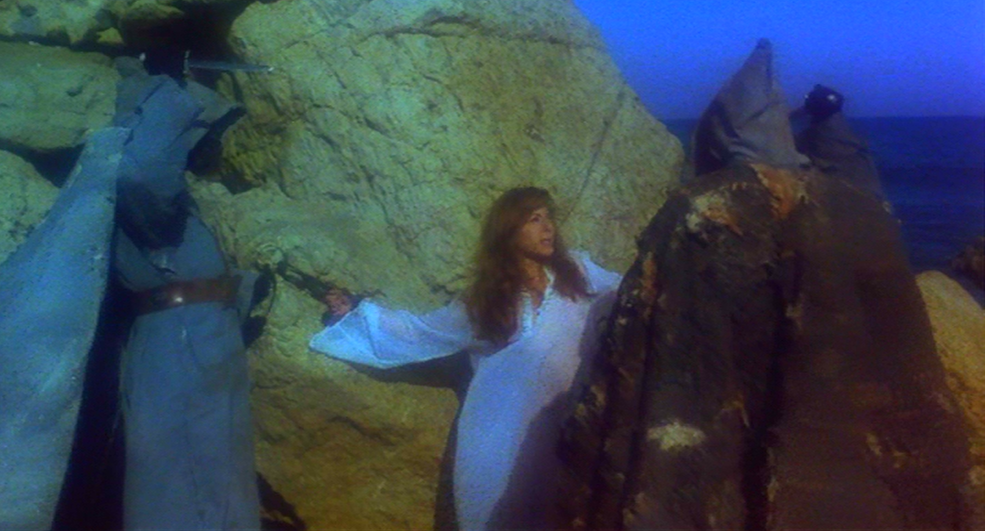 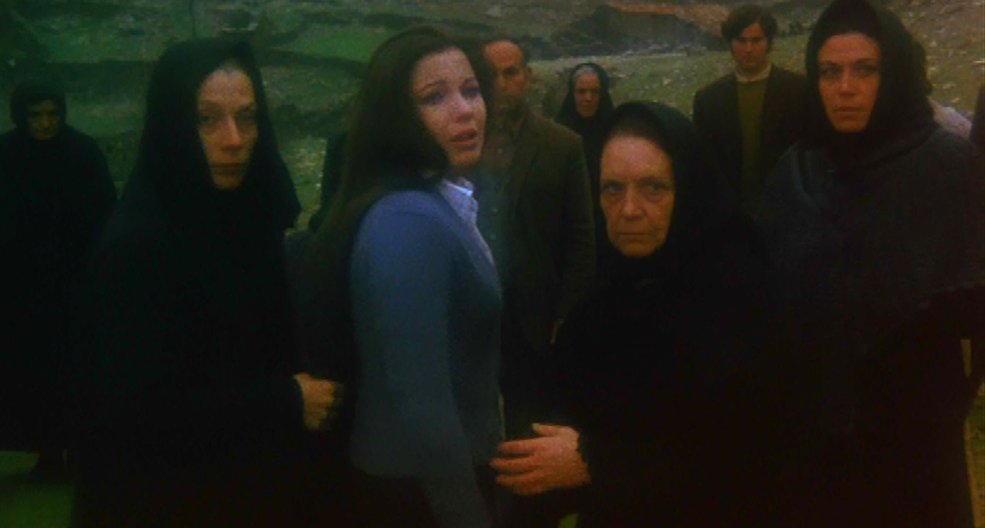 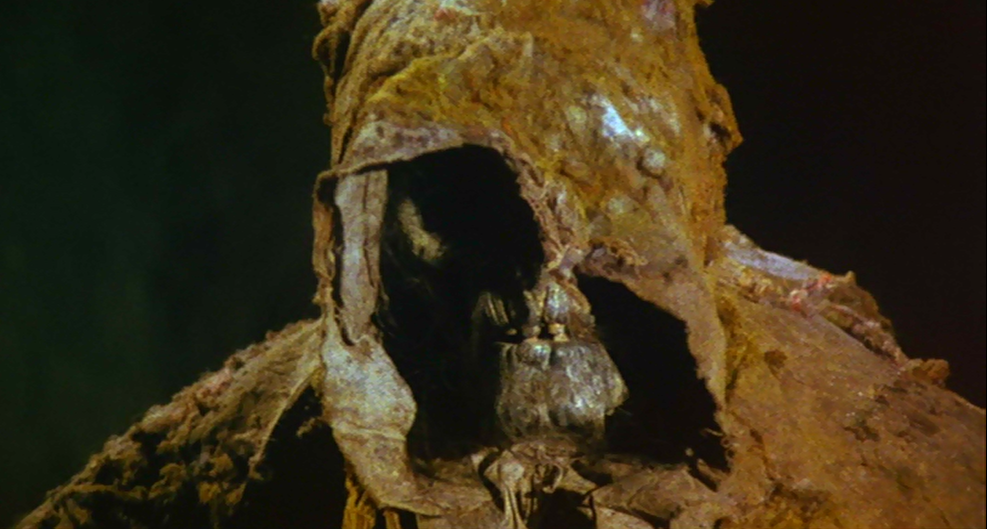 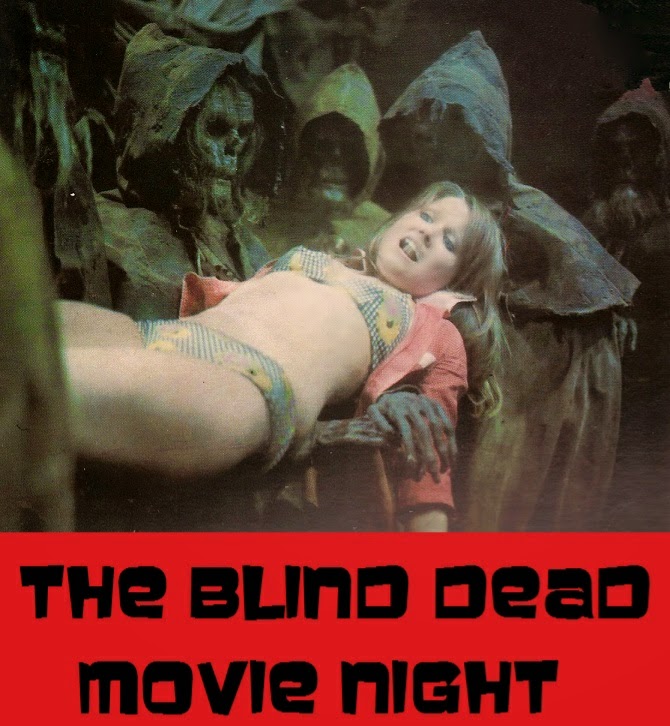 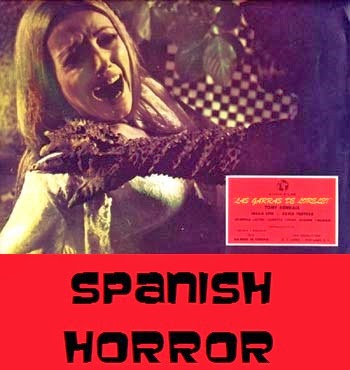