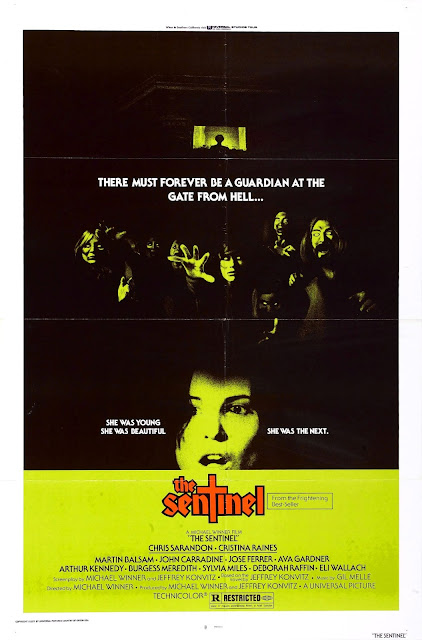 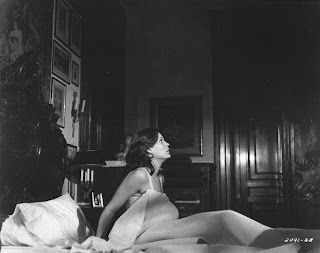 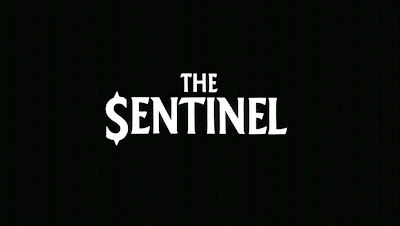 One of the more wacked out crazy weird horror movies to come from a major studio in the 70's, this was probably the closest thing an American movie ever came to emulating the wacked out crazy weird atmosphere of the Italian horror films of the period (in particularly Lucio Fulci). Helmed by jack-of-all trades 70's & 80's director (plus Charles Bronson fav) Michael Winner and based upon a then best selling (but now forgotten) novel by Jeffery Korvitz. Winner (who recently passed away) was responsible for such classics as Death Wish (1974 - plus parts II & III !), The Mechanic (1972), The Nightcomers (1971) & The Stone Killer (1976) among others - without forgetting 1976's Won Ton Ton : The Dog Who Saved Hollywood.
Mixing together elements of Rosemary's Baby, The Exorcist and the whole 70's devil worshipping genre along with the classic "gates of hell" plotline & some Fulci The Beyond/City of the Living Dead vibes, The Sentinel kneads all these elements into a big gooey mess and then throws it against the wall to see what sticks. Although a bit less on the gore level then its Italian cousins it still has its share of genuine creepiness and plenty of "What the...!!" moments.
The main plot concerns model Alison Parker (Cristina Raines) who rents an old brownstone apartment in Brooklyn from real estate agent Ava Gardner that contains the usual assortment of eccentric tenants, including Burgess Meredith channeling Ruth Gordon from Rosemary's Baby and lesbians Sylvia Mills & Beverly D'Angelo - who in her first major role displays a surprising amount of nudity (along with a 45 year old Sylvia Mills). Plus in the top floor apt. a blind gaunt zombie like priest (played by gaunt zombie like John Carradine) forever sits and stares out the window. 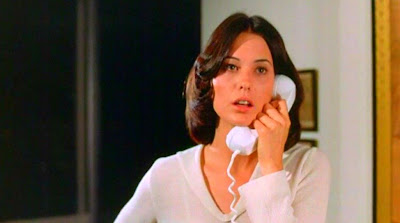 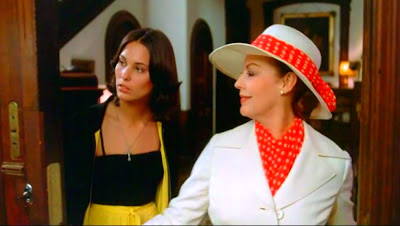 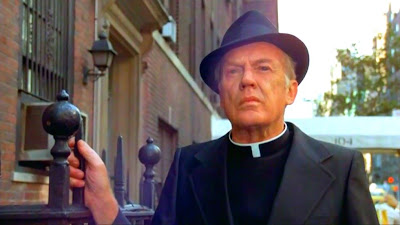 Alison has some issues, including a couple of past suicide attempts. The first one happening when she was a young girl after breaking in on her elderly father invloved in ménage à trois involving a couple of prostitutes and copious amounts of birthday cake and the second time when her boyfriend's (Chris Sarandon) then current wife committed suicide. Seems the wife's suicide was a bit suspect and this leads to police detectives (Eli Wallach & Christopher Walken) nosing around. Also lurking around in the plot are a couple of priests (José Ferrer & Arthur Kennedy) who are part of a group of defrocked priests. Turns out the apt building is a gateway to hell (ever notice how many gateways to hell there are in 70's horror movies) and every so often a new guardian (the current one being the blind priest) has to be chosen to watch over the expressway to hell portal. 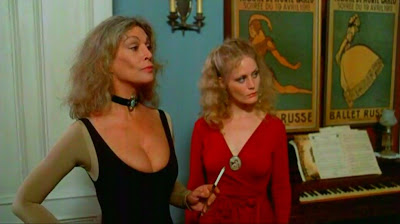 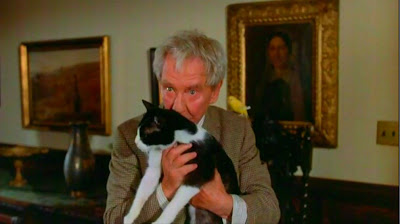 After attending a weird birthday party for Burgess Meredith's cat along with the other tenants Alison learns that all the other apts. in the building (save for the blind priest) are supposedly empty and it turns out all the people she thinks are living there are all infamous dead murderers. Later that night she investigates noises in the now deserted apts above her and in one of the movies more startling scenes stabs her recently deceased (and moldy looking) father. Afterwards of course no body is found, but later a body does turn up in another part of the city and Alison starts the "am I going mad ??" phase and dealing with disbelieving friends.
The plot unfolds with bunches of bizarre sequences with the climatic parade of minions from hell being a real jaw dropper. Winner caught a lot of flak at the time for this sequence as along with the movies excellent make-up effects by Dick Smith, real people with actual deformities were also used (shades of Tod Browning & Freaks). Filmed entirely on location in New York City ($350.00 rent for that brownstone !?!) and it remains one of the most unforgettable horror excursions of the decade. 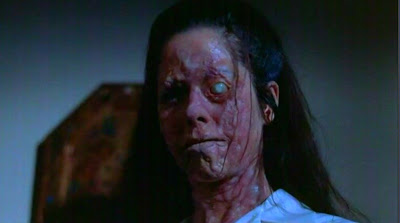 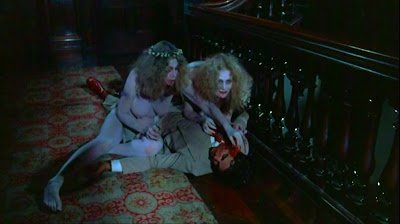 Almost as interesting as the movie itself is watching the veritable parade of big name stars and up and comers. Along with vets like the above mentioned José Ferrer, Arthur Kennedy, Ava Gardner & Burgess Meredith and plus Martin Balsam all doing the "I can work for two days and knock off a couple months mortgage payments" you also have sightings of Tom Berenger, Jeff Goldblum, Jerry Orbach (sporting a porn stash), Deborah Raffin, along with Walken & D'Angelo plus the great Sylvia Miles & Eli Wallach. Richard Dreyfuss can be spotted as an extra and ESPN sports guy Len Berman plays a real estate agent. This things got more "Hey look who that is" moments then a 70's disaster movie.
Anyone who's watched 70's horror movies (i.e. Burnt Offerings) can see the ending coming for miles away and as the two leads Raines and Sarandon are a bit flat, with Raines in particular sometimes having the acting range of old comatose priest John propped up in the window. But it can be said that her character's motivations do fit in with her sometimes dead pan delivery. The two leads however almost take a back seat to the other bizarre characters and the bat shit crazy plot. The Sentinel is one of those movies you most likely won't forget for awhile and any movie with Sylvia Mills & Beverly D'Angelo as naked cannibalistic lesbians, Ava Gardner, Christopher Walken, a portal to hell AND John Carradine has to be pegged with a least 3 *'s. This was one of ten (!) movies from 1977 that John Carradine appeared in (plus one cartoon voice-over). 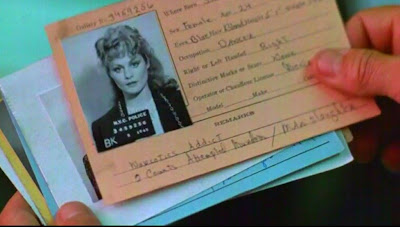 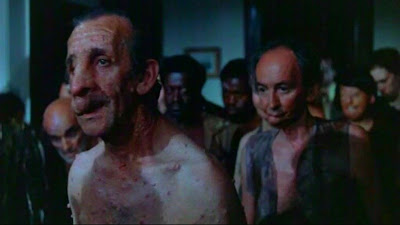 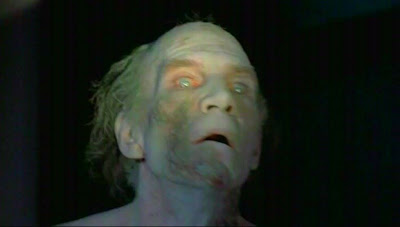