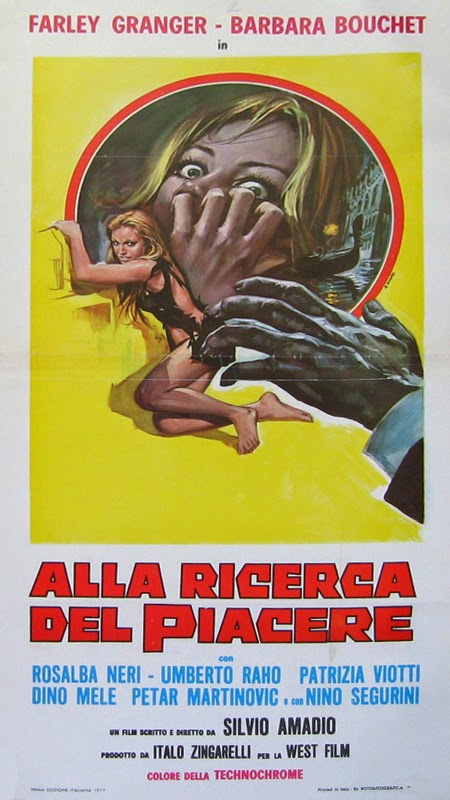 In a surprise release Code Red has put out a rather nifty double feature DVD consisting of the really insane Italian/Hong Kong (via Shaw Bros.)/ Mexican (!?!) co-production from 1974 SUPER STOOGES VS. THE WONDER WOMEN (which really has to be seen to be believed). Released under the banner of "Spaghetti Cinema" its the second feature on this disc that's the most interesting (at least to this blog) as it consists of an anamorphic widescreen copy (albeit cut) of Silvio Amandio's fascinating & weirdly perverse 1972 giallo ALLA RICERCA DEL PIACERE.
Released in the U.S. by Group 1 as AMUCK ! (and the title on the Code Red DVD case) the version included on this disc bears a MANIAC MANSION title card. Re-released under several titles & edits (including 78 min. LEATHER AND WHIPS version for the S&M crowd) the version here clocks in at 85 minutes as opposed to the original 98 minute running time of AMUCK ! The original cut was released on a bootleg DVD years ago by Eurovista (an off-shoot of the now defunct Luminous Film Wurks), while although uncut was sourced from a dead center VHS transfer of the film's 2.35:1 aspect ratio which meant that often inanimate objects such as chairs & lamps are visible while characters converse off screen. The disc's transfer was also hampered by a sickly greenish yellow tint over the majority of it.

Code Red's source print while cut is a revaluation as far as compositions & color are concerned and while plagued in certain spots with some off/faded colors, print damage and emulsion scratches (mostly at the reel changes) for the most part looks very good, is highly watchable and image-wise is a massive upgrade over the Eurovista DVD. I haven't had time to do a comparison but all the major plot sequences (along with the requisite nudity & blood) appear intact with just some peripheral scenes chopped here & there a bit as this version was most likely just cut to make it more compatible with double & triple features while leaving all "the good stuff" intact.
Starring both Rosalba and Barbara Bouchet (who are both at the height of their beauty here) along with a creepy performance by Farley Granger (from Hitchcock's STRANGERS ON A TRAIN) and filled with a druggy claustrophobic atmosphere of decadence & perversion this is one of the highlights of 1970's Italian giallo (and one of Rosalba's best roles).

All the above screen grabs are from the Code Red DVD 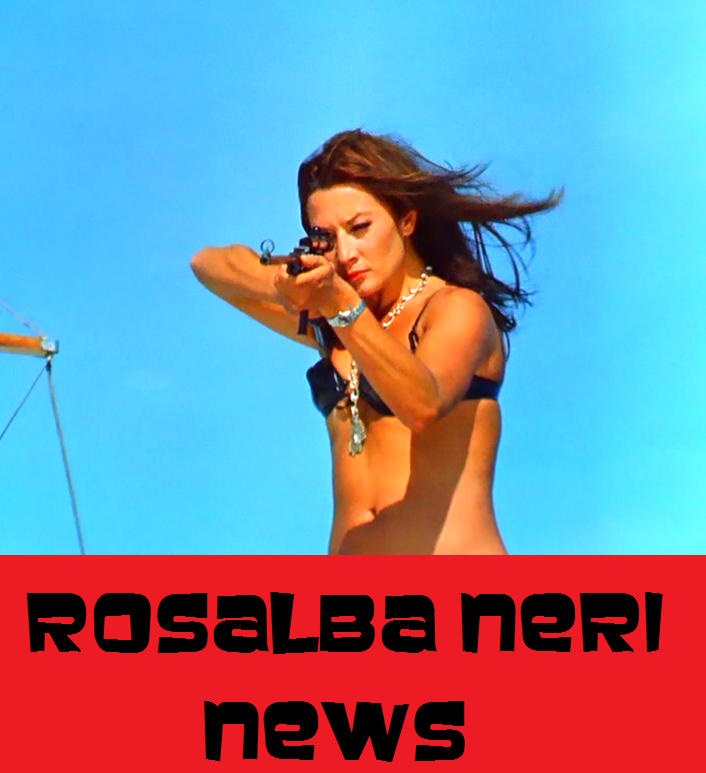