THE FOUR SKULLS OF JONATHAN DRAKE 1959 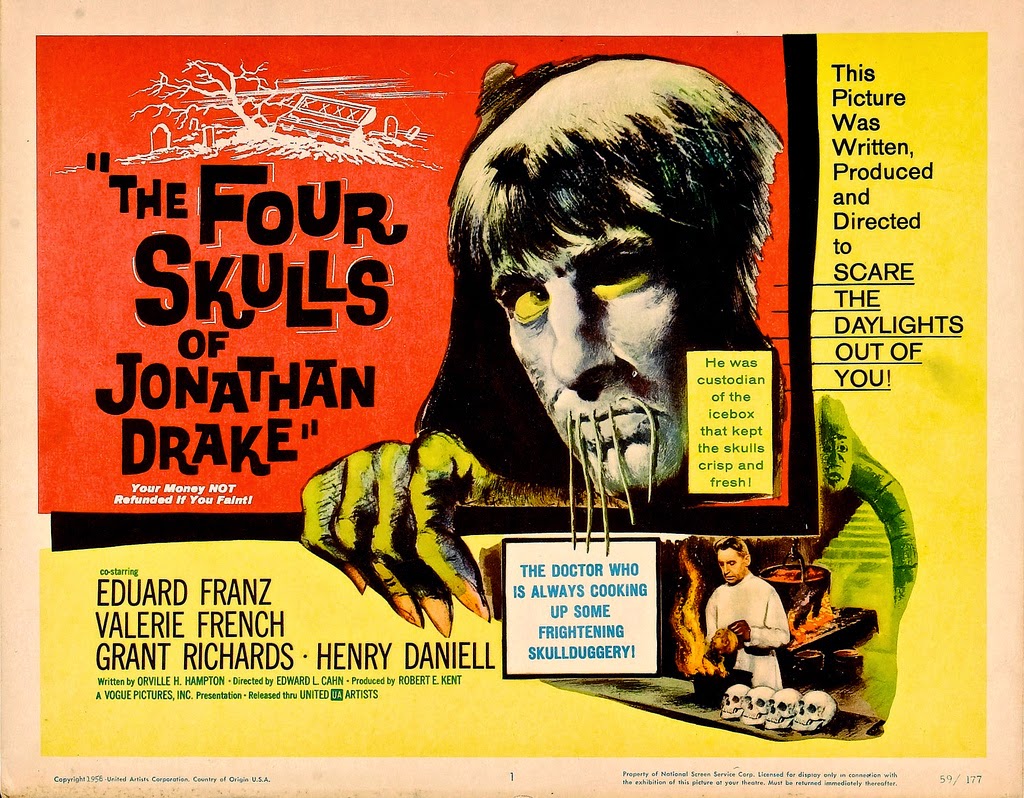 "This Picture Was Written, Produced and Directed To Scare The Daylights Out Of You !" 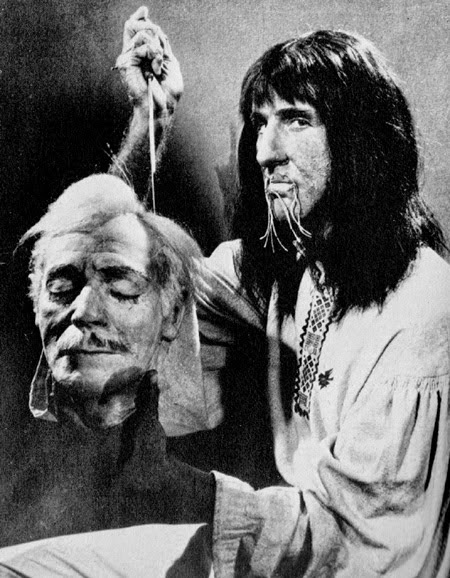 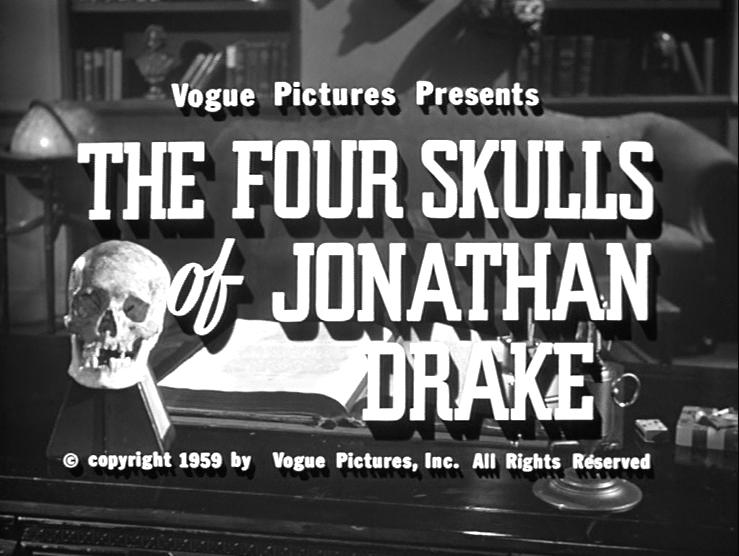 One of the more lurid and sensational low budget horror programmers to come out of the 1950's THE FOUR SKULLS OF JONATHAN DRAKE was a perennial favorite for Saturday afternoon horror hosts and boasted that infamous still that was an oft repeated image in Famous Monsters. In terms of 1950's horror and sci/fi it boasts a pretty impressive pedigree both behind and in front of the camera and features a story line that would to be right at home in an E.C. horror comic. The film is also interesting in the fact that as in WHITE ZOMBIE (1932) and I WALKED WITH A ZOMBIE (1943) it treats the subject of voodoo in a very serious way with an almost scholarly approach to it (complete with a step by step "how-to" for shrinking a head). In addition the script doesn't use frantically explained science hyperbole or natural facts to explain away the proceedings, leaving it up to supernatural and voodoo to the cause of the central horror. 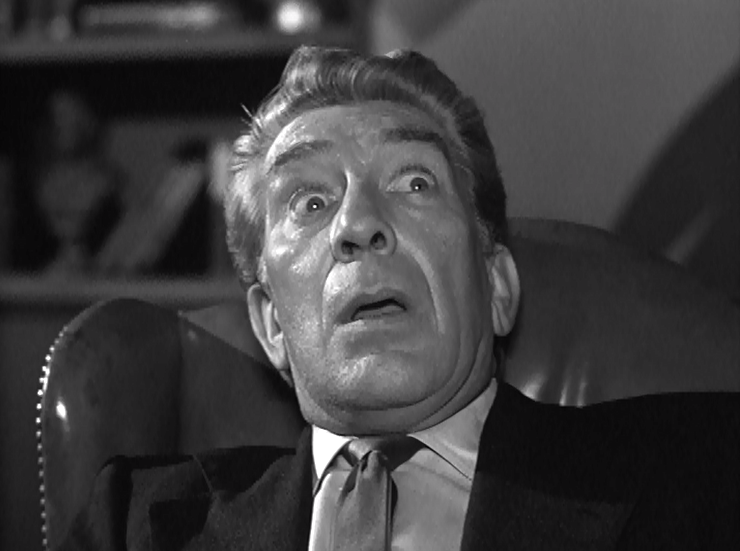 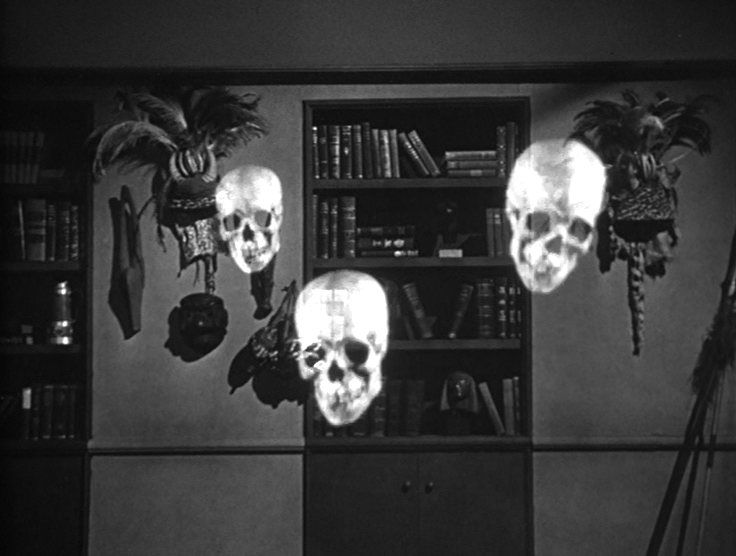 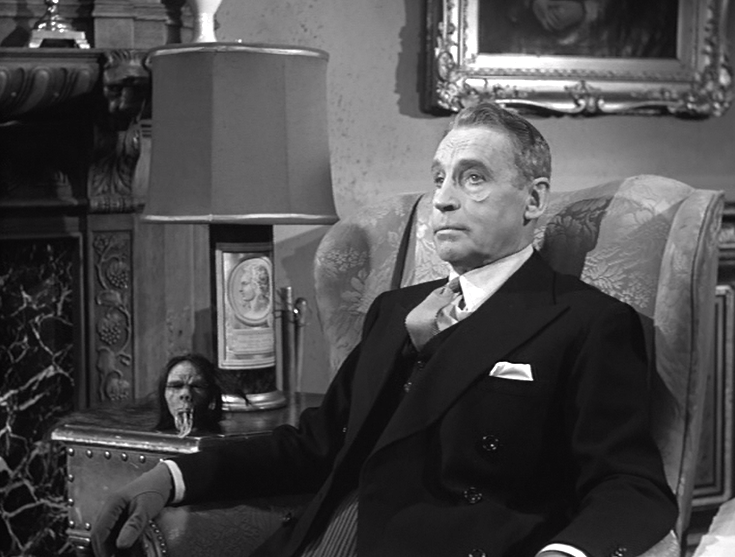 Approximately 200 years earlier a South American jungle trading post operated by the Drake family massacred an entire native village in attempt to rescue a captive member of their company group who they find beheaded (which will play into the plot in regards to the maim villain). Leaving alive only the tribal witch doctor, he of course imparts a curse upon the successive generations of the family. This manifests itself in the ongoing male members of future generations of the Drake family as each one of them dies around the age of 50 by apparent heart attack with their heads being mysteriously removed afterwards and skulls subsequently showing up in the family crypt.
Two brothers are now the sole reaming male members of the family left alive and after receiving a message from the elder brother Kenneth Drake (Paul Cavanagh from HOUSE OF WAX 1953) concerning shrunken heads that have been popping up, prompting younger brother Jonathan (Eduard Franz - THE THING FROM ANOTHER WORLD 1951) to travel to to his older brother's house accompanied by his daughter Alison (Valerie French from THE 27th DAY). Unfortunately they arrive just after Kenneth has been dispatched by a creepy figure with his mouth shown shut welding a curare tipped stick, a bamboo dagger and a basket for collecting heads. Arriving just in time for the funeral Jonathan (who is also an expert on the occult) opens his brothers casket and is shocked to find the head has been cut off. 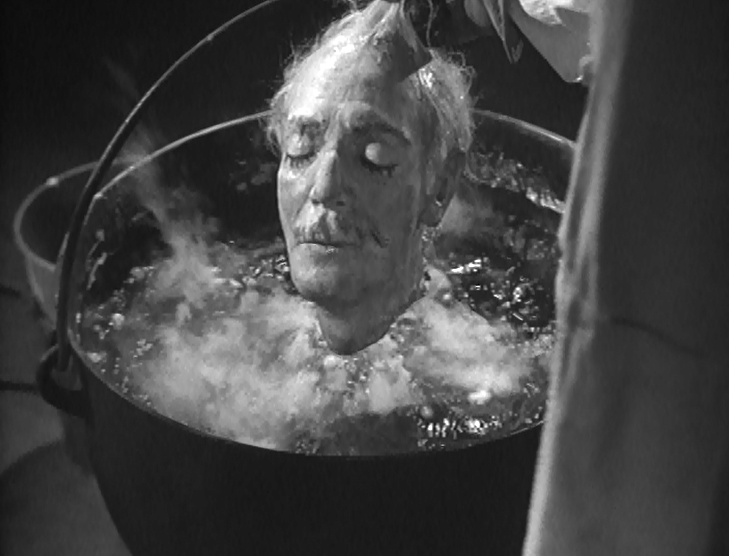 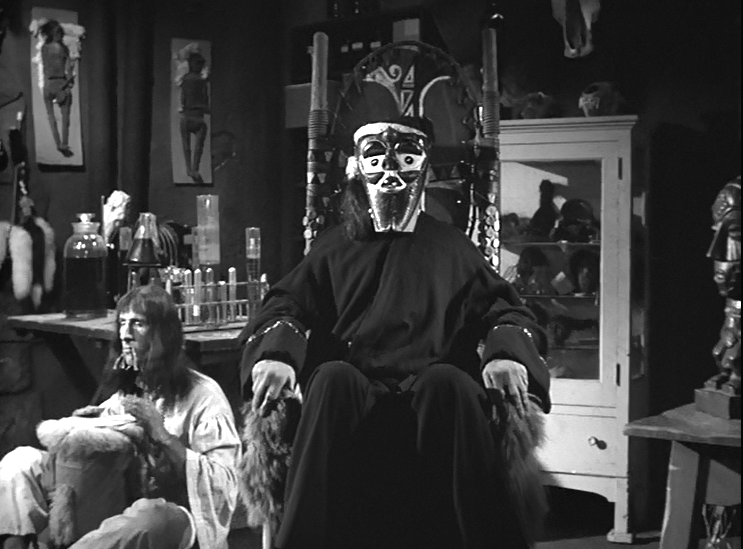 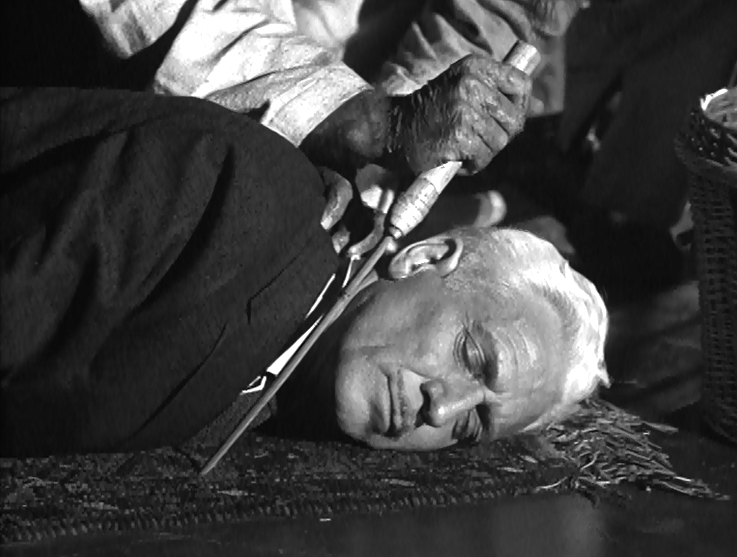 Also appearing on the scene is Mike Hammer-esque police detective Lt. Jeff Rowen (Grant Richards From T.V's THE UNTOUCHABLES) who is there to investigate the somewhat mysterious death and to provide a nominal love interest for Alison. The great Henry Daniell (THE BODY SNATCHER 1945) is also here as Dr. Emile Zurich. Without giving much away its fairly obvious from his first appearance that Zurich is is involved in the voodoo proceedings (why else would you have Henry Daniell here ??) - although there is quite a surprise concerning his "origin" that still packs a bit of a punch when viewed to this day. Famous for playing cultured and sophisticated men of evil intent, he's obviously rather old & frail here (he would die in 1963) but still bring a wonderful air of menace to the proceedings (you just know from his first appearance that he's up to something). 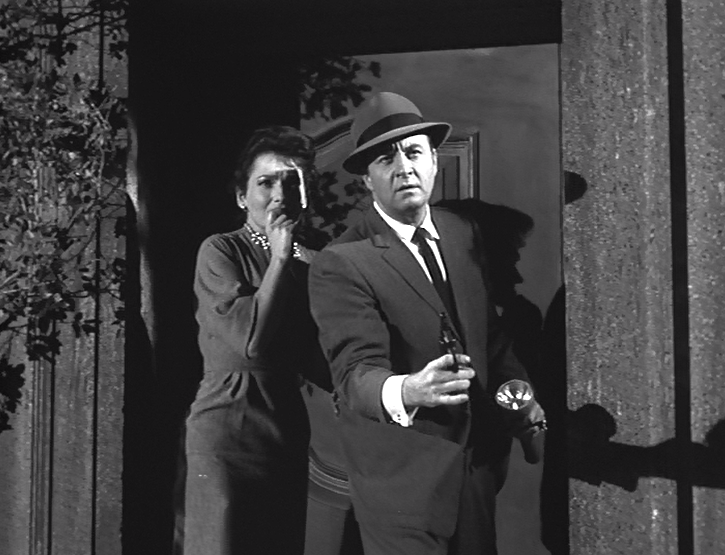 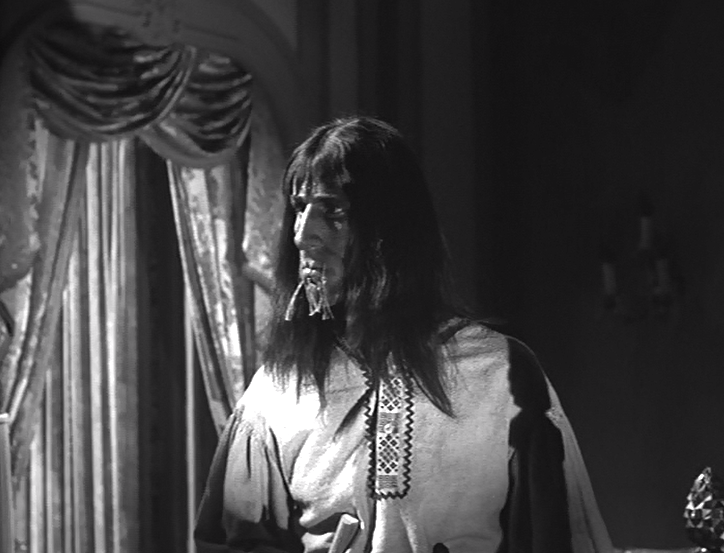 As romantic leads (luckily this is not played up to much) Grant Richards and Valerie French have about zero chemistry with Grant's police Lt. looking and acting like he stepped out of an episode of NAKED CITY. The film has a cramped set-bound look with all the cars driving through the same 20 ft. stretch of driveway, but is helped immensely by the creepy presence of Paul Wexler as the witch doctor Zutai and some gruesome close-ups of the shrunken head process and thankfully the plot doesn't (in it's 70 minute running time) get bogged down in the police procedures or romantic sub-plots. Directed by Edward L. Cahn ( IT ! THE TERROR FROM BEYOND SPACE, INVASION OF THE SAUCER MEN & CURSE OF THE FACELESS MAN) and photographed by Maury Gertsman (SHE WOLF OF LONDON) and with a suitably creepy score by Paul Dunlap (who cranked out literally dozens and dozens of scores for low budget movies in the 50's and 60's among them I WAS A TEENAGE FRANKENSTEIN & BLOOD OF DRACULA). It's available on DVD in the Midnight Movie series in a double feature with Boris Karloff's VOODOO ISLAND. 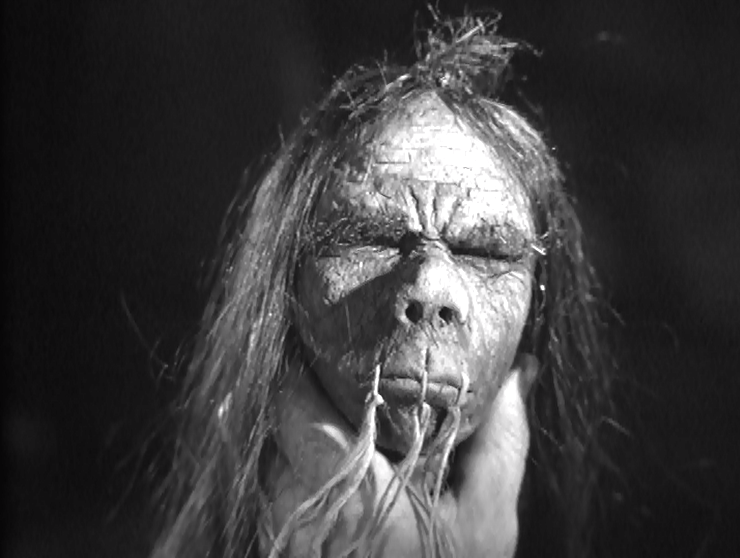 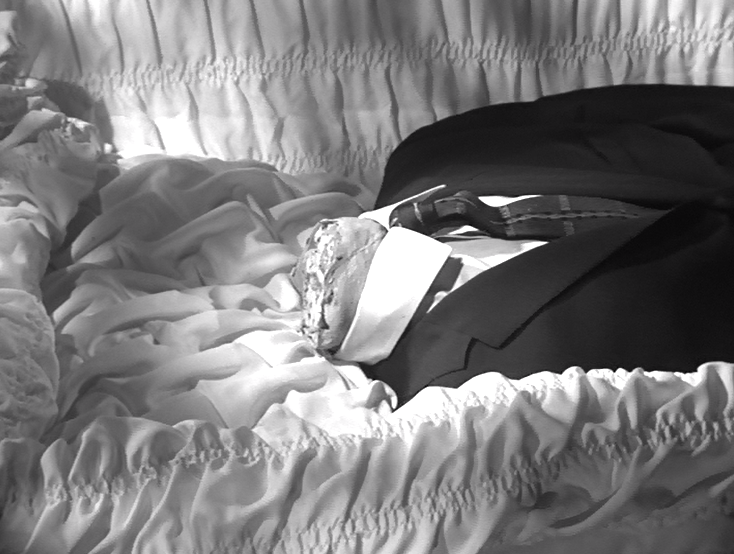 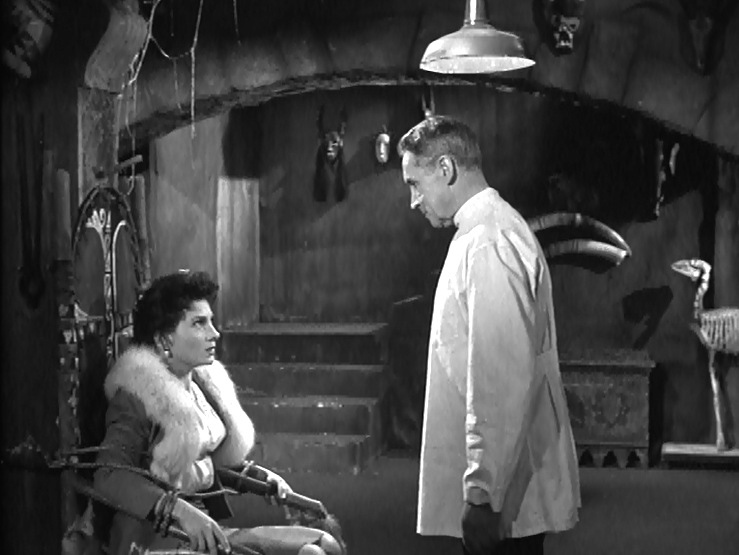 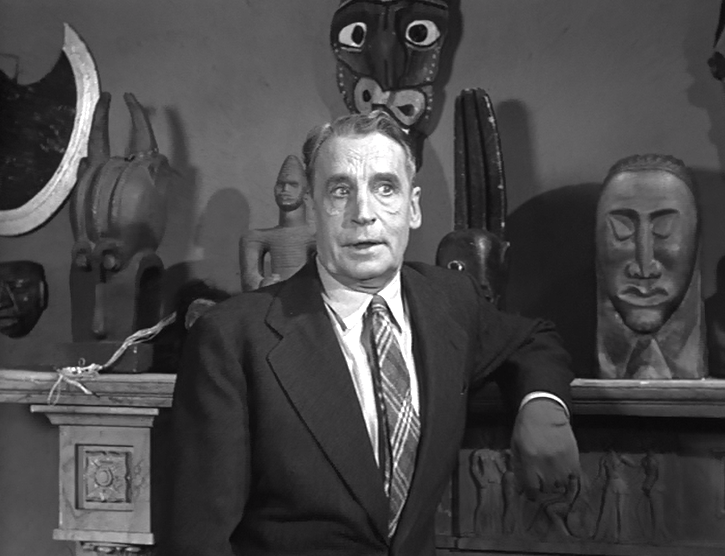 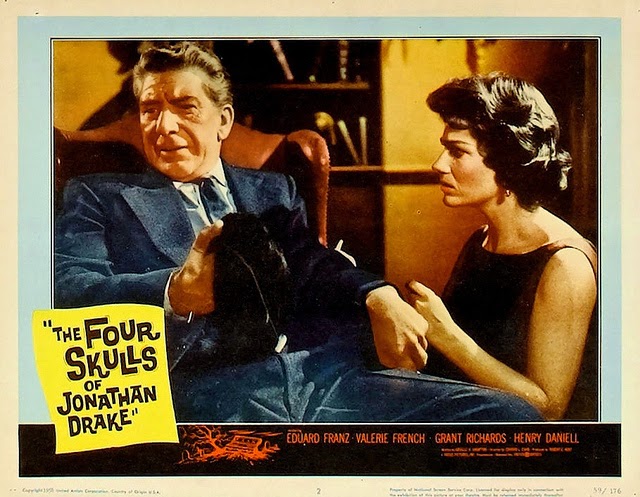 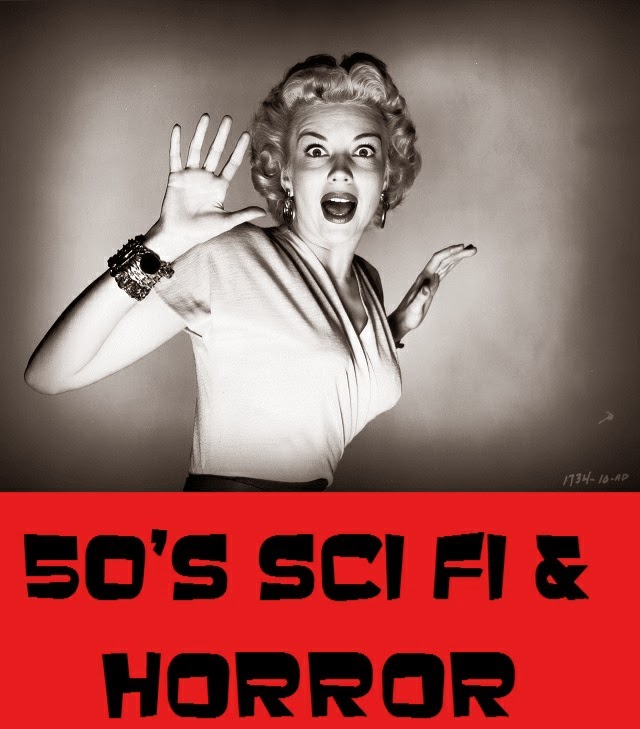