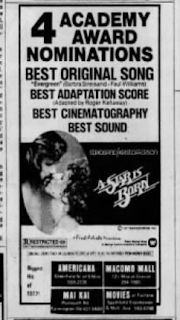 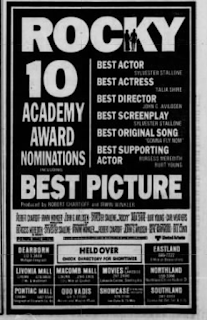 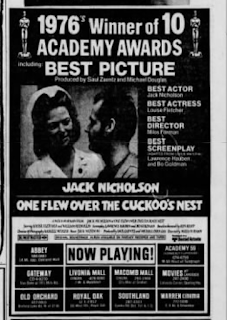 Ralph Bakshi's WIZARDS is still playing at multiple theatres 5 weeks after its opening and would soon become a "midnight show" staple on Fri. and Sat. late nights along with various concert films for hordes of stoned patrons. 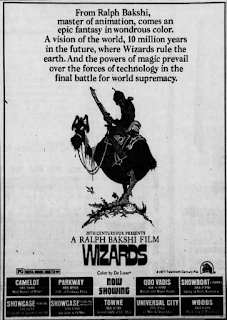 A triple feature of J.D.'s REVENGE, COOLEY HIGH and CORNBREAD, EARL AND ME at The Mercury on 6 Mile and Schaffer. This trio ran for what seemed like years at local theatres. 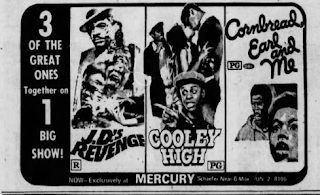 Kroger Babb's infamous UNCLE TOM'S CABIN is in its "Second Big Week!". Exploitation huckster extraordinaire Babb was famous for his sex-hygiene, nudie, and birth-of-a-baby films such as MOM AND DAD and had a career going back to the '30s. Cashing in on the MANDINGO and DRUM hype in the '70s, he bought a German-produced version of UNCLE TOM'S CABIN with Herbert Lom as Simon Legree and hired low-budget guru Al Adamson to shoot additional scenes of sex and sadism which he inserted. 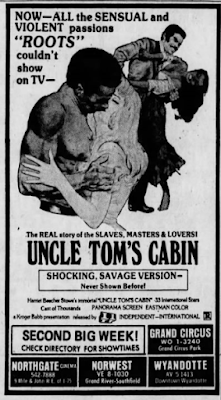 There's a double feature of the kinda/sorta EYES WITHOUT A FACE inspired MANSION OF THE DOOMED (with an early appearance by Lance Henrikson) and Juan López Moctezuma's recut and edited AT THE MANSION OF MADNESS under the title DR. TARR'S TORTURE DUNGEON.

Based upon a series of unsolved murders around Texarkana in 1946, Charles B. Pierce's atmospheric proto-slasher THE TOWN THAT DREADED SUNDOWN has been held over. With a post-GILLIGAN'S ISLAND Dawn Wells, 70's exploitation stalwart Andrew Prine, and in a bit of bizarre casting Ben Johnson as a Hispanic town sheriff. 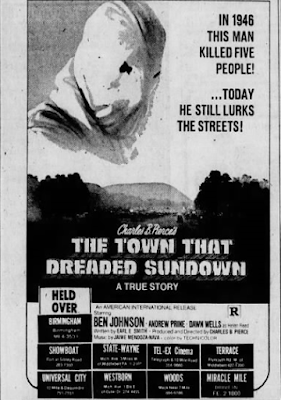 "The Dirtiest Harry Of Them All!" THE ENFORCER is playing all over the place including the Troy Drive-In which is where I saw it. 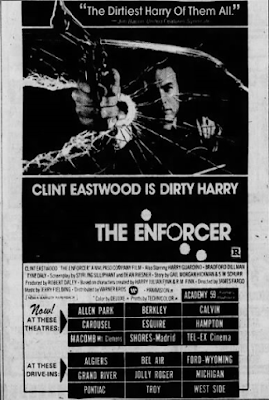 The Americana, Eastland, and The Showcase have a preview for the "R" rated SLAPSHOT with the disclaimer "certain language may be too strong for children" - but hey most of the language is fine and makes for a great family movie-night out! 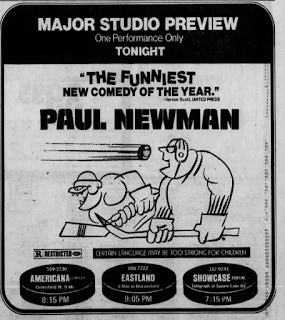 The mythical THE FARMER is getting a pretty wide release in the Motor City. This lost exploitation revenge has never been issued on home video. 43 years on and I'm still kicking myself for missing this one.

Held over is Michael Winner's gloriously lurid and wonderfully trashy THE SENTINEL which features Burgess Meredith channeling Ruth Gordon from ROSEMARY'S BABY, Beverly D'Angelo & Sylvia Miles as lesbian cannibals along with a pretty unbelievable cast of former Hollywood A-listers and up and comers.  And hey, there's John Carradine in one of his 11(!!) film roles from 1977. 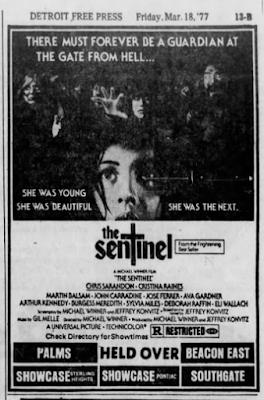 CHATTERBOX staring the wonderful Candice Rialson is just playing at the Fairlane Drive-In after opening back on Feb. 2. It features Railson as a young woman and her adventures with a unique bit of talking anatomy. 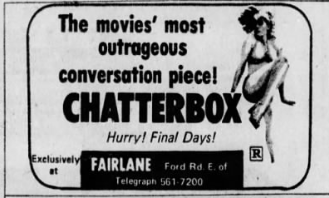 For the kiddies, there's a matinee of BRIGHTY OF THE GRAND CANYON, and Disney's FREAKY FRIDAY is in its "Seventh Freaky Week!" 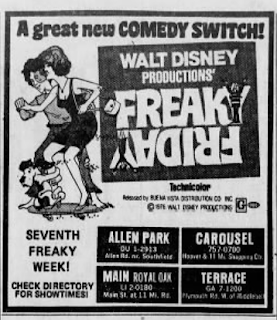 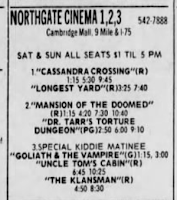 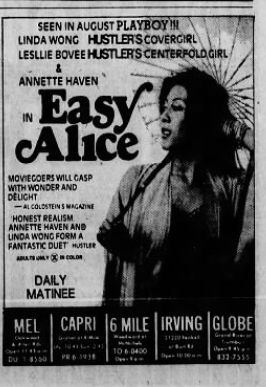 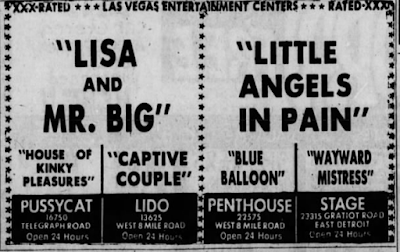 And some motocross racing coming up  at the Pontiac Silverdome 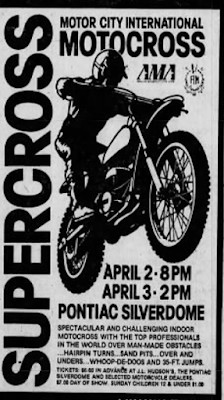